Five years after the Dieselgate scandal, new research puts some figures on the social costs of vehicle emissions in over 400 European cities. It turns out that the annual damage to each city is worth €385 million on average. 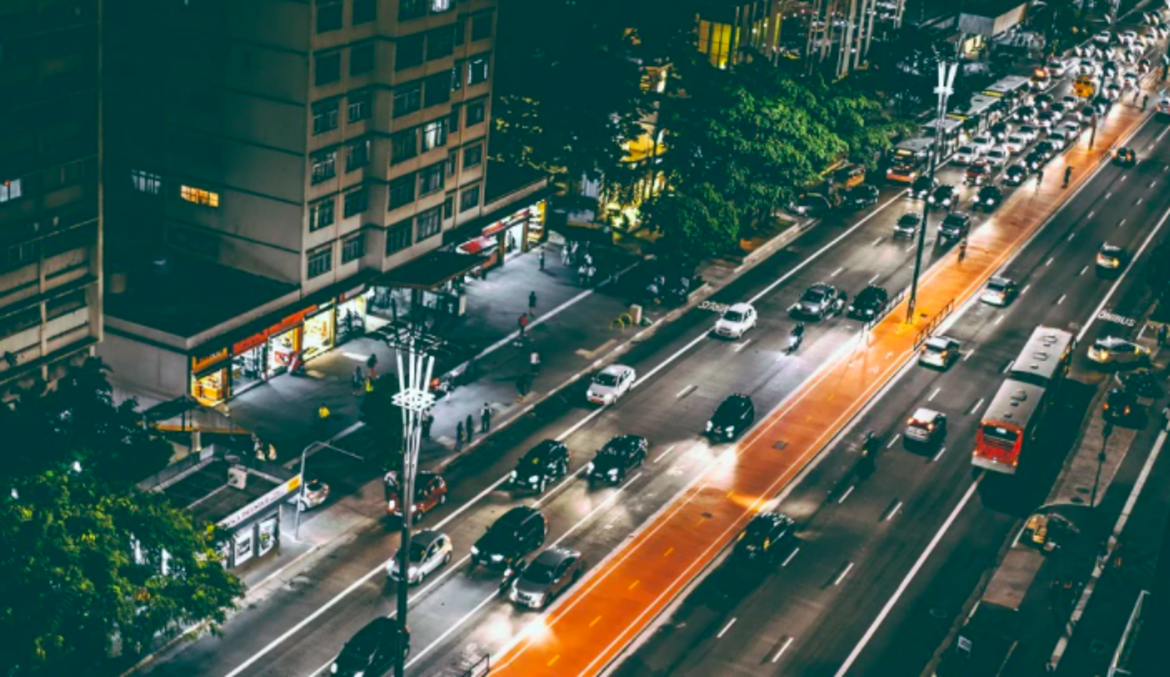 We've been covering the health impact of air pollution for years, with a special focus on the harm caused by cars' emissions.

On the fifth anniversary of the Dieselgate scandal, a new study  shows that 130 million inhabitants of major urban areas across Europe have paid social costs amounting to over €166 billion each year due to road transport pollution.

The research was commissioned by the European Public Health Alliance (EPHA), a network of national healthcare NGOs, and conducted by the environmental consultancy CE Delft. Researchers quantified the monetary value of the health impact of pollutants emitted from vehicles in 432 European cities in 30 countries (the EU member states plus the UK, Norway and Switzerland), using reported pollutant concentrations and other data from 2018 as a reference. It turns out that each city pays €385 million in annual damage on average. Results may be slightly higher or lower in comparison to previous or following years.

Most traffic pollution comes from diesel cars and lorries which, in the wake of the Volkswagen emissions cheating scandal in 2015, were found to exceed EU limits for Nitrogen Dioxide (NO2). Moreover, diesel models older than Euro 6 generally emit more Particulate Matter (PM) than other types of fossil-fuel engines and currently represent the largest share of the European fleet. Diesel, including the fraction emitted above the legal thresholds, is therefore responsible for a major portion of the damage calculated by the study.

The social costs of traffic pollution

Social costs measure the overall erosion of public wellbeing, commonly defined as living a healthy life for a long time-period in a clean environment. Welfare is affected by health impacts relating to either premature mortality or morbidity (diseases), contributing respectively to 76.1 percent and 23.9 percent of all damage in the European sites investigated by the study. Social costs comprise losses which can be directly monetized in the form of healthcare expenses (e.g. hospital admissions), in addition to losses which can only be indirectly quantified based on the amount of money that people are willing to pay to avoid them (e.g. reduced life expectancy).

City size, combined with the level of pollution, is a key factor contributing to the total social cost. The larger the population, the higher the proportion of people who need days off work or who go to hospital due to pollution-related sickness. In absolute terms, London is the city recording the highest loss in wellbeing. Its 8.8 million inhabitants pay a total €11.38 billion per year. The UK capital is followed by Bucharest (€6.35 billion), Berlin (€5.24 billion), Warsaw (€4.22 billion), Rome (€4.11 billion), Paris (€3.50 billion), Milan (€3.50 billion), Madrid (€3.38 billion) and Budapest (€3.27 billion). Altogether, these ten cities account for nearly 25 percent of the damage recorded by all 432 cities.

Among cities there is a substantial spread in the annual cost, both per-capita and as a proportion of the local income. On average, every inhabitant of an European city suffers a wellbeing loss of over €1,276 a year, equating to 3.9 percent of the average income earned by town dwellers. Bucharest has the highest loss per capita at over €3,000, while Santa Cruz de Tenerife in the Canary Islands has the lowest loss, at under €400. In the largest European capitals, including London, Paris, Berlin, Madrid and Rome, citizens lose respectively 6.2 percent, 4.8 percent, 3.8 percent, 3.1 percent and 2.4 percent of their annual income. The highest health-related social costs, between 8-10 percent of income earned, are to be found in cities of Central-Eastern European countries, namely Bulgaria, Romania, and Poland.

“The research findings provide additional evidence that reducing air pollution could save significant health costs for people. Lowering transport emissions in European cities should be among the top priorities in any attempt to improve the welfare of city populations in Europe,” said Zoltán Massay-Kosubek, EPHA Policy Manager. “The present coronavirus pandemic has only underscored this, since deadly diseases associated with air pollution contribute to COVID-19 deaths.”

The research focuses only on three pollutants: PM, NO2 and ground-level ozone (O3). These are respectively responsible for 412,000, 71,000 and 15,000 premature deaths across Europe, according to the latest report by the European Environmental Agency (EEA). Diesel plays a major role in the formation of all of them. Indeed, diesel vehicle exhausts directly emit higher levels of nitrogen oxides (NOx) than petrol vehicles. A part of NOx turns into NO2 when entering the atmosphere, while another part reacts with additional volatile organic compounds, indirectly generating both secondary PM and O3.

Researchers found that particles (including two particle sizes: the smaller PM2.5 and the larger PM10) cause the vast majority of the total social costs. On average, over all 432 cities, PM2.5/PM10 makes up 82.5 percent of the total damage, while NO2 and O3 contribute, on average, respectively 15 percent and 2.5 percent. Numbers, though, differ considerably between cities. For example, the estimated contribution of PM2.5/PM10 to total damage varies from a low of 60.1 percent in Funchal, Portugal, to a high of 94.0 percent in Narva, Estonia. The contribution of O3 is in general very small and varies from 0 percent in the Estonian cities Tallinn, Tartu and Narva, to 7.6 percent in Cáceres in Spain. The estimated contribution of NO2 varies from 4.8 percent in Palencia, Spain to 34.4 percent in Funchal, Portugal.

Other pollutants with adverse impacts on human health, such as ultrafine particles, black carbon, polycyclic aromatic hydrocarbons and heavy metals, were not considered by researchers due to a lack of consistent data. Also, some large European cities have only a limited number of PM, NO2 and O3 monitoring stations, leading to an underestimation of air pollution. The social costs presented in the study are therefore much lower than in reality.

The advantages of the study, compared to previous and often more detailed analyses, are the sheer number of the cities covered, as well as its robust and standardised methodology, which isolates and evaluates the health impact of traffic-originated air pollution while factoring out other sources of urban pollution (primarily household heating, agriculture and industry). However, given all the variables in the study’s model, the uncertainty margin is around 30-40 percent. This implies that the data reported in the study could be a factor of 1/3 lower or higher.

The study used widely recognised cost-benefit indicators developed by environmental economists to monetize indirect social costs, meaning anything different from financial expenditures. Such indicators provide an estimate of the sum of money that individuals would be ready to pay to prevent  adverse outcomes which have no market price. Estimates are based, among other things, on the willingness to pay a higher rent to live in urban areas less exposed to pollution, or higher insurance to access better healthcare services. As for the monetary valuations, the indicators show that preventing child mortality is worth a different amount than preventing incurable diseases (such as chronic lung disease) and so on. Monetising and comparing both direct and indirect health impacts between cities gives a more objective picture of how seriously poor air quality reduces wellbeing at local level.

The research also shows that transport policies influence how much citizens pay for air pollution. For example, a 1 percent increase in average duration of the drive to work increases the damage of PM10 by 0.29 percent. This increase is more than double that (0.54 percent) for NO2, which confirms the considerable health burden of diesel emissions. If drivers reduced the time they spend in their diesel cars by 1 percent, due for example to bans from city centers, all 432 cities would save at least  €148.3 million. Citizens in London, Paris, Berlin, Madrid and Rome alone would benefit from a reduction in the air-pollution bill worth respectively €13.16 million, €15.64 million, €3.93 million, €3.67 million and €3.83 million. A 1 percent increase in the number of cars in a city increases the overall social costs by almost 0.5 percent.

These findings are a wake-up call for both citizens and local government, showing that reduced commuting and car ownership has a positive impact on air quality and urban wellbeing. “The health-related social costs of air pollution should be assessed by transport-policy decision-makers in city councils, mostly when planning the necessary transition of urban mobility from dirty internal combustion engines, such as diesel, to zero- and low-emission alternatives,” said Massay-Kosubek. “The study clearly shows that policy decisions to clean urban transportation cannot wait any longer, in order to improve citizens’ welfare.”