Animosity towards journalists is growing in Europe too

On the 25th of April, Reporters Without Borders (RSF) published their World Press Freedom Index for 2018. The situation in Europe is alarmingly worsening, says the Paris-based NGO. 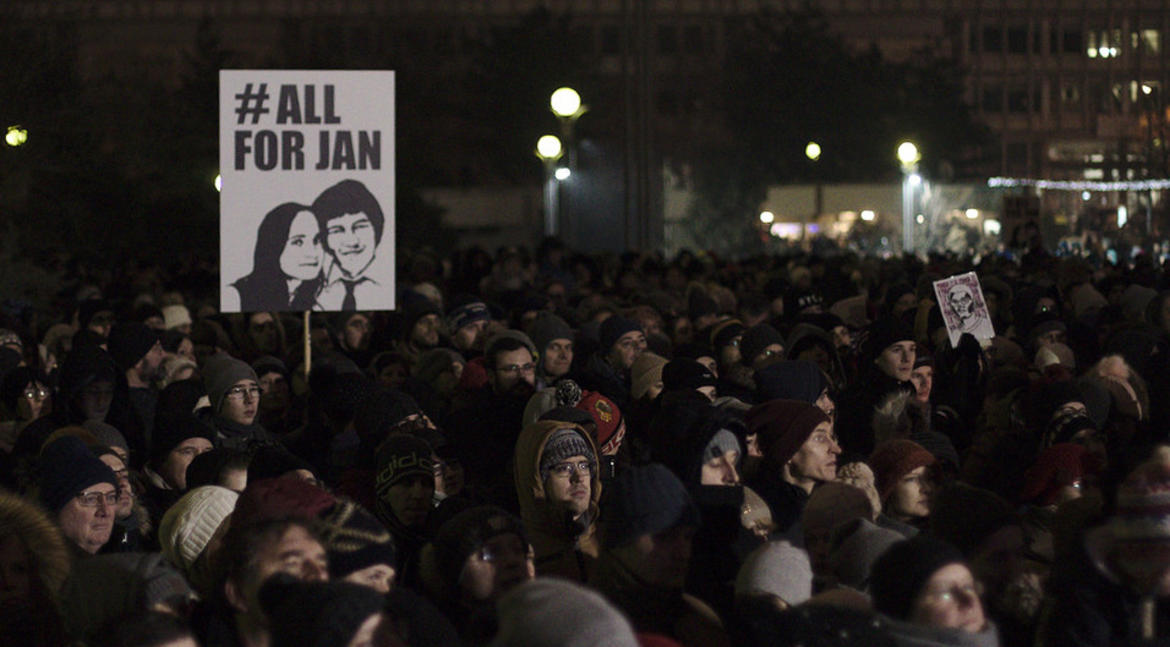 On the 25th of April, Reporters Without Borders (RSF) published their World Press Freedom Index for 2018. Europe hasn’t escaped the global trend of “growing animosity towards journalists”, condemned by the Paris-based NGO.

RSF suggest an all too real “erosion of the European model”. In the report which accompanies the index, we read that “verbal violence from politicians against the media is also on the rise in Europe, although it is the region that respects press freedom most.” It is in Europe, the geographical region where press freedom is least threatened, that the index has most significantly worsened.

“Of the five countries where press freedom has most significantly worsened in the 2018 ranking, four are in Europe: Malta (65th place, 18 places lower than in 2017), the Czech Republic (34, -11), Serbia (76, -10) and Slovakia (27, -10). In the Czech Republic, president Miloš Zeman turned up to a press conference armed with a kalashnikov inscribed with the words, 'for journalists'. In Slovakia, Robert Fico, prime minister up until March 2018, referred to journalists as 'dirty anti-slovak prostitutes' and 'idiotic hyenas'. One journalist, Ján Kuciak, was assassinated in February in the central European country, after the death of Daphne Caruana Galizia in a car-bomb attack in Malta”, the report recalls.

“This sickening atmosphere is not limited to Central Europe”, continue RSF, according to whom “political leaders elsewhere have resorted to this rhetoric, which is not just unpleasant but is also dangerous for journalists”, notably in Austria, where the far-right FPÖ regularly accuse the public television station ÖRF of trafficking in lies; or Spain, where tensions surrounding the Catalan independence referendum “created an oppressive atmosphere for journalists”. Even the Nordic countries, while retaining their lead in the ranking, have seen the climate for the practice of journalism worsen, with political interference and the murder of Swedish journalist Kim Wall in Denmark (9, -5).

To threats and insults from politicians are added the interference of those in power, and harassment from criminal organisations operating in Europe, which target investigative journalists in particular. Besides the shocking cases of Daphne Caruana Galizia and Ján Kuciak, physical attacks and death threats by mafia groups against journalists are frequent in Bulgaria (111, -2, the lowest ranking country in Europe), but also in Italy (46, +6), Montenegro (103, +3) and Poland (58, -4).

The worsening situation for press freedom is equally clear when we restrict the analysis to EU member states, where the scores of 16 out of 28 countries have fallen since 2016:

“In many European countries, we have seen a proliferation of verbal attacks, even at the highest political level, against journalists. Some verge on incitement to violence, and yet no EU politician has condemned these attacks. This encourages hatred towards media outlets and journalists”, Julie Majerczak, advocate for RSF in the EU, told EDJNet.

“Nevertheless”, she continues, “the EU can do a lot to combat the worsening situation for press freedom in Europe, firstly by dealing with judicial harassment, that is to say, the lawsuits that politicians use against journalists, investigative journalists and freelancers in particular, with the sole aim of obstructing their investigations and harming them economically.”

“The EU should also deal with the application of criminal sanctions in cases of defamation”, she adds. “Finally, it should have a consistent attitude towards individual countries’ respect for press freedom: while candidate countries are placed under extremely rigorous checks, once they become member states their breaches of press freedom are no longer taken into account. Similarly, the EU could make the granting of financial aid conditional on the respect of the rule of law, of which press freedom is a fundamental element.”

As for measures just recently announced by the European Commission, likely to have a positive impact on press freedom – the directive for the protection of whistleblowers and the European code of practice on disinformation – Majerczak judges the first a “step forward”, while noting a “major weakness” in the fact that “the procedure by which a whistleblower turns to a media outlet is very strictly circumscribed, and cannot be seen as addressing journalists directly”. As for the second, published on the 26th of April, RSF will make its position known in the next few days.

The methodology for determining the index is based on responses provided by experts to a questionnaire created by RSF each year. The questions focus on pluralism, media independence, the media environment and self-censorship, the legislative framework, transparency, and the quality of the infrastructure that supports the production of information. “This qualitative analysis is combined with quantitative data on abuses and acts of violence against journalists during the period evaluated”, explains the organisation.