"With the pandemic, it was a prison within a prison”

Aurélie, 27, spent several years in prison. Maxime, 35, was an inmate in the Paris region, where the overcrowding rate is 160%. Like 13,000 other prisoners, he got out thanks to early-release measures enacted between March and May 2020. They told us their stories. 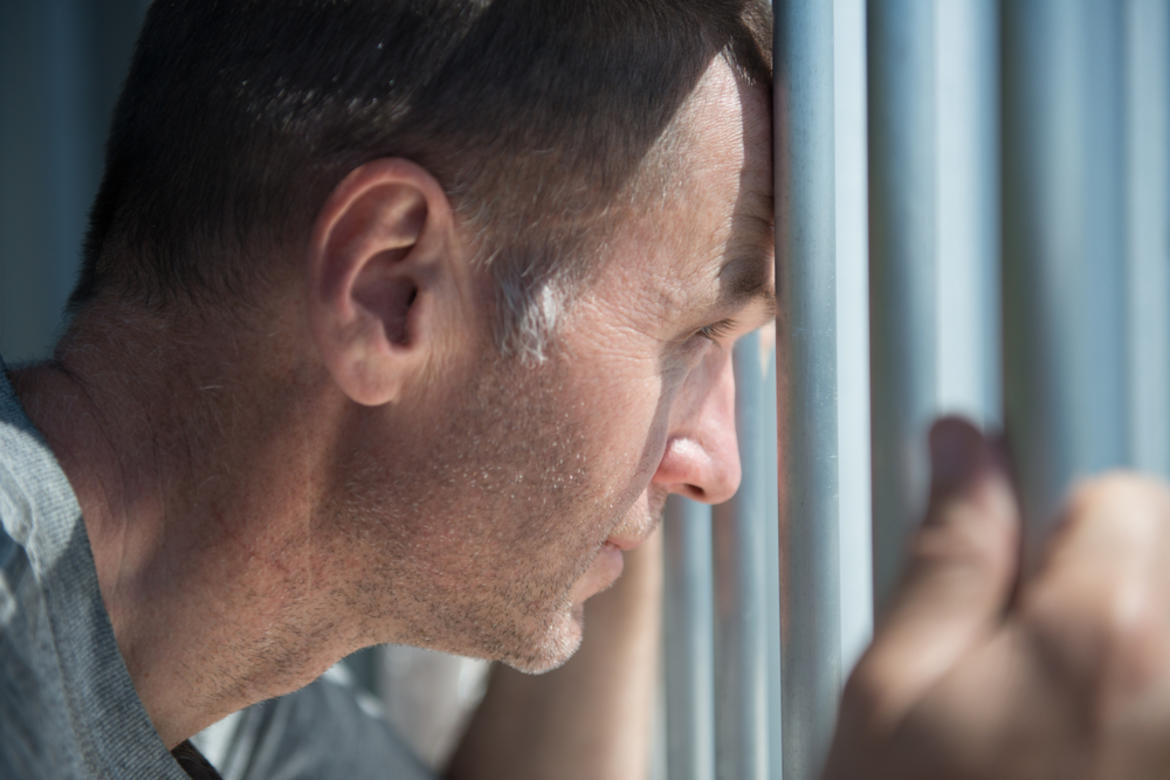 "The prison administration had no idea how to handle the situation", recalls Aurélie. Incarcerated in a French prison designed for people serving more than two years, she had previously been in an "open regime" allowing prisoners to move freely around the building during the day. "When the lockdown was announced, we could no longer leave our wing, which has 30 cells. The wardens opened the doors intermittently: one half in the morning, the other in the afternoon, to limit contact between us.”

Unlike in normal prisons where the rule of individual cells is almost always respected, Maxime was in a low-security maison d’arrêt during the lockdown. "You have to imagine being locked up for 22 hours a day with people you don't know. And even then, there were only two of us. But you have to share a toilet, without separation from the rest of the cell."

"Hygiene is the main problem. When there is no shower in the cell, as in my case, we go in small groups three times a week. We thought that with Covid, we could maybe shower every day, but no. Not to mention the state of the communal showers. Everything is old and dilapidated!” In modern prisons, the problem of sanitation is less glaring. But Aurélie felt forgotten. "While we were talking about nothing but hygiene, we had no disinfectant or soap to clean our cells, and hydroalcoholic gel is banned in prison, in case we were to want to drink it!"

As for masks, in France they were distributed in different ways depending on the prison. While most received them in the autumn of 2020, Aurélie says she waited until January 2021: "This is also a great paradox: in prison, one must not have one's face masked, so the wearing of masks raised questions. During this period, I really felt doubly stigmatised. Because of my status as a prisoner, but also because I represented a risk for transmission of the virus. In my corridor, the wardens no longer wanted to approach us, some even put the meal tray on the floor."

"Social life in a maison d’arrêt is already very limited under normal circumstances. You don't eat in a group but with your fellow inmates in your cell. Apart from walks and possibly workshops, boredom quickly sets in.” Before the lockdown, after six months of waiting, Maxime had obtained a place in a workshop, "in maintenance". "I finally had a reason to get up in the morning, it filled my days", he says. With Covid-19, it was back to the cell. He could also forget about the meagre income from working. "The walk was the only excursion possible. My fellow inmate did not go out. Given that there was no bench, no tree for shade, no toilets, and the fear of contamination... He stayed in the cell all day."

No more activities, no more learning activities or work in the workshops, for several weeks, sometimes several months. "It was like a prison within a prison", says Aurélie. Above all, no more visits with relatives. "I think that was the hardest thing for many. When you're locked up, everything that comes from outside does you good. Before Covid, my mother used to bring me books but also new clean clothes, and that's a pleasure. Not wearing the same thing every day", says Maxime. The sentiments are shared by Aurélie, who was incarcerated in the same prison as her husband. "Even the internal visits were stopped. Usually, we could see each other once a week. Then I had no contact for three months." She acknowledges "a significant act of goodwill" on the part of the government with the granting of a telephone package of €25 in March and €40 in April and May, but plays down the idea that this was sufficient compensation to maintain contact with relatives. "At that time, we did not yet have a landline in the cell, so we had to share the cabin in the corridor. In prison, €40 works out at 4 hours of calls on a landline and 2 hours on a mobile phone..."

In April 2020, Maxime benefited from measures allowing the early release of certain prisoners nearing the end of their sentences. "In the end, I was almost lucky with Covid", smiles the thirty-year-old. "Everything went super fast." The announcement of the good news by his probation officer, his release, his return home. "This was not how I imagined my first days outside: we were still locked down. At least it wasn't prison any more. I was able to see my mother again, I got a phone. I was allowed to go shopping! All these little things that made me feel free. No more bars on the windows, no more people shouting, banging on the walls at night..." During the pandemic, prisoners’ access to healthcare, both physical and psychological, was limited to emergencies only.

Aurélie was not so lucky. The sentence she had left to serve was too long, so she stayed inside until July 2021. She experienced the various waves of the epidemic, the adaptation by the administration, the easing of certain measures and the new restrictions. "At the end of the lockdown in May 2020, we started to be eligible for leave again, but when we returned from leave we would spend 10 days confined in the arrival block. That’s to say, in a cell that is not 'ours', with no personal belongings, with the only relief being a walk in the solitary yard.”

The women's section’s activity room, which allows prisoners to meet in small groups, also remained closed for a whole year. "We were able to move around a little more freely again, but we were not allowed to meet in pairs in our cells to have coffee. If we did that we risked an incident report for endangering the lives of others. The management was completely security-obsessed. The worst was during the cluster events. The last time, for almost three weeks, we were locked in our cells the whole time. 500 people had to be tested in one day.” And when the vaccination campaign got underway, it was in a climate of mistrust, she says. "We were faced with a lot of misinformation and conspiracy theories, spread by the wardens or the inmates, many of whom do not read or speak French well. In any case, I have the feeling that we were never considered a priority part of the population.”

In the end, Aurélie was also able to finish her sentence outside prison. There were difficulties in preparing her probation during the pandemic, but she is now pursuing her studies in literature which she started in detention.