With loosened cohesion rules, EU money is channelled away from climate action

EU countries have reallocated €3.8 billion of EU structural funds away from climate action to enable a rapid response to the Covid-19 crisis. However, the European Commission hopes that the incoming fresh cash will reverse that trend. 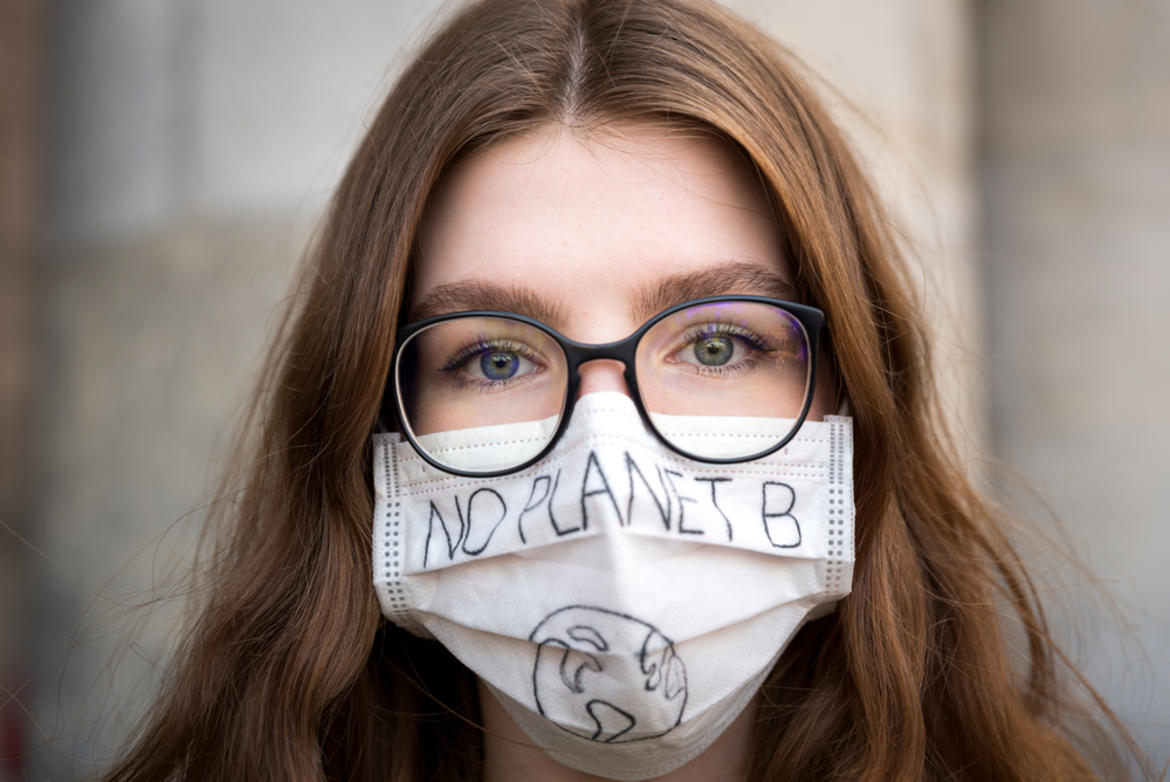 A participant in the Youth strike for climate in Warsaw, September 2020 (photo: © Damian Lugowski/Shutterstock)

In spring 2020, one of the European Commission’s responses to the first wave of the Covid-19 crisis was the relaxation of rules on regional funding, which allowed EU countries to re-budget €37 billion that had to be returned to Brussels coffers.

Figures show that many member states channeled money away from climate and green investment and into “generic support of SMEs” as well as public health actions. As a result, by the end of 2020, the share of EU aid planned for climate action in the bloc’s regional funds (the European Regional Development Fund and Cohesion Funds) decreased by €3.8 billion, from 21.1 percent to 19.4 percent. These figures may become even more pronounced over time, as countries can keep reallocating funds from the previous 2014-20 long-term budget until 2025.

The Commission hopes that the trend will reverse this year with the fresh funds from the €47.5 billion pot called REACT-EU of which a quarter is earmarked for greening.

As of 16 December 2020, 25 EU countries and the UK had requested 239 changes to their existing cohesion policy programmes.

German Greens: “This is what we feared”

In this first regional policy measure against the Covid-19 crisis, the focus was on speed, Green MEP Niklas Nienaß told EURACTIV Germany. At the time, there were concerns expressed about this in the Green political group, Nienaß recalls. “We had said from the beginning that it made no sense if the funds to address the crisis didn’t go into sustainable assets,” Nienaß says. “That was our concern.”

A look at the figures for Germany now shows that the Greens’ concerns were partly justified. Germany so far redirected almost €49 million destined for energy efficiency projects in small and medium-sized companies, the biggest decrease in funding allocations out of any category. At the same time, much more money is now flowing into “general productivity investments for SMEs.”

Nienaß thus sees his concerns from spring 2020 confirmed. However, he also stressed that one should not judge too quickly. “Productivity investments” could ultimately also mean that medical SMEs would be promoted, the MEP noted. That, in turn, would be in the spirit of crisis management.

Germany’s regions, on the other hand, approve of the loosened rules that allowed access for greater financial resources. “The fact that the flexibility of the funds has been increased is basically positive,” said Reiner Haseloff (CDU), Saxony-Anhalt premier and current president of the German Bundesrat, the upper house of parliament representing the country’s 16 federal states. “It was the right response in dealing with the pandemic,” Haseloff told the European Parliament’s regional committee last month.

French lawmaker: “not really a surprise”

In France, meanwhile, reactions were similar. “This development is not really a surprise,” said Caroline Roose, a French Green lawmaker who is a member of the European Parliament’s regional development committee.

According to Roose, “as Green MEPs, we expected the CRII and CRII+ emergency packages – and their successor REACT-EU – to lead to this kind of action. Flexibility was needed to have rapid availability.” “However, the energy efficiency and environmental protection measures that are needed can be complicated and cumbersome and require new national and regional programmes to be put in place,” Roose told EURACTIV France.

Together with her Green colleagues, Roose has been critical of this issue and raised concerns it in the European Parliament. “For REACT-EU, we have obtained guarantees on climate issues, such as the fact that at least 25 percent of the spending of its resources will be directed towards climate protection and linked to the Paris Agreement,” explained the Green French MEP.

Moreover, both the Recovery Fund and the new Common Provisions Regulation, which governs structural support, contain green conditionalities, such as the “do no significant harm” principle, which prohibits direct investments in fossil fuels.