The impact of EU funds on Covid-19 crisis management

Before the implementation of additional allocations such as the recovery fund, one of the first instruments put in place by the EU was the possibility for states to redirect their own European funds to deal with the Covid-19 crisis. Let's see how this process played out, in Italy and in other countries. 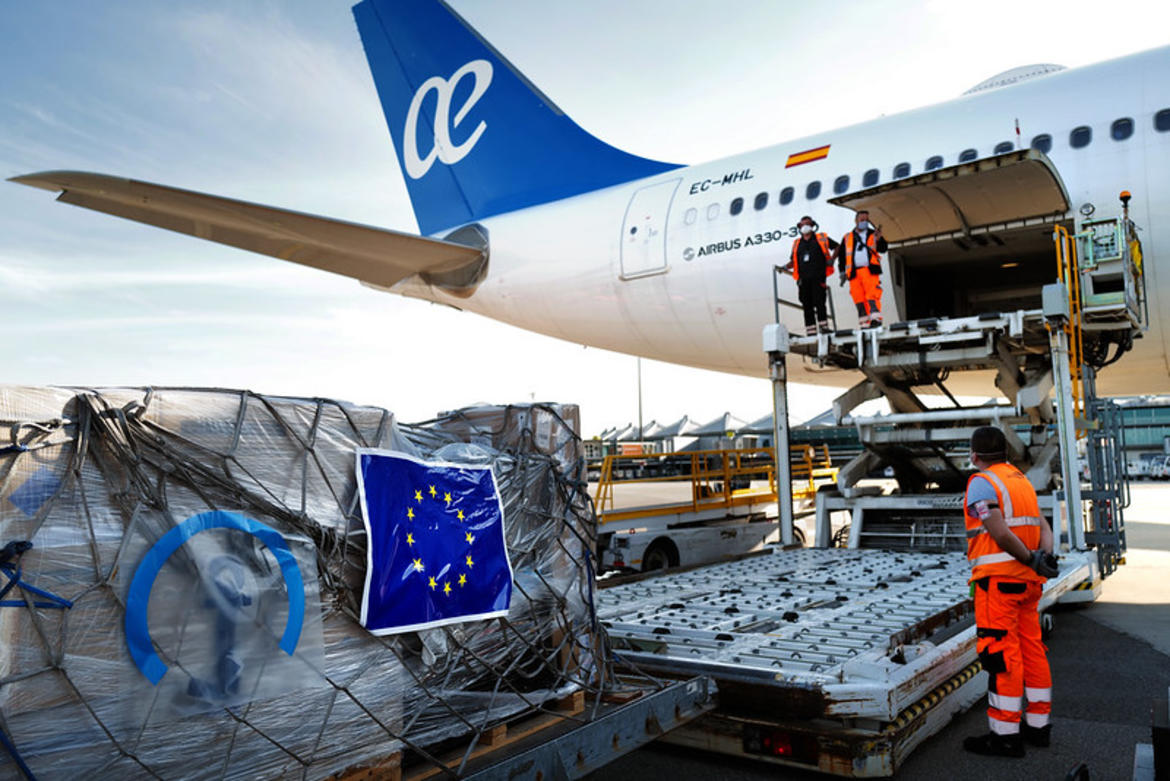 In recent months, the Covid crisis has put increasing pressure on the response capacity of both individual Member States and the European Union: first and foremost concening healthcare, with the need to ensure access to protective equipment, expand intensive care, and research and distribute vaccines. Then there are the economic and social issues: with lockdowns affecting consumption and production, businesses needed subsidies and loan guarantees.

Due to its very nature, the pandemic requires coordinated responses among EU countries that are both rapid and effective. Since the first weeks of the crisis, the European institutions have put various instruments in place. Among these, the most high-profile are the suspension of the Stability Pact, the Next Generation EU plan, the SURE funds to mitigate unemployment risks, a special ESM credit channel, the interventions of the European Investment Bank, and the purchase of securities by the ECB.

Within this framework, among the first measures launched were the Crii and Crii+ (or Coronavirus Response Investment Initiative) packages. These are not additional resources, but rather the possibility of redirecting existing European funds for the 2014-20 cycle to emergency-related expenses - from the purchase of medical supplies to support for businesses and social welfare.

This has been a decisive strategy: from the beginning of the crisis to mid-January 2021, it has led to a net increase of 6.8 billion euro in healthcare at the EU level, and more than 3.5 billion in support for affected businesses. More results will be reported in mid-2021. So far, they appear to have been immensely helpful for governments in dealing with the pandemic, especially in the early months.

Monitoring the reallocation of these resources is crucial, especially when it comes to answering the question: what impact have European funds had in managing the crisis? The European Commission’s publication of specific datasets allows us to evaluate, country by country, the role that European funds have played in the management of the crisis.

The reallocation of EU funds in the medical sector

The crisis has made it necessary to shift resources towards personal protective equipment, medical supplies and other health infrastructure. European funds have played a decisive role, though not an easy one to monitor. As emphasised by the Commission, the existing classifications date back to before the emergency and it is therefore very difficult to trace how countries have used the margins granted by the Crii and Crii+ packages.

Since May 2020, the Commission has introduced new classifications for Covid-19, but their use is not mandatory. There is therefore always a risk of producing an incomplete analysis. Another monitoring strategy, made possible by the datasets published by the Commission, is to isolate funds categorized as health-related and observe what has changed between 1 February 2020 to the present (the data collected for the purposes of this analysis is for January 15, 2021).

This method allows us to understand some trends. In 2020, a total of 7.2 billion (a net increase of 6.8 billion) was reallocated to the health sector.

How did this shift occur? The category of intervention with the largest increases is health infrastructure. The reallocation was 4.5 billion, almost constantly increasing. This is a sign that interventions in this sector (marked as intervention category 053) have been given priority by EU countries. Funds have also increased for programs promoting access to health services, a rather broad category that has likely allowed greater flexibility in the emergency phase.

Minor but nonetheless significant redeployments can also be observed in the area of e-health interventions. For these programs there is 177 million euro incoming and 139 million outgoing. This would seem to indicate a restructuring of funds in this category in order to optimize interventions specific to the Covid crisis.

In four countries (Czech Republic, Finland, the Netherlands, and Sweden), the amount of funding for health intervention categories has not changed from 1 February 2020 to the present. Thus, these countries do not appear to have taken advantage of the flexibility permitted by the Crii and Crii+ packages to respond to the Covid crisis, at least when it comes to healthcare. One reason is perhaps that the most virtuous states in the use of EU funds had lower margins available than what was allocated by the 2014-20 budget. Hungary, Estonia, and Austria kept health-related funds stable or reallocated them to other areas.

A key aspect of the Crii+ package is the ability to transfer EU funds between different regions. Normally, according to the EU regulation governing European funds, it is not permitted to move allocations assigned to less developed regions to those that are more developed.

The pandemic has led to a review of this limitation, since it was primarily metropolitan areas and the most economically dynamic territories which were hit first by the contagion.

As a consequence, health sector funding increases have occurred in all kinds of regions, but to a much greater extent in those that are more developed. After 1 February 2020, almost 3.5 billion euro were reallocated to more developed regions, 2.6 to transition regions, and 1.1 to less developed ones.

The reallocation of EU funds for economies and businesses

Alongside the health sector, another critical aspect of this crisis concerns the economy. The flexibility guaranteed by the Crii and Crii+ packages has allowed massive shifts of funds to support businesses. In the period between 1 February 2020 and 15 January 2021, about 11 billion euro were reallocated, for a net increase of more than 3.5 billion euro.

As we have already seen in the health sector, we can reconstruct these figures by comparing shifts in funding across different categories of intervention. Unlike the few categories related to the health sector, in this case we have about 24 different types of intervention. These range from productive investments in small and medium-sized businesses (category 001) to research and innovation for large companies (002); from resources to improve energy and environmental efficiency (categories 068, 069, 070), to those helping workers and businesses adapt (106).

The greatest positive reallocations were registered in category 001, likely due to the broadness of the definition. Because of this, many interventions related to small and medium-sized businesses may have been concentrated precisely on productive investments.

Comparing EU countries, Italy has engaged in the greatest redeployment of funds (+2.9 billion in inflows and -1.6 billion in outflows). On 1 February 2020 all the intervention categories relating to businesses in Italy were worth 7.1 billion euro, while the reallocation of funds to this sector brought this value to 8.4 billion.

Greece comes next, with 1.3 billion in inflows and -82.8 million in outflows. In contrast, there are four countries where funding for the business sector has not changed substantially: Finland, Luxembourg, the Netherlands and Sweden. As already indicated, these countries — having already tied up a large part of their EU funds — had less room for maneuver, and made only marginal use of the possibilities allowed by the Crii and Crii+ packages.

Funds for businesses and transfers between different regions

The ability to transfer funds from one region to another has also been used extensively to support businesses. Again, across Europe, almost all categories of region have experienced an increase, though to varying degrees.

In contrast to health reallocations, business aid increased most in less developed regions. Between February 2020 and mid-January 2021, these regions saw a 7.5 billion inflow of funding and outflows of 4.8 billion, followed by the most developed ones (2.1 billion inflows, 1.7 outflows) and those in transition (1.4 billion inflows, 868 million outflows).

The stronger funding increase in less developed regions is likely due to the difference between the immediate effects of the health crisis and those of the economic crisis. The former had a much stronger initial impact on the more developed regions. However, less developed regions were not left unscathed by the pandemic’s economic consequences: these regions are often heavily dependent on economic activities in the more advanced regions, and thus saw their economies slow down. This only increases the risk of widening divisions within individual nations.