What’s going on with abstention in Europe?

In the 2014 European elections, only 42.5 percent of people eligible to vote participated. From the economy to migration, by way of defence and climate change, European questions are now central to the public debate. While this might lead to some first steps towards changing the trend, it probably won’t be enough to entice a majority of European citizens to go to the ballot box. 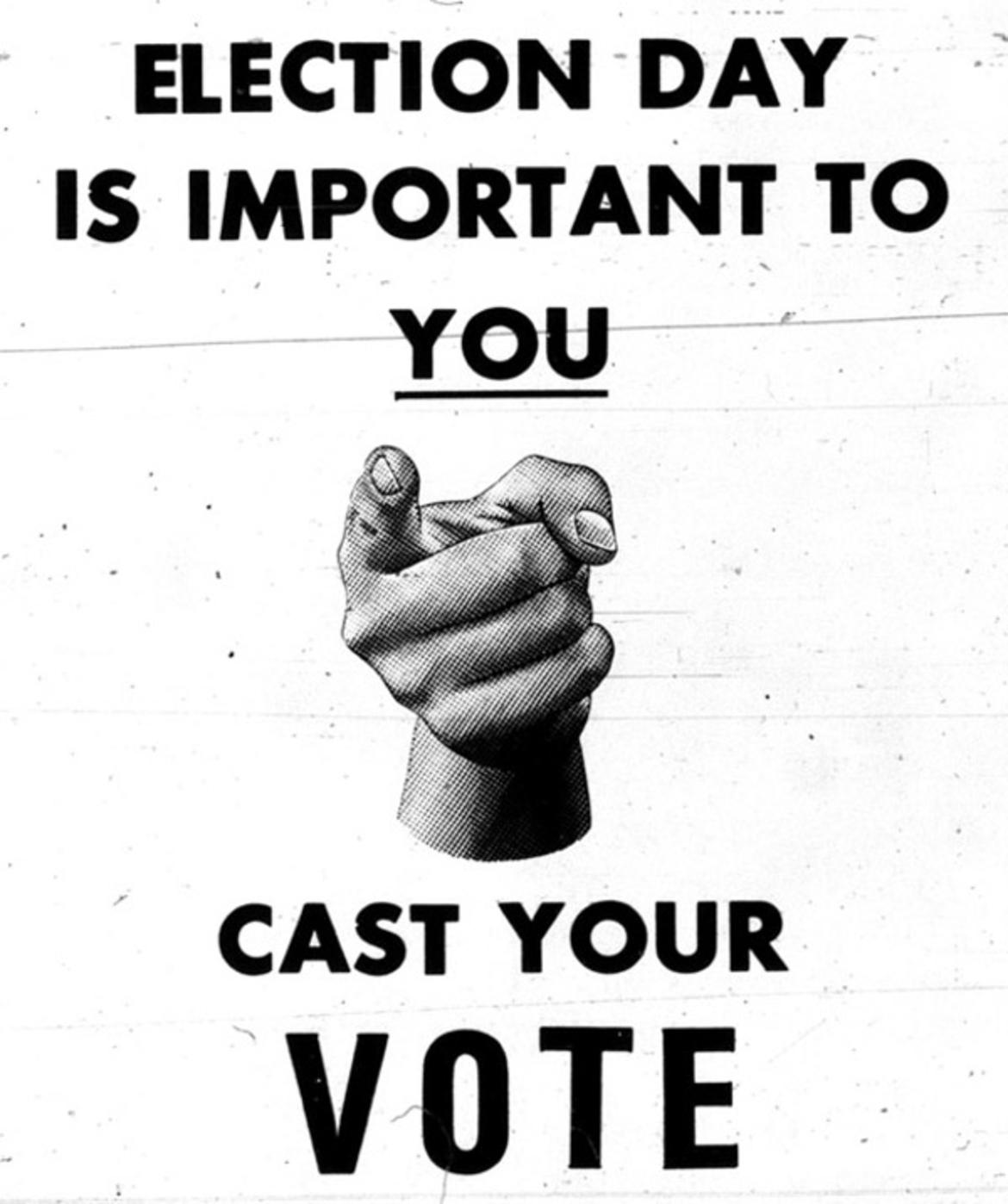 Abstention has been a growing phenomenon for many decades, and affects almost every kind of election. Up until 1979, turnout in Italy was over 90 percent. Thereafter it started to fall, and never stopped falling: in the last general election turnout was 73 percent, while in the 2014 European elections it was 57 percent. Apart from local elections, one of the lowest turnouts recorded so far was just 38 percent, in the regional election in Emilia-Romagna.

The choice to abstain from voting is not just a personal matter, but has direct political consequences. If it becomes a widespread phenomenon, it ends up undermining the legitimacy of democratic institutions and political parties, and encourages often illiberal developments. Furthermore, abstention isn’t uniformly distributed along the whole political spectrum: often the elections are won by those who manage to mobilise the greatest number of their potential voters, rather than those who manage to sway the most opposition voters

Abstention is a complex phenomenon. Every election has its own specificity, determined by a variety of factors: for example, the demographic composition of the constituency, the socioeconomic context and the democratic culture of the electorate. For this reason, much scientific research tries to understand the root cause of abstention, but there is still no general theory.

According to Maurizio Cerruto, author of the study La partecipazione elettorale in Italia (“Electoral participation in Italy”, Quaderni di Sociologia, 2012), the root cause of abstention is two-sided. “On one side, we can talk about apathy, or the distance between the elector and their choice of candidates”, explains the Cagliari University sociology professor. “This type of abstention has its roots in the marginality occupied by politics in the psychological horizon of many electors in many modern mass democracies”. On the other side, there is “protest abstention, as an active expression of the elector’s dissatisfaction, a demonstration of distrust and in many cases open hostility towards the political class”. According to Cerruto, empirical studies show that apathy prevails over protest as the main reason behind the Italian electorate’s abstention rate.

It’s obvious that Italians have ever less faith in their political institutions. Every year, Istat collects data on the phenomenon, as part of its report Il benessere equo e sostenibile (“Fair and sustainable wellbeing”). As the latest estimates also confirm, Italians’ faith in their parliament, political parties and judicial system has continued to fall since 2010, and this translates into a widespread feeling of disaffection, which has an impact on turnout. Nevertheless, this Italian problem is set within a wider European context. According to Eurobarometer, the European Commission’s service for measuring and analysing trends in public opinion, the trust of citizens in their institutions has dropped almost everywhere in Europe: for about ten years less than half of the European population has trusted the political institutions within their respective nations.

There are thus many reasons for abstention, and there is therefore little sense in talking about a “party of non-voters”. The context is even more multifaceted when we look at which sections of the population are more likely to abstain. According to a study by the SWG polling agency, abstention in Italy is particularly widespread among those electors between 18 and 44 years old, who are often undecided or without a particular political allegiance. Many Italian non-voters have a qualification superior to a secondary school diploma. On the other hand, looking at the previous European elections, as observed by researchers André Blais and Filip Kostelka, in many countries there is a correlation between low levels of education and high rates of abstention.

Abstention and the European elections

In virtually every EU country, the European elections have always attracted a lower turnout than general elections. This is probably due to a lack of awareness of how important the European Parliament is, and a widespread feeling that the European institutions are remote from everyday life. Eurobarometer reveals that only 48 percent of European citizens believe their vote counts in the EU (but there are huge differences from country to country, for example in Sweden 90 percent of citizens believe their vote counts, in contrast to 24 percent of Italians and 16 percent of Greeks).

However, here it’s not a case of distrust. In fact, the Eurobarometer data reveals that European citizens tend to have more trust in the European Union than in their own national governments. So, why is only a minority voting in the European elections? “This paradox is attributable to two factors”, explains Alberto Alemanno, one of the leading analysts of European politics and founder of the Good Lobby movement. “Firstly, the European elections are still just the sum of national elections, rather than a transnational event driven by genuine political parties. Secondly, there is no common public sphere to provide an account of the European political system”.

Arguing that people have no trust in the European Union, Eurosceptics often stress the gradually sinking turnout for the European elections. While the phenomenon is real, it’s part of a broader process affecting representative democracy across Europe. Besides, as Jules Beley from Sciences Po in Paris notes, it’s a difficult task to compare turnout for European elections over time: “How can we compare the turnout in 1979, when the European Community was composed of just nine western European countries, with the turnout in 2014, when the European Union consisted of 28 countries with various political cultures and democratic traditions?”

Research shows that apathy is certainly a reason for much of this abstention, and that abstention is also, for many, a form of protest. However, if we look at turnout for European elections we also need to take into account that ever more European citizens have trouble voting because they live abroad in another European country. For example, more than ten percent of Romanian, Bulgarian, Croatian, Latvian and Portuguese citizens live in a country other than their country of origin. While they have are entitled to vote in the city in which they live, 95 percent of people in this situation did not vote in 2014, due to a series of linguistic, bureaucratic and political obstacles. Besides, it’s difficult to relate to parties and politicians who only seem to care about electors of their own nationality.

To revive electoral participation, one apparently simple measure would be to make voting compulsory. This obligation exists in countries like Luxembourg and Belgium, where the levels of abstention are indeed low. In Italy too, voting was considered obligatory up to 1993, and remains a civic duty, according to the constitution. The problem is that it is difficult to strictly enforce a compulsory vote, without introducing heavy penalties.

If the electorate no longer has trust in the difference their vote might make, some would argue that the electorate should be offered the chance to make direct decisions on the questions at hand, instead of limiting them to delegating representatives. This is why in recent years, in many countries, interest has grown in the instruments of direct democracy - the referendum, for example. Cases such as Brexit, however, have made the limits of such instruments all too apparent: they rarely help with legislation on complex questions.

To safeguard the legitimacy of European institutions and revive voter turnout, in recent months the European Parliament has made an unprecedented communication effort. This Time I’m Voting, active in all 28 EU member states, has tried to explain the importance of electoral participation by means of a variety of instruments. Three hundred thousand people have registered on the campaign website, while the promotional video Choose Your Future has reached 120 million views across various platforms. Polls suggest that the gradual rise in abstention in European elections could come to a halt this time round, and that countries like Italy could even see the trend reverse.

Central and Eastern European countries have higher abstention rates than the EU average. For this reason, the institutional campaign has been especially intense in countries such as Slovakia, where in 2014 only 13 percent voted in the European elections. “We’ve worked on so many different fronts”, says Soňa Mellak, the European Parliament’s press secretary in Slovakia. “We collaborated with a series of famous personalities, especially youtubers and influencers, to try to explain to young people why the European elections are important. We organised a tour of 17 cities across the country, producing events and debates, and in 200 secondary schools a simulation of the European elections was held. Television stations showed an interest, and many presenters stated that they were going to vote.”

However, for a genuine increase in European election turnout, there will need to be legislative changes. For example, voting could be made easier for people living abroad. Some politicians and observers think that citizens should be able to directly elect a president of the European Union. Others – such as the pan-European political party Volt – stress the need for a grassroots transnational mobilisation, which can push the electoral campaign towards European questions.

Alberto Alemanno also thinks this is the right path: “there should be single electoral college in Europe, to enable transnational lists and parties. In this way the political debate would immediately transcend the nation state, and every citizen would be able to see the European dimension of the election”. In such a scenario, “the parties would be obliged to formulate and defend a vision of European society, and pose questions of pan-European interest, instead of concentrating as they do now on national questions” – at that point, the debate would finally, even deeply, engage the electorate. 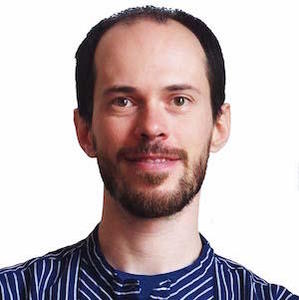 Born and raised in the Italian Alps, Lorenzo is editorial coordinator of EDJNet and head of the data team at Osservatorio Balcani e Caucaso Transeuropa. He has been working at OBC Transeuropa since spring 2017, precisely to contribute to the European Data Journalism Network.

Lorenzo has a PhD in the history of European integration and published a book about the EU countries' joint activity on the international stage. He also collaborates with the Italian newspaper Il Post and with the Zanichelli publishing company, and he has published on Il Foglio, Internazionale and VoxEurop. He is on Twitter as @lorferr. 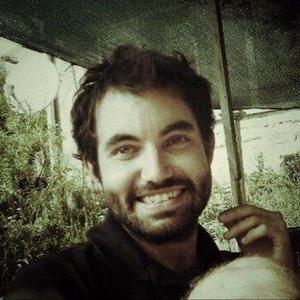