What brings Romanians to the streets

On 10 August, more than 100,000 citizens rallied in Bucharest to protest against the rampant corruption that cripples the Social-Democrats-led government and makes thousands of educated young people flee the country in search for better opportunities. 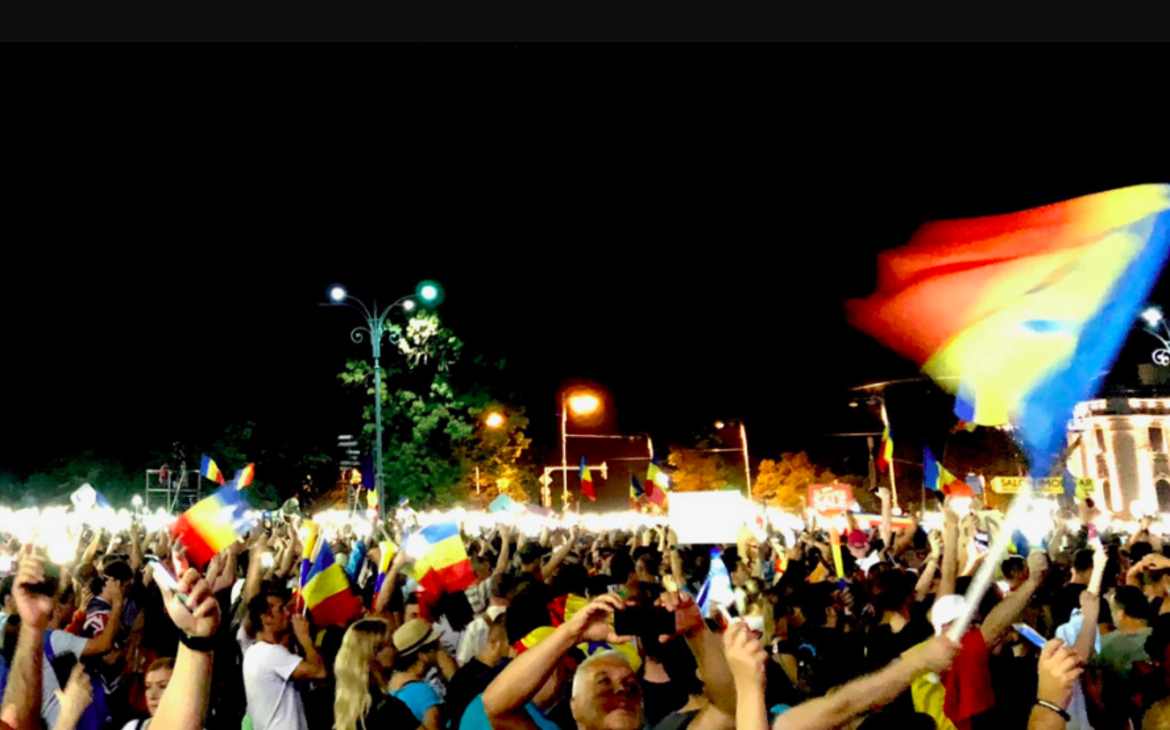 Romanians’ anti-government demonstrations have been the subject of international news on more than one occasion this year, but none was as outrageous as the one planned for the 10th August. The so-called “Diaspora Meeting” reunited more than 100,000 people from across the country and beyond its borders under a common objective: to challenge the current, corrupt political caste and replace it with genuine democracy.

The event culminated with hundreds of victims, but no effective changes in the political sphere. This doesn’t come as a surprise since the previous protests had no effect either. One is therefore entitled to ask, why the hassle? A review of the evolution of the protest and the profile of those who attended it can provide some answers.

The first rumours about the protest emerged two months earlier. A Facebook event and the spiritual leaders of Romania’s dissident population helped spread the word.

“I lived in the US for 12 years and had the opportunity to follow the courses of Stanford University and Harvard University. [...] I longed to return home all the while. I gathered my wits two years ago and returned home with my family. [...] The people now ask me if I returned home to walk the country the last walk. No, I tell them, I came back to light the way in the opposite direction. Join me on the 10th August to light up the way for our country.”

These words, coming from Sebastian Burduja in a live-stream on Facebook, brought tens of thousands of Romanians in Bucharest on the appointed date. But the more popular the event became, the harsher were the judgments assigned to Romanian migrants by corrupted dignitaries in the media.

The ruling party, the Social Democrats (PSD), worked hard to disparage the reputation of those who attended the protest and called them despicable adjectives. It is in PSD’s best interest to slander them, after all, because many expats blame the system deficiencies on the PSD-managed government. Besides, this was certainly not the first time the diaspora influenced the fate of the Romania. It also had a decisive impact on the 2014 presidential elections when PSD’s opponent, right-wing Klaus Iohannis, won an overwhelming 54.43 percent of the votes.

PSD has many more reasons to suppress the influence of the diaspora. The first is its size. No less than 7 million Romanian-born citizens live outside the country borders. Half of them (3.4 million) left the country after 2007, when Romania joined the European Union, and constitute Romania's migrant population. They represent 17 percent of Romania’s total population – a young, independent, and hard-working 17 percent.

A second motive is the backgrounds and education of these people. While those who left the country before 2007 tended to be unqualified workers, today, by contrast, many students, experienced workers, qualified professionals, and even doctors leave the country for better opportunities abroad. But career is not the main driver of migration.

Family is. The low wages, high taxes, and inadequate living standards lead many parents to seek better lives for their children abroad. Some of them find it best to leave their little ones in their grandparents’ care. Others manage to establish abroad along with their families. In any case: Romanians' children must suffer because the government fails to make meaningful changes to the system and that strikes their chord. Consequently, Romania has seen an unusual number of protests during the last few years. Its population is in a continuous search for a change. But sometimes you must take a step back in order to move forward.

The Gendarmerie, a weapon against the people

On the surface, the only thing the protesters achieved on August 10th were harassment, unjustified rage, and physical abuse. Numerous witness testimonies and video recordings indicated that the Gendarmerie displayed unprecedented levels of violence after a group of hooligans attempted to hijack the protest. The clash led to many innocent victims, as the clear majority of participants – including families, students, and even elderly persons – had nothing to do with violent groups, and yet was treated with great hostility by the police. It later emerged that the guards received orders to act as such from the PSD-led Ministry of National Defense.

The August 10th protest and the subsequent scandal related to the actions of the Gendarmerie did not bring an overnight transformation but divided the country further and increased the tension both inside and outside the country borders.

Did it bring the protesters closer to their goal at least? It’s unlikely that PSD’s influence on the population remained unshaken since certain party members might be responsible for hundreds of innocent victims. And while it deepened the rupture between the people of the country, the protest mobilized more than 100,000 under a common goal. The answer is yes. While their objective seemed farther than ever for one moment and the government appeared uncontrollable August 10th showed another face of PSD. Next year’s presidential elections might reveal with more accuracy the precise effect it made.