The top 100 European places where Dieselgate kills the most

Excess diesel emissions produce a tiny portion of harmful dusts. Yet, they cause dozens of deaths in Europe’s highly populated road traffic hotspots. 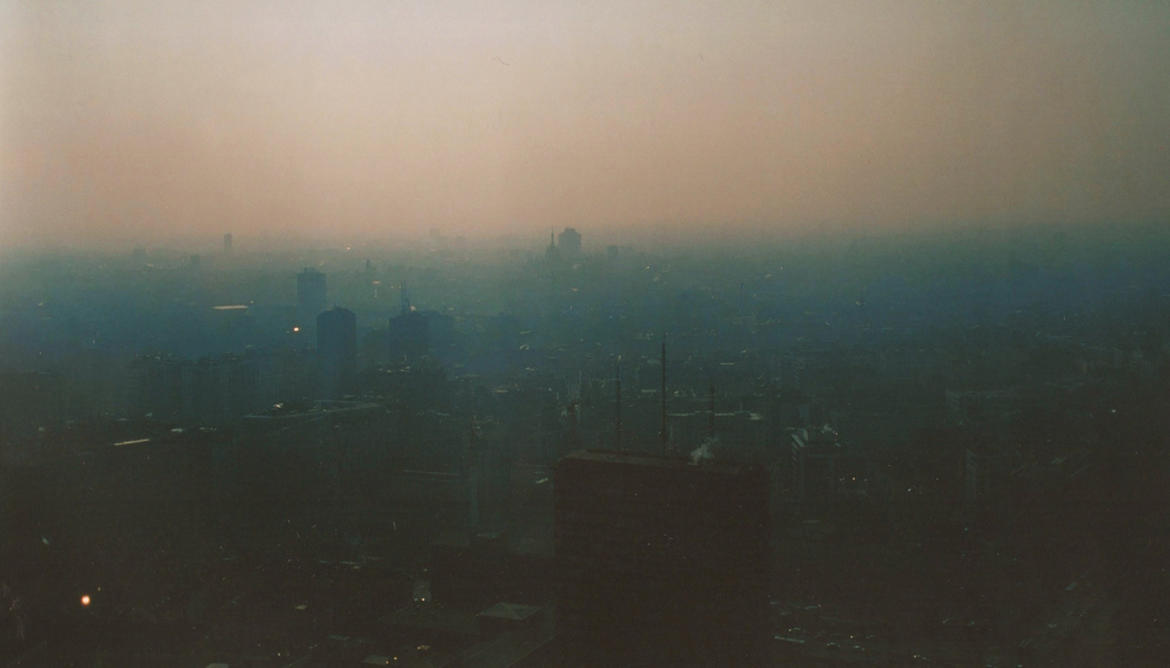 In Europe, more than a third of those killed each year by toxic particulates associated with unlawful diesel emissions exceeding the EU limits live in about one hundred urban conglomerates. Such areas are mainly located in Italy, France, Germany, the United Kingdom, the Netherlands, Belgium and Spain. They account all together for 1,500-2,000 premature deaths, for a total population of 100 million inhabitants (almost 20 percent of the population of the EU).

At national level, the UK scores over 360 deaths per year. It is the fourth most affected country in Europe, following Italy, Germany and France, according to a study published back in September 2017 by the International Institute for Applied Systems Analysis (IIASA)  and the Norwegian Meteorological Institute (MetNorway) . This study warned that nearly 5,000 people die prematurely every year due to excess emissions that car makers should have avoided by law.

However considerable, these figures represent just a fraction of the human lives lost due to Dieselgate, the scandal sparked in 2015 through the revelations on Volkswagen’s “diesel dupe” by the Environmental Protection Agency of the United States. This outrage revealed to the public how the automobile industry, as a whole, slyly circumvented the EU diesel emissions surveillance mechanism through unreliable compliance tests.

We compiled the blacklist of European communities with the highest death toll, based on data by the International Institute for Applied Systems Analysis (IIASA) and the Norwegian Meteorological Institute (MetNorway). Their data doesn’t just cover EU member states, but also Norway and Switzerland. The two research organizations had published a joint study back in September 2017, warning that nearly 5,000 people die prematurely every year due to excess emissions that car makers should have avoided by law.

Zoom in to check cities in each cell. Click on a cell to see its population, the excess concentration of particulate matter due to nitrogen oxyde emissions from diesel cars above the EU limits, and the premature deaths per year due to diesel emissions.

More than 40 percent of the top 100 worst regions are in Italy, with 50 percent of all deaths. Germany and France, on the other hand, lead the top 5 countries with the highest number of regions where deaths are above the EU average, beating even Italy and, in decreasing order, the UK and Poland.

The most endangered zones belong to countries where, generally, the excess emissions cause people to die prematurely more than elsewhere. According to IIASA, every citizen aged 30 years and older loses on average 6 days in Italy, almost 5 in Belgium, around 4 in the Netherlands and France, over 3 in Germany, about 2 in the UK (around the European average), while in Spain people lose a little more than a day due to exceeding emissions. The average life expectancy of 1,000 European adults, all together, is shortened by a total 5 years and a half. Even such aggregated number may be perceived as a relatively negligible lapse of time as compared to a remaining life span of around 50 years per adult. Of course, the value of these last fragments of existence is purely subjective.

The researchers from IIASA and MetNorway cropped all the European countries into 6,600 geographical regions (merely conventional and not corresponding to administrative districts), as a way to calculate the most accurate pollution levels in each inhabited area. Depending on its dimensions, each city is either segmented into more regions or is incorporated with other cities in the same region. This means that some conglomerates include only a few boroughs of the largest cities (like London), while others group several cities together (like Monza and north Milan).

Based on this geographical distribution and on equations proven by independent experts, we managed to map deaths due to excess diesel emissions in all of the regional divisions. The goal is to show citizens the extent to which Dieselgate has an impact in their own neighborhood, bringing the issue closer to home than the halls of eurocracy where, unknown to them, national government representatives adopted flawed restrictions on diesel car pollution, incapable of safeguarding their health.

Diesel vehicles individually abide by PM 2.5 emission limits. But, as Dieselgate made clear, they release NOx volumes far above the measures established in laboratories for environmental certification. They exceed, in fact, the values set by the EU. This is true above all for Euro 4 and 5 vehicles, but also in part for Euro 6 vehicles.

In addition to being dangerous on their own, NOx emissions mix in the atmosphere with other harmful substances, indirectly creating even more particulate matter. The study by IIASA and MetNorway as well as our map, based on their work, aim precisely to highlight the health consequences of PM 2.5 indirectly produced by over-limit NOx (without, therefore, including the effects of either NOx or PM 2.5 directly emitted from diesel cars).

Particulate matter are the most dangerous pollutant. Once inhaled, the microscopic compounds of PM 2.5 (named after their diameter of just 2.5 micrometers) can penetrate the lungs and the circulatory system, causing or aggravating respiratory and cardiovascular dysfunctions, tumors and other pathologies.

“If no action is taken to rectify the current diesel fleet, this health impact will be repeated for another couple of years”, says Jens Borken-Kleefeld, expert in transport with IIASA.

The science behind the news: why and how Dieselgate causes an increase in local deaths

“While NOx is primarily released by diesel cars, about 75 percent of ambient PM 2.5 comes from sources other than traffic, even along busy roads”, explains Borken-Kleefeld, expert in transport with IIASA. “Also, the share of PM 2.5 emitted directly from automobiles (17 percent of the total) is twice that coming from NOx indirectly (8 percent).” Direct particulate matter, then, contribute strongest to the frequent overruns of alert levels in urban zones.

Nevertheless, IIASA and MetNorway researchers considered it important to quantify the additional PM 2.5 originating from the exceedances of diesel NOx thresholds set by the EU. This surplus represents little more than 1.5 percent of the overall fine dust concentrations in European regions on average. “As minimal as PM 2.5 derived from Dieselgate may seem, there is however no safe dose and every additional quantity of pollution increases the health burden, according to current knowledge”, says Borken-Kleefeld. "In any case, our figures aren’t in danger of being inflated, as we cautiously calculated the excess PM 2.5 fractions from total ambient concentrations that are even lower than those hypothesised by the European Environment Agency”. According to Borken-Kleefeld,  studies published in 2017 on Nature and Environmental Research Letters by two other research groups came up with similar numbers, all assuming that indirect PM 2.5 from excess NOx is equally harmful as direct PM 2.5.

To calculate approximately how many people are killed annually by the extra PM from excess diesel emissions in each region, we had recourse to the so-called risk function developed by the World Health Organisation (WHO). “Scientific evidence indicates that mortality rises with increasing exposure to a specific type of pollutant. For PM 2.5, the increase is 6 percent for every 10 micrograms / cubic metre (µg/m3)”, explains Francesco Forastiere, epidemiologist and consultant for the WHO. “To obtain the increase in mortality attributable to the excess NOx is correct to multiply the WHO coefficient by the PM 2.5 surplus that would have not been recorded if diesel emissions respected the EU limits”.

This is exactly the process which we have followed to develop our map based on researchers’ data, albeit with some margins for error. “The WHO risk function is stretched to limits when it is applied to a population smaller than that of an entire country”,  explains Borken-Kleefeld. “However, these calculations, with all the uncertainties involved, illustrate the magnitude of the health impact when emission limits are not respected".

Our analysis also received positive feedback from Michael Holland, environmental consultant with the UK-based Ecometrics Research and Consulting. “The methods used are in line with the reviews of the scientific literature by WHO”, Holland said. “The report by the Royal College of Physicians and of Paediatrics and Child Health comes to the same conclusions: that increased air pollution damages health, and that results are especially strong for exposure to fine particles".

According to Borken-Kleefeld, the real interest isn’t in the absolute figures, but in the relative variations: “the larger number of victims isn’t necessarily where either the concentration of excess PM 2.5 or the population density are the highest, but rather where both are relatively high”. It is this combination that determines the level of exposure in a specific geographical area. The higher the exposure, the bigger the health impact.

In practice, looking at the data on a map, it can be seen that the areas most at risk are found in industrialised metropolitan districts. Here, the convergence of a dense working population and high traffic leads to a situation where diesel emissions generate the deadliest concentrations of fine dusts.

As an example, it is enough to compare the most populated regions. The north-west areas of Paris and London have a number of inhabitants 4 and 1.5 times greater than the region that incorporates Monza and north Milan. But this last has a concentration of excess PM 2.5 that is 4.5 and 6.5 times higher than the French and British capitals, respectively. Consequently, the number of deaths in this region is 1.6 and 4.8 times higher than in Paris and London.

The same proportional correlation is reflected on the continental scale. Inhabitant per inhabitant, the most densely inhabited regions score less than 60 percent of all deaths caused by excess emissions, while regions with the highest concentrations account for more than 80 percent. This comparison assumes that both groups of regions represent 50 percent of the European population (around 517 million people).

Building the map: the methodology

1. IIASA placed a grid on the map of Europe, dividing it into rectangular cells (or geographical regions) of 28 km x 28 km each, without any reference to official city limits or other administrative boundaries. The centre of each regional cell is indicated by spatial coordinates (longitude / latitude). Since the positioning of the cells is strictly formal, they sometimes extend into the sea.

2. IIASA then measured the atmospheric pollution for each regional cell (taking into account other factors, such as local meteorology and topology), from which it extracted the specific data for PM 2.5. IIASA also counted the number of inhabitants in each cell. Quantifying PM 2.5 and the number of inhabitants allows to weigh the level of concentration according to the population and, therefore, to measure the effective exposure. The latter determines, indeed, the number of expected deaths.

For each regional cell, IIASA eventually identified the excess quota of PM 2.5 produced by diesel NOx over the legal limits. This quota results from the difference between two measurements: the mix of polluting emissions from all sources, near and far (local, urban, regional and cross-border), including excess NOx from diesel, minus all emissions, including NOx from diesel supposedly compliant with EU thresholds.

3. According to the WHO’s risk function, we estimated an increase in mortality of 0.62 percent for each excess microgram / cubic metre (µg/m3) of PM 2.5. Therefore, to obtain the actual increase in mortality attributable to Dieselgate in each regional cell we multiplied the 0.62 percent coefficient by the fraction of PM 2.5 from excess NOx that was calculated by IIASA.

5. Finally, we multiplied the recorded number of deaths by the increase in mortality due to the excess fraction of PM 2.5, thereby obtaining the number of additional deaths in each regional cell – namely, the premature deaths presumably attributable to Dieselgate.

The article was developed with the support of Journalismfund.eu