The slow, uneven wane of the institutional psychiatry model in Europe

In the European Union, thousands of people with serious mental disorders live isolated and secluded from society, without receiving all the care they need. At least 150 million euros of EU funds, intended to improve their situation, have been used for other purposes. 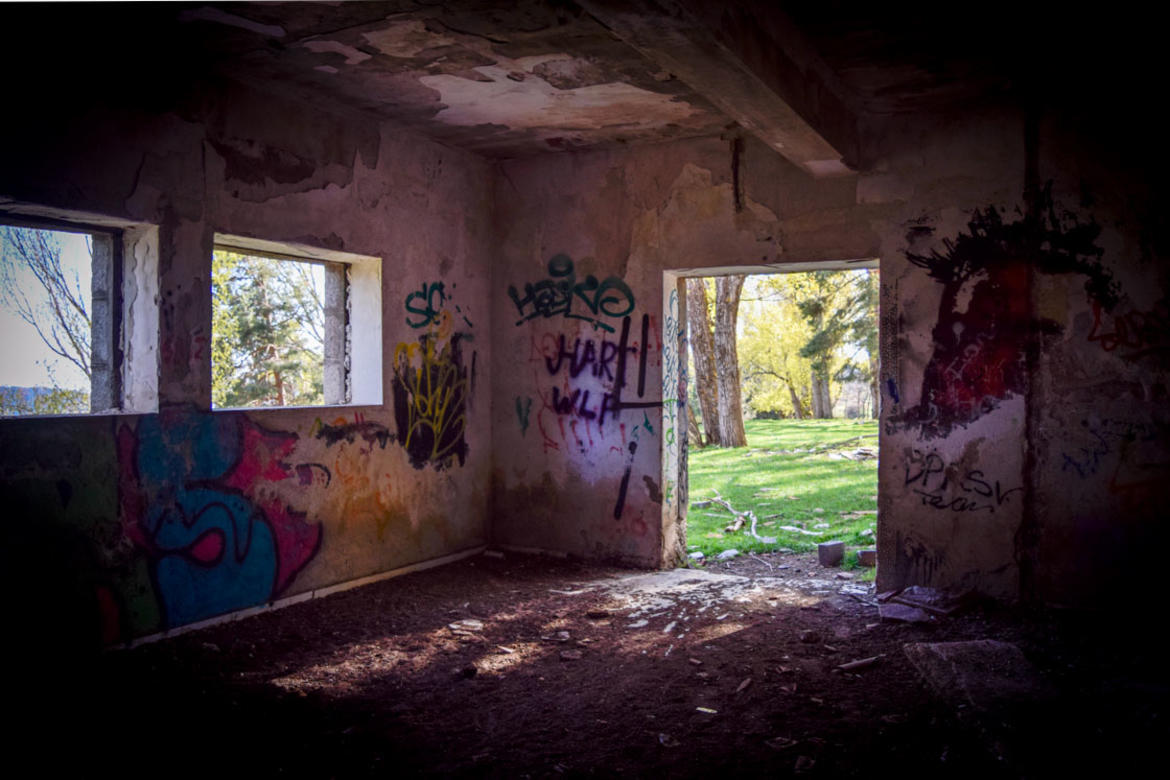 “I’m not an object, I’m a person. I need my freedom.” That’s what Rusi Stanev told his lawyer, Aneta Genova, shortly before his case reached the European Court of Human Rights. In 2011, Stanev had spent almost a decade as an inmate in a social care institution in Pastra, Bulgaria, where he had been transferred without his consent. The institution, four hundred kilometres from his home, lacked running water and toilets. Those who lived there had to relieve themselves in “decrepit” shelters , with holes dug in the ground, covered by snow and feces. Some beds did not have mattresses or springs either. When Amnesty International visited Pastra, an orderly at the institution clarified how they slept: “They put their coats across the metal bars and then lie on top.”

Stanev had been diagnosed in 1975 with schizophrenia, a serious mental disorder that affects 1.5 million people in Europe. Schizophrenia can cause delusions and hallucinations – hearing voices or seeing things that are not there – but also other health problems , such as cardiovascular or metabolic diseases, that cause patients to live fewer years than average. Stanev died in 2017, aged 61, when life expectancy in his native Bulgaria is around 75 . While living in Pastra, Rusi Stanev had only been able to leave the institution three times – the last time he tried to flee. He couldn’t even choose what clothes to wear . Nor was he receiving the social and health care he needed. In 2012, the European Court of Human Rights ruled against Bulgaria for the degrading conditions and mistreatment it had inflicted upon him.

The ruling also focused on care for serious mental disorders. Many people in the European Union live segregated from society, in a better situation than that suffered by Stanev, but still living for years in hospitals or care homes without receiving all the help they need. The Decloc report , published in 2007, pointed out that, in 25 European countries, the number of so-called institutionalised patients amounted to 1.2 million people – most of them with mental health problems or with some type of intellectual disability. A large proportion also lived in segregated and overcrowded places, living with at least thirty other people. Even today tens of thousands of people continue to be isolated from society.

“When you are in an institution you suffer from a multiple violation of human rights, you’re more isolated, you don’t have contact with the external world and you have lived there for a long period of time”, says psychiatrist Roberto Mezzina , who directed a mental health referral centre in Trieste, Italy before retiring. Community integration of people with severe mental disorders is possible. It is necessary to prevent them from living the rest of their lives in remote and difficult-to-access institutions, and, at the same time, it is essential that they have the help they require in their own environment, without leaving their family and those close to them. Patients with schizophrenia who live integrated in their communities have greater autonomy and both their symptoms and their quality of life improve.

However, according to the Commissioner for Human Rights at the Council of Europe, “the mental health situation and lack of services has been a neglected human rights crisis in Europe for a long time.” In Bulgaria, these services are non-existent: most psychiatric treatment is carried out in psychiatric institutions in remote areas , where 30 percent of patients stay for more than three years, interfering with their relationships with relatives and their social integration, according to the European Association of Psychiatry . EPA spokesperson Martina Rojnic calls this type of care is an example of “bad practice” which contributes to greater stigma. A recent report even warned that patients in Bulgarian psychiatric institutions continued to be “physically-ill-treated by staff… slapped, pushed, punched, kicked and hit with sticks.” 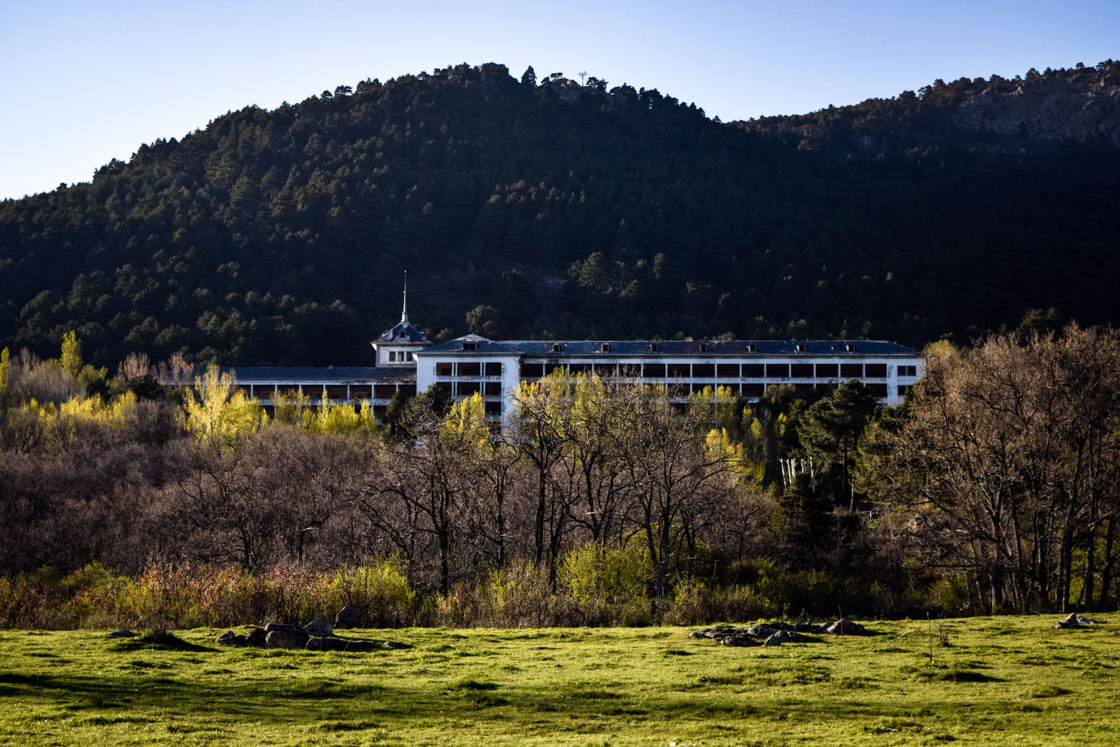 The psychiatric hospital 'La Barranca' (Madrid) was opened in 1950 and operated until 1995.

The European Union has tried to reverse the situation by means of large sums of money, in the form of structural funds , which member states have not always used correctly. Bulgaria, Hungary, Latvia, Lithuania, Romania or Slovakia diverted at least 150 million euros to renovating old mental health institutions or building new ones, according to a 2016 European Parliament report . Although the situation has improved , with new checks at the European level and a slow integration of affected people, there are still problems, as documented by a recent study of mental health care in Hungary and Bulgaria.

In other European countries, before so-called asylums began to close, there were people who “spent their whole lives in a psychiatric hospital and the conditions were quite painful,” according to nurse and mental health specialist Sara Fernández Guijarro . Starting in the 1970s old psychiatric hospitals began to close in Italy , England and Spain . Specialists today consider that a success.

“Mental healthcare based in the community is better and more affordable than hospital-based care,” says Rojnic. Psychologist Susana Ochoa Güerre , says “there has been a very important change,” that has made it possible to “humanise care.” One way to assess this evolution is to analyse the number of psychiatric beds in hospitals: in theory, the fewer there are, the less permanent admissions there are. Official data, both from Eurostat and the OECD , show that the figures have been decreasing over time in most of Europe.

Despite its advantages, the spread of open, patient-centred care within the community, in place of psychiatric institutions has been very uneven in Europe, according to the World Health Organization . For example, a recent Council of Europe report warned of the poor conditions for psychiatric patients in Malta. In Belgium and Germany, the number of psychiatric beds per capita is still high.

Community care advocates do not expect the complete disappearance of psychiatric beds. On the one hand, there are people who have not been able to return to the community, either due to the evolution of their disorder or due to lack of resources, and they have been in long-stay units for years, although the number is increasingly reduced. On the other hand, the community care model seeks to avoid hospital admissions in the first place. But, sometimes, when a crisis occurs, there are cases where a hospital bed is the best choice, ideally for short stays, from days to weeks. “One of the things that produces the most stress is remembering hospital admission and how bad it was,” Ochoa says.

The data on psychiatric beds is not the only indicator to take into account. There are other important parameters, such as the number and specialisation of mental health professionals or the availability of resources such as day centres. The lack of specialised mental health professionals can also slow down or limit the transition. “The Scandinavian countries are the example to follow,” says Ochoa. Their national health systems have a very high number of psychiatrists and psychologists per 100,000 people. Furthermore, a study comparing community care in two study areas, Helsinki and Uusimaa, Finland, and Girona, Spain, showed that in the first case there were 98.3 nurses for every 100,000 adults, many more than the 6.5 professionals available in Girona. In southern countries, such as Italy and Spain , with fewer public resources, the support of families is still essential.

The arrival of expert patients

In the community care model, which avoids permanent hospitalisation, “the aim is to fully restore the patient,” Rojnic says. To do this, advocates seek to provide health and social resources to ensure patients’ full inclusion, through mental health centres, day hospitals and occupational and psychosocial rehabilitation units. Sometimes, patients also need care in their homes. Primary care professionals, the first to treat these people, play a key role throughout the process, as do specialists such as psychiatrists, psychologists, mental health expert nurses, social workers and occupational therapists, among others.

The personal cost of schizophrenia

“There is a lot of ignorance in society and fear of what we call madness, of how the patient is going to be or what the neighbour is going to think,” says Sara Fernández Guijarro. Schizophrenia, along with other serious mental disorders, has a more unknown impact on citizens. For example, problems such as unemployment or lack of leisure mean that people not only need health care, but also require professionals and resources that guarantee their social inclusion . “The unemployment rate is brutal in people who have a disorder. It seems that that defines you, that you are going to be a problem, [employers] don’t give you that opportunity,” says Montse Aguilera, who belongs to a mental health association .

In addition, multidisciplinary work within the community and the integration of patients helps to combat stigma, one of the main barriers to mental health . In the Italian region of Trieste, there are people with schizophrenia who are part of a municipal cooperative. Others work in restaurants in the area, in public-facing roles. “They are a visible challenge to stigma. The more you produce situations like these, the less stigma exists,” Mezzina says.

Finally, a great challenge is to increase the number of resources and professionals to serve those who need it. People who have or have had severe mental disorders can contribute their expert insight, according to a report by the United Nations special rapporteur. This is the case in some countries, where patients are becoming a key part of community care. “Peers are patients who have been recovering very well, and are becoming part of the teams,” says Rojnic. “For every psychiatric condition that you go through over the course of your life you learn: We are not flat, there are always ups and downs,” says Lurdes Lourenço, a member of a mental health association . She herself participated in mutual support groups, where she learned that there were other people who had been through the same thing. “Now my life has meaning, I can help a lot of people. From our experience and with the help of professionals, we can prevent a lot of suffering for most people,” she says.