The “migrant crisis”: sorting the true from the false

The discourse of the European hard right concerning the numbers of migrants crossing the Mediterranean or the Alps doesn’t hold water when met with the facts. 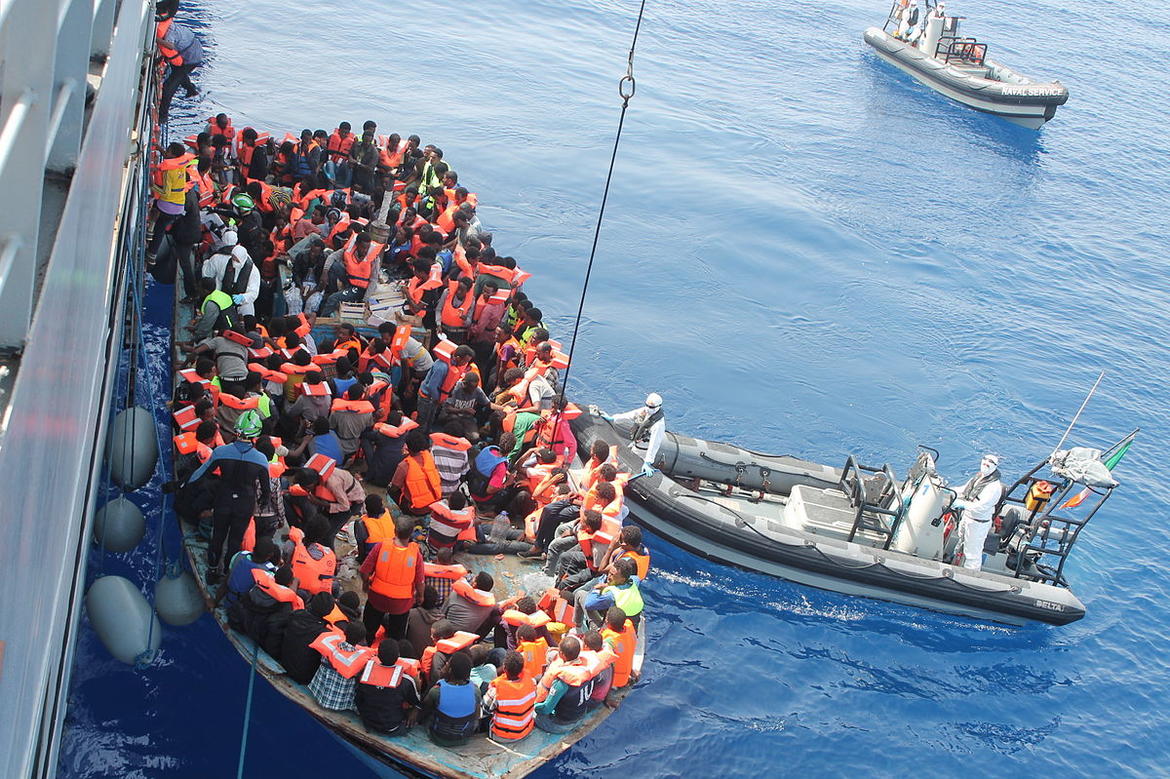 The long voyage of the migrants rescued by the Aquarius ship, which finally disembarked in Valencia after Italy turned them away, is just the latest avatar of a crisis which has engulfed Europe.

While interior ministers from the Italian and Austrian far-right – Matteo Salvini and Herbert Kickl – have announced their desire to form an axis with their German homologue Horst Seehofer against illegal immigration, Angela Merkel and Emmanuel Macron have had to form a united front urging their partners to find a European solution.

In a joint declaration, the German chancellor and the French president, who met on June 19 at Schloss Meseberg near Berlin to prepare the European summit of June 28, announced their intention to provide increased support to migrants’ countries of origin and transit, in order to “avoid departures towards Europe and to combat irregular migration”. Or stated differently, to do their utmost to prevent migrants from reaching Europe by sea – prevent them from leaving the shores of Libya, in this case. This could involve “regional disembarkment platforms in close cooperation with the United Nations High Commissioner for Refugees (UNHCR) and the International Organisation for Migrations (IOM)”. The geographical coordinates for these platforms, however, are still unknown.

Humanitarian, economic and social solutions are indeed still lacking at the European level when it comes to helping migrants. Nevertheless, the discourse of the European hard right concerning the numbers crossing the Mediterranean or the Alps doesn’t hold water when met with the facts. A look at the issue through the four following points should provide some clarity.

1/ Arrivals by sea in sharp decline

While the current influx is still considerable, it’s far from reaching the levels of previous years, especially those of Autumn 2015, when more than 150,000 migrants were received every month, mainly in Greek, Spanish and Italian ports.

The UNHCR estimates that 845 migrants have died or disappeared since the beginning of the year while crossing the Mediterranean. 5096 such deaths or disappearances were recorded in 2016, and 3139 in 2017.

Looking at all the asylum applications recorded in European countries from the start of 2015 – the year when arrivals reached their peak – to March 2018, we realise that the 3,435,000 applications recorded only represent 0.67% of the European Union’s 510 million inhabitants. We’re still very far, then, from any kind of “invasion”.

Significant imbalances remain, however, when it comes to the numbers of asylum applicants received by each country. Applicants in nine European countries amount to less than 0.1% of their population. These are primarily Central and Eastern European countries, but they are also found in the Balkans – Croatia – and in Western Europe – Portugal.

Among the “frontline” countries, those closest to the other side of the Mediterranean, Spain has so far received the lowest number of asylum applications, much fewer than even France, and almost as few as the UK. Even Italy, where the subject has aroused such tension in recent months, has in fact seen fewer asylum applications than the European average, and barely more than France in proportion to its population. This is not the case, however, in Greece, Malta or Cyprus, where the proportion of asylum applicants is two times higher than the European average.

Nevertheless, these aren’t the countries that have experienced the largest influx of refugees. The European country which has so far received the most in proportion to its population is Sweden, where this percentage reaches 2.26%, more than three times higher than the European average. Sweden is followed by Hungary, Austria and Germany. In these four countries, the subject has strongly polarised public debate, even though the numbers remain, in reality, rather modest.

3/ The proportion of migrants within European populations varies widely

The proportion of migrants within the population of each country varies widely in the Old Continent. And contrary to certain presuppositions, it is not particularly elevated in France, nor, more generally, in the more seasoned destinations for immigration such as the UK or Germany.

In 2017, according to UN estimates, there were 257.7 million migrants in the world, representing 2.4% of the global population. There have never been, it is true, so many migrants: there were only 220 millions in 2010, and 152.5 millions in 1990. It is Asia, however, which receives the largest share (80 millions), followed closely by Europe (78 millions). Far from the image of “hordes” from poorer countries knocking at the doors of richer countries, the most recent data shows that the South-South flux is now numerically superior to the South-North flux. It also shows that the bulk of this migration happens within the same continent. Refugees and asylum applicants amounted to fewer than 26 million people in 2016. Thus, only 0.34% of the global population.