The coronavirus opens another gap in Europe

The south slows down and the north carries on. On Friday, April 17, the number of people on the streets in Europe rose again to over 40% for the first time in the last month 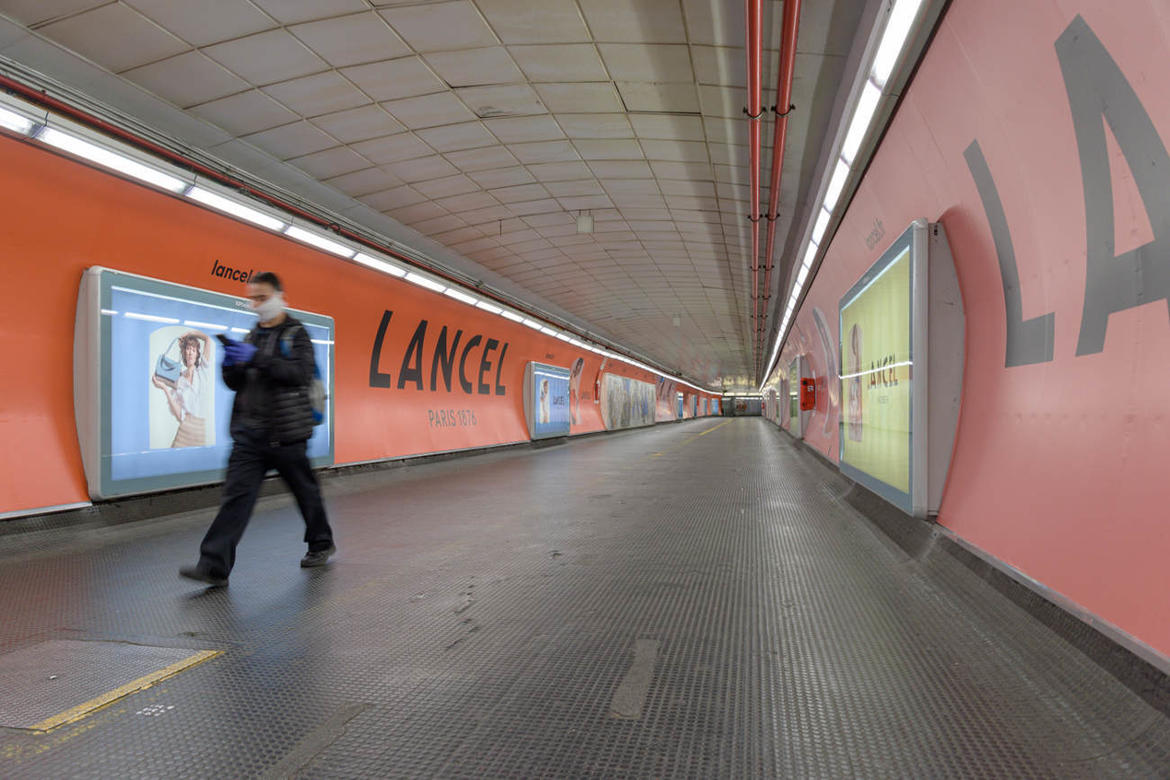 This article uses data from the application created by Civio  for EDJNET  which monitors European capitals along three parameters: pedestrian, road and air traffic, comparing their daily levels with their usual pre-crisis levels. The methodology can be found at the end of this article and in the actual tool.

By March 15th, half of the people who regularly walk along the streets of European capitals had vanished. Europe had already recorded  around 40,000 confirmed cases of Covid-19. A few days later, the number of people on the streets continued to fall, while the number of those infected kept growing. In the following weeks the number of pedestrians was around 30% of the regular levels. And it has remained that way until now, almost a month and a half later, when we are experiencing a slight resurgence in mobility thanks to confinement measures being relaxed in some countries. On Friday, April 17th, the occupation of European streets rose above 40% of the usual levels for the first time in a month. By then, there were more than 765.000 confirmed cases and more than 76.000 deaths  in the European Union.

But this comeback to normal is not homogeneous across Europe. Cities such as Athens, Zagreb, Copenhagen and Berlin have seen an increase in the number of passers-by over the last week. In Madrid, Rome and Paris, with much more restrictive measures, the occupation is still very low, almost always flat and below 20%. As of April 17th , Italy (more than 22,000), Spain (more than 19,000) and France (almost 18,000) are the three EU countries with the highest number of covid-related deaths. The exception: Lisbon, where pedestrian mobility is similar, below 20%, even if the number of deaths in Portugal (657 on April 17th ) is far from the figures in Spain, Italy and France.

Other European capitals opted from the very beginning for more lax measures, allowing mobility and keeping shops open. In Stockholm, for example, street pedestrian traffic has rarely fallen below 50% of the usual level. And last Saturday it reached 77%. Something similar happens in Helsinki, which barely went below 50% and was close to 80% on Saturday.

The road traffic levels match almost exactly the patterns seen with pedestrians. The drop in the number of cars on the road has also been drastic, but not as much. The number of vehicles compared to the usual figure in European capitals has been around 40%. But, as with pedestrian mobility, last Saturday we saw the first clear peak in growth in the last month, with Europe-wide levels reaching 45% of normal traffic.

Once again, the difference between Central/Northern Europe and Southern countries is substantial. Traffic in Rome remains at around 20%, as in Athens, Lisbon or Madrid, while Paris stays at 10%. Meanwhile, Copenhagen, Praga and Stockholm are already close to pre-crisis levels, at around 80% of their usual ones. Berlin is getting close to that.

Only one in ten planes are still flying over Europe

Air traffic has experienced the sharpest and most homogeneous fall in the crisis. On March 25th, traffic in the main airports of each country was already below 20% of their usual activity. Nowadays, it doesn’t even reach 10%.

In most cases, the fall in flights happened in the third week of March, between the 15th and 22nd, in line with the Commission’s recommendation which urged  all member countries to close their borders, with only some exceptions: residents of the Schengen area travelling home, health workers, cross-border ones, carriers, diplomats, armed forces, or people travelling for humanitarian reasons or “imperative family reasons”. The Commission recommends that these restrictions remain in place until at least May 15th.

In Italy, the first European country to be hit by the coronavirus and the first to implement confinement measures (first regionally, then expanded to the whole country on March 9th), air traffic had already decreased by then, to about 30% in the second week of March, the first week we have data for.

This decline in flights was abrupt in Riga, Bratislava, Nicosia, Warsaw or Madrid. In other European capitals the shift was somewhat milder, with more progressive restrictions, as in Zagreb, Sofia or Dublin. Eventually, almost all European countries followed the recommended border closure. Except Ireland . This is the reason why traffic at Dublin airport is much more progressive and didn’t fall below 30% until March 27th. On that date, Ireland was one of the European countries with the least number of deaths (19) and had just over 1,800 confirmed cases .

This article is a first analysis of this data, but we will keep the information updated daily and we will continue studying Europe’s return to normality.