In addition to economic or altruistic motivation, anonymity plays a key role in egg or sperm donation, although an increasing number of countries require disclosure of donor identities. 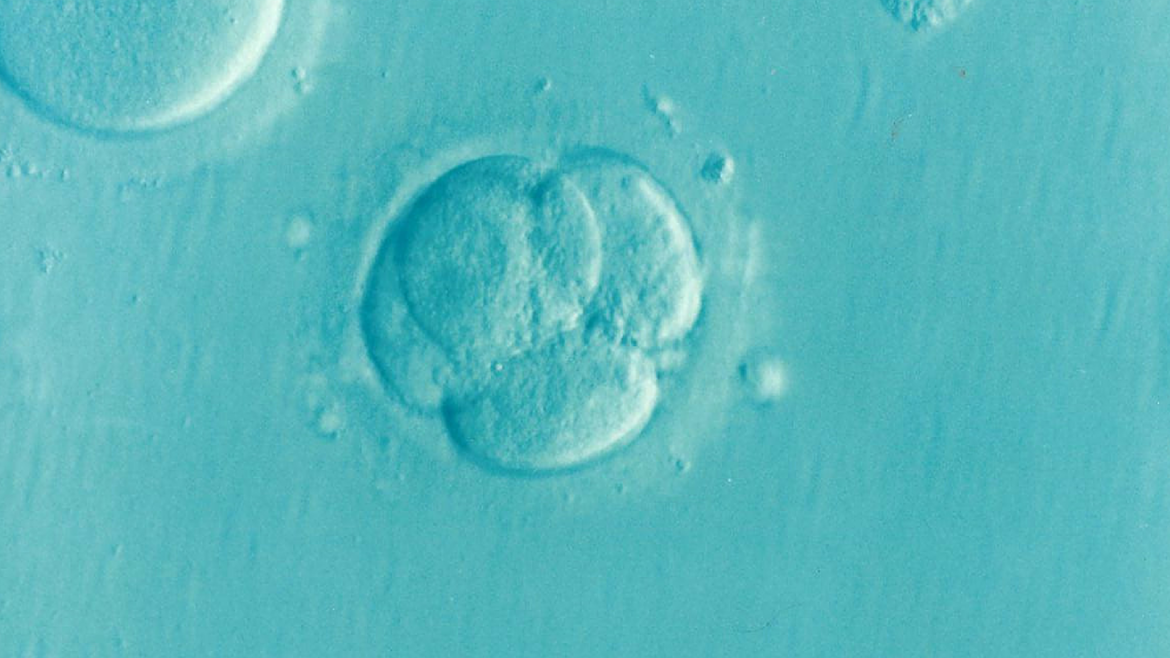 “It was a taboo subject until a friend told me she was donating,” says Ana. The young woman explains that she had been thinking about donating eggs for some time, but the experience of someone close to her and the data she found ended up convincing her. Just a few weeks ago, Ana made her first donation at a famous assisted reproduction  clinic. Spain and Czechia were the countries with the highest number of egg donations by women like her, according to 2017 data  from the European Society of Human Reproduction and Embryology (ESHRE). Ana says she feels “happy to be able to help people who cannot create a family.” Other donors, on the other hand, are more motivated by the financial compensation. In a recent interview with El Diario  researcher Sara Lafuente attributed the high number of donors in Spain to the economic compensation “of around a thousand euros in a country that considers a thousand euros to be too high a minimum monthly wage.”

Ten European countries allow some form of payment for egg donations. In Spain, for example, you cannot pay directly for egg donations, but it is legal to compensate  donors for the inconvenience, travel and time off work. In such countries, the authorities usually establish an upper limit to guarantee an altruistic motivation. However, in practice, there is substantial variation in compensation between countries, both in absolute terms and relative to the minimum wage . In absolute terms, compensation ranges from €250  in Finland to €1,200  in Greece. As a multiple of the minimum wage, Bulgaria  takes the cake: compensation there is equivalent to 11 weeks of the minimum wage, the highest by far in Europe and the United Kingdom.

In other European countries, such as Belgium, a maximum amount is not established, and clinics offer variable compensation. Some fertility clinics give small gifts, such as a bouquet of flowers, and others pay up to €2,000 per egg donor, a spokeswoman for Belgium’s Health Council says. In the United Kingdom, outside the European Union, compensation is quite high, reaching about €893 for each egg donation. According to the Human Fertilisation and Embryology Authority (HFEA)  donors can claim more money, as long as they can document their travel, accommodation, and childcare expenses.

Another eight EU member states do not allow compensation to be paid per se but do authorise reimbursement of donor expenses. This is the case in Austria , France, Ireland, the Netherlands , and Poland . On the other hand, Italy and Romania prohibit any type of financial compensation for egg donors. Donation is prohibited altogether in Germany . In Luxembourg, according to a spokeswoman for the Ministry of Social Security, there are no egg or sperm banks, which prevents any type of compensation from being offered. Finally, Cyprus and Estonia have no regulation on the matter at all.

Compensation for sperm donation is much lower than that for egg donation. Why? On the one hand, the risks, discomfort, and time lost are lower for sperm donors, while egg donors must undergo more tests and hormonal treatments during the weeks before the extraction. A 1993 analysis  noted that patients took 56 hours to donate eggs for every hour spent by sperm donors, a calculation that is still used today by the Society for Reproductive Medicine of the United States .

In the European Union, only eight countries set compensation for sperm donations. In absolute terms, Greece, at €200 , and Germany, at €80 -€150  at some sperm banks, pay the most. Denmark, one of the ‘meccas’ of reproductive tourism , precisely because of the large number of sperm donors there, sets the limit at €67.20, while Portugal  and Spain, at between €45 and €55, and Bulgaria , at just €15, set Europe’s lower limits. The United Kingdom sets  its rate at about €41 per donation. However, according to Luis Martínez Navarro, president of the Spanish Fertility Society, it is normal for “a sperm donor to donate many times,” so the total amount they receive is higher.

As is the case with egg donation, nine EU countries do not establish compensation rates for sperm donation but do reimburse expenses. This is the case in Austria , Croatia , France, and Hungary . Other countries do not specify compensation for sperm donors, as in Czechia  or Cyprus . Italy and Romania do not allow any type of payment. In Italy, in fact, there are hardly any sperm donations: in 2019, 90.3% of donated sperm there came  from foreign sperm banks.

Why do people donate?

It is not known why some countries have higher donation rates than others. In the case of egg donations, a study conducted in 2014 in eleven European countries pointed to a mixture of factors , combining financial reasons with altruistic reasons, and that could vary between different countries. Another study , carried out on sperm donors in Denmark and the United States, indicated that 20% would stop contributing their sperm if they were not financially compensated. In Portugal, another reason is added to the altruism and economic motivation of sperm donors, according to another study : it is a way to test whether the donor is fertile.

Anonymity, according to Martínez Navarro, also explains the high number of donors in Spain. In fact, the Spanish Fertility Society opposes  revealing the identity of donors in the future, as requested  by the Parliamentary Assembly of the Council of Europe in 2019 and the Spanish Bioethics Committee  in 2020. Southern European countries, in general, hide the identity of donors, both for the people who receive the gametes and the offspring. The exception is Portugal, which in 2018 updated its policy following a Constitutional Court ruling .

The justification for abolishing the anonymity of egg and sperm donors is that it is important for the resulting children to be able to know their origins if they want. Sweden was the first country to do so, in 1985 . Since then, according to the European Society for Human Reproduction and Embryology (ESHRE)  the Netherlands prohibits anonymity, while Denmark maintains a mixed system, where donors can choose between revealing their identity or not. But the decision is not without its difficulties: “In Sweden anonymity was excluded many years ago so the couples went to Denmark,” says Carlos Calhaz-Jorge, president of ESHRE. Iñaki González Foruria, an expert at the Dexeus Mujer fertility clinic, says “there is a lot of pressure from northern Europe to end anonymity”. For now, the future of donor anonymity in Europe remains unknown.

We started our investigation by collecting information on gamete donation in the European Union. We began with a 2016 European Commission report , with 2014 compensation data. Older documents, such as this 2006 survey , also addressed these issues.

Subsequently, we contacted the health ministries in all European Union member states. We received responses from Denmark, Estonia, Slovakia, Slovenia, France, Lithuania, Luxembourg, Romania, and Sweden. In the case of Belgium, another official body, the Hoge Gezondheidsraad / Conseil Supérieur de la Santé, provided the information, while in Portugal we turned to the Sociedade Portuguesa de Medicina da Reproduçao .

Information for Germany comes from the National Academy of Sciences (Leopoldina)  and two fertility clinics (here  and here . Our Austrian data comes from its reproductive medicine legislation  while our data for Czechia comes from this ESHRE presentation  and a 2021 report  by the Bioethics Committee of the Council of Europe. We also collected information for Cyprus, Croatia, Hungary, Ireland, the Netherlands, and Poland from the 2021 bioethics report. In Bulgaria, egg donation data are from the Mothers for Donation Foundation  and sperm donation data are from the Lechenie  media outlet. In Greece, the information comes from the National Authority for Assisted Medical Reproduction (EAIYA ) and the Council of Europe report . In Italy, the data are from the Ministry of Health . We have not found information about Latvia and Malta.

In Spain, we requested the information from the Ministry of Health, whose response can be seen here . The answer about financial compensation is identical to that in this letter  from the Ministry of Health to the Spanish Fertility Society. In addition, the compensation was previously reported in a 2016 Spanish Fertility Society manifesto . The data on real-world compensation in Spain is from multiple assisted fertility clinics and banks including the Institut Marquès, Clínica Fertia, IVI, Love Fertility Clinic, Institut Marquès, and Ginefiv for egg donations and the Instituto Marquès, Arpa Médica, Ceifer, and Instituto Bernabéu for sperm donations.

We confirmed the data on egg donations with the Press Office of the European Society for Human Reproduction and Embryology.

Bulgaria, Denmark, Sweden, and the United Kingdom’s original data are in their respective national currencies. We applied exchange rates from the European Central Bank rate  for February 16, 2022, using its proprietary application .

We used minimum wage data from the first semester of 2022, from Eurostat ), except in the cases of Spain, whose data comes from the new minimun wage  and of Austria, Denmark, Finland, Italy, and Sweden, whose figures we extracted from a 2021 Eurofound report  since their minimum wages depend on collective agreements. In addition, since there is no maximum limit on annual working hours, we calculated annual wages with an estimate of 1,720 working hours/year for all countries, which is the European Commission estimate for scholarship and grant accounts, in the Horizon 2020 research programme . In the case of egg donations, we visualised compensation in terms of the weekly wage, while, for sperm donations, we did it in terms of hours since the compensation is so much lower.

The visualisations are in d3.js and are embeddable in multiple languages. The data can be downloaded here  (egg donations) and here  (sperm donations).