More than 11,000 retired Croatian are still working. Some of them seek a more active life, but the majority lives on the brink of poverty without any other option other than to keep working – a problem in common with many other European countries. 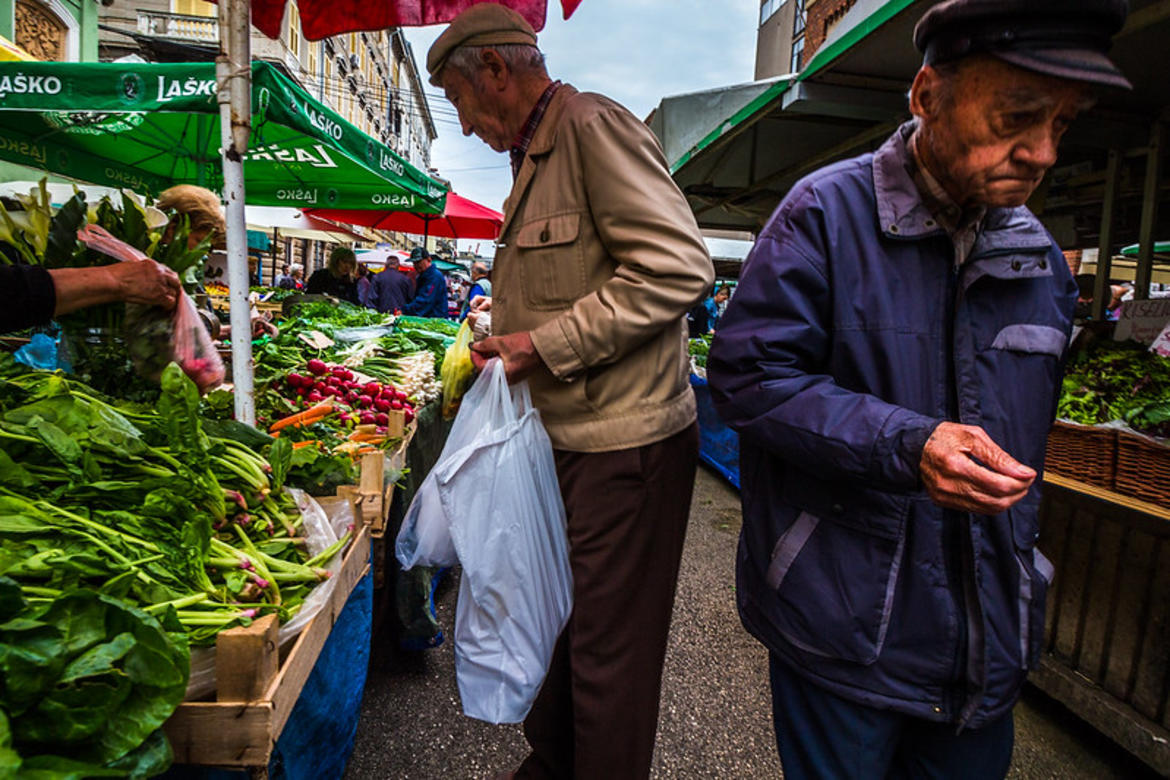 Most retired people in Croatia receive the standard pension, which for July was 2,228 kuna (€300). 15,546 retired people receive a pension of less than 1,000 kuna. Adding those who receive pensions in between the two amounts we arrive at the number of 586,613 persons with an income lower than 2,228 kuna, or 55.31 percent of retired people. Peace in retirement clearly still needs to be fought for.

There is a whole series of problems with the Croatian pensions system. Since the beginning of 2019 the procedure for claiming an old-age pension has become more demanding, and at the same time early retirement pensions are permanently reduced. It is a sign of the problems with the Croatian pensions system, which has been trying to find “the right formula“ for the last thirty years.

Given today’s problems – difficulties with finding and retaining employment, increasingly precarious work, and unusual job contracts, especially for young people – it will be more and more difficult for workers to complete 41 years of qualifying work before the age of 67. This achievement now looks like a dream for most people.

Those who choose or need to claim an early old-age pension will be punished by the government. The amount of the early old-age pension is permanently reduced by 0.3 per cent for each month before retirement age, i.e. by 3.6 per cent per year, up to 18 per cent for five years prior to retirement. The reduction is permanent and does not depend on the length of the completed qualifying period.

The "67 is too much" initiative and civic action for change

Citizens are turning to protest because of the problems mentioned. Their discontent can be recognized in the support for the "67 is too much" campaign this year. This initiative demands that an insured person be entitled to an old-age pension upon reaching 65, as was the case prior to the pension reform, and also the cancellation of penalties for early old-age pensions. The initiative also demands an end to discrimination against older workers and the opportunity to work after 65 for all those who wish it.

The initiative has collected enough signatures, more than 740,000, for a referendum to be called on the age for retirement and on the reduction of penalties for early retirement. The referendum, if adopted, would bring the full retirement age back to 65, abolishing the plan to raise it to 67 years. It would also reduce penalties for an early old-age pension, which would fall from 0.3 per cent for each month before retirement age to 0.2 per cent. The largest reduction for early retirement, when taken five years before the official date, will no longer be 18 per cent but 12 per cent.

The initiative did not however include one important question – that of the privatization of the pension insurance system, or more precisely the so-called second-pillar pension . This scheme, proposed by the World Bank, was introduced during the 1990s as a model for transition countries. All the former socialist countries applied the model except Czechia and Slovenia, which implemented it on a voluntary basis. After the model proved damaging for pension sustainability and the public finances, Hungary, Poland and Slovakia decided to cancel it. Croatia has no such plans for now.

The Croatian Retirement Union has pointed out that allocating more resources to the second pillar causes a shrinking of the first pillar, the one based on intergenerational solidarity. Pension funds invest using the second pillar in order to grow their size, even if in reality things are different.

Prime minister Plenković said a few days ago that the government will accept all the demands from the "67 is too much" initiative. But trade unions are not giving up on the referendum. They learned from the experience in 2010 , when they gave up on a referendum on the Labour Act despite having collected 810,000 signatures.

Beyond the retirement age, the very low level of the pension means that it is almost impossible to survive on it. The key figure here is the amount of the pension as a percentage of the average net monthly wage. In 1990 the percentage was 77.2 per cent; after the war it fell to 45.9 per cent; and today it is only 37.7 per cent.

Working in retirement in Croatia

In 2004 it became legal in Croatia to work part-time after retirement, but only for those who had the right to an old-age pension, meaning men older than 65 and women older than 62. From the beginning of 2019 everybody is eligible , including those with early old-age pensions, retired active military employees, police officers and other officials.

According to the latest information from the Croatian pension insurance institute, there are currently 11,558 retired people working, 6,931 men and 4,627 women. The figure that most illustrates the increase in retired people starting to work again is the figure for average employment (the average for 2019 is calculated on the data collected until the end of July). From 2017 to 2018 there was a gentle rise and in 2019 the figure doubled.

Retired people in Croatia work mostly in technical and professional activities, as well as in health services and commerce. During the run-up to this summer season, there were job advertisements looking for retired seasonal workers. One of them was especially inventive: the retail chain Spar was proposing to retired people part-time work which included two days off, hot meals, paid travel expenses and payment in the first week of the month. They also offered “free time for swimming and sunbathing“ with a towel and sun cream as a gift.

Before the summer season, the former minister for labour and pensions Marko Pavić made a revealing statement : he said that more and more retired people work because they want to socialise and not because they do not have enough money to live decently. Of course, his claim was partially true but the fact remains that 50 per cent of retired people live on the brink of poverty with no other option but to continue working.

In March this year the Slovakian parliament decided that the age for retirement would be capped at 64. The decision was made during the initiative for the referendum campaigned on by trade unions with the same demand. Croatia and Bulgaria are the sole members of the EU that have increased the retirement age to 67 despite life expectancy lower than the EU average.

A survey made this year by ING bank shows that worries about not having enough money in retirement are mostly an issue in countries with stronger social cohesion. The survey included 15,000 respondents, of whom 2700 were already retired. The main finding is that most of the people surveyed said their pensions would not be enough for a decent standard of living.

Women worry more (66 per cent) than men (56 per cent). The most concerned are Spanish and French people – two-thirds of them think they will not have enough money. In the “fortress of capitalism", the United States, 62 per cent of respondents think that they will not save enough money for retirement. About half of retirees in Europe say that they are not enjoying the same standard of living they had when they were working.

Denmark and the Netherlands are planning changes in their pensions systems in 2020, when the retirement age will increase to 67. The most restrictive conditions are in Ireland, currently a “promised land“ for Croats. The retirement age there is 66 now, and is due to increase to 68 by 2028. But many citizens should and will be opposed to such changes.

Peace in retirement is an ongoing struggle.