According to the annual assessment of the European Railway Agency, the trend of a steady decrease in the number of rail accidents continues. However, rail-related suicide rates remain roughly the same. 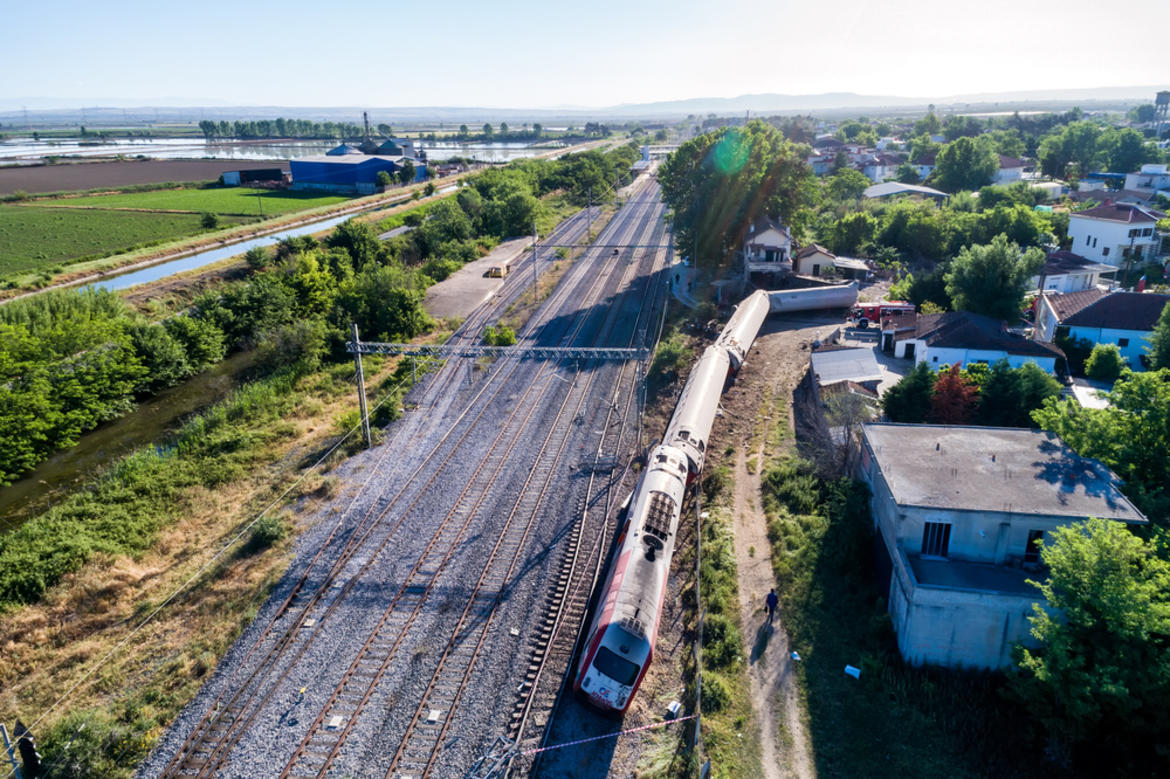 In 2019, there were 1,516 serious rail accidents in the EU member states, with 802 fatalities and 612 serious injuries, according to the annual report of the European Railway Agency (ERA).

It is worth comparing this figure with data from previous years. If we look at the figures for 2010 and the number of accidents recorded over the past decade, the picture is clear: the number of rail accidents has been steadily falling, down by 32 percent from 2,229 accidents in 2010. More than half (61 percent) of the fatalities in rail accidents were people who were on the tracks unauthorised and a third of the incidents occurred on level crossings. It is important to note that these figures do not include suicides, which are reported at the end of this article.

32 per cent reduction in ten years

If we look at the change over a shorter time frame, we see that there were 9 percent fewer rail accidents in 2019 than a year earlier, i.e. 150 fewer incidents. The most significant decrease over the past decade occurred in 2015, when there were 13 percent fewer accidents compared to the previous year.

In general, it is fair to say that, based on the most recent comparisons, there were fewer accidents in almost all categories between 2018 and 2019. The largest decrease was in accidents involving vehicles in motion, with 144 cases. Just to mention: the number of fires involving vehicles decreased by 16, collisions by six, accidents at level crossings by ten, and derailments by one.

60 percent of people who died in rail accidents in 2019 were “unauthorised” near the tracks. However, the number of fatalities has fallen significantly over the last decade, from 1,245 in 2010 to 802 in 2019. The decline has been fairly steady, although there was a slight increase in the middle of the decade, but overall this sad figure has fallen by 35.6 percent in ten years.

The highest number of victims continued to be so-called unauthorised persons on railway tracks, with 492 cases in 2019. The second most common type of accident was accidents at level crossings, with 263 fatalities. Only a very small fraction of the fatalities were people who were using the train as passengers.

Between 2010 and 2019, the figure was between 1 and 5 percent, with the exception of 2013, when 9 percent of all fatalities (97 people) were passengers. This was due to the train accident in Santiago de Compostela in July, when 79 people lost their lives in the crash. It is a good indication of the exceptional nature of such an event that there were no other passenger fatalities in rail transport in Spain that year and that this accident accounted for 81 percent of the fatalities in this category. According to the latest data for 2019, 16 passengers in the EU lost their lives in rail accidents, accounting for 2 percent of all fatalities.

Looking at the trends, rail travel is becoming safer. The European Railway Agency estimates that between 2010 and 2014, the risk of death for people travelling by train was 0.14 per billion kilometres in the EU. By comparison, this is one third lower than for bus passengers, but at least twice as high as for air passengers. In fact, 97.8 percent of rail fatalities occurred either when unauthorised persons were near the tracks (on the tracks) or at the level crossing of the road and the railway – in neither case were the lives of the train passengers at risk.

The number of people seriously injured in rail accidents has decreased over the last decade, with some fluctuations. When there has been an increase in injuries, it has been linked to a major disaster, such as the aforementioned accident in Spain or the Buizingen (Belgium) accident in 2010. In the former, around 140 people were injured and 79 lost their lives, while in the latter, 18 people lost their lives in addition to 162 injured.

In 2016, the number of injured passengers increased significantly compared to the previous year, before decreasing again in 2017 and remaining stable in 2018. By 2019, the number of injured (612) had decreased by 18.2 percent. No person was seriously injured in train collisions in 18 member states this year. Overall, only one person was seriously injured as a result of a train derailment in the EU-27 before last year. Most serious injuries caused by a train in motion were reported in Germany (74), Poland (26) and Hungary (24).

No let-up in suicide

As indicated above, rail accident statistics treat suicides separately. These figures no longer follow the general trend of a decrease in the number of accidents and are significantly higher than the figures. Between 2010 and 2019, between 2,300 and 2,800 rail-related suicides were recorded each year. The highest was in 2012: 2,734 cases. The most recent figure is 2019, when 2,313 suicides were reported, the highest number being 646 from Germany. A significant number of suicides occurred in France (261 recorded cases), Czechia (211 recorded cases) and the Netherlands (194 recorded cases).

The fight against suicides is constantly on the agenda of railway administrations, but it is by no means easy. It is common practice to use barriers at major junctions to make access to the tracks more difficult, and station staff are trained to deal with suicide attempts.