Political ads on Facebook: who spent the most in Poland

Polish candidates to the European Parliament spent hundreds of thousands of złoty on Facebook ads. The most money was spent on European Coalition’s pages. Confederation, on the other hand, has clearly invested in the nationalist leader Krzysztof Bosak. 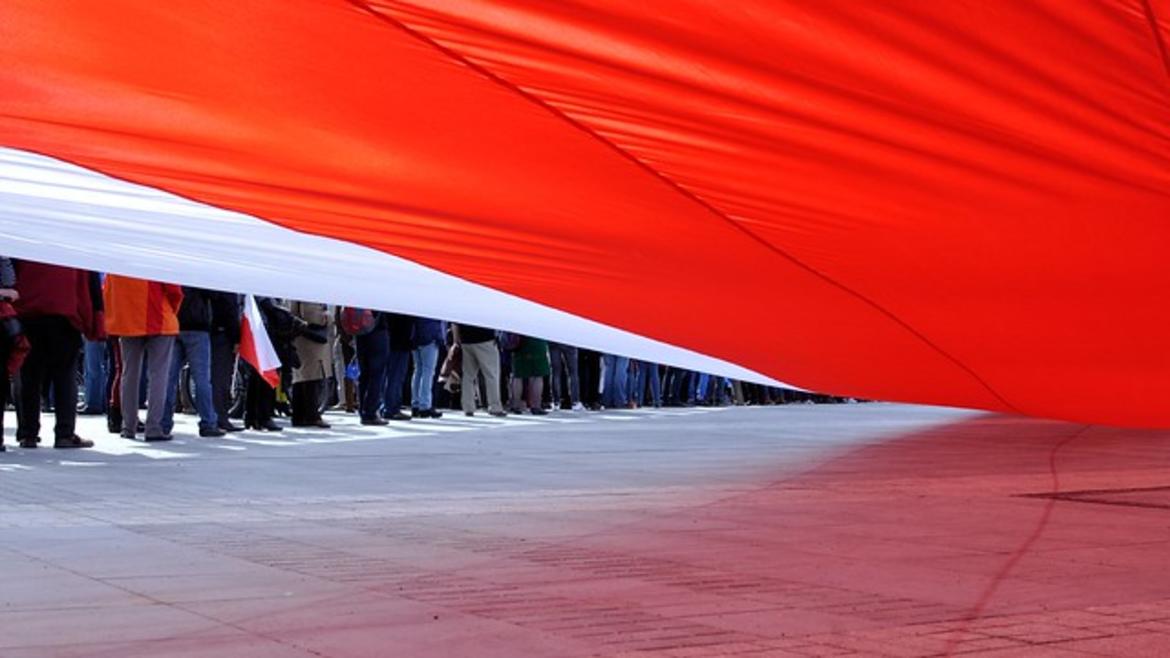 Since mid-April, Facebook has been making data available about the political ads placed on their platform. We can see who placed the ads, what political committee signed for them, and how much they cost. Parties and politicians can target their ads on Facebook very precisely, indicating the national region and the viewer’s gender and interests, as well as many other filters. We made a detailed analysis of the data over a 30 day-period in the campaign for the European elections, between April 20 and May 19.

●  the page with the highest expense on ads belonged a Spring candidate from Western Pomerania, Sven Zagała

●  among the profiles of the candidates of Law and Justice, the most money was invested in Anna Fotyga's page

●  after the debate on public television, Confederation, which had previously been spending mainly on its electoral committee's page, began to invest in the page of its leader, Krzysztof Bosak.

European Coalition spent the most

298,000 złoty were spent on Facebook ads by the European Coalition page and by its candidates' pages between April 20 and May 19. Out of this, 185,000 złoty were for candidates' ads, and 113,000 złoty for ads linked to the electoral committee’s page.

Significantly less was spent on ads by the other electoral committees. Just under 115,000 złoty were spent on ads published on the pages of Confederation and of its candidates. This list did not promote itself much through the profiles of individual candidates – it concentrated the efforts on the profiles of the party and coalition.

A similar amount was spent on Facebook ads by the Law and Justice and Spring electoral committees. Relatively little was spent by Kukiz’15. However, this ranking does not take into account the funds spent during the last weeks of the campaign. When browsing the political ads on Facebook, for instance, one can notice a recent considerable spike in activity from Kukiz’15 candidates.

After the debate, Confederation bets on Bosak

Placing ads on Facebook allows the funder to react rapidly to what is happening. We clearly see this happening it we observe the ads placed by Confederation. Many commentators found that Krzysztof Bosak did well during the televised debate between the candidates for the European Parliament. And his electoral committee reacted: we can see that nationalists invested in the promotion of this candidate in particular. On May 23, the day of the debate, as many as seven different ad campaigns with his name and photo were launched.

The biggest spender is in Western Pomerania

As far as candidate pages are concerned, the biggest spender was Sven Zagała, the Spring candidate in Western Pomerania. During the month of the analysis, over 24,000 złoty were spent on ads connected with his page.

The first places in the ranking are dominated by European Coalition candidates. Among Law and Justice candidates, the biggest spending page belongs to Anna Fotyga. During the analyzed period, her ads cost in total over 11,000 złoty.

The graph is interactive. Click on the bubble to see more.

When buying an ad on Facebook, a politician (or the agency serving him or her) can precisely target his or her potential voters. The customer can specify whether the ad is to be seen by women or by men and further filter by age and place of residence. As the electoral districts are large – sometimes encompassing two voivodeships – politicians generally direct their ads to the inhabitants of entire regions.

For instance, one of Anna Fotyga’s ads, in which the Law and Justice candidate “thanks the President for his words of support, which were unusually important for her,” was directed exclusively at the inhabitants of the Pomerania voivodeship, especially young people (under 34 years of age). Men were dominant among recipients in the youngest age group (18-24 years of age).

In addition, Facebook algorithms make it possible to target ads on the basis of likes and interests. A colleague of ours saw an ad for Adam Bielan on his wall. He clicked on the “I” placed in the corner of the ad and saw why Facebook considered the ad would interest him. It emerged that it was in connection with his interest in religion.

We see other interesting examples as well. The actress Dominika Chorsińska (also known as Dominika Figurska), who has been a Law and Justice member of the Mazovia Assembly since the autumn, directed ads to people who liked the Law and Justice fan page.

In contrast, Piotr Ikonowicz, running for the Left Together list in Łódź, directed his ads to a wide range of recipients. In the campaign below he did not define a precise group of recipients.

What is the objective of an ad?

Each page can also define the objective of the ad. After seeing the ad, should users “like” it? Or share it with friends, or join in an event organized by the politician?

Since mid-April, Facebook has been publishing data about how politicians advertise on the platform and what amounts they spend. Facebook has begun providing data on every ad, listing who ordered and paid for it. Moreover, people who want to place such ads must now go through an authorization process. All political ads can now be seen in a special Facebook Ads Library .