One in five people in EU prisons are in pretrial detention

People waiting for a final sentence often suffer worse conditions than convicted prisoners, even if they're innocent. 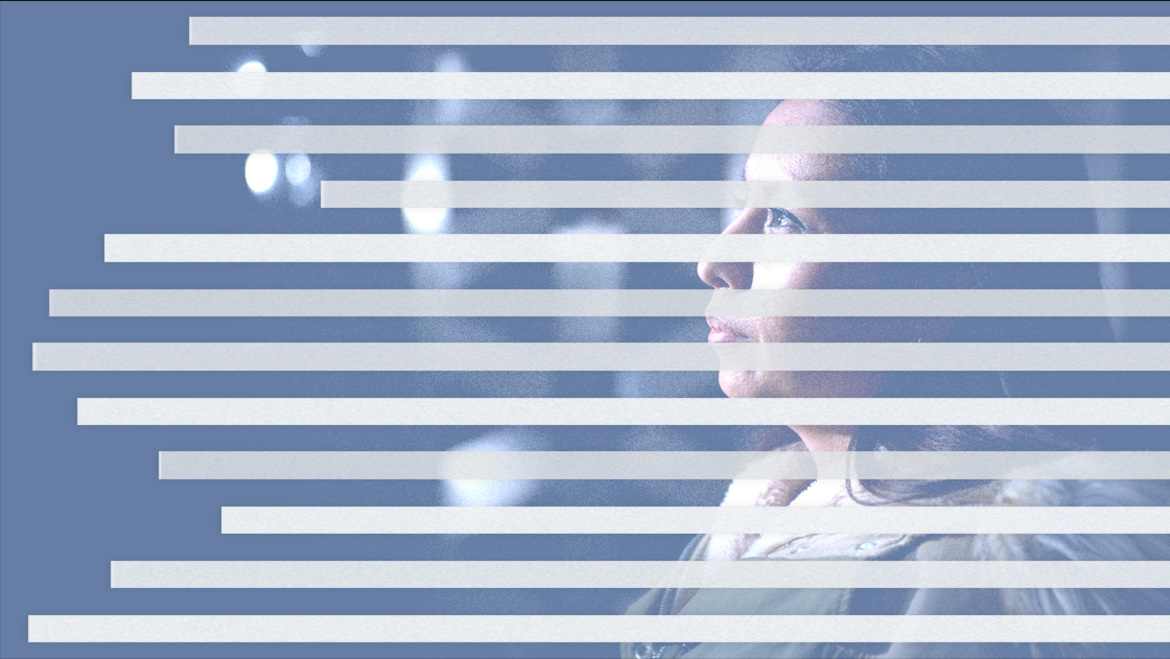 Almost 100,000 people across the European Union (EU) have one thing in common: their justice systems have locked them up but no court has issued them a final sentence. Despite the profound economic, social and personal consequences of going to prison, European courts often use this provisional measure against people whom they must still consider innocent.

More than one in five people in European prisons were, at the beginning of 2021, in pretrial detention, meaning they are waiting for their trial or the result of an appeal. Some 22 of every 100,000 inhabitants in the European Union (EU) were deprived of their liberty before final conviction.

The decision to confine someone is provisional, but it can be irreversible. Danijoy Pontes died on 15 September 2021 in a Lisbon prison, awaiting the outcome of two appeals to his conviction for robbery, one by the prosecuting Public Ministry, the other by the defence. Both appeals sought to reduce his sentence to five years and let him serve it at home. He had no previous criminal record.

The consequences of being in prison last well after release: “Being accused stays in people’s minds more than being acquitted. That’s why in the beginning it caused a lot of problems in finding a partner or a job,” says Sándor Schönstein, whom Hungarian prosecutors accused of murdering his mother. After a conviction, he spent almost two years in pretrial detention pending his appeal trial, which acquitted him. Years later authorities found the real culprit.

Laure Baudrihaye-Gérard, legal director for Europe at Fair Trials , an international civil society organisation, says the use of pretrial detention is abusive and that populism has been pushing its growth.

In France there are almost 18,000 people waiting a final conviction and almost 17,000 in Italy. In some countries the percentage of the prison population is overwhelming: in The Netherlands almost half of the people in prison are in pretrial detention. The vast majority have not even gone to a first trial.

Compared to those who end up in prison after lengthy judicial proceedings and have more time to prepare mentally, pretrial detention is a sudden blow.

“It’s like being swallowed by a huge beast,” says Charles, an American who sleeps rough in a cave in Barcelona and who spent 185 days in pretrial detention accused by the police of trying to set a container on fire. The police caught him digging inside the container.

Viviana Verástegui says that the only thing she knew about prisons was what she had seen in television shows and movies: orange overalls and showers. “All I did was cry, I didn’t understand anything,” she recalls of her time in pretrial detention.

Spanish authorities accused her of bringing drugs from Peru by plane, but she claims that an acquaintance fooled her. The court acquitted her after a year in pretrial detention. Now, even after therapy, her cat’s meows traumatise her because they remind her of the wail of the prison siren.

Despite the profound consequences of sending someone to pretrial detention, judges often lack information or time to evaluate each case in depth and must make almost automatic decisions. “Most of these hearings happen in literally minutes,” says Baudrihaye-Gérard. Alexia Jonckheere, a researcher at the Belgium National Institute of Criminalistics and Criminology, agrees: with barely any information and few alternatives: “Judges are totally dependent on the lawyers.”

But what does the law say? When can courts send people to pretrial detention without a final conviction?

Member states of the European Union have very similar rules: The first is that there be strong evidence that the person committed serious crimes, not petty offenses: in Germany, for example, that pretrial time must be proportionate to the potential sentence of a final conviction. Despite that, 9% of people convicted in Germany spent more time in pretrial detention than the sentence for the total final conviction, according to federal prosecution statistics.

Other countries allow pretrial detention only for defendants facing certain minimum sentences: such as three to five years in Portugal; one year in Belgium, three in France and two in Spain. Most countries have exceptions for organised crime or terrorism, but once the accusation meets that bar then at least one of three risks must also be present: the risk of destruction of evidence or of influencing witnesses or victims; the risk of recidivism or committing other crimes before trial; or the risk that the defendant will try to flee before trial.

Lara Wolf is a German lawyer and has published research on flight risk, the risk that a defendant will try to flee trial altogether. She says that one of the reasons for the high levels of pretrial detention is popular pressure: for judges, “the effort to justify releasing someone is greater” than the effort to justify detaining them. According to Wolf’s study, 92% of people in provisional detention due to flight risk “would not have left at all.” Wolf says judgments about flight risk are discriminatory, since judges often assume foreigners and homeless people lack the roots in the community to stay and face trial. Too often, she says, judges make such decisions “only on the basis of feelings and assumptions.”

That was the case for Charles, the American in Barcelona, and Pontes, born in São Tomé e Príncipe, although he had lived in Portugal since he was 15 years old, and Verástegui, born in Peru, although she had had Spanish nationality for years and provided a letter of support from her employer in Spain.

Another justification for detaining defendants is the fear that they will commit another crime. Each country uses different language to express that fear. In Italy, they talk about “social danger,” in Belgium, “serious safety concerns” and in Portugal, “serious disturbances of public order and tranquillity.” The problem is that the line is thin between a defendant’s rights and public pressure on judges, especially in cases that garner media attention. Although the law does not address media pressure, such pressure can influence judicial decisions.

Pretrial detention can also influence your final sentence. Experts give several reasons: first, it’s harder to prepare a defence while in prison, with minimal contact with a lawyer. Second, some judges may not wish to backtrack on previous decisions: “Pretrial detentions increase the likelihood of receiving a sentence,” says Pontes’ lawyer, Adriano Malalane, because of “judicial corporatism” (when judges avoid contradicting their colleagues). In Pontes’ case, the lawyer says, “if he had been on the street, they would not have sentenced him to prison.”

There is a third reason that pushes people in provisional detention to conviction: many make plea deals, even if they are innocent, to get out of prison as soon as possible, especially when the judicial system moves slowly. “The reality is that over half of cases in Europe are now being pled. So, there’s never a trial. And we see that there is a strong element linked with pretrial detention. When someone is held, the incentives and the pressure to plead guilty and get out are massive,” says Baudrihaye-Gérard, the Fair Trials expert.

A common rule, established by the European Convention on Human Rights, is that a person in preventive detention has the right to “be tried within a reasonable time or released.” The problem is that these deadlines are sometimes unrealistic. With different systems of review, extensions and checks, and variations depending on the time of the crime, the maximum time that a person can spend in pretrial detention, and sometimes only applies to specific crimes, is six months in Germany, one year in Italy, 18 months in Greece and Bulgaria, three years in Croatia and four years in Hungary, Spain and France.

Vanessa Michel is a legal expert at the Secular Aid Service for Litigants and Victims (SLAJ-V). She says the sudden entry into prison is like entering “a parallel universe where time stands still. Time stops and everything is turned upside down.” For her, pretrial detention is “dead time.” In most cases, pretrial detention does not include social integration plans, tasks to occupy the time, or psychological or psychiatric care. Many people in pretrial detention spend 23 hours a day in their cell and have minimal or no communication with the outside. They also face enormous uncertainty. “Pretrial detainees are at the bottom of the food chain, so to speak,” says Christine Morgenster, a professor of criminal law and gender studies at the Free University of Berlin.

Compensation of 20 to 75 euros per day of detention

Most European countries provide compensation to the acquitted. It is often difficult to claim and slow to arrive and, many sources complain, there are almost no clear rules in the EU as to how much it should be. The exceptions are Germany, which could pay 75 euros a day if many requirements are met, and Greece, which pays between 20 and 50 euros. Verástegui received 2,000 euros for her year of provisional detention. She says that, between debts to pay her rent, among other expenses, and loss of her salary, it does not come even close to compensating her. Schönstein received 32,000 euros for almost two years in a Hungarian prison. “It is by no means sufficient to compensate for the damage. It did not even cover my costs related to the proceedings,” he says. Then there are the other costs, the personal ones.

While pretrial detention should be the last resort, after less radical measures such as electronic monitoring anklets or probation, it is often a first choice. Baudrihaye-Gérard blames part of the political class for spreading “social representations of what incarceration is that are completely disconnected from reality and that deny the brutality of detention.” Growing populism makes it very difficult to avoid the abuse of pretrial detention or to improve the conditions, Baudrihaye-Gérard says: “It’s not going to get them votes.”

We extracted the data from Tables 8 and 24 of the SPACE I 2021 report produced by the Council of Europe. You can download the data here . We use the category “not serving a final sentence” in the SPACES I report because in most European countries the legal status is the same and many do not break down their data between other categories. This category includes both people who have not yet had any trial (the majority) and those who have appealed their conviction and are awaiting a final ruling.

We have excluded countries with fewer than 1,000 people in prison. Although we mentioned in the text some absolute numbers of people in pretrial detention, we chose to visualise only the percentage of the total prison population that was awaiting trial or appeal. It seemed to us a more manageable and understandable figure. We are aware, after an internal debate, that this percentage may depend on other factors, such as the length of sentences, and the total number of people in prison at any given time. We concluded that the clarity and simplicity of the figure was appropriate for this journalistic article.

We visualised the data using Observable and D3.js.

The data is drawn from the SPACE I 2021 report produced by the Council of Europe. You can download the data here .