Lessons learned from 2017 and expectations for 2018

2017 was expected to see populist parties landsliding all over Europe, which did not happen. Will 2018 follow the same path? Most probably not, says expert Cas Mudde. 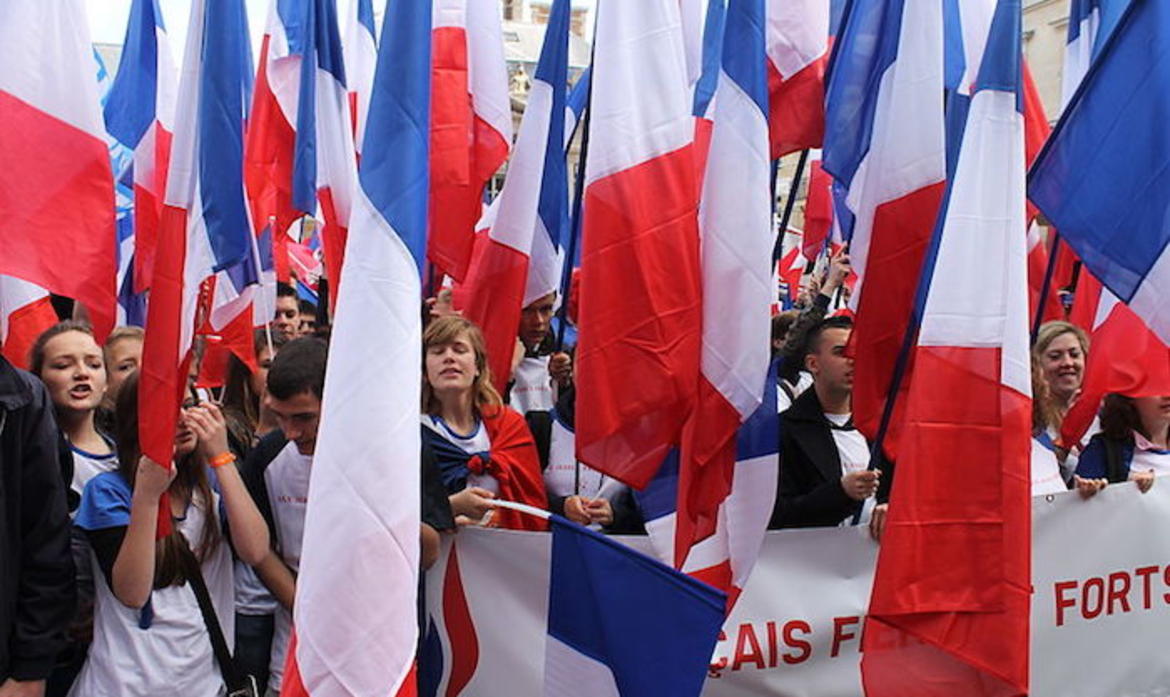 At a Front National rally on May Day 2012 in Paris. Photo : G. Bouchet/Front national

While 2016 was the year of the populist surprise, 2017 was supposed to be the year of the populist victory. With elections scheduled in Austria, France, Germany and the Netherlands, to name the most prominent ones, all eyes were on the “populists,” which, in the vast majority of cases, were the populist radical right. Particularly in the British and US media the narrative was that the Brexit/Trump earthquakes would lead to massive aftershocks on the European Continent, leading to the demise of long-serving centrist leaders, like Chancellor Angela Merkel in Germany, and to the rise of new, populist leaders like Marine Le Pen in France.

The dominant narrative of an emboldened populism defeating an embattled status quo got its first hit in the Dutch parliamentary elections of March, in which Geert Wilders’ Party for Freedom (PVV) underperformed, even compared to the more realistic polls directly preceding the elections. Instead, Prime Minister Mark Rutte was the big political “winner,” despite being an electoral loser, by adopting the discourse and in part policies of the PVV. Rutte declared that his “good populism” had defeated Wilders’ “bad populism” and the international media ran with it. We were all populists now!

The French presidential elections the next month were the real test for the dominant narrative, however, as they were the only winner-takes-all election of the group. For much of the previous years Marine Le Pen had led the polls as the most popular politician in France. However, as was not as much reported, she was also by far the most unpopular politician in the country, making her chances at winning the second-round runoff slim to none. In the end, she underperformed in both rounds, in part because of weak campaigning and poor performance in the one television debate, and was rendered almost irrelevant by the new star of European politics, Emmanuel Macron, who completely dominated the parliamentary elections the next month too. Inevitably, he was christened a “populist” too, because, whatever the facts, populism had to be the big winner of 2017!

As Macron was slowly redefined as a political outsider, rather than a full-fledged populist, journalists were starting to float a new narrative, the death of populism, exaggerating the underperformance of Le Pen and Wilders – mostly by comparing the real results to unrealistic expectations. This made the upcoming German parliamentary elections of September the do-or-die moment for “populism.” Was Merkel going to triumph, and give populism its death blow, or was the populist radical right Alternative for Germany (AfD) going to end her 12-year old tenure as Chancellor?

The answer was unclear on election night, with the AfD scoring the second-best result for a third party in recent history, but Merkel and her CDU/CSU remaining by far the strongest force in German politics. Confusion reigned within the media and punditry world: was populism victorious or dead? The answer was to be given by the neighbors to the south, Austria, which held parliamentary elections the next month. However, the Austrian elections brought yet another scenario, which displayed some similarities with the Dutch and some with the French case.

The big winner in the Austrian elections was the young Minister of Foreign Affairs, Sebastian Kurz, who had transformed his conservative ÖVP in a personal political vehicle, which was somewhat reminiscent of Macron in France. On the other hand, he had won by a “good populism” strategy of Rutte in the Netherlands, campaigning on his authoritarian and nativist response to the so-called refugees crisis. But in a complete break with the other countries, which all had ostracized the populist radical right, Kurz invited the FPÖ into the government.

Unlike in 2000, when his predecessor Wolfgang Schüssel had done the same, there were no big national or international responses this time around. The populist radical right has been normalized, be it as a partner or as a pariah.

Which brings us to 2018, a year in which many European countries with strong and well-established populist parties go to the polls, including Hungary and Italy. What can we expect on the basis of the lessons of 2017?

First, there are no general lessons, as Europe is a continent, not a country. National elections are, first and foremost, national! Hence, the elections in Hungary will be affected by Hungarian factors, such as the internal division of the opposition, and those in Italy by Italian factors, including the ongoing refugees situation.

Second, populism will remain relevant within European elections, particularly where populist parties were already relevant a decade ago.

Third, whatever the actual results of populist parties, the international media will report on them disproportionally.

This map shows the strength of populist, sovereignist and nationalist parties in Europe, according to flagging and research by Timbro , Policy Solutions , Parties and elections, Chapel Hill Experts Survey , Epicenter Network and Cas Mudde.