Last year, more than half of the alerts issued by the EU's Rapid Alert System for Food and Feed concerned products from non-EU countries. If these countries are unable to adapt their production chains to EU food safety regulations over the next few years, the risks to European citizens will continue to grow. 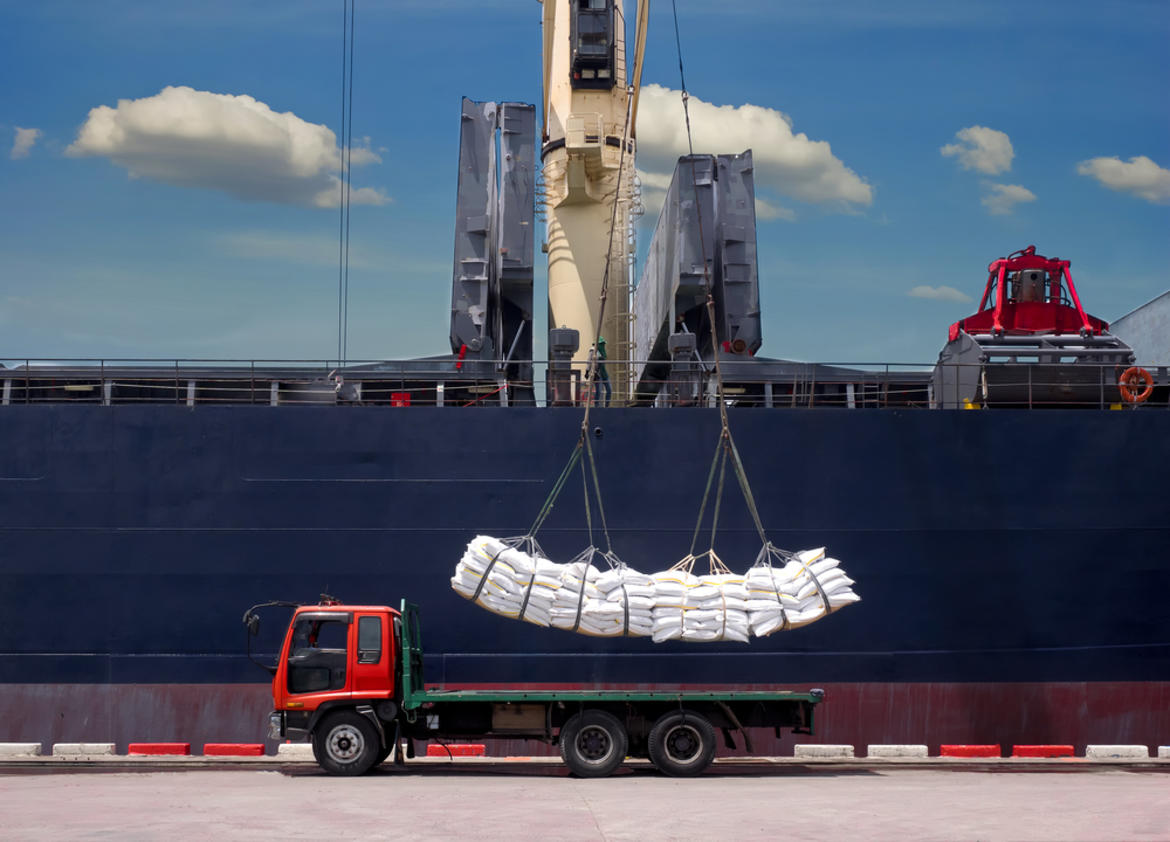 In 2020, European countries participating in the Rapid Alert System for Food and Feed (RASFF) indicated a total of 3773 foods that failed to comply with European food safety regulations . The RASFF was established in 2002 , following the mad cow crisis, in order to provide food and feed control authorities with an effective tool to exchange information. This constant exchange helps European countries to rapidly coordinate a response to threats to citizens' health.

To fully understand how the RASFF works, the European Commission has compiled this useful infographic .

The RASFF consists of the ministries or bodies responsible for the protection of health and food safety in all European Union Member States, plus the United Kingdom, Norway, Switzerland, Iceland and Liechtenstein, as well as the European Commission, EFSA (the European Food Safety Authority) and EFTA (the European Free Trade Association). Depending on the seriousness of the alert, the stage of distribution, and the type of product, notifications are divided into four macro-categories: food alerts, information notifications, border rejections and news. Actions are taken by the country reporting the food, and vary depending on the seriousness of the alert, from communicating with other countries, to destruction or withdrawal of the product from the market, to sorting in another member country.

The number of notifications issued in 2020 was down slightly from 2019, when a record high of 4118 notifications was reached. In general, since 2005 (the year after Eastern European countries joined the EU and thus the RASFF) the number of annual notifications has always tended to fluctuate between 3000 and 4000.

Compiling the data available on the RASFF portal , we produced a graphic of the countries of origin of all the products notified by the network in 2020, almost all of which are destined for the European market, or whose destination is unknown (sometimes because the product is not yet on the market, or because it is sold online).

In 2019, the total value of food and feed products traded between the 28 EU Member States amounted to more than 336 billion euros, exactly three times the value of those imported from abroad (112 billion euros). However, less than half of the notified products come from EU countries. The RASFF database not only reports notifications for imported or exported food and feed, but also those destined for the domestic market of the same country of origin: this further decreases the relative weight of notified European products.

Poland, with 376 notifications, is the European country from which the most products were reported by the RASFF in 2020. As many as 276 of these notifications concern poultry and poultry products (Poland is the largest poultry producer in the European Union ), reported in the vast majority of cases due to the detection of Salmonella and Listeria monocytogenes bacteria. In the first half of 2020, several European countries which imported poultry from Poland reported a number of Salmonella infected deliveries which could have caused deaths and created a scandal .

More than 100 reports behind Poland is France, with 234 reports, followed by the Netherlands with 214 and Germany with 188. However, these countries do not specify any category as being particularly problematic, though France records a significant number of notifications (52) in the category "bivalve molluscs and derived products" (classified in the graph as "other"). This is mainly due to oyster exports contaminated with pathogens such as Norovirus.

Turning to non-European countries exporting food products to RASFF countries, those with the highest number of notifications are India (456), Turkey (383), China (213), United States (161) and Brazil (102). Each shows particular categories of criticality.

In the case of India, over 70 percent of notifications concern the export of nuts, nut-based products and seeds. These are mostly batches of sesame seeds contaminated with ethylene dioxide, a carcinogenic and mutagenic substance contained in certain pesticides and banned by EU regulations. The alarm was sounded in September 2020 by Belgium, but products were still being recalled in February 2021: in some batches of sesame seeds that are also used in the production of other foods, concentrations of ethylene dioxide were found to be higher than one thousand times the maximum residual amount allowed by the European Union.

The vast majority of reported Turkish products are categorised as "fruit and vegetables" (275 out of 383 total notifications). Many of the notified products were contaminated by higher than normal amounts of banned substances contained in pesticides (such as Prochloraz, Chlorpyrifos and others). Another toxic agent detected less frequently, but in any case consistently, are aflatoxins — highly toxic and carcinogenic toxins produced by certain fungal species, which in some cases can contaminate fruits and vegetables, but also nuts.

The reported products from China, the US and Brazil are more varied. Many reports in the case of China concern toxic agents migrating from materials in contact with food to the food itself. In the case of US products, Aflatoxins are one of the most frequently detected toxic agents in nut products. Several types of harmful substances are also found in dietary foods, dietary supplements, and fortified foods originating in the US. Finally, nearly 60 percent of total reports on Brazilian products concern the presence of Salmonella in a number of batches of black pepper.

The relationship between imports and notifications

As we have seen, in 2020 RASFF notifications for products from non-EU countries accounted for more than half of the total, while import volumes were much lower than internal EU trade. By comparing data on the countries that received the most notifications and data on imports, we can get an idea of which countries pose the most problems.

Between 2017 and 2019, the countries that exported the largest quantities of food and feed to the European Union were Brazil, the United States, Norway, China, Argentina, Turkey, and Switzerland. In all three years, Brazil led the ranking, with an average annual import volume of almost 9 billion euro. In 2020, however, Brazil received "only" 102 notifications (of which more than half concerned the same product), even though almost a third of the total 9 billion consists of feed imports, a category generally less affected by RASFF notifications.

Thus, It seems that Brazil, at least in 2020, was able to comply with European food safety regulations with relative success. The same can be said of the United States, which, with an export volume of around 8 billion per year (with animal feed playing a marginal role), collected 213 notifications in 2020. On the other hand, the data for India and Turkey is clearly worrying. These countries take the top two places in the RASFF reporting list, and their respective import volumes do not justify such a high number of notifications.

India oscillates between tenth and fourteenth position in the list of the European Union's trade partners, but in 2020 received 456 notifications: more than twice as many as China and almost three times as many as the United States. This figure is partly due to the large number of alerts related to sesame seeds contaminated with ethylene dioxide.

It is evident - and partly understandable - that non-European countries have more difficulties in respecting European regulations about food safety. This is demonstrated by the fact that countries such as Switzerland and Norway, two of the most important trading partners of the European Union, have received very low numbers of notifications. There are of course numerous factors explaining this discrepancy, but one of the most obvious is the fact that in many areas of the world pesticides and fertilizers banned in the European Union continue to be used.

A qualitative analysis of the pathogens and toxic agents reported by the RASFF portal shows that reported food traded within the European Union is mainly contaminated by viruses, bacteria, fungi or parasites, while reported food coming from non-EU countries also contains a considerable number of artificial toxic substances. It is therefore likely that as long as foreign food chains do not successfully adapt to European food safety standards, these countries will continue to dominate the ranking of RASFF notifications.

METHODOLOGICAL NOTE: Some products notified by the RASFF network (about 300) come from more than one country: it is therefore necessary to take into account that the number of notifications reported in the graphs above does not indicate an absolute value. The notifications included in this analysis belong to three of the four categories of notifications: food alerts, information notifications and border rejections (there are no cases related to the fourth category, "news"). Tracking the origin of any food or feed is a complex exercise. RASFF itself states in a disclaimer, "The fact that a country is mentioned as the origin of a product does not necessarily imply that the identified hazard(s) originated in the country concerned."