Everything you ever wanted to know about EU infringement procedures

InfringEye is a data-driven tool developed by EDJNet, making it easier for journalists and citizens to understand the EU's infringement mechanisms, and to monitor past and ongoing procedures. Here are some of the main findings. 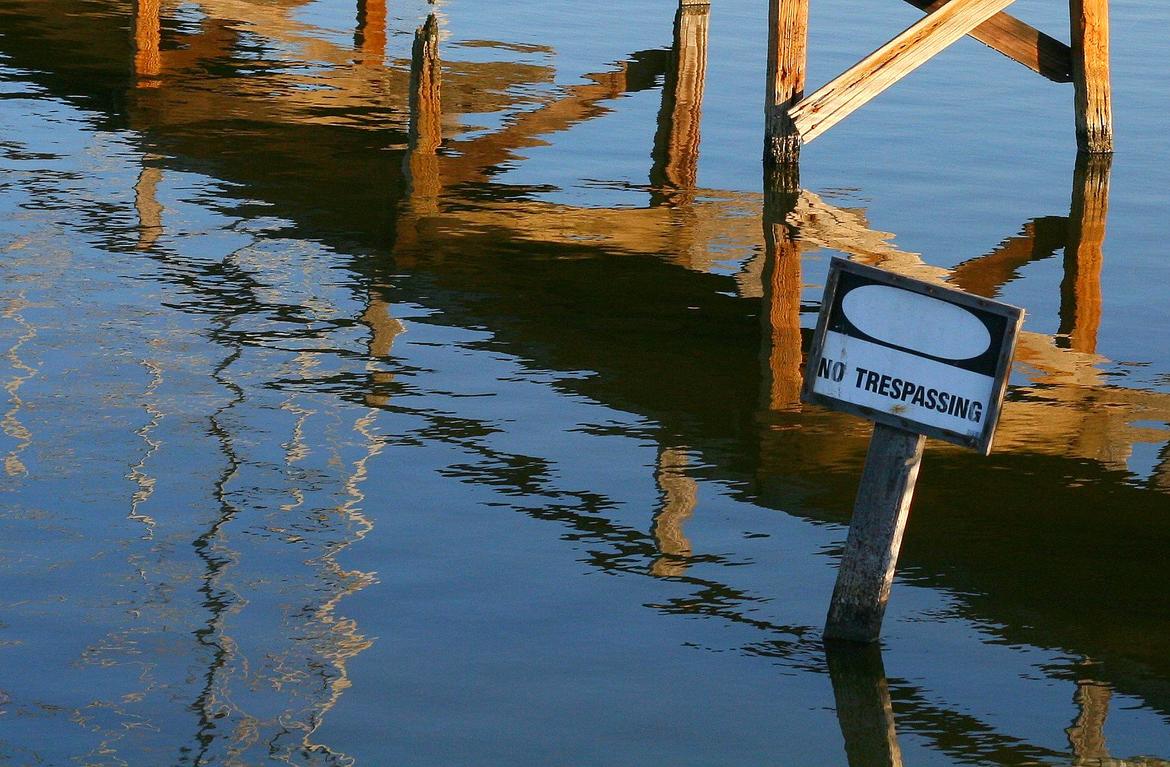 On the InfringEye page you can find more materials on EU infrigement procedures, including the database, a report comprehensive of country factsheets, additional charts and the underlying datasets.

This work was carried out by the Italian data-driven political watchdog Openpolis , a member of EDJNet. All the materials can freely be republished and reused.

The European member states and the European Commission share responsibility for ensuring compliance with community law. The observance of this collaborative spirit represents one of the best ways to check the health of the European Union, for every year a large number of directives and regulations approved by the EU institutions must be transposed into member states’ national legislations.

Both cultural and regulatory integration form a cornerstone of the European project. In this regard, the question of European infringement procedures cannot be ignored. The typical narrative doesn’t take into account the high cost of non compliance with community law. While there is of course an economic cost, there is also, and above all, an impact on European citizens’ quality of life.

Over the years, there have been efforts to establish a constructive relationship between the Commission and the member states, so as to limit the number of infringement procedures, and to give member states sufficient time to properly comply. This journey, as we’ll see, has had mixed results: while the annual number of open procedures has fallen, complaints and reports filed by citizens are rising constantly. At the same time, member states seem to be having difficulty breaking with old habits, with the number of pending infringement procedures rising at the end of each year.

What happens before an infringement procedure

The routes which lead to the opening of an infringement procedure are varied, and can involve many different litigating parties: on the one hand, the Commission itself through special investigations, or on the other, citizens through reports and petitions. The latter are constantly rising in number: on average, more than 3,700 complaints are received every year against members states for potential violations of community law.

While the data for individual countries show very different pictures from one state to the other, the general trend shows strong growth. 2018 saw the highest number of complaints since 2014, with 3,859 cases, 200 more than the previous year’s average. Once again, three countries were the subjects of a large proportion of complaints. First is Italy, with 633 complaints, almost half of which concern the internal market. Next is Spain, with 486 complaints, and France with 316.

In fact, the vast majority of these complaints come to nothing. Only 4.77 percent of complaints filed in 2018 led to further investigation by the Commission, through the EU Pilot mechanism. To make matters worse, while the number of complaints is increasing, the percentage of those leading to the opening of an EU Pilot case is constantly falling. In 2014 the figure was 17.09 percent, in 2016 it fell to 12.75 percent, and in 2018, as mentioned above, it fell to 4.77 percent.

These numbers can mean many things, but they certainly indicate that citizens’ perception of member states' behavior is getting worse, leading them to file an increasing number of complaints, which rarely lead to a genuine investigation by the European Commission. Complaints are dismissed either because no violation of European law is detected, or because of errors of some kind, or because the complaints are withdrawn.

Following a complaint, or its own internal investigations, the European Commission can decide to launch an EU Pilot investigation. This tool is deployed in order to anticipate and resolve potential difficulties, without having to launch an actual infringement procedure.

The EU Pilot mechanism, established by the Commission and the member states to exchange information and resolve problems concerning the application of EU law or the compliance of national law with EU law, is designed for the phase prior to the formal opening of an infringement procedure.

Despite the fact that this tool has yielded plenty of fruit over the years, the Commission has recently stressed the need to make less use of the EU Pilot, in order to avoid adding more bureaucratic stages before an actual infringement procedure. For this reason, in urgent cases, an infringement procedure can be launched without a prior EU Pilot investigation. The Commission’s new strategy is all too apparent when we look at specific data: the number of EU Pilot cases went from 1,225 in 2014, to just 110 in 2018. The major drop occurred in 2017.

The EU Pilot mechanism is based on establishing a constructive dialogue between member states and the Commission. In this regard, it is important to look at the resolution rate of EU Pilot cases, i.e. the percentage of cases where the Commission deems member states’ responses satisfactory. The higher this percentage is, the more useful a tool like the EU Pilot appears to be, avoiding the opening of actual infringement procedures.

It is certainly worth noting how this figure varies over the years. It can be used to trace the capacity of individual countries to respond to the Commission’s investigations, hold constructive talks, and avoid infringement procedures.

Change in resolution rates of EU Pilot cases, by country, 2014-18

What happened over the last five years

After all these phases, from citizens complaints to the EU Pilot and European Commission's investigations, comes the opening of an actual infringement procedure. The first step of this process sees member states receive a formal notice under article 258 of the Treaty on the Functioning of the EU (TFEU). Between 2014 and 2018, almost 4000 of these letters were dispatched, with an average of 796 per year. After a peak in 2016, the number has been decreasing.

Over the last four years, 3,981 new infringement procedures were opened, of which 211 concern Cyprus, the country most frequently targeted by the European Commission in this regard. The average annual number of procedures launched against Cyprus is more than 40, by far the highest figure for any member state. It is also worth noting the high number of procedures launched against Belgium (198 new procedures opened between 2014 and 2018), and Greece (190). Among the most virtuous countries, are Estonia (79 cases opened between 2014 and 2018), the Netherlands (86) and Latvia (99).

The 644 new procedures launched in 2018 brought the number of pending infringement procedures to 1,571. In recent years the amount of open procedures at the end of each year has grown constantly. From 2014 to 2015 the number was 1,350, while from 2016 the number stayed above 1,500. This means that while fewer and fewer procedures are being opened, member states are having difficulty disposing of the procedures opened in previous years.

Between 2014 and 2018, the number of open procedures at the end of each year grew by 16.63 percent. The number has grown by 380 percent in the case of Croatia – but having entered the EU in 2013, Croatia obviously began 2014 with a significantly smaller number of pending procedures than other member states.

Change in the number of pending infringement procedures, by country, 2014-18

Among the larger EU countries, Italy (-21.35 per cent) as well as France (-20.51 per cent) seem to have had the greatest success in bringing about policies to reduce the number of disagreements with the Commission. The same can be said for Greece (-14.61 per cent), Romania (-13.24 per cent), and Poland (-11.39 per cent). To the contrary, Germany and the UK have seen their total number of pending procedures grow by 17.65 and 20.37 per cent respectively.

The policy areas with which the procedures are concerned have also shifted over this period. Historically, the environment has proven the most contentious area for EU countries, and indeed the largest share of pending infringements at the end of 2018 (around 19 per cent) concerned the environment. However, this number is falling: in 2014, such procedures were 24 per cent of the total. The shares of other policy areas are relatively stable, as it is the case for mobility and transport (~15 per cent), the internal market (~10 per cent), and migration and internal affairs (~9 per cent).

The country with the highest number of open procedures was Spain (97 cases), followed by Germany (80) and Belgium (79). The lowest figures in this regard were held by Estonia (27), Finland (32) and Denmark (32).

Why so many infringement procedures are opened

As we’ve seen, the causes leading the Commission to open an infringement procedure vary in type.  Over the years, the percentage of procedures against late implementation of European law has increased, moving from 65 per cent of the total in 2014 to 74 per cent. In 2018, 17.69 per cent of cases were launched against misapplication of EU law, and 8.12 per cent against violations of European treaties or regulations.

The 419 new procedures launched in 2018 for late transposition of EU directives brought the total of such cases to 758. This is almost half of all open procedures. It is worth contrasting these figures with the number of directives that were given an implementation deadline by the Commission. Each year on average, the Commission approves around 55 directives with implementation deadlines. At the same time, the number of open infringement procedures against late transposition is around 500. This means that every directive which requires implementation within a given deadline generates ten infringement procedures on average against non-compliant member states.

The problem of late transposition of directives

What is the role of the European Court of Justice?

Another important player in European infringement procedures is the European Court of Justice. This is the final body which can not only condemn a member state for violations, but also enforce an economic penalty.

On average, since 2014 around 44 of the new cases brought to the Court of Justice involve member states who are unable to comply with community law. Despite improving in recent years, Greece has had more cases with the Court than any other member state over the last five years (22 cases, with 18 opened between 2014 and 2016). Germany is next, with 17 new cases, then Poland and Spain (both with 16 new cases).

Infringement cases brought to the ECJ per year, by country, 2014-18

Between 2014 and 2018, the total number of new cases which reached the Court was 223. Over the same period, 159 cases were concluded, either by the case being dismissed, or by a sentence being declared. The countries dealing with the most cases also have the greatest number of closed cases, including both positive and negative outcomes. The leader here is Greece, for which 20 out of 20 cases were judged to involve genuine infringements. Among the countries receiving the most convictions over the last four years are Spain (14 out of 14 cases), Poland (13 out of 14), and Germany (13 out of 15). Of the 159 concluded cases, only 15 were dismissed by the Court.

Outcomes of the infringement cases brought to the ECJ, by country, 2014-18

Analysing the available data allows us to look even further back in time. From 1952 to 2018, on 3,957 occasions member states have been brought before the European Court of Justice for failing to comply with community law. From this perspective, one country tends to dominate the stage: Italy, with more than 652 cases, or 16.48 per cent of the total. Next, at some distance, is France (419 cases, 10.59 per cent), then Greece (411, 10.39 per cent).