Croatia has not yet adopted a national suicide prevention strategy, despite the suicide rate recorded in the country being higher than the European and global average. 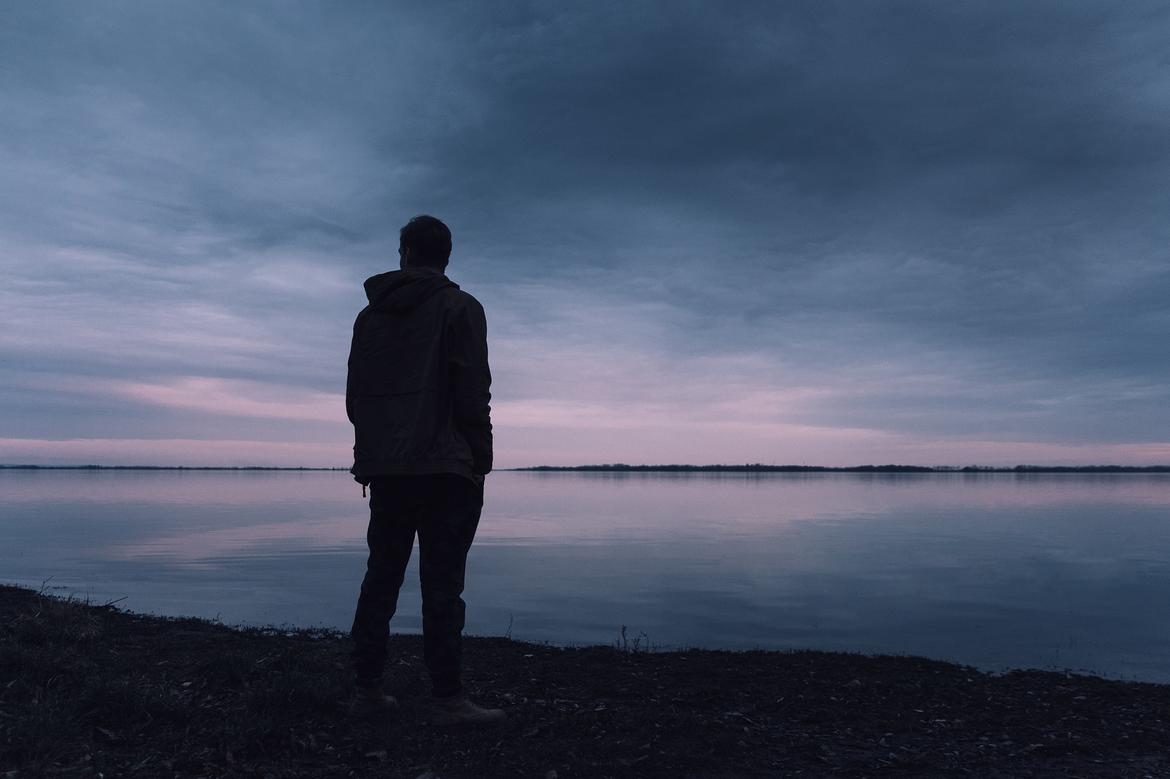 According to data published by the Croatian Ministry of the Interior, 566 people died by suicide in 2020 (number remained unchanged compared to 2019). The data for 2021 has not yet been published. Although in Croatia there has been a steady decline in suicide rates since 1999, the numbers recorded in the recent years are still well above the EU average.

The World Health Organization has underlined that suicides are preventable with timely interventions and a comprehensive multi-sectoral suicide prevention strategy. Some countries have already adopted similar strategies, that are proving effective. Tin Pongrac cites the example of Austria where in the last few years the number of suicides has decreased due to the implementation of a national suicide prevention strategy which contemplates seventy different types of actions.

“This far-reaching strategy envisages a range of measures, from the installation of safety nets on roofs and bridges, to more stringent controls over the sales of arms and certain types of medicines. It also includes direct support interventions, such as suicide helplines, awareness-raising campaigns, and research projects on suicide and its prevention. The implementation of some of these measures can be quite expensive, but Croatia should proceed gradually, one step at a time”, explains Tin Pongrac.

According to Pongrac, Croatia should look to Sweden, where as many as fifty institutions are involved in suicide prevention, and to Norway, where in the recent years the suicide rate has declined due to the implementation of a well defined national suicide prevention strategy.

“In Croatia the suicide rate is still very high. We still don’t have the data for 2021, but we know that the cases of mental disorders, including anxiety and depression, have increased during the pandemic. However, it seems that the society has become more aware of the importance of mental health and this bodes well”, says Pongrac.

Croatia has so far done little to promote mental health. The national strategy for the protection of mental health for 2020-2030 has not yet been adopted .

“There is no doubt that the phenomenon of suicide is closely related to mental health. We ask all out patients if they have suicidal thoughts or impulses. This is our main concern”, explains Sanja Martić-Biočina, director of the Institute of social psychiatry the Psychiatric Clinic “Vrapče” in Zagreb.

Although the depression and severe emotional crises are not the only risk factors for suicide, they are often decisive.

“Suicide is preventable. We can help people with suicidal thoughts. Our clinic follows an integrated approach to suicide prevention which envisages both the administration of medicines and psychotherapy. It is quite easy to get medicines whose costs are borne by the state, but often it is very difficult to access psychotherapy through the public health system. The state should invest not only in drug treatments, but also in psychological assistance. Psychotherapy is no less important than pharmacotherapy”, says Tin Pongrac.

Sanja Martić-Biočina explains that those who need support can go to the emergency room at any time. Nevertheless, 50% of people that died by suicide have never asked for any kind of help, so their families and friends were completely unaware of their state of mind.

“Suicide is a serious public health problem. There are different types of support, but the stigma surrounding suicidal behaviour makes it hard to ask for help. Often even family members and friends trivialize the problem, merely encouraging people prone to suicidal behaviors with statements like: ‘Don’t worry, you’ll manage’. It is very important to address this problem, to talk about it and to listen to people that need help. The depression often goes unnoticed, and the problem is often worse than it seems. If people who suffer from depression show any sign of willingness to seek help, we should encourage them to do so”, explains Sanja Martić-Biočina.

The isolation and other measures to fight the pandemic have had a strong impact on the mental health of the citizens of Croatia, as shown by the fact that over the last two years the number of citizens who sought help at the Institute of social psychiatry in Zagreb increased by 30% compared to previous years.

“There is a certain fatigue in the general population, the life has become monotonous. Many people closed themselves to others, and the consequences of this situation are already being felt. The public health system has proved slow, many things could be handled better, but the pandemic also had some positive effects. Our institute has made significant strides forward in remote healthcare, so today we can provide care to people who live on the islands of Brač and Korčula, but also to those living in small cities”, says Martić-Biočina.

According to data published by the Ministry of the Interior, in 2020 in Croatia 79,3% of suicides were committed by men, mostly aged 65 and over.

The World Health Organisation estimates that every year more than 700,000 people die by suicide, one in every 100 deaths. More people die as a result of suicide than HIV, malaria or war and armed conflicts. The objective of WHO is to reduce suicide rate by one third by 2030, supporting countries in their efforts regarding suicide prevention. Currently only 38 countries have a national suicide prevention strategy.

The Croatian government has not yet adopted a national suicide prevention strategy. However, since October 2021 Croatia participates in the EU project ImpleMENTAL which envisages the implementation of a whole range of recommendations and instruments adopted by the UE to contribute to suicide prevention. 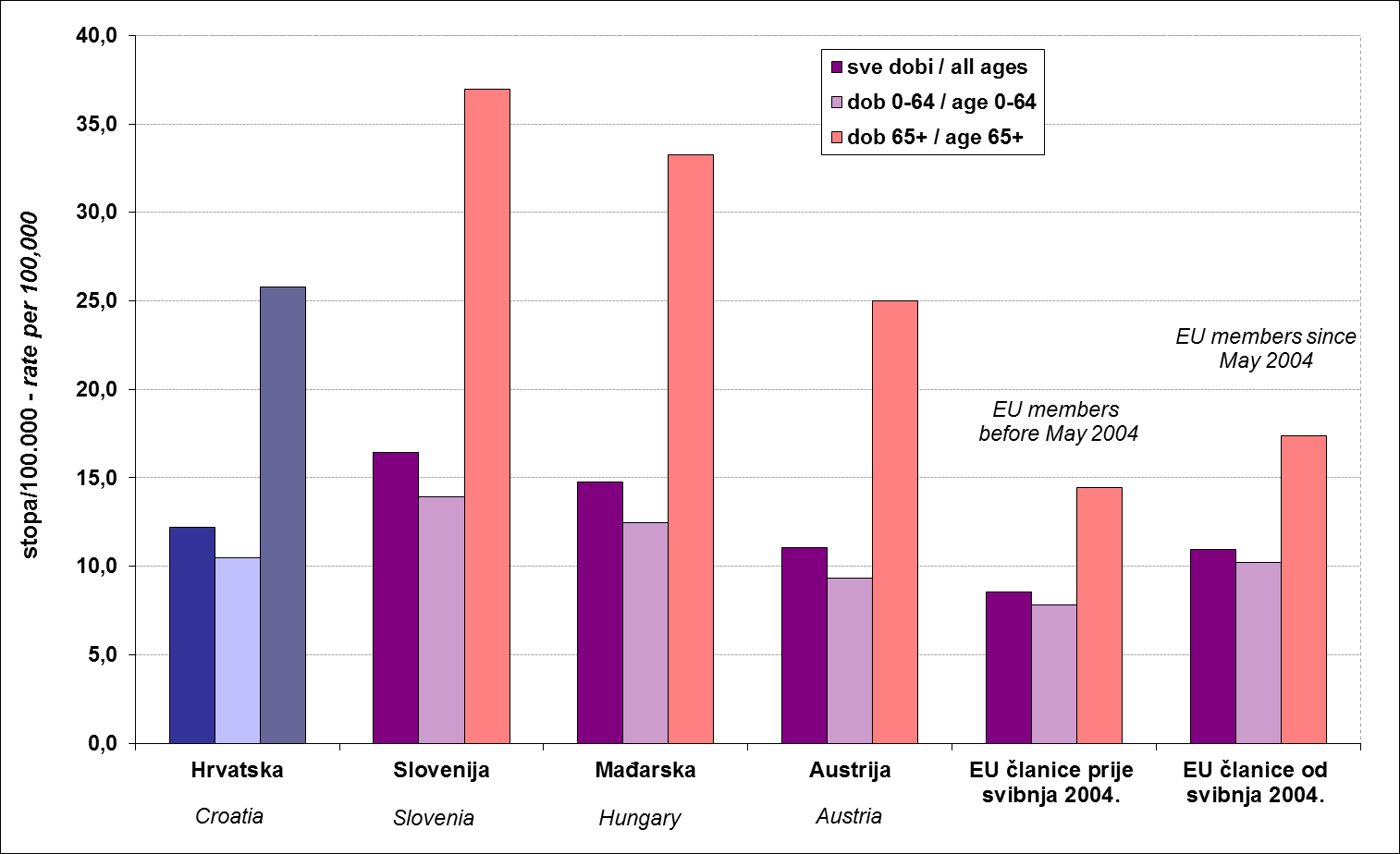 The public consultation on the Mental Health Stategy 2022-2030 is going to be launched shortly and it will include the elaboration of a series of action plans (for early detection and prevention of mental disorders, for mental health promotion, etc.).

In response to our questions, the Croatian Ministry of Health said that the UE “recommendations and instruments for suicide prevention will be taken into account during the definition of action plans, especially those regarding early detection of mental illness”.

However, the organizations engaged on a daily basis in providing support to people with mental disorders argue that the process of formulating a national mental health strategy is too slow. Adopting a mental health strategy should be the government's priority, considering that in Croatia two people die by suicide every day.

The battle against stigma surrounding mental disorders should involve the whole society.

“The mental health should find its place in every segment of society. Nowadays, the psychiatry is perceived as a ghetto and all those who live outside of this ghetto believe that they are healthy. But it’s more complicated than that. We need to develop relationships based on the actual willingness to connect to other people, so that we can understand each other better. This would also contribute to change the attitudes in the onset of symptoms of mental illness”, concludes Sanja Martić-Biočina.