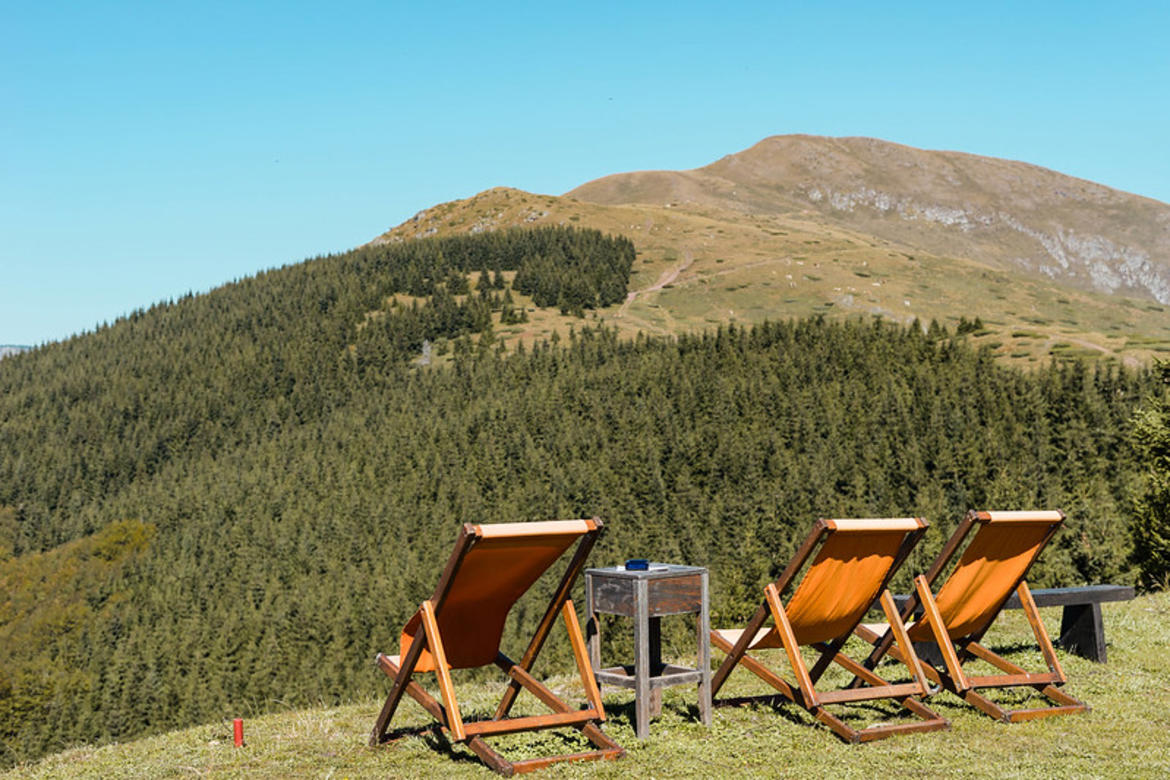 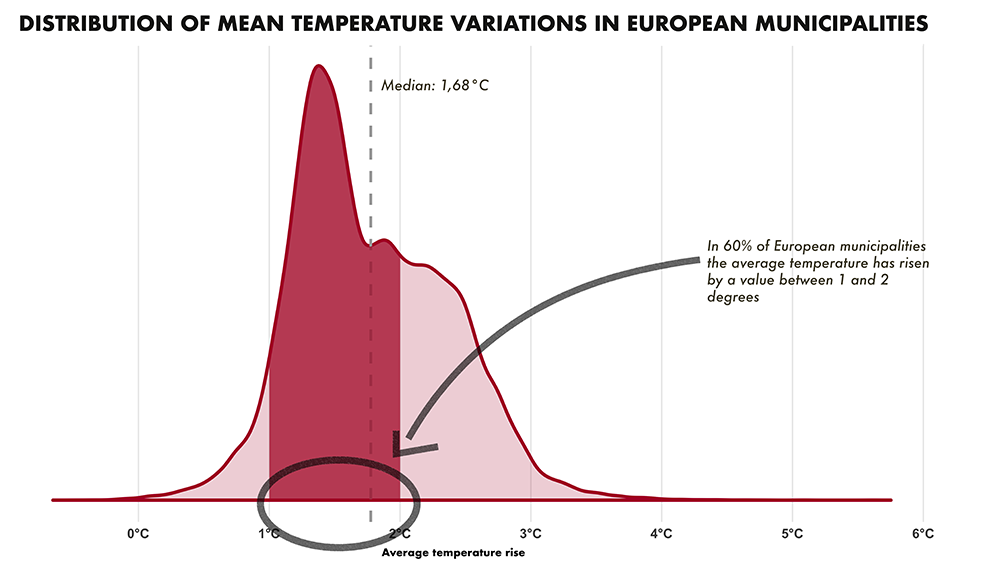 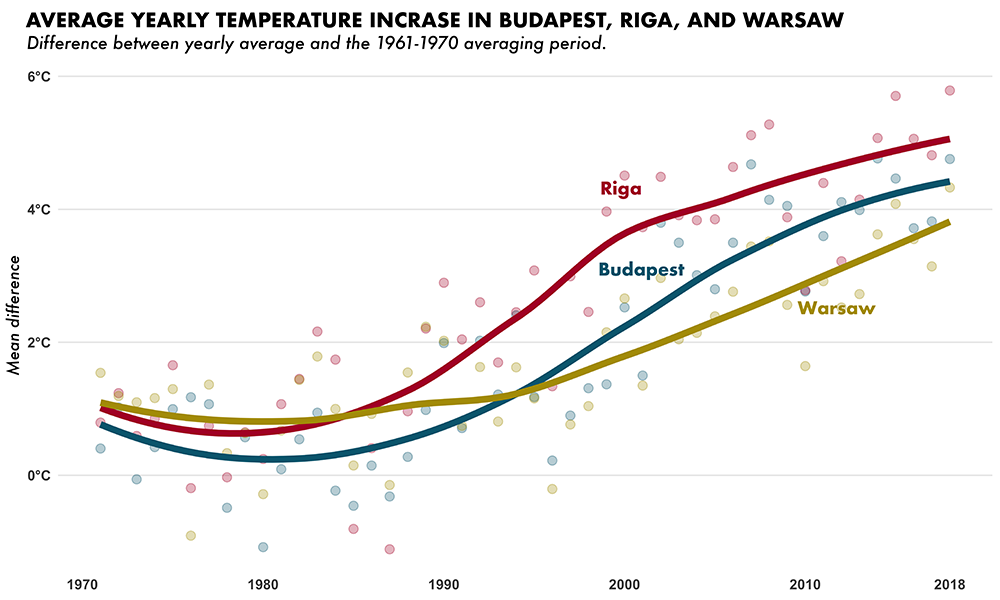 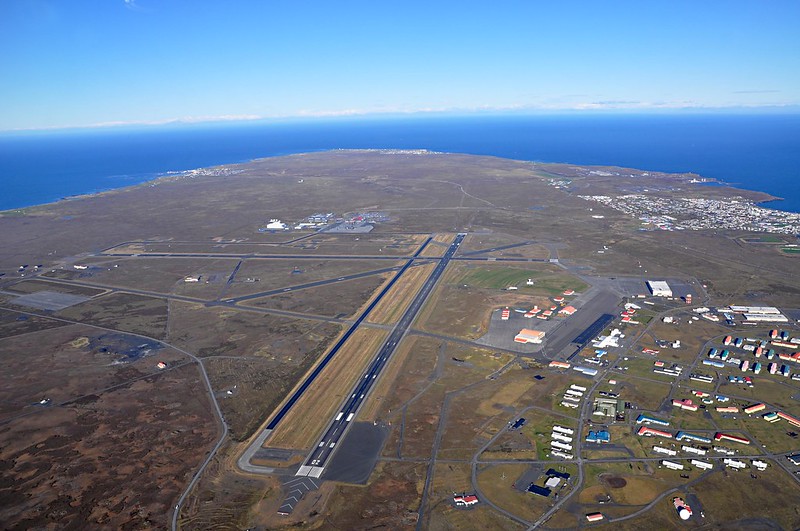 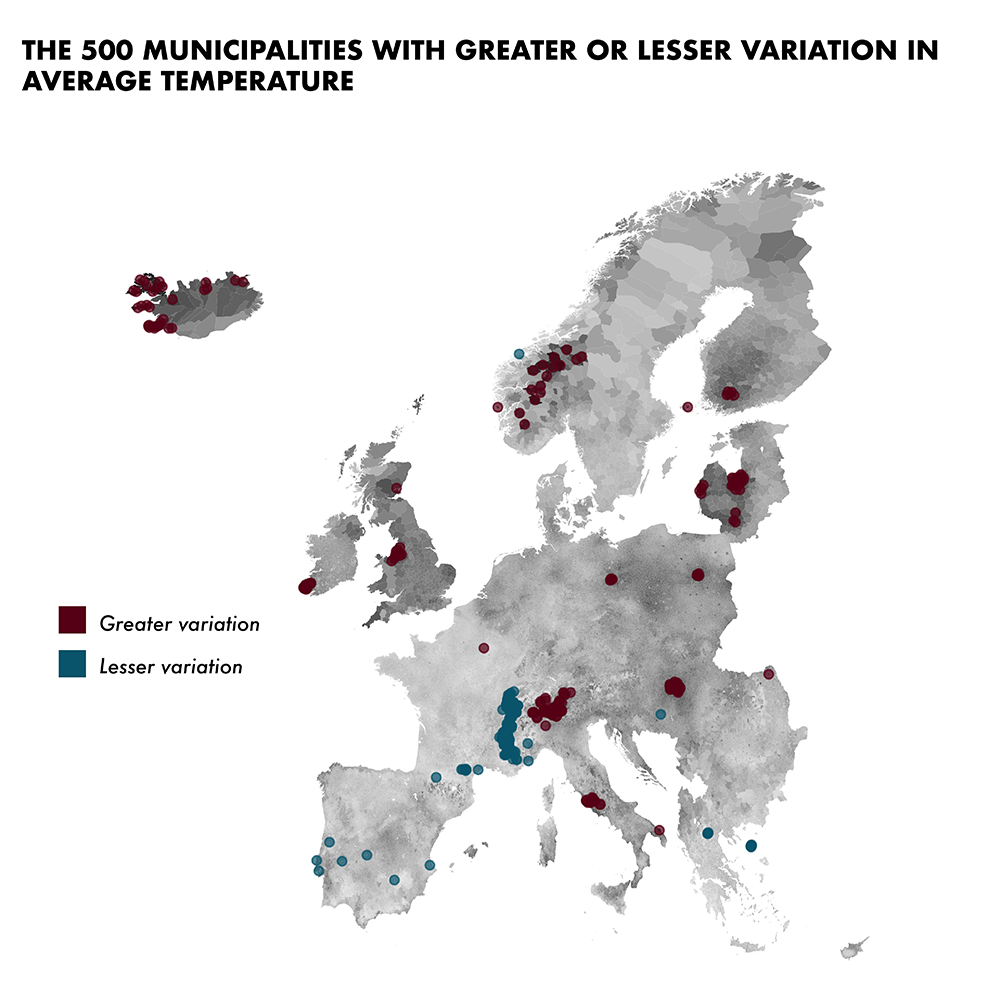 The data source we used was the UERRA regional reanalysis for Europe on single levels from 1961 to 2018 , created by Copernicus and by the European Centre for Medium-Range Weather Forecasts (ECMWF). The data provides estimated temperatures values at two meters and covers a cell grid, with cells 5,5x5,5 km large. It is worth noting that values are estimates, so they do not necessarily reflect actual measurements – for two main reasons: actual measurements are not available on this geographical and temporal scale; estimates also account for the possible changes in the surroundings of meteorological stations over time, thus enabling the comparison of data over several decades.

It is also worth noting that estimated values refer to cells, i.e. areas, and not to single points. Each European municipality was associated to the estimated temperature values of the cell where it lies – or of the cell where the main urban center of the municipality lies. This is worth keeping in mind especially in mountain areas, where even a cell 5,5x5,5 km large may include very different environments. The shape of the coastline was taken into account for cells partly covering sea areas, in order to reduce the distortion in estimated temperature values induced by large water surface.

For each cell, we worked on the raw data in order to obtain the mean estimated temperature values for the two decades taken into account (1961-1970 e 2009-2018), so as to calculate the estimated value of the occurred temperature variation. Climatologists tend to use longer temperature normals, with 30 years of data as baseline. There are various reasons for that choice, but given the descriptive aim of our analysis, and the straightforwardness of communicating differences between periods of the same length, we decided to employ 10 years averaging periods. You can find more details in this methodological note .

This article was updated on 4 August 2020, expanding the details on methodology for more clarity.