Assisted reproduction in Hungary has a success rate of 2%

Erika and her husband have tried in-vitro fertilisation four times since 2017, but after two implantations without success they had enough of the overworked Hungarian healthcare system and decided to try their luck abroad. They have never regretted their decision. 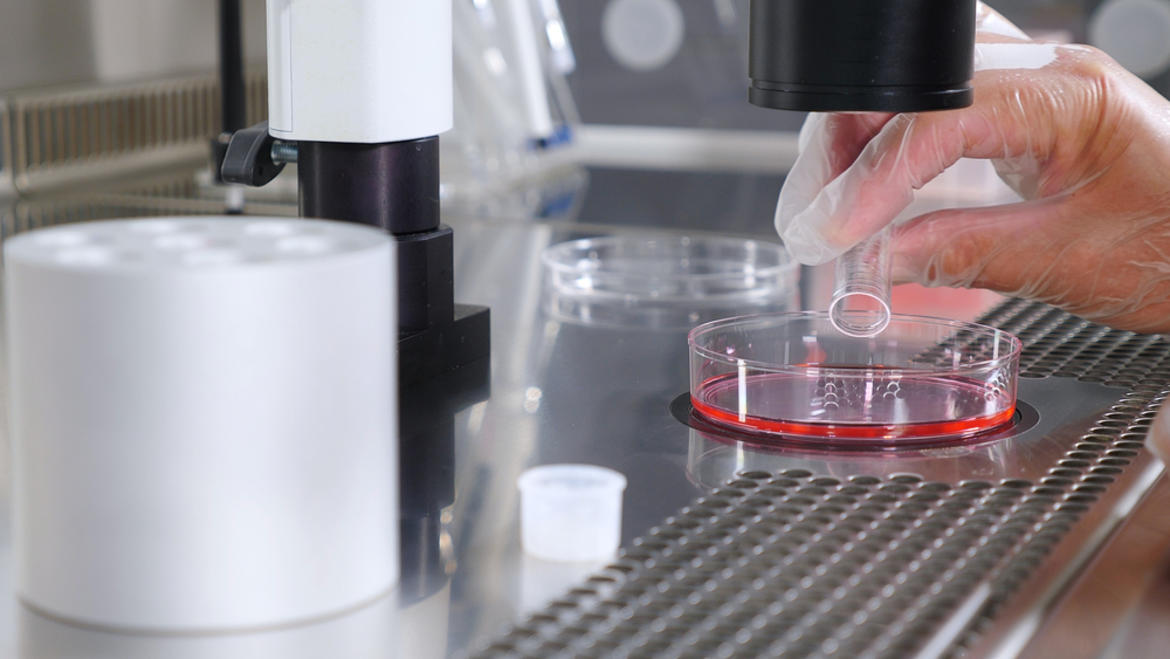 The fact that Hungarian women pay millions of euros to use private infertility clinics abroad is not a new phenomenon. For years, clinics in Hungary have been struggling with an extremely strict law that restricts egg donation. According to the regulation, women can legally obtain eggs in two ways: anonymous donation (which only works in theory), or donation by a close female relative of the husband or wife aged under 35 and who has already given birth (excluding, of course, the sister of the husband). All this is free of charge, since the law prohibits that the donor receive money, which is considered organ trafficking.

Meanwhile, in Hungary – like everywhere else in the world – not only is the first child's birth being postponed, but the number of infertile couples is also steadily increasing, with more and more couples needing eggs rather than sperm. According to an ombudsman's report citing 2016 figures, 10-15% of Hungarian couples are infertile. In 40-45% of cases it is due to a health problem of the man, with the same proportion for the woman – the remaining cases are due to problems with both members of the couple.

So, for egg donation, foreign institutions have so far been the only option.

Of the three private clinics still operating, Róbert Károly Infertility Centre Ltd. has been taken over by the state, Reprosys Fertility Centre has ceased its activities, and Versys has announced that it will no longer accept new patients from 30 September 2021.

The decision has led to many people losing their last chance to have a Hungarian in vitro fertilisation (IVF) program. Although IVF treatment and medication are both free of charge at state-run infertility clinics in Hungary, under current law only women under 45 are eligible and the state only funds five attempts (one attempt is when a couple reaches the stage of embryo implantation). Many choose private facilities because there are no similar restrictions.

It should be noted that the government could easily solve this problem by allowing state-provided IVF after the fifth attempt. Gergely Gulyás, the Minister of the Prime Minister's Office, has promised this but, according to our information, it has not yet been implemented anywhere.

It does not help that there are currently only 13 state-run infertility treatment centres in Hungary, meaning long waiting lists. In some infertility clinics the waiting time for the first consultation is more than six months – and the increase in the number of couples waiting for treatment means that not only the clinics but also the doctors trying to help them are extremely overburdened. This has been Erika’s experience too: she has made four attempts at IVF with her partner, two of which went as far as implantation but failed. Finally, they tried their luck abroad.

EUrologus: What experience did you have of Hungarian healthcare?

Erika: The flow of information is zero, the healthcare system is very overloaded and a lot more money should be spent on it. The test where they mix the blood of mum and dad to see if there are any incompatible diseases in the family – which is why they try 5 to 10 times in vain and never succeed – costs 135,000 HUF, not subsidised by the state. Male-side testing is very much in its infancy, but what exists is paid for. A DNA or A-chromosome test can cost from 20,000 HUF to 150,000 HUF. We feel like guinea pigs. This means that when someone goes for an IVF treatment, the doctor takes the anamnesis and tries to get to know them. The stimulation starts, and then either they succeed in having a baby or not. If it doesn't work, he will give you another medicine next time. A medical examination is as simple as going in, and then 10 minutes later you're on your way. You can't ask questions. Women try to educate each other, inform each other, which is not a good solution either.

EUrologus: Apart from IVF, what options are available in Hungary?

Erika: Egg donation could be tried in Hungary, but I don't have any relatives who can donate eggs. This is a requirement. Embryo donation could be another option. But in this case, neither the mother's egg nor the father's sperm is present. That's not what we wanted, that's not what we were prepared for. My husband does not have any children, I have two from my previous marriage, but my husband would definitely like to have a child of his own. I spent nearly a month researching, corresponding with six or seven hospitals, asking about procedures, options, efficiency. That's how we came to this clinic in Bratislava. Here in Hungary, they gave us a 2% chance of ever having a child together, and in Slovakia, with a contract and a guarantee, they promise 80%. The success rate of foreign clinics is also high because they specialise in donor-egg procedures. There is a maximum age limit for becoming a donor. In Slovakia, it is 30 years, the younger the donor, the healthier either the sperm or the egg.

EUrologus: How did you get started?

Erika: First, we had to get a loan. This means a free loan, which the bank gives you at the highest interest rate. To be honest, we didn't tell the bank what we needed the money for. We needed €4,000, that's what a treatment costs, but there are no hidden costs. Only when we had the loan agreement did we dare to say yes to the clinic. We got an appointment for 19 August at the Bratislava clinic, where we were greeted by Hungarian-speaking staff. We were there at 7.50 in the morning, we were called in at 8 o'clock sharp, there was no delay, everyone was very nice. I didn't feel rushed because the next patient is coming. If you have two hundred questions you will get them all answered. We felt the peace of mind that we were finally in the right place. We gave very few criteria for the donor: blood type, blue or green eyes, and – half-jokingly – lots of eggs.

Erika: The very next day my phone rang to say I had my donor. Not 24 hours after we were there, they found the donor and asked when we could start. In September we did some more tests in Hungary and then we were back in Bratislava again. My husband's sperm was used to freeze eight eggs. We had to wait for my TSH and prolactin levels to recover and then we went for the implantation.

EUrologus: That sounds almost unbelievable. What is the situation now?

Erika: I am happy to say that I am looking forward to the joys of motherhood this summer. Currently, I work from home, which is a big thank-you to my workplace, where I have all the support I need. I am taking care of myself, of us.

EUrologus: You are also a member of several Hungarian Facebook groups on this topic. How many of you might be in a similar situation?

Erika: I'm a member of three groups. Obviously there are overlaps between members, but we're talking about at least 5-6,000 people who are struggling in the same way. I notice that there are more and more young ladies, 20-30 years old. The three big private hospitals in Hungary have closed, the state has taken over their role. Before, you had to wait as much as six months for the first consultation. Now it can take up to a year to get an appointment. Many women go for their first consultation without any test results and are then confronted with the documents they should have had. Then you get them, but even in the state-subsidised system, you have to wait a long time for them. Again, two or three months go by and by the time you get another appointment, many of the test results have already expired because some blood tests are only valid for six months. There is a lady in the group who has been waiting for over a year for her stimulation to start. Those who have money or get a loan go to a private doctor to have the tests done, because it saves time. It is a vicious circle.

EUrologus: Which countries do Hungarian women go to for egg transplants?

Erika: Croatia, Slovakia, Czech Republic, and Turkey are the most common. All of them have Hungarian coordinators who told me that they have a lot of Hungarian patients. In Istanbul, there is already a surrogate-mother system. We are motivated mainly by the fact that we want to be treated as human beings and not like how we feel in Hungary, as if we are on an assembly line. To be specific: you haven't even put on your trousers yet, but the doctor is already with another patient. There is no time for questions, so what many people do is write down their questions and put them on the table in front of the doctor. Then when you get dressed, maybe the doctor can have a word with you. It's so humiliating.

EUrologus: Based on your current experience, what do you recommend to women in the same situation in Hungary?

Erika: If they can, have one or two IVF treatments in Hungary. If they are not successful and they have the money, do it abroad. If even that is not possible, then dare to accept a donation, don't be afraid. But there is a very important question. Will the state punish me for this? Because in Hungary the use of foreign ova is considered organ trafficking. So, I am doing something in Slovakia that is illegal in my home country. This is also incomprehensible because you can buy sperm, but not eggs. But both of them will produce a child.

At her request, we changed Erika's name.