Anxiety and depression were among the most common mental-health problems across the European Union even before the pandemic. But in every EU country that provides psychological help as part of its public healthcare, there are limits to this in practice. And some countries do not even offer such help. 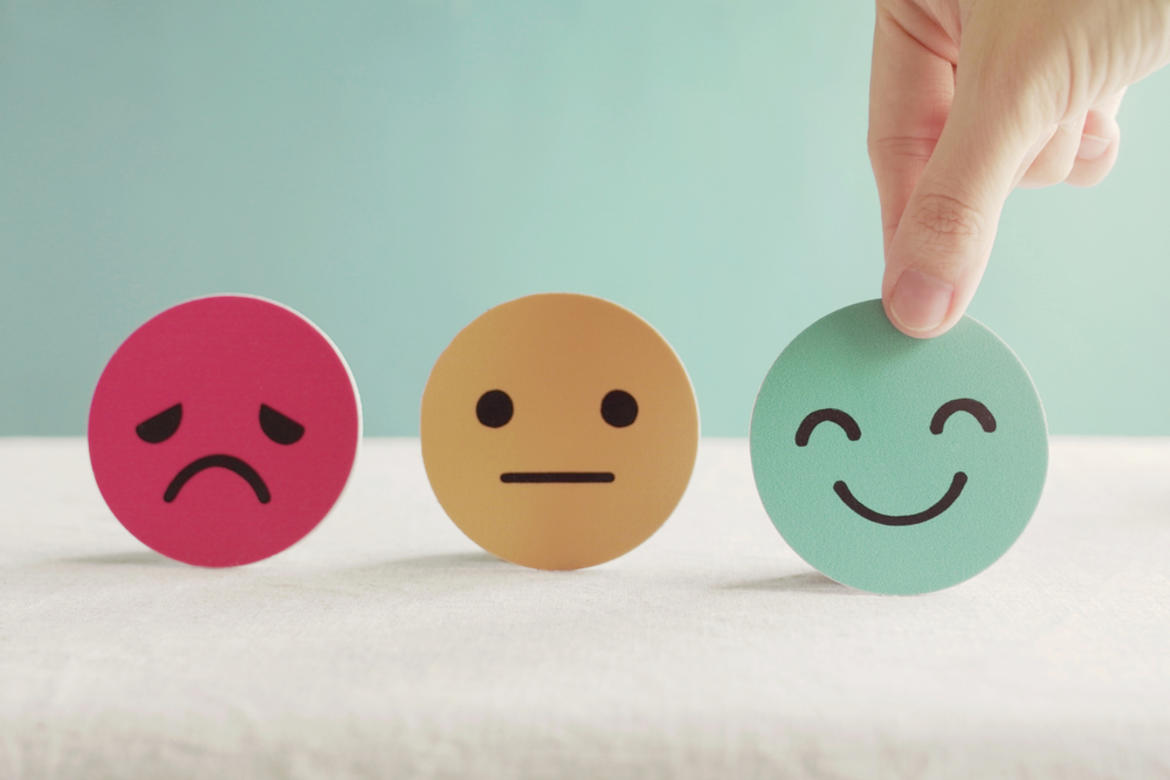 "I cry a lot, I have the impression that I do not belong anywhere. There are nights when I literally cry constantly. I have extremely severe and sudden mood swings. I am afraid of people, of being hurt by them again." This is how Leonida Kifer describes her mental illness. Her diagnosis of a severe depressive episode was made three years ago, but she says her symptoms have lasted much longer.

Kifer regularly takes antidepressants and sees a psychiatrist, but the symptoms of the diagnosis are still there. She recently moved from a small town to Zagreb, and this too has had an impact on her mental health.

"A feeling of loneliness began to appear. Behind me is a long period in which I saw everything and everyone in a negative sense. It all makes it harder to function, it reduces my concentration at work, I am often distracted, it is difficult to keep my focus. At the moment I am in a phase of recovery from a long period of negativity, and I know that more frequent encounters with nature as well as the proximity of loved ones will help me to get even better, as much as possible with this diagnosis," says Kifer.

Even before the pandemic, anxiety and depression were among the most serious mental-health problems across the European Union. According to the 2016 WHO survey, the largest share of mental health problems is attributable to depression (25.9%), followed by alcohol-related problems (17.1%), and then anxiety-related issues (14.6%).

In Croatia, the most common causes of hospitalisation for mental illness in 2019 were alcohol-related, with a rate of 18.4%, followed by schizophrenia (15.1%) and depression (11.5%). In the case of women, depressive disorders are the most common cause of mental-health hospitalisations, accounting for 17% of total admissions, according to figures of the Croatian Institute for Health and Social Welfare (HZJZ).

In the past two years, due to the stresses caused by the pandemic, and in Croatia by earthquakes, and then by the war in Ukraine, there has been an even bigger increase in the number of people suffering from mental-health problems. Although on paper all EU countries provide help for those with mental-health problems, certain countries do not do so in practice, as shown by a report published by the European Data Journalism Network (EDJN).

Croatia is among the countries that formally allow for psychological and psychotherapeutic help within the public healthcare system, but it has among the lowest number of psychologists per 100,000 inhabitants – only eight. We share the bottom ranking with other Mediterranean countries such as Spain, Portugal, Italy and Greece. In Sweden and Denmark, by contrast, this number is more than 50 per 100,000 inhabitants.

"I have lived in Daruvaru for a long time, but there is no public health provision of psychotherapy there, so they have not offered it to me. it. Apart from medication, they offered me group psychological therapy, but that's not for me because I know that I would never open up to strangers in a group", Kifer says.

Although she did not wait long for a psychiatric examination and is satisfied with the results, she believes that the help that depression sufferers receive from public health services is not sufficient.

"An individual is usually left to himself. The medicine helps as a first step, basically. But the effect of psychotherapy, and of continuous work on yourself when you get into a situation where this is possible, are immeasurable. Depression is not cured overnight. I am disappointed with the system and I think it is high time to make changes because more and more people are suffering from depression ", asserts Kifer. She sought out a psychotherapist privately, but it is a cost that she cannot always afford. "At the moment, it is almost the cost of a rented room. I think it's clear that I'd need to pay for an apartment before a luxury called therapy," says Kiefer.

A private session with a psychologist in Croatia, according to sources from the Croatian Psychiatric Association, costs a prohibitive €50. This puts Croatia among the countries whose citizens have to brave the highest prices to pay for such help – over 13 times the minimum wage. It is true that Romanians have to spend two and a half days of earnings to pay for a psychologist. In France, on the other hand, the figure is less than one day, as shown by the EDJN.

The feelings of Mirela from Zagreb, who has suffered from anxiety disorders for the last six years, are similar to Leonida's.

"I have had symptoms before – after the terrorist attack in Paris. I could no longer control it, I needed help. As I lived in Poland at the time, I had a private psychiatrist who spoke English. He transcribed my notes for me. When I returned to Zagreb, I was assigned to a psychiatrist at KBC Zagreb and I stayed with her for two or three months", recounts Mirela. She attempted to get off medication but was not successful, despite the psychiatrist's supervision and advice.

"When I take medication, anxiety is banished from my day. I tried to function without it, but that meant waking up with anxiety and going to bed with anxiety,” says Mirela.

For the last three months she has been going to psychotherapy, which she pays for herself. She is satisfied with her psychiatrist, but no psychological or psychotherapeutic help is offered to her within the public system.

"My goal is definitely to stop taking antidepressants. Although I had the support of a psychiatrist, I did not manage it the first time. I feel that I need to work on old traumas ", she says.

Only two years ago, Croatia began drafting a law on psychotherapy. It underwent changes earlier this year. According to the Croatian Chamber of Psychotherapists, the latest version of the law is difficult to implement and discriminatory. For example, it does not respect European directives that recognize that psychotherapy and psychology are separate fields.

The effects of the pandemic will be seen in the years to come as the statistics are released. However, the pandemic has brought one positive development at least: mental-health problems are being talked about more in public.

Leonida Kifer is aware of the stigma that depression still carries and it was this stigma that prompted her to speak publicly about her experiences.

"In smaller communities, the topic is a huge taboo. I also know cases where people with depression are hiding. Their families practically don't talk about them, as if those people don't exist. It's not right for me to talk about a broken leg when a broken soul is hiding – as if it were monstrous to have any illness that is purely psychological," says Kifer

As she writes about her experiences on social networks, she has also received comments that she will not be able to get a job if she speaks publicly about depression. But today she is employed in the private sector and supported by her colleagues.

"What is crucial is to have a supportive environment. The support of the people I work with, and have worked with, is especially meaningful to me. "One fights depression with the help of others, not alone," Kifer concludes.

Croatia’s health ministry says that psychotherapeutic services are provided by doctors specialising in psychiatry and psychotherapy, and also by psychologists who have completed a specialist postgraduate study in clinical psychology. Psychotherapy is provided by hospitals as part of their psychiatric service.

According to the ministry, the waiting time for a psychologist or psychiatrist is an average of 32 days. In major hospitals the average is 5 days, but the longest (KBC Zagreb) is 26 days for the “Psychology – First Examination” service and 29 days for the “Psychiatrist – Individual Psychotherapy” service. In second-tier hospitals, the average waiting time is 30 days, although in Pula the first vacancy for treatment is 65 days. In third-tier hospitals, the average wait is 45 days, with the longest being the National Memorial Hospital in Vukovar, at 156 days.

And of course, an initial examination does not guarantee that a proper course of treatment will follow.