The gender gap at EU elections

Women across Europe don't tend to vote as much in European elections, compared with men. That fact poses questions on the growing gender gap in both politics and representation in the European Parliament. 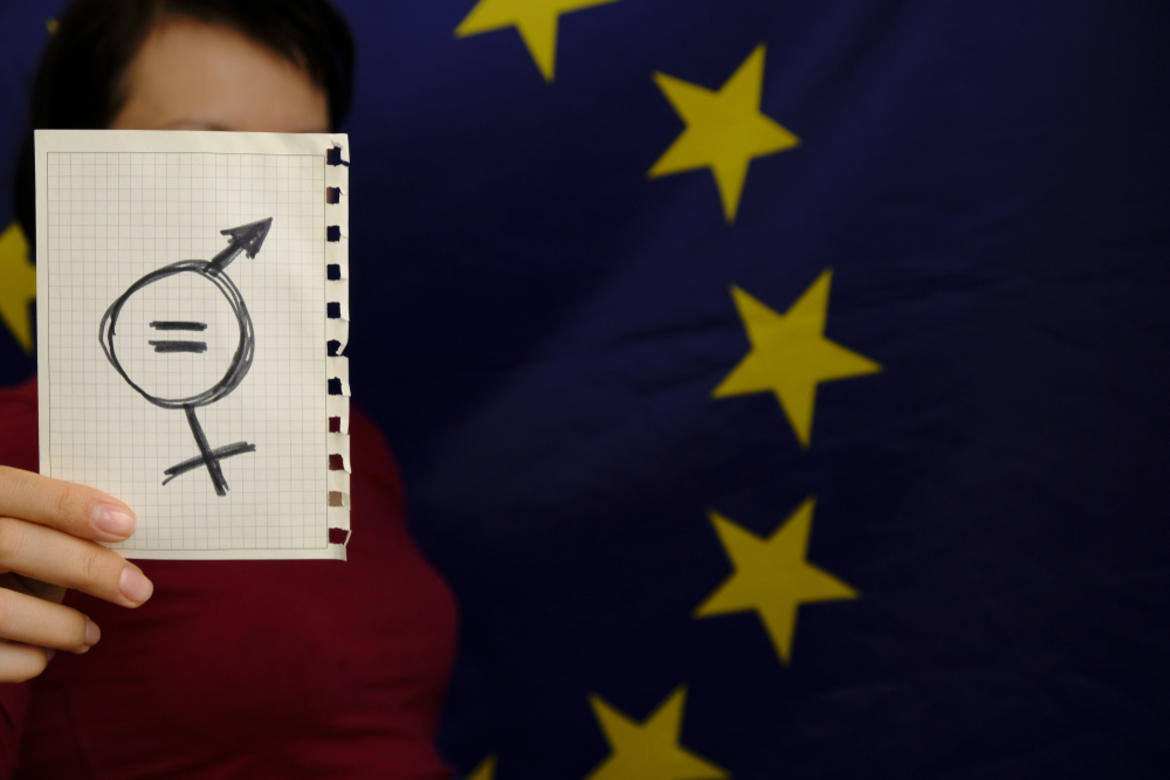 Data, based on the European parliament's 2014 post-electoral survey, found France was the worst culprit in terms of a voting gap between the sexes.

Some 11.6 percent fewer women in France voted than men in the EU elections, followed by Portugal (-11.3 percent) and Poland (-7.4 percent). Elsewhere, such as in Sweden, the opposite occurred, with 16.6 percent more women than men voting, followed by Malta (+8.7 percent) and Lithuania (+7.0 percent).

Total combined turnout was just over 42 percent. Of that total, the EU average spread across the 28 EU states had 45 percent of men voting, compared to 40.7 percent for women.

The overall gap between male voting and female voting is getting wider and has now reached a four point spread, compared to two points in 2009, according to a TNS Opinion field survey. "This survey also reflects the fact that men become more active in the EU elections than women," said Simona Pronckute, an expert at the Brussels-based European Policy Centre think tank.

A separate Chatham House study in 2017 identified six political 'tribes' of voters, following a survey of 10,000 people. The 'Federalists' were identified as the most pro-European, but also the smallest, of the six, and were composed primarily of wealthier and older men. "If we look at these key findings, we can see that citizens who support the EU are more likely to participate in the EU elections," said Pronckute. The biggest tribe are referred to as the 'Hesitant Europeans', or those that sit in the middle on many issues and tend to be apathetic about politics.

Yet some experts, such as the Carnegie Europe think tank, are making predictions of big gains for both the far-right and far-left populists at the May 2019 poll. Such gains would likely tip the decades-long broad alliance of big mainstream parties, and usher in a new age of lawmakers. Women also tend not to be so visible in local politics, for a variety reasons - an issue that is set be tackled in April by the Committee of the Regions, a Brussels-based EU institution of local and regional representatives.

The Vilnius-based European Institute of Gender Equality reports that only 13 percent of elected mayors, 29 percent of members of regional parliaments and assemblies, and around 36 percent of members of regional governments are female. The figures at the EU parliament are similarly telling. Out of the 751 EU lawmakers listed in 2018, only 36.1 percent were women, although that was a marginal increase of 0.3 percentage points more than the previous term.

Women in positions of powers in the EU parliament have increased somewhat. There are now five female vice-presidents, compared to only three in the previous term, and the number of women chairing a subcommittee has risen from eight to 12, out of a total of 24. Internally, the parliament appears more proactive in its strive for gender equality.

Earlier this year, MEPs in a resolution demanded a gender-balanced composition of the bodies governing the European Parliament. Yet the parliament's own campaign strategy for 2019 appears to skirt the issue, and is instead aimed at reaching out to so-called "weak abstainers" - that is, people who don't have a particularly strong drive to vote but are typically pro-European.

A leaked parliament document from late 2017 lumped young people, students and people who exert a certain influence over others in their professional lives, such as managers, into this "weak abstainers" category, in the hope of convincing them to vote. "Their abstention rates in the European elections remain high, meaning that they represent a clear and logical target group for the campaign's get-out-the-vote effort," notes the document.

Nona Mayer, a professor at the Paris-based Sciences Po Centre of European Studies, told EUobserver in November that the large gender voting gap in the 2014 EU elections in France was no surprise. She said women in France tend not to turn out in big numbers when it comes to elections perceived as minor - noting, however, that they had outvoted men in 2017 French presidential elections by a three point spread.

"For women, you see that there are always priorities given to social issues and they are more anti-European than men at the moment in France. There is a feeling that Europe doesn't care, that Europe doesn't matter," she said. She also said women in France, and in general, have less political knowledge when compared to men but attributed this to a "socialisation effect".

In other words, men more often tend to say they know something and will attempt to guess a correct response in a quiz, while women tend to leave such answers blank. "Women are not brought up to take risks, like men, even now," she said, adding however that women are generally as knowledgeable as men when it comes to social rights and local political issues.

Such observations also come in the broader context of the 'Me Too' movement, an international campaign founded in 2016 in the United States to help survivors of sexual violence. The movement, in part, helped secure massive gains for female Democrats in the US mid-term elections in late 2018.

Mayer says the movement in France has also helped mobilise women but that a certain 'who cares, it won't change' mentality has since surfaced."It is a pity because Europe did a lot for the rights of women," she said.