High unemployment rates, increasingly apparent inequalities, and the digital divide. In the WB6, the crisis risks leaving young people behind and provoking a new wave of migration, but it could also offer new opportunities to revive economies. 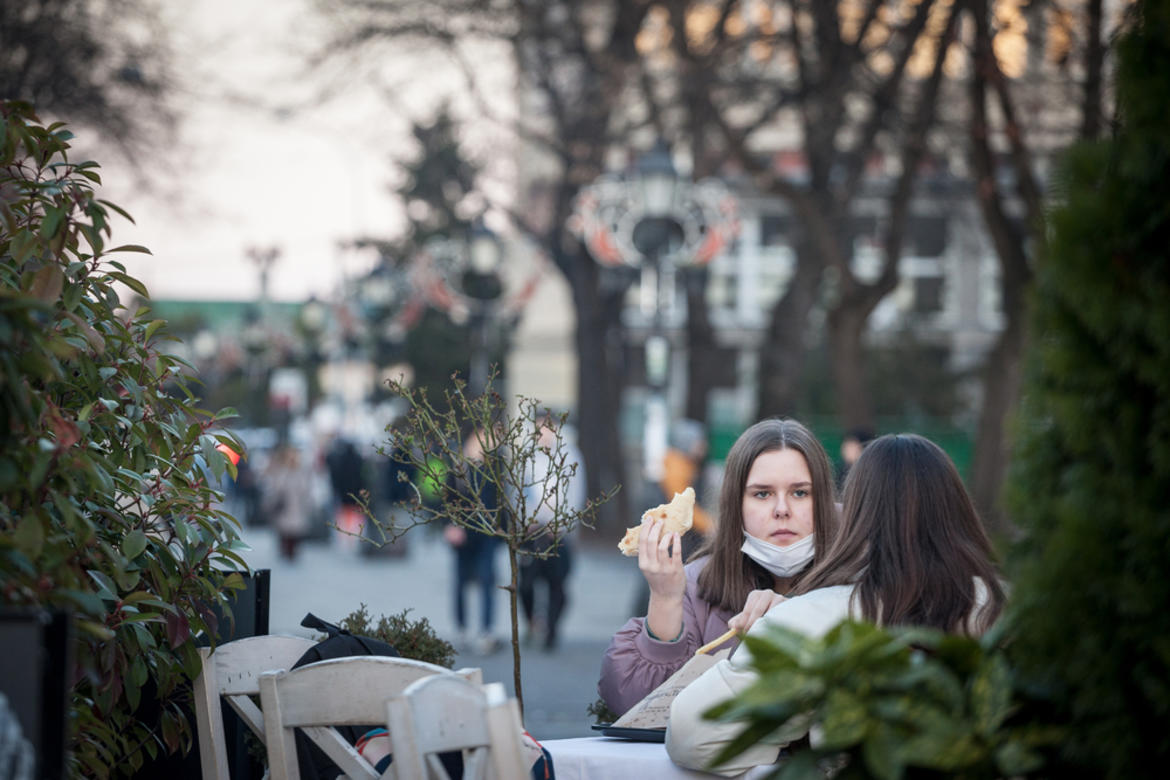 Emigration has plagued the Western Balkans for decades, and together with ever lower birth rates is the main cause of their depopulation. For forty years now, the net balance between immigrants and emigrants has been negative in almost all the Balkan countries; the only exception is Serbia, that in the last ten years has registered a modest positive balance only thanks to immigration from other Balkan countries . In 2016, as many as 3.4 million Balkan citizens lived in OECD countries, about one fifth of the entire population of the region.

Young people (especially those with a higher level of education) are the most motivated demographic segment to seek their fortune elsewhere, mainly to escape the lack of opportunities. When asked why they intend to leave their country, most cite the unsatisfactory socio-economic conditions  as their main reason. But with the arrival of the Covid-19 pandemic and the resulting crisis, this already difficult situation risks worsening further, and young people, exposed to greater economic precariousness than the rest of the population, are among the most vulnerable.

The youth unemployment rate in the WB6 was already high before the pandemic, especially when compared to that of other European countries. However, the data collected by the Platform for Employment and Social Affairs of the Regional Cooperation Council and analysed in a report entitled "Study on Youth Employment in the Western Balkans" show that, from 2017 onwards, a positive trend was being recorded, then halted by the outbreak of the pandemic. Before 2020, all the countries of the Balkan area were experiencing a decrease in youth unemployment rates (but also in the general ones) which in the space of three years had led to an average decline of about 7 percentage points.

The advent of Covid-19 and the resulting closure of the economies stopped this process, particularly in countries with the highest youth unemployment which, however, were showing an even more positive trend than the others. The most affected country was undoubtedly Montenegro, where the crisis brought the tourism sector (which generates a third of the national GDP) to its knees, causing an increase in the rate of unemployed young people from 24.3% to 36% between 2019 and 2020. In Albania and Serbia, where youth unemployment is slightly below the average for the area, the crisis so far does not seem to have particularly affected the positive trend of recent years, even if it has slowed it down slightly.

Looking at the single year of 2020, in almost all countries the crisis caused an increase in youth unemployment towards the end of the year. In Montenegro, youth unemployment peaked at 46.5% in the fourth quarter of 2020 compared to 35.8% in the previous quarter. In all other countries there was an increase of 3 to 6 percentage points over the same period, although the unemployment rate remained below 40%. On the contrary, in the European Union the percentage of unemployed young people decreased on average towards the end of the year.

The economic crisis mitigation measures put in place by governments at the start of the pandemic seem to have worked only in the short term: although some countries saw a slight recovery in the third quarter of 2020 across the region, between February and December there was an average increase in youth unemployment of 30%.

What does (did) not work

As in the whole world, the economic crisis has caused the most disparate negative effects. But the Western Balkans, which have far more fragile economies than their European neighbours, have suffered more than others. The closures caused a sharp rise in the unemployment rate and jeopardised the creation of new jobs. But why was the impact on young people so severe?

Young people already found it harder on average to find a job than the rest of the population. They work mainly in certain economic sectors, often hired for temporary jobs with precarious contracts, therefore easier to get rid of in times of difficulty. In Montenegro, for example, more than three quarters of employed young people have a temporary contract: a very high number which partly explains the strong impact the pandemic had on the youth labour market.

Even before the crisis, young people with a low level of education were at very high risk of unemployment. In 2019, their employment rate was in fact less than 10% in all the countries of the Balkan area, against 18.5% of the EU average. On the other hand, over 40% of those who had obtained a high-level diploma worked (the EU average is 57%), with a peak of 60% in Montenegro.

The pandemic has done nothing but aggravate this situation, exacerbating the inequalities between the most and the least educated: the digitisation of the world of work has favoured the former and penalised the latter. Those who manage to secure adequate education, among other things, often choose to emigrate – another trend that risks worsening with the economic crisis.

The crisis has also affected the education system itself, preventing many young people from attending school. In Albania, the government estimates that between 2019 and 2020 approximately 10,000 skipped education  at various levels. This was partly due to the digital divide, as only few had the opportunity to follow online lessons. A recent OECD report  shows that at the beginning of the pandemic two-thirds of fifteen-year-old Balkan students did not have an adequate teaching platform and a digital tool to follow classes.

Some young people have suffered the impact of the crisis in an even more dramatic way. There is a concerning gender gap in the youth labour market in the WB6: in 2020, the gap between the level of female and male employment amounted on average to about 10 percentage points, compared to 4.5% in the European Union. In general, although women make up 40% of the workforce in the Balkans, they occupy only 14% of the top positions. This gap is caused by a number of reasons, including frequent gender discrimination in the workplace and a significant lack of childcare facilities that prevents women from entering or returning to the workplace. Again, according to the OECD, the crisis has worsened all these dynamics, penalising young women even more than young men.

Only crisis or new opportunities?

Nonetheless, according to a study by the European Training Foundation , the countries of the Western Balkans could use the moment of crisis to accelerate the transformations necessary to resume the path of strengthening their economies and investing in young people. Goals to be achieved thanks also to the funds allocated by the countries themselves and by the European Union : the governments of the area, according to the authors of the study, could seek to accelerate the digitisation of the world of education, finance programmes to guarantee access to education and the world of work, and promote new exchange programmes for students.