The pandemic and young people in the Balkans

The Covid-19 restrictive measures in the Balkans risk putting young people – a segment of the population that has been in constant demographic decline for years – in even more difficulty. A look at the pandemic and the state of the vaccination campaign in the Balkans for the youngest population. 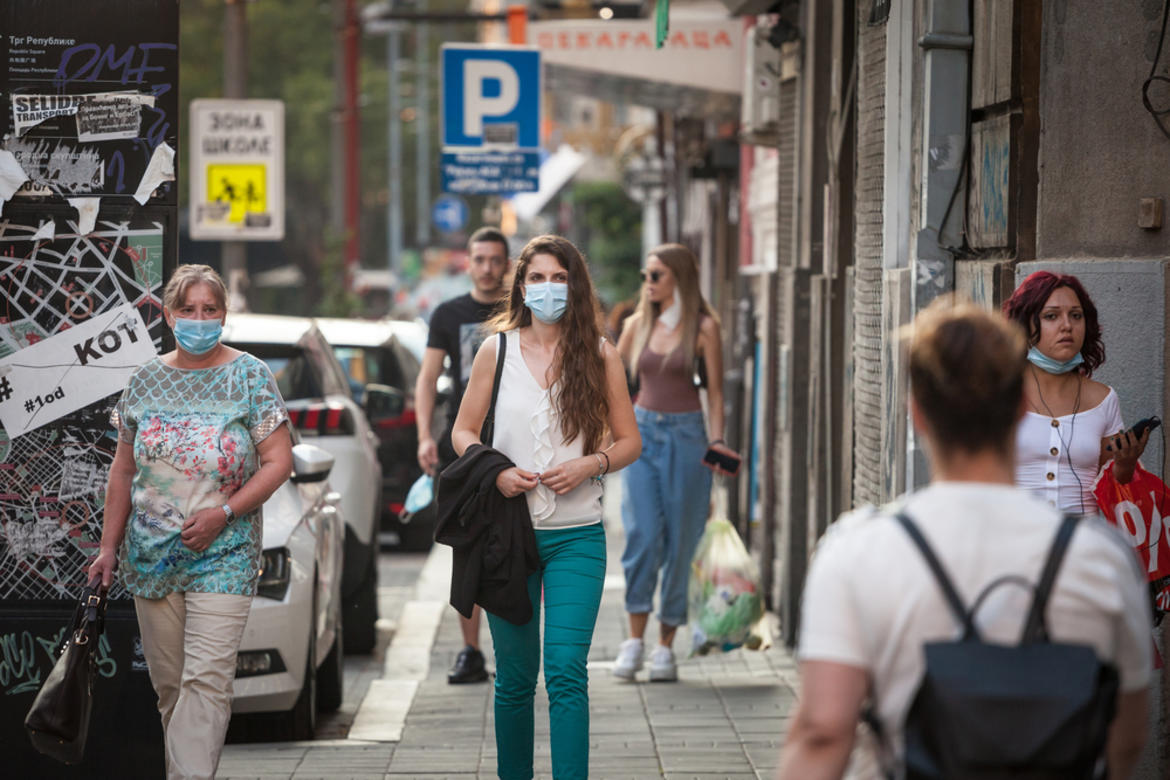 From distance learning to increasingly unattainable employment, from free time that is no longer free to psychological difficulties, young people, while not suffering the most serious health effects caused by Covid-19, have undoubtedly been one of the segments of the population most penalised by the pandemic from a social and economic point of view. But for the young people of the Balkan peninsula, Covid has added to an already unfavourable situation, which in the past years has led many to emigrate.

An older and older population

The population of the Balkans has suffered a systematic decline for the past few decades, and the pandemic risks further worsening the situation. As the graph below shows, from 1990 onwards the total population of the WB6 together with Croatia and Bulgaria has fallen steadily, counting in 2020 the same number of inhabitants as in 1970.

The age groups most affected by the demographic decline have been above all those of young and very young people: between 1990 and 2020, the number of people aged 0-14 and 15-24 respectively decreased by 44% and 37%, compared to an increase in the over 65s of as many as 65 percentage points. The result is that the young people under the age of 25 remaining in the Balkans would be approximately 7.6 million (almost 13 million in 1990) against 21 million over 24 (almost the same number in 1990). The decline in birth rate is one of the main factors of the decline, together with the exodus that for many years has led especially young people to emigrate elsewhere.

Data on infections and deaths by age group

The Covid-19 pandemic and the resulting economic crisis now risk worsening an already very precarious situation. But how have the remaining young people fared from the health point of view, before the economic one?

As in the rest of the world, also in the Balkans Covid-19 has most seriously affected the elderly population but, in the few countries that have reported data on the spread of the infection by age group, the highest number of cases from the beginning of the pandemic to date concerns adults aged approximately 25 to 40. The impact on young people is less serious, both in terms of cases – in Albania and the BiH Federation, one of the two entities that make up Bosnia and Herzegovina, the under 30 infected are less than 20% of the total, about 25% in Montenegro – and, especially, deaths. In Albania and the Federation, 90% of deaths concerned people over the age of 50 and almost no one under 30.

The state of vaccination campaigns

As elsewhere, in the Balkans too, the easing of pressure on healthcare systems and the recovery of social and economic life depend and will strongly depend on the success of vaccination campaigns. Unfortunately, the figures collected so far are not at all comforting.

In all the countries of the Balkan area, the percentage of vaccinated citizens is significantly lower than the average of the EU countries, with Bosnia and Herzegovina and Bulgaria lagging behind. Bulgaria, in particular, is the country that does the worst: only 16% of the population is vaccinated with at least one dose, more than 45 percentage points less than the European average. Serbia, on the other hand, is the country with the highest percentage of vaccinated population: as of 22 August, over 42% of Serbian citizens received at least one dose, a percentage which is still well below the European average.

Among other countries, in Montenegro, as of 24 July, only 15% and 23% of those aged 18-29 and 30-39, respectively, had been vaccinated . In Bulgaria, on the other hand, only 8.4% of young people aged between 18 and 24 and 14% of those aged between 25 and 49 received at least one dose . Such low numbers are mainly due to delays in deliveries, scepticism regarding vaccines , but also serious issues in distribution: as of 1 August, only 42.7% of the vaccine doses received by the Bulgarian healthcare system had been administered  – again, the lowest percentage among EU countries. In Croatia, the percentage of vaccinated citizens amounts to 41% (as of 22 August). Also the figures by age group are more comforting: 20.9% of young people between 18 and 24 and 35% of adults between 25 and 49  received at least one dose.

As for the other Balkan countries, the data relating to vaccinations by age group are unfortunately not available at the moment. Although partial, the vaccine data reveal a picture that is not particularly promising. The percentage of vaccinated young people between 18 and 24 is everywhere significantly lower than the European one, which stands at 57.5% . If the obstacles to the supply and distribution of vaccines are not overcome soon, the health recovery – and consequently the economic and social recovery – is likely to be further delayed.