To what extent do European students depend on their families?

Almost half of European students depend on their families in order to meet their costs, and more than a third live with their parents. This phenomenon is particularly acute in the South, though certainly not unique to the region. 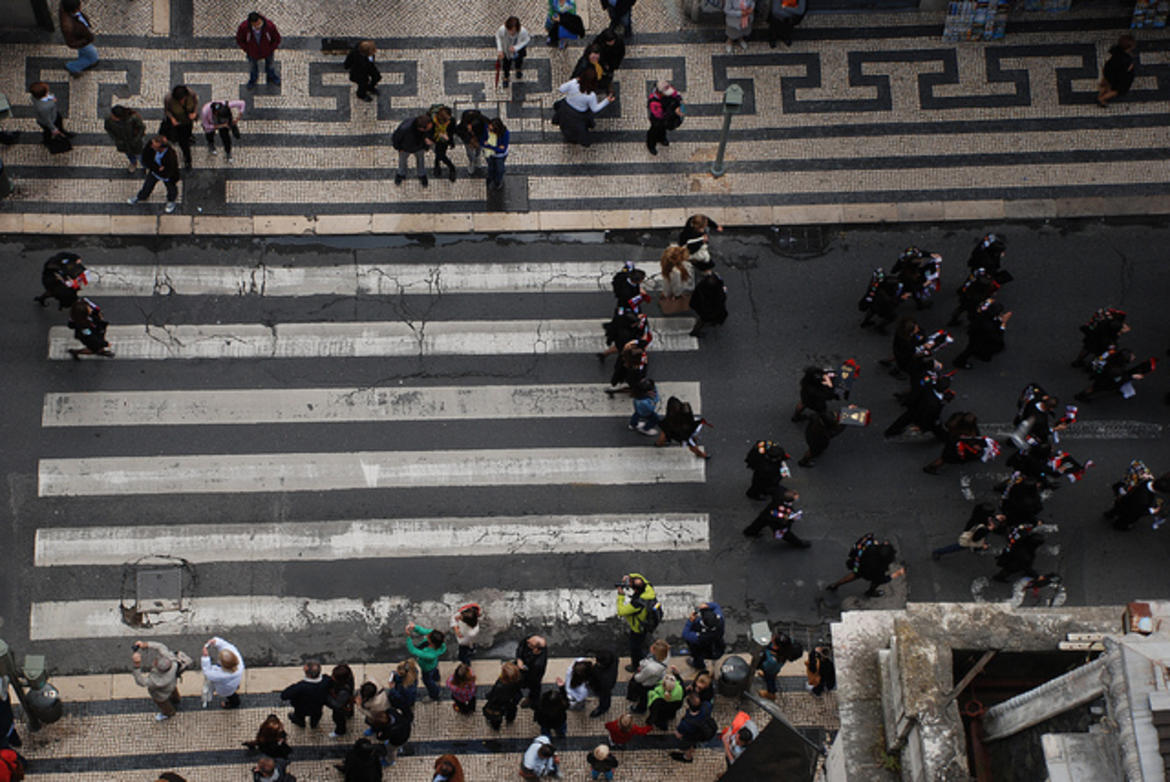 Young Portuguese people stay with their parents until relatively late. It’s for this reason that Portugal is one of the European countries where students depend most on their families while pursuing higher education. Portuguese students provide by themselves for just about 44 percent of the typical costs for universities and engineering schools. Housing represents the most significant portion of expenses, above all in Lisbon.

The data comes from a recently published Eurostudent study , which analyses the socio-economic conditions of students in Europe. According to the report, Portugal comes fourth for countries where families pay the largest portion of their children's education costs: 56 percent of the total cost.

Only Georgia, Ireland and Serbia - where parents of students support 64 percent of costs - have higher percentages than Portugal. In the 28 countries studied, students provide on average, by themselves, two-thirds of their monthly expenses. 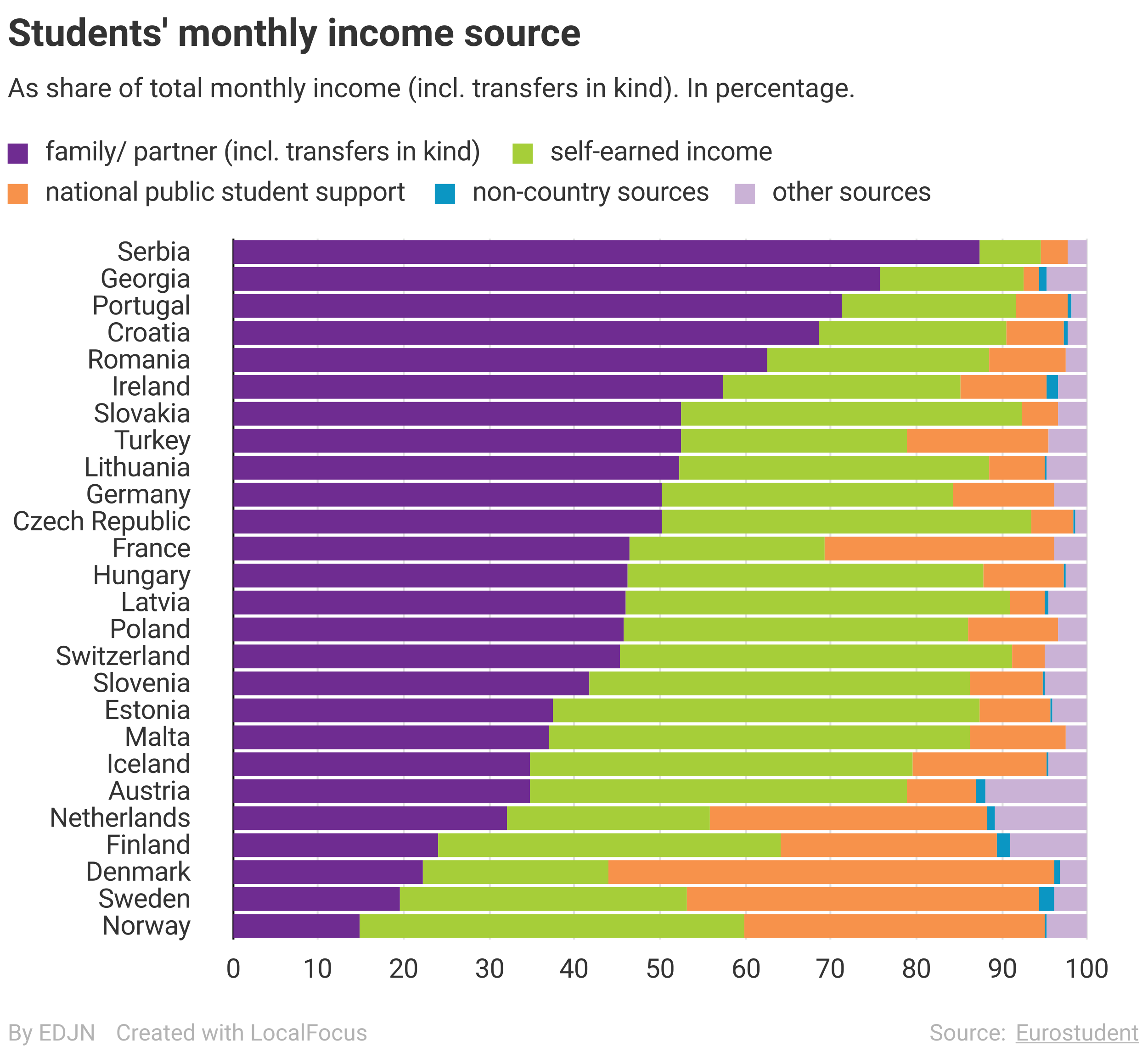 The higher financial burden for Portuguese families is directly linked to the fact that Portuguese students are among those who leave their parents’ house the latest. According to Eurostudent, 49 percent of Portuguese students remain with their parents during their undergraduate or masters degrees. This figure is a good deal higher than the international average of 36 percent.

The students who live with their families are those who contribute the least to costs related to their education: they pay 26 percent. As for students who live alone, they pay 60 percent of their costs. “There is a cultural question” which needs to be considered for a better understanding of the data, explains Luísa Cerdeira, a professor at the University of Lisbon: “Families in Southern Europe feel responsible for their children until they finish their studies and find a job. This feeling disappears among Anglo-saxon families once their children come of age”. 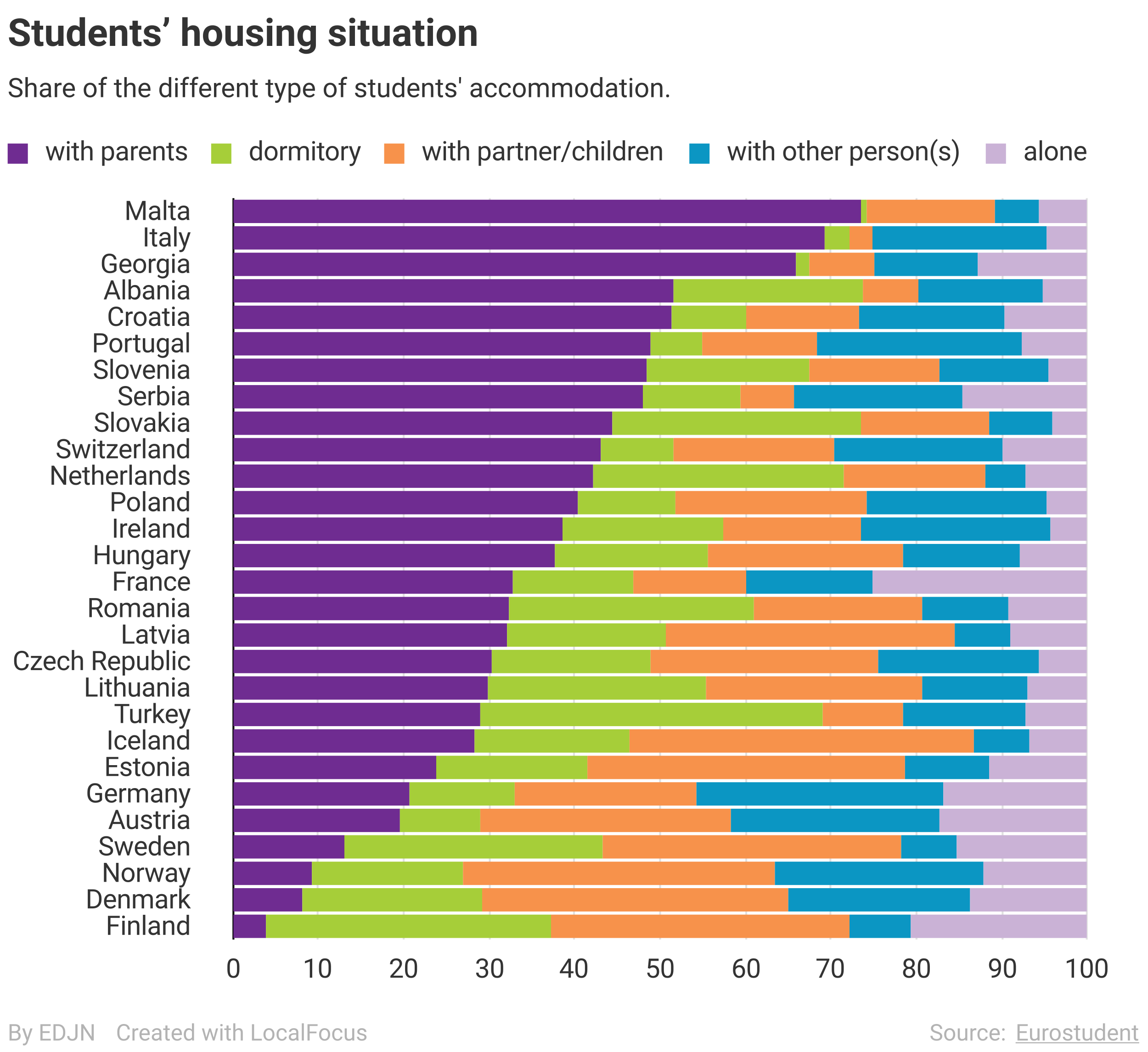 This situation is not just a matter of family relationships, “but also public policies”, she adds. In the Nordic countries (Denmark, Norway, Sweden and Finland), where state assistance grants young people more autonomy, but also in Austria, families of students contribute less than 20 percent of costs related to their children’s higher education. These are the same countries where students financially contribute the most to their studies, the report shows.

The major portion of money spent by students or their families is related to housing costs and food. Only 13 percent of total costs have a direct link to education (registration fees, books, etc…).

This data coincides with the findings of a study prepared by the University of Lisbon’s Institute for Education, coordinated by Luísa Cerdeira and published last year, which indicated that housing is one of the expenses which has the highest impact on the total costs for higher education. Students in public universities who live alone spend on average 781 euros more than their peers who stay at home.

“Those who reach higher education remain the privileged”, explains the President of Porto Academic Federation, João Pedro Videira, for whom these figures demonstrate how those belonging to families without the means to assume the financial burden end up not attending higher education.

“It’s not enough to have good marks to get into university”, adds João Rodrigues from Lisbon Academic Federation (FAL). “Students have to pass another series of obstacles in order to succeed”.

This is particularly evident in Lisbon, where “it is only possible to be a student if you are among the most privileged”, according to Rodrigues. Eurostudent confirms the analysis of FAL’s president: Portugal is one of the countries where differences between housing costs in the capital and smaller cities are greatest.

In Lisbon, students who don’t live with their parents spend 125 euros more than their peers who live in smaller cities. Ireland, France, Italy, and Poland are in a similar situation.

The same phenomenon can be seen with food-related costs. Students in Lisbon spend at least 52 euros more than their peers in smaller cities.

University cities like Porto, Coimbra, and Braga have also been studied, but are not taken into account for this figure because they have more than 100,000 inhabitants.

Among the countries studied for the report, the higher cost of living in Lisbon also makes Portugal one of the countries where the rate of students living with their parents is highest. This makes that 55 percent of students in Lisbon live with their families for the entire duration of their higher education.

Eurostudent is associated with the German Centre for Higher Education Research and Science Studies, which directed a consortium composed of six other European research centres to produce the study. They looked at 28 European countries, including Turkey, Georgia, and Albania, which are not members of the European Union.

The report shows that, apart from the 49 percent of students who live with their parents, 24 percent share their housing with other people, 13 percent live with a partner or their children, and 8 percent live alone. 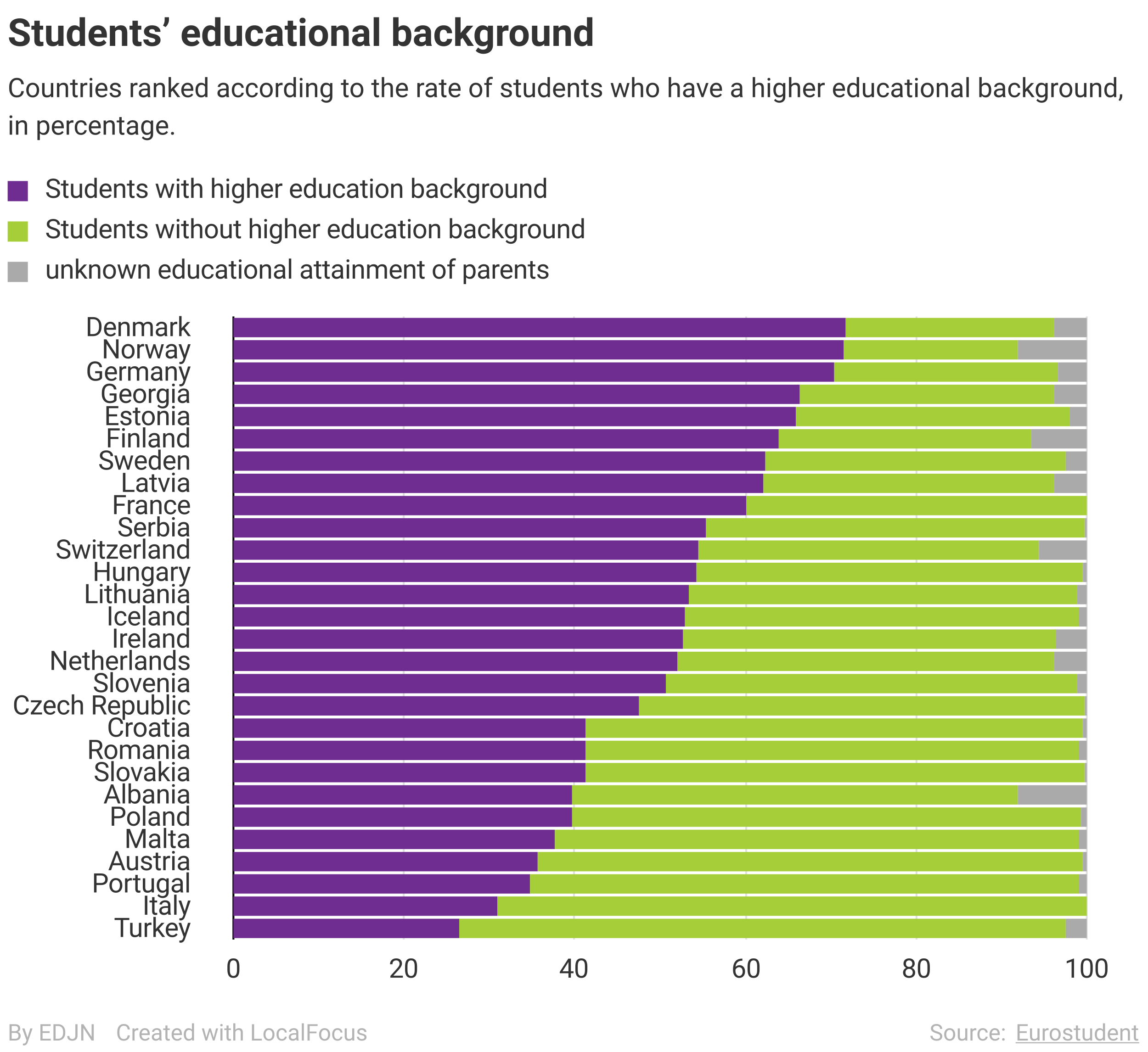