There are more forests in barren Greece than in Hungary

Less than 4 per cent of the world's forests are in the European Union, shared by no fewer than 16 million owners. There is no common EU forestry policy, but the European Green Deal is set to put a new emphasis on reforestation. 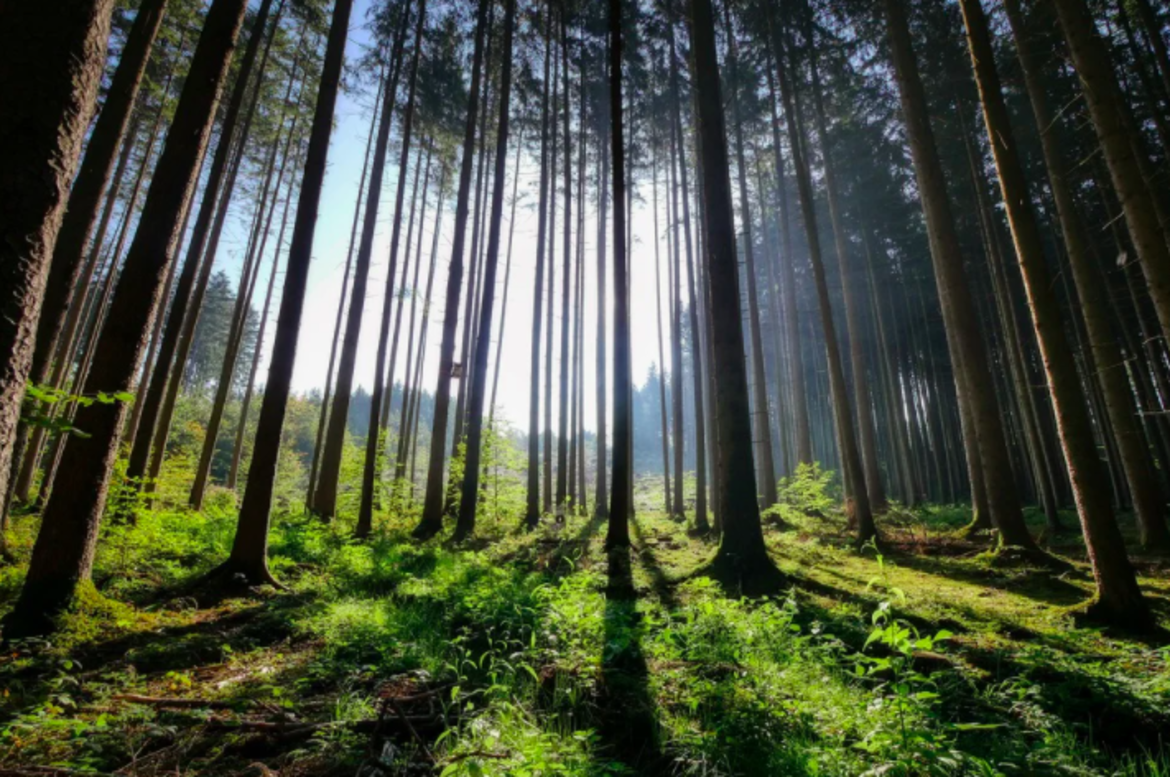 The total forest area in the world is estimated at 3.9 billion hectares, according to the UN’s Food and Agriculture Organization (FAO). This is about 30 per cent of the world’s land surface. The FAO estimates that the figure fell by 13 million hectares per year between 2000 and 2010, due to natural causes or because of deforestation. However, over the past decade, forest area grew by an estimated 5 million hectares annually.

The EU treaties do not make specific reference to forests, and the European Union does not have a common forest policy, which has primarily remained a national competence. In terms of forest area per country, there are huge differences within the EU.

In terms of forested hectares per capita, not surprisingly the Finns (4.2) and Swedes (3.2) come in first. Meanwhile the Maltese, Belgians and Dutch have almost no forest of their own, the per-capita values in these countries being less than 0.1 hectare. The situation is not much better in Hungary, at 0.2 hectares per person.

The data described above were provided for all EU countries by the Copernicus Land Monitoring Service, which operates under the European Commission's Joint Research Center and the European Environment Agency.

Our forests are gone

Taking a historical perspective, it may be noted that before the beginning of human activity, 84 per cent of the current area of Hungary was forest. From the recent data, it is revealing that even barren Greece is ahead of Hungary with its 20 per cent forest cover. Moreover, in these data forests are not defined as high-quality, contiguous woodlands with a large canopy, not even necessarily as plantations, but rather as areas reserved for forests. So the recently harvested, former forests are also included in the statistics.

The deforestation problem is not new. In the first half of the last century, the forest cover of today's ​​Hungary was only 11.8 per cent, and only a small fraction of this is the original, ancient forest area. Almost half of our forests today are planted with alien, non-native tree species (acacia, pine, black pine, Canadian poplars, etc.). Today’s forest area captures the CO2 emissions of three million cars, whereas there are 3.38 million cars in the country, according to a 2016 figure . And this is without counting larger vehicles with higher emissions.

Functioning forests produce resources, especially wood. Wood is harvested from the vast majority of the EU's forests, 134 million hectares. But in these forests logging accounts for only about two-thirds of the increase in the annual amount of timber used. The primary use of wood is energy production (42 per cent of the volume), sawmilling (24 per cent), the paper industry (17 per cent) and the panel industry (12 per cent). Approximately half of the renewable energy used in the EU comes from wood.

The forestry sector (the wood and paper industries) accounts for about 1 per cent of EU GDP. In Finland the proportion is 5 per cent, providing jobs for around 2.6 million people.

Since the so-called Thomas Report in 1995, the EU has occasionally developed strategies for the EU's forests. These studies generally have two main objectives: to ensure the sustainable management of European forests and to strengthen the EU's contribution to promoting sustainable forestry and combating deforestation worldwide.

New impetus from the Green Deal

The latest of the initiatives, the European Green Deal, could – in principle – have the greatest impact. The plan was drawn up by the Von der Leyen Commission and presented in December 2019, a few days after the commissioners took office. Its main goal is to achieve EU climate neutrality by 2050, thereby allowing the Union to play its part halting global warming. The plan looks ambitious, although many say that it is not enough.

The Green Deal covers forests, even if the word ‘forest’ only appears eight times in the document. The report claims that, “building on the 2030 biodiversity strategy, the Commission will prepare a new EU forest strategy [which] will have as its key objectives effective afforestation, and forest preservation and restoration in Europe, to help to increase the absorption of CO2, reduce the incidence and extent of forest fires, and promote the bio-economy”.

As in the past the Commission envisages this work within the framework of the Common Agricultural Policy. Commissioners point out that, in the absence of EU competence, national strategic plans should provide forest managers with incentives to preserve, grow and manage forests sustainably. The Commission also plans to take regulatory and other measures to promote imported products and value chains that do not involve deforestation and forest degradation.

Long before the Green Deal, in 2018, the conservationist Gábor Bakó published his study in the magazine National Geographic. He pointed out several times that forests are indispensable in the fight against climate change: “Forests are dynamic ecosystems with a system of self-regulation and have an almost incomprehensible influence on the climate. A tree can release 8-10 times more moisture into the air than an ocean surface with the same area as its canopy, but it does so only when necessary, in response to environmental impacts. The effects of paved and exploited agricultural and energy plantation areas are offset by the ecosystem services of the semi-natural forest, often hampering dehydration processes, pollution movement, along with the spread of allergens and alien species that spread well on degraded surfaces. Thus, in addition to their economic role, forests are essential for maintaining a livable environment and economic development.”

The Confederation of European Forest Owners , representing fully 16 million owners, has said that the inclusion of forests in the Green Deal is an important step forward. However, they note that the new strategy will have reforestation, conservation and restoration as main objectives, while solutions remain to be found on how to make best use of the full range of forest services. Sustainable forest management should be given a key role in this policy landscape, they add. Forest owners also welcome the fact that the Commission plans to address the issue of how circular and organic farming might be supported through European funds, noting that rural development is crucial for the forest sector.

Also timed to coincide with the European Green Deal, the European Forest Institute has published a large-scale study entitled “Plantation Forests in Europe: Challenges and Opportunities”. In this, the authors write that plantation forests have often been viewed negatively – for example, from the monoculture and biodiversity perspective. This is because in the past, poor tree species selection and forest management, as well as failure to consider social issues (especially the interests of local communities), have sometimes caused problems with reforestation efforts and led to the discrediting of plantation forestry.

However, the authors argue that plantation forests do not necessarily create problems if they are planted and managed in ways that take into account environmental impacts, the balance of different ecosystem services and the full range of stakeholder views. In many regions, land-use mosaics incorporating forest plantations are highly effective in enhancing ecological integrity and in tackling climate and environmental challenges. Forest plantations are often a major component of landscape restoration, and can bring degraded land back into production and improve the provision of ecosystem services. If managed well, forest plantations have the potential to sustainably supply a substantial proportion of the goods and services required by society. Plantation forestry is also increasingly changing from large-scale investments in monocultures to small or medium-scale investments in which local households and communities are owners or co-owners as well as being employed in forestry and wood processing.