In Europe there were 17.5 suicides per 10,000 people in pretrial detention in 2021, while the proportion was 8.54 deaths in the rest of the prison population. 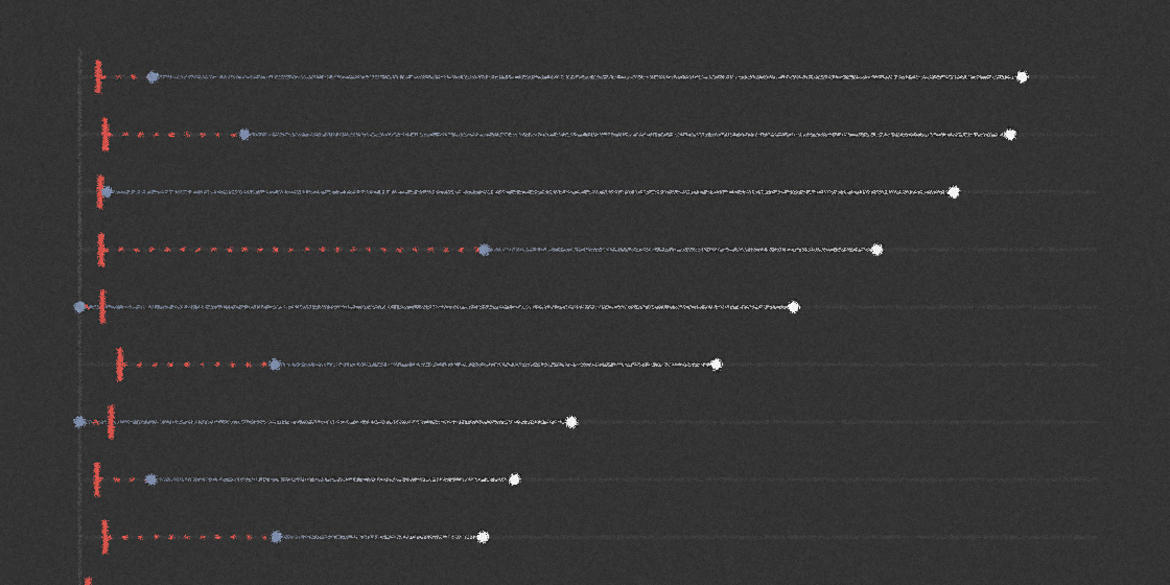 “There is much sorrow in prison, disguised as hostility. The sorrow is plainly visible even in the most angry faces.” This message was posted on John McAfee’s personal Twitter account on 10 June 2021 . Thirteen days later, the creator of the McAfee antivirus software died in his cell in the Barcelona prison Brians 2, where he had spent eight months in pretrial detention, pending rulings on extradition to the United States on charges of tax evasion and non-payment . McAfee left a note : “Instead of fully living it. I want to control my future, which doesn’t exist.” The autopsy declared his cause of death to be suicide.

In 2021, according to the Council of Europe’s SPACE study (see methodology), 480 people committed suicide in EU member state prisons, of which 172 were in pretrial detention . These people were either awaiting trial or pending the outcome of their appeal; they had not been convicted of any crime. Entering prison, especially before trial, correlates with a higher risk of suicide : in 2021, there were 17.5 suicides per 10,000 people in pretrial detention, double the 8.54 suicides per 10,000 people in the rest of the prison population.

Czechia (51 suicides per 10,000 people in pretrial detention), Latvia (50.3), Austria (47.3) and France (43.1) had the highest pretrial prison suicide rates. The highest absolute number in 2021 was in France, where 175 people in prison took their lives, 77 of them in pretrial detention. France’s problem that year was not a one-off: a 2017 study of 24 countries in The Lancet Psychiatry also warned about the high prevalence of suicide in French prisons.

“I didn’t know if I was ever going to get out, so I put my fingers [in the electrical mains] to see, but nothing happened because they are protected. Otherwise, that would have been the end of me,” says José Luis, who spent a year and several months in the Spanish prison of Picassent awaiting trial. Later a judge relieved him of criminal responsibility due to his schizophrenia and transferred him to Fontcalent prison psychiatric hospital. Before that, he was in a bad situation: “I had committed a crime, I was in a very bad place mentally, at the low point of my disorder. I didn’t have a clear awareness of reality. It’s a horrible memory.”

The experience is not unique. Most people in pretrial detention face a “cataclysm of uprooting,” says Vanessa Michel, a legal expert at the Secular Service of Aid to the Litigants and Victims (SLAJ-V) in Belgium, reports Adrian Burtin, from VoxEurop. “With all this uncertainty, I think it creates a lot of anxiety which is very different from the anxiety after the conviction.”

Pre-trial detention is an uncertain wait during which people do not know when they will appear before the judge or when the arrest warrant might be cancelled. They must also adapt overnight to a different environment and to living with strangers. José Luis remembers having had quite a hard time due to problems with other people in prison.

This is compounded by the lack of control suffered by many people awaiting trial. “You go from believing that you control your life to suddenly being controlled twenty-four hours a day and having no power at all to change things. That feeling of helplessness is very hard. For me that is the worst thing about prison,” explains retired prison psychologist María Yela , who worked in several Spanish prisons and now volunteers in them.

“It’s also the confrontation with the fact of being suspected of something, the insecurity, the unpredictability of the future. It’s an existential experience,” adds Eric Maes , a criminology researcher at the operational criminology department of the National Institute of Criminalistics and Criminology (INCC) of Belgium, reports Adrian Burtin, from VoxEurop (Belgium).

The likelihood of suicide, as noted by the World Health Organization, increases during the first hours and days of imprisonment. “It’s a very, very fragile, very critical period,” Maes says. It is then that factors such as the sudden isolation, lack of information and high stress levels come together and can precipitate suicidal behaviour. Sometimes withdrawal, in the case of people who use drugs, or the media impact, can also affect them. “After that period, we have adaptive mechanisms, which work better or worse for us and, as time goes by, we achieve a balance, however precarious it may be,” says Enrique Pérez , head of the psychiatry section of the General Hospital of Alicante in Spain and consultant to the Alicante prisons.

Being in pre-trial detention is one of the main risk factors for a person to commit suicide. Various investigations in prisons in France , Norway , Catalonia (Spain) and Germany have confirmed it. Faced with this public health problem, several European countries have instituted preventive protocols in prisons. These include the removal of possible means or materials with which the person at risk might harm his or herself, increased monitoring by prison psychologists and the assignment of other people in jail, who shadow the person at risk.

Despite these systems, countries such as France still do not have an effective protocol, according to a 2019 study that advocated instead for the adoption in prisons of the VigilanS plan , a public health protocol designed for the general public.

“European prisons, French and Belgian ones in particular, have horrifying conditions that are deeply degrading, and suicides [reflect] that loss of humanity,” says Laure Baudrihaye-Gérard, legal director for Europe at Fair Trials , an international civil society organisation. “You don’t know where you stand, and the pressures are just massive. And then the lack of access. I mean, do you think that you have psychiatrists walking around? Psychologists supporting you?”

Prisons that do have suicide prevention protocols may also lack resources. “The ratio of prisoners to a psychologist or any professional is tremendous. This is no way to work,” says Yela, the retired prison psychologist. José Luis’ experience was not much better: “In Picassent I saw the psychiatrist for five minutes every three months and they evaluated you and told you, ‘Stay on your medication.’”

Even people who do not have a previous mental health diagnosis, suffer a powerful psychological impact upon entering prison that can affect them. A study in Germany reported that it is common for people entering prison to develop adaptive disorders with depressive symptoms and sometimes paranoid thoughts. The appearance of these problems is “the greatest psychosocial vulnerability” for those people, the study authors wrote.

Suicide prevention, however, remains very complex. “Humans are unpredictable. We must help, and try to prevent suicide, but it is a behaviour that, if the person wants to do it, we will not be able to prevent,” Yela says. The support that people receive from outside prison or in their previous histories can also play an essential role in preventing suicide, says Pérez, the psychiatrist. For José Luis, the prison’s preventive measures were key: “If I had had the chance to commit suicide, I would have done it.”

We’ve extracted the data from tables 8 and 24 from the SPACE I 2021 report produced by the Council of Europe. Using the total number of inmates, and the number in preventive detention, as well as the number of suicides among pre-trial and general inmates, we could calculate the suicide rates per 10,000 inmates. For context, we add also the national suicide rate, sourced from Eurostat .

We use the category “not serving a final sentence” in the SPACES I report because in most European countries the legal status is the same and many do not break down their data between other categories. This category includes both people who have not yet had any trial (the majority) and those who have appealed their conviction and are awaiting a final ruling.

We have excluded countries with fewer than 1,000 people in prison. Although we mentioned in the text some absolute numbers of people in pretrial detention, we chose to visualise only the percentage of the total prison population that was awaiting trial or appeal. It seemed to us a more manageable and understandable figure in this journalistic article.

We are aware, after an internal debate, that this percentage may depend on other factors, such as the length of sentences, and the total number of people in prison at any given time. We concluded that the clarity and simplicity of the figure was appropriate for this journalistic article.

We visualised the data using Observable and D3.js.