The impact of Covid-19 on prisons in Hungary

Football, the gym, personal visits, all came to an abrupt end in Hungarian prisons as the coronavirus outbreak hit. Since then, prisoners and relatives have taken to Skype. The lack of face-to-face meetings has been offset by the fact that the great majority of prisoners have been vaccinated. 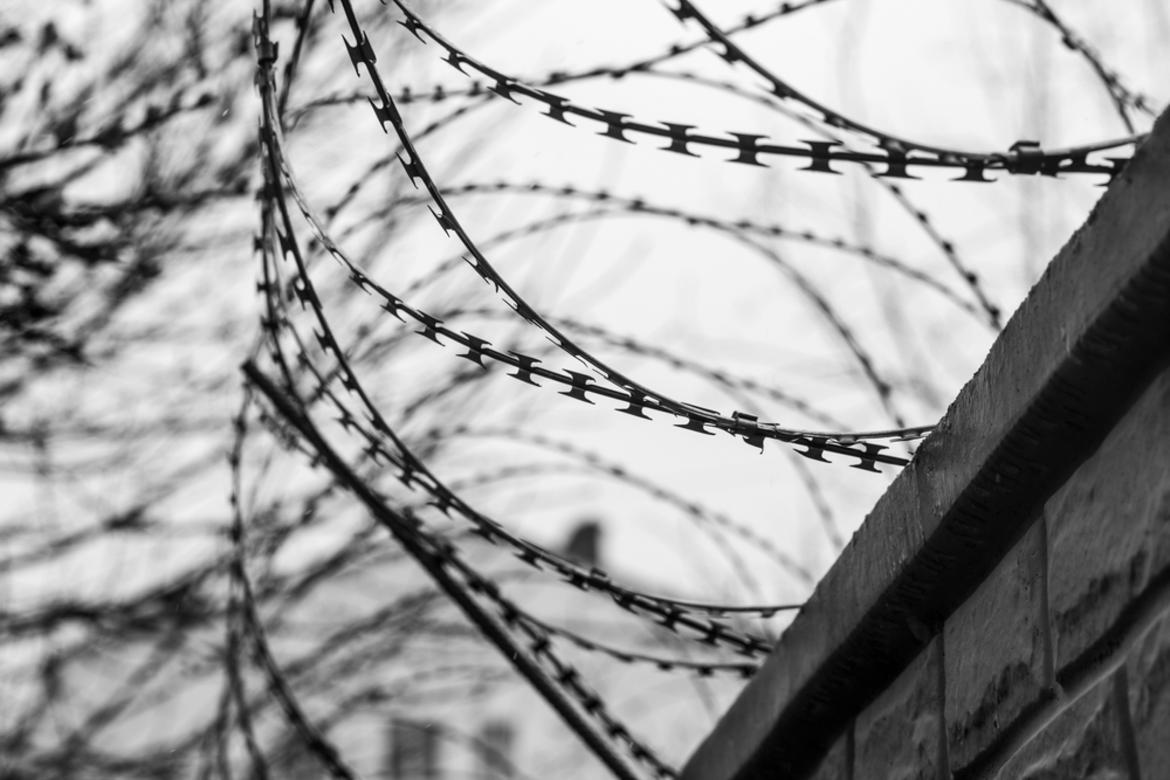 The coronavirus pandemic has been an unprecedented challenge for Hungarian prisons. Within an already closed system, new restrictions and the medical isolation of some prisoners had to be introduced. We talked to those who have had first-hand experience of the epidemic-hit prison system.

Prisoners are being tested in all prisons during the current epidemic, and those showing symptoms are immediately isolated and started on treatment, we were told by Colonel Mihály Kovács, head of the BvOP's Prisoner Affairs Service. "We have gradually introduced the necessary measures based on the guidelines of the Operational Group and the National Public Health Centre. In addition to safeguarding human lives, we have paid special attention to ensuring that detainees can exercise their rights to communicate with family members during the pandemic," he added. Prisoners who need hospital treatment will be transferred to the prison hospital at Tököl, but local hospitals are also called on when needed. For inpatient care of inmates with moderate symptoms, a COVID ward has been set up at Tököl, which is suitable for mass treatment of contagious patients. “Prisoners in a serious condition requiring ventilation have been treated in civilian health facilities depending on their condition”, Colonel Kovács said.

Prison doctor Captain László Ragó told Eurológus how much inmates feared the epidemic. "Thanks to good communication, the prisoners understood the new situation caused by the pandemic and their behaviour helped the defence. Of course, they were also concerned, typically not so much for themselves but their relatives," he added.

Uncertainty is the worst feeling

Csaba Vass entered prison in December 2018, having had no previous convictions. He says that he settled in very quickly and was working as a librarian shortly after entering prison. We spoke to him in unusual conditions: he was sitting in the library of the prison in Veszprém and we connected with him on Skype.

When asked how he faced the pandemic and what his fears were, he says the main problem he encountered were restrictions on visits. “At the end of February 2020, I was waiting to meet my friends in the visiting room when my reintegration officer told me that this would be cancelled because the Hungarian Prison Service had decided not to allow any further face-to-face meetings. This came as a shock to me. Even though we had already heard about the pandemic, that something had come out of China, because there were news reports on the bulletin boards, we were sure that we would not be affected", he said.

In addition, after serving one-third of the sentence, a prisoner can be granted a leave of absence from prison, which for Csaba Vass would have started at the beginning of April 2020. It was completely cancelled due to the epidemic. “Before the pandemic, we played football twice a week, we could use the gym for an hour eight times a month, there were group activities. I was involved in the drama club, for example, and we did a show for schoolchildren at the police station. With the pandemic, all that stopped", he explained. In addition, he added, inmates had to wear masks, the entire prison was disinfected every two weeks, posters were regularly put up to inform prisoners about the current virus situation, and the management had to be very organised. “The worst thing was the uncertainty, not knowing when it would all be over and worrying about your relatives, because the letters were quarantined, so we received them later", he recalled.

The reduction of visits, even outside outbreak periods, has been cause for criticism of the prison service by NGOs. They argued that the rights of prisoners and their relatives were unduly and unnecessarily restricted, with children being particularly affected. According to prison management, these accusations are not justified. “What is quite certain is that preventive measures in domestic prisons have been and will remain in force only as long as they are necessary, i.e. as long as the health of prisoners and our colleagues require it”, said Mihály Kovács. “When we temporarily suspended personal contacts in Hungarian prisons, as in other European countries, we also allowed prisoners to make phone calls for longer periods and to use Skype-based online video calling", he added, while the fact that no hotspot had been developed in any prison proved that the preventive measures were justified. Relatives were allowed to visit prisoners again from 1 July, but by mid-September only 2,885 visits had been requested, corresponding to 16% of the total prison population. In addition, only 1,949 of these visits ultimately took place. Prison officials believe that the reason for the low number of in-person visits is that they have continued to provide Skype-based contact, which is also more cost-effective – and practical – for relatives.

According to the prison service, between 1 July and 13 September, 109,968 Skype chats were requested by prisoners, of which 87,598 took place. We asked one of the people concerned, Csaba Vass. He said, “I think the prison management has been very flexible about this. We get 45 minutes a week, which the vast majority of us use. It is indeed more impersonal, but it still makes a big difference. Before the pandemic, we had an hour and a half of physical contact twice a month, and the lack of it caused very serious mental problems. Anyone who says otherwise is lying. But the availability of Skype has eased a lot."

In making prison life more bearable, a huge task fell to educators and reintegration officers. One of them, Lieutenant Enikő Szabó, was asked about the reactions of the prisoners to the restriction of physical contact. “Naturally everyone wants to see their loved ones, but the prisoners also watch the news, read the newspapers, correspond with their family and friends, make phone calls, so they were fully aware that their families were also facing restrictions, curfews, and distance learning", she said, adding that this made them feel the gravity of the situation. Information was important, she pointed out: in addition to posters, videos of the new measures were shown to them in their cells, so that they could talk about the details individually and understand the most important things.

A total of 1,357 prisoners and 2,629 staff had been infected with the new coronavirus as of 13 September, according to the prison service. Up to that date, 6 staff members and 15 prisoners had died – all had underlying chronic disease. A turning point came with the possibility of vaccination, which the prison management was able to manage entirely "in-house". The figures also show that neither prisoners nor staff had to be particularly convinced of the need for vaccination. Freedom of movement within the prison is particularly important, even when it is just related to the ability to go to work, to the gym, or to the library. For many, vaccination was a condition of temporary leave. As of mid-September, 14,519 prisoners had been vaccinated, 79.47 percent of the total prison population. The rate was similar for staff. By early December the figure had risen to 82.55 percent, according to recent data.

Csaba Vass says that when the vaccination was announced, people became much more relaxed. He says that nearly 100 percent of his fellow prisoners accepted vaccination, if only because they expected it to lead to an ease to restrictions and a return to face-to-face meetings. "I got my first vaccination in May, my second in June and, like many others, I took my third in September", he said. As for perceptions of the fourth wave within the prison, Csaba Vass said: "Look, here we are always waiting for something. Obviously, we are saddened by the resurgence of the infection, but I sense that the tension we felt a year ago has eased. We have to accept what is happening, we have to accept the situation. It is bad for us, but we have to be clear that we will not get our old life and our benefits back any time soon. But the fact that we are less likely to get seriously ill now that we have been vaccinated, makes a big difference".

There have been prison riots in several countries because of pandemic-related restrictions, but Mihály Kovács says there have been no such incidents in Hungarian prisons. He says that perks have played a role in this, including the introduction of Skype calling, allowing prisoners to receive more deliveries, increasing the duration of phone calls, and allowing those who could not afford them to call without charge for up to 5 minutes three times a month.

A special thanks to the Hungarian Prison Service for their help in drafting this article.