The gender gap in European governments and parliaments

While the proportion of women in the executive and legislative bodies of EU countries has grown over the years, access to key positions of political influence is still limited — in some member states more than in others. 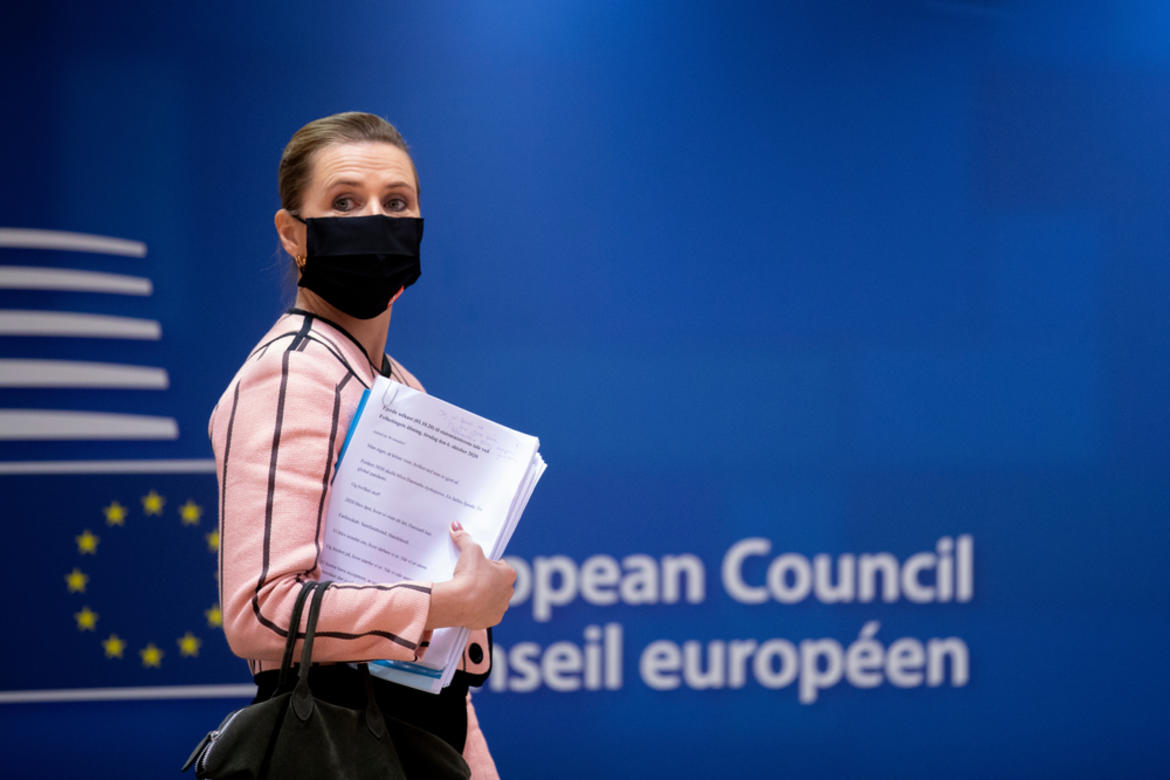 When it comes to the proportion of women in European politics, some countries are far more equal than others. On the one hand, we have countries where key positions of power are still almost exclusively held by men, and on the other, countries where women have real access to key roles.

As of 26 January 2021, Estonia has for the first time in its history a female prime minister, Kaja Kallas. This brings to 5 the number of women currently heading the EU’s national governments. This amounts to 22 percent, which increases slightly if we add the European Commission, currently headed by Ursula von der Leyen.

Looking at other key roles, in both the executive and legislative bodies, the situation does not improve. While at the level of overall representation the presence of women in European governments and parliaments has, on average, increased over the years, access to positions of greater power is still limited.

According to the most recent Eurostat data, as of 2019 only 31.4 percent of Member State government members are women: less than a third, but nevertheless an improvement over time.

In fact, this represents an increase of 11 percentage points over 15 years. However, analyzing national data, this clear progress has not touched all countries equally.

From 20.5 percent of female government members in 2004, France almost reached parity in 2019, with 48.6 percent — a growth of 28.1 points. Slovenia’s figure grew by the same amount, with Italy close behind (23.3 points). However, it must be stressed that both Slovenia and Italy started in 2004 with levels of female representation among the lowest in Europe. Respectively, these countries had only 7.1 and 10.5 percent of women in government positions.

In addition to changes over time, we should also look at the current situation. Considering only 2019 data, the most recent available, Finland (57.6 percent) and Sweden (52.2 percent) stand out, followed by Austria and Spain, both at 50 percent. In contrast, women are poorly represented in the governments of Malta (8.7 percent in 2019) and Greece (9.8 percent), the only countries falling below 10 percent.

Malta also has the sharpest decline in the presence of women over the 15 years taken into consideration. In 2004, women in government accounted for 15.8 percent, a figure which has fallen by 7 points. Apart from Malta, the only other country where there has been a drop is Germany, falling from 46.7 percent in 2004 to 40.8 percent in 2019. However, the current percentage is the seventh highest across the European Union.

Germany is also one of the 5 countries that currently, as of February 2021, have a woman as head of government. The others are Denmark (Mette Frederiksen), Estonia (Kaja Kallas), Finland (Sanna Marin) and Lithuania (Ingrida Šimonytė). In these countries, unlike Germany, other key roles are also held by women.

For the purposes of analysing the presence of women in the roles of greatest political influence in EU countries, we have identified 6 key positions. One is head of state, which in some countries corresponds to the president of the republic and in others to the king or queen, while five are government positions, selected on the basis of their relevance to both national and European politics:

Countries in the North and North-East represent an exception to most other EU members, standing out not only for the presence of women in government, but also in terms of key positions, 3 of which are held by women. These states are joined by Spain, with three female ministers (the economy, foreign affairs and health), and the European Union. In addition to President Von der Leyen, commissioners Ylva Johansson for home affairs and Stella Kyriakides for health and food safety stand out.

Belgium, Luxembourg and the United Kingdom follow, with two key roles, including Minister of the Interior, held by women in all three countries. In addition to the states with only one role each, we should also note the absence of 10 EU members from the chart above. These are France, Austria, Cyprus, Croatia, Latvia, Malta, Poland, Romania, Slovenia and Hungary, where the six key positions are all held by men.

This is particularly striking for France, where in 2019 the female presence among members of the executive was at 48.6 percent. In July 2020 there was a change of government, from that of Édouard Philippe to that of Jean Castex. However, looking at the key positions even in the previous executive, it emerges that none of them were held by women. All of this indicates that despite a high proportion of women (48.6 percent), all of the most powerful roles are held by men. This is also reflected in the current government.

Among all the Member States’ interior ministers, women account for 34.5 percent, including the UK government and the European Commission. This is the highest share of women holding any of the key roles in question. The position with the lowest number of women is Minister of the Economy, entrusted to only four women in the 29 executive bodies considered (13.8 percent). A significant figure, considering the centrality of economic and financial issues in the life and development of a state.

Finally, it should be noted that in no country do women hold more than 3 of the 6 key positions.

Over the last twenty years, in almost all EU countries, a system of gender quotas has been introduced, either legislatively or voluntarily, for parliamentary elections. This tool obliges political parties to present lists of candidates where there is a balanced presence of men and women. These measures have undoubtedly led to an increase in the presence of women in European parliaments, but in no EU country have they translated into effective gender parity within legislative bodies.

Italy has gone from having 9.9 percent female members of parliament in 2004 to 35.8 percent in 2019. This is an increase of 25.9 percentage points, the largest in Europe. Italy is followed, with increases of more than 20 points, by France and Portugal.

As was the case earlier, here too it should be noted that Italy started with one of the lowest quotas in Europe (9.9 percent), higher only than Malta, Cyprus and Hungary.

Looking at the 2019 data, it is once again northern countries that record the highest percentages, with Sweden and Finland at 47.6 and 46.5 percent respectively. It should be noted that these same states were also at the top in 2004, when they already had high female quotas.

At the other end of the scale, we find mostly Eastern European countries. In particular, Hungary has the lowest share in Europe at 12.2 percent in 2019. Then there are Malta, Cyprus, Romania, Croatia, Czech Republic and Slovakia, all with percentages around 20 percent — a gap of over twenty points compared to the quotas of the Scandinavian countries.

In 3 out of 28 EU countries, the number of female MPs has fallen over the selected timeframe. First of all, Sweden, dropping by just -0.3 percentage points. An insignificant change, especially given that the country ranks first in terms of female presence in parliament, both in 2004 and 2019.

We have already looked at the presence of women occupying key positions of executive power in Europe. Now let's look at positions of legislative power.

What are the key positions in parliament? We can consider two in particular, which are common to all EU countries:

In order to compare the proportion of women in these roles at the EU level, we consider the legislative bodies of the major EU Member States (France, Germany, Spain, Italy) and the European Parliament.

In line with what we have seen above, in both government and parliament, Spain is one of the countries where the presence of women in politics is highest. Both at the overall level and in key roles of power.

In the case of committee chairs, the Spanish parliament excels again with 48.8 percent of women currently holding this role. The European Parliament and the French Parliament follow, while Italy and Germany close the ranking with quotas of less than 40 percent.

However, it should be stressed that the number of standing committees varies widely among the parliaments under consideration. Spain has the most committees, 80, spread between the Congress of Deputies and the Senate. In the German parliament there are 40; 28 in the Italian parliament; 27 in the European Parliament; and 15 in the French parliament.

Looking at the number of women among the current presidents of parliamentary groups, Spain again leads the way, and by a wider margin than in previous rankings.

41.2 percent of group leaders are women in the Spanish parliament. This is around 10 points ahead of the European Parliament (30 percent) and Italy (29.4 percent), more than 20 points ahead of Germany (20 percent), and 30 points behind France (11.1 percent).

As to the selection processes for leaders, we should highlight how three groups currently working in the lower house (Bundestag) of the German parliament tackled the issue of gender equality; they are Bündnis 90/Die Grünen (Alliance 90/The Greens), Alternative für Deutschland (Alternative for Germany) and Die Linke (The Left). These groups, in accordance with their own internal regulations, have two group leaders instead of just one, one of whom is a woman and the other a man, so as to always have equal representation of both genders in their leaderships.