Since the beginning of the pandemic, Italian authorities have allocated almost five billion euro for the supply of materials necessary for containing the spread of the virus. 1.7 billion went to foreign companies. An analysis of the public contracts awarded in response to Covid-19 in Italy. 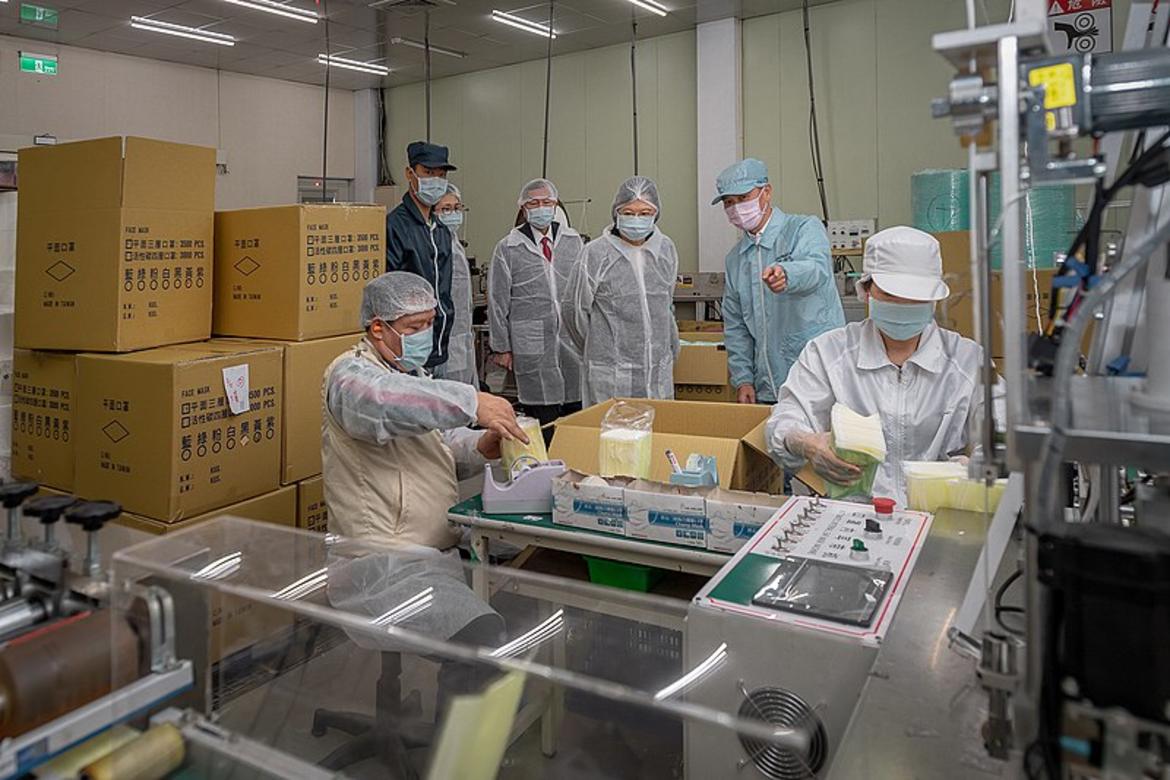 Of the 4.7 billion euro awarded in public contracts in response to the Covid-19 crisis in Italy, 1.7 billion (36.2 percent) were allocated to non-Italian businesses. More than 90 percent of this total was awarded to Chinese businesses, which mainly provided masks and other personal protective equipment during the first few months of the pandemic.

Last winter, Italy became the first European country rocked by Covid-19. This led the government to declare a state of emergency as early as January 31 2020, weeks before any other European country.

The state of emergency allows authorities to obtain supplies more rapidly in order to curb the spread of the virus and properly care for patients. It also allows the derogation of laws (while maintaining the general principles of the law) via the authority typically conferred to the head of the Department of Protezione Civile. This body is able to establish a list of laws which can be derogated, and nominate other implementing bodies to provide support in the management of crises.

Hence, by the end of January, the role of crisis management passed to the Department of Protezione Civile of the Presidency of the Council of Ministers. On March 17, the government nominated the “Special Commissioner for the implementation and coordination of measures to combat and contain the COVID-19 health crisis”. It was Domenico Arcuri, given the leadership of a body answering directly to the President of the Council of Ministers, and responsible for concluding the major public contracts for supplying the necessary goods and services to combat the pandemic. Besides the Special Commissioner and the Department of Protezione Civile, certain public authorities (such as regional authorities) have been permitted to make purchases in exception to ordinary laws concerning public contracts.

The Italian government chose to proceed with massive purchases without public tender for the supply of necessary goods, which, especially in the early months, could not be met by domestic producers. While it is true that speed is a fundamental factor fundamental during a pandemic, it is also important that the process is as transparent as possible for such purchases, precisely because they occur in exception to ordinary laws.

This is why we created a website to monitor public tenders related to COVID-19, where people can track purchases made by Italian authorities. On November 17 2020, 9000 contracts were issued by Italian public authorities, for a total of 14.13 billion euro, of which 4.17 billion is part of framework agreements. The latter give direct custody to businesses, but only after the conclusion of an agreement with a series of other providers.

Foreign purchases in the first months of the crisis

Public authorities have also relied on foreign industry for the purchase of personal protective equipment and medical supplies. In the first months of the crisis, the main suppliers for this kind of goods were Chinese. Over time, Italian productive capacities grew to meet the demands of the crisis, and the supply of resources clearly shifted in favour of providers operating in Italy.

In the first months of the crisis, Italian authorities relied in equal measure on domestic and foreign businesses for the purchase of goods and services. In the period between April 14 and May 14 2020, totals tendered and awarded to foreign businesses exceeded those for Italian businesses. On April 15, three of the most highly valued contracts up to that point were awarded, with around 671 million masks supplied by Luokai Trade (Yongjia) Co. Ltd and Wenzhou Light Industrial Products Arts & Crafts Import Export Co. Ltd. Both businesses are Chinese and were awarded a total of around 974 million euro.

From May onwards, the proportion of foreign businesses dropped significantly. From June 1 to November 17, the sums awarded to foreign businesses rose from 1.63 to 1.71 billion, a very modest increase, showing a clear recovery in Italian productive capacity.

Of the 86 contracts awarded exclusively to foreign companies, 67 were for the supply of masks or other personal protective equipment. In monetary terms, this comes to about 98.4 percent of the total. French and South Korean businesses are the exception, the former having mainly sold supplies relating to intensive care and medication (64.5 percent of such supplies), and the latter mainly awarded contracts for testing equipment (52.5 percent) such as swabs or kits.

Of the 9000 contracts monitored, 3042 have been declared as awarded and are not included in framework agreements. The majority of these (2609) were won by companies based in Italy. The foreign country awarded the most contracts is China (29), followed by Hong Kong (14) and Germany (13). 85 percent of the awarded contracts were won by Italian companies, with foreign companies receiving 2.73 percent, and the remaining 11.47 percent declared as awarded but going to unnamed companies.

The ratio of domestic to foreign companies changes when we consider totals relative to lots. In that case, the percentage awarded to domestic companies falls to 60.1 percent, with foreign companies awarded 36.3 percent. 3.6 percent of totals awarded went to unnamed winners. The difference is explained by the fact that domestic businesses won more lots for a wider range of supplies and for more moderate totals, while China was awarded a smaller range of lots for larger totals.

Of the 1.7 billion euro awarded to businesses registered abroad, 1.68 billion (98 percent) went to businesses outside the EU – businesses based in Asia and North America, as well as Switzerland, the UK and Norway – while only 33.8 million (1.9 percent) was awarded to businesses based in the EU. The vast majority of awarded sums went to Chinese businesses: 1.57 billion euro, amounting to 91.7 percent of the total won by foreign companies. China is followed by another Asian country, South Korea, with 29 million euro, and then the United States (28.8). The first European country is Germany, coming fifth with 25 million euro.

Chinese companies have been awarded an average of 54.3 million euro per lot, compared to 1.1 million for Italian companies. After China, the countries receiving the largest average are South Korea (14.5 million), the United States (14.4) and Austria (4.15).

In analysing the proportion of supplies from foreign companies, our focus is the countries in which the awarded companies are registered.

Nevertheless, there are many companies considered Italian due to being registered in Italy for VAT purposes and holding registered offices in the country, with clear links to multinationals. This is the case, for example, with FCA Italy SpA – fully owned by automobile giant Fiat Chrysler Automobiles, based in the Netherlands – which the Special Commission awarded a lot worth 237.4 million euro (the third largest by amount so far) for the supply of masks from September 2020 to September 2021.

The content of this article was created using the Osservatorio bandi Covid , our platform for monitoring public tenders during the COVID-19 crisis. The primary source of the data is Italy’s National Anticorruption Authority, via the National Database of Public Contracts (BDNCP).