The UK is no longer the top Erasmus destination for students

While some of the effects of Brexit are still difficult to assess, the Erasmus+ exchange programme has already suffered the consequences. However, British universities wish to maintain their participation in the European programme. 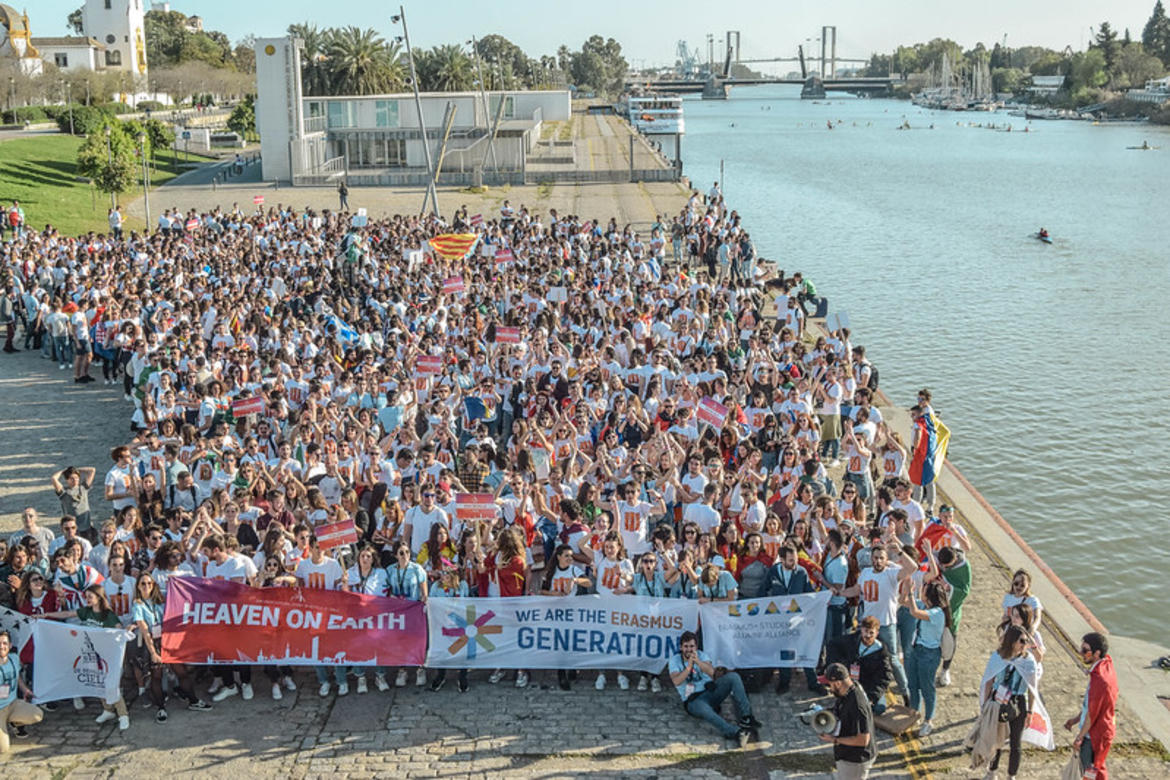 Many students have been deprived of the Erasmus+ exchange programme this year because of the COVID-19 pandemic, but the United Kingdom had already seen its number of foreign students decrease due to Brexit in 2019.

Long regarded as “the place to be”, especially among young French, German and Spanish students, the neighbour from across the Channel has lost its appeal. As a result, Spain took a clear lead in 2019.

Students preferred other destinations offering courses in English. However, in general terms, Erasmus+ exchanges have actually increased, particularly with Italy.

“With European funding increasing for the third consecutive year – €247 million, which represents a 22 percent increase – [we] have been able to exceed the 100,000-mark for mobility financed in the 2019 call for projects,” the Erasmus+ agency in France wrote in a press release.

“This has been an issue for us since the beginning and we have been working to get institutions to diversify their offers to students and look to other destinations, such as Northern or Eastern Europe,” said Laure Coudret-Laut, Director of Erasmus+ France.

The professional sector, in particular, has expanded. While a total of 102,476 Erasmus+ exchanges were funded last year, 31% of these were for vocational education and training. In other words, 31,721 exchanges were funded for 23,722 learners who went to vocational schools, did work-linked training schemes and traineeships, and 8,000 of them were teachers and trainers in training.

Despite the decrease due to Brexit, British universities still wish to maintain their participation in the European programme. “They have continued to apply for and receive funding to send students on Erasmus+ exchanges to study and work,” a spokeswoman at the British Council told EURACTIV.

In 2019, British organisations received almost €200 million in Erasmus+ funding  from the European Union. “The projects that have been successful in applying for funding under the current programmes will continue to receive EU funding throughout their duration, including those whose funding extends beyond 2020 and the end of the transition period,” the spokeswoman added.

UK students were thus able to participate fully in the programme. Spain, France and Germany are the preferred destinations for British students. They even represent one of the largest contingents of foreign students in France, as one in seven students there is British.

“As the British national agency for Erasmus+, we can say that the demand for Erasmus+ funding for exchanges with Europe has remained strong, and since the referendum, we have increased the amount of funding granted to European mobility from year to year,” said the British Council spokeswoman.

The appeal of EU countries to young British people therefore seems intact despite Brexit. However, in this period of transition, it is still too early to assess the consequences of the UK’s withdrawal from the Erasmus+ programme.

This article was edited by Zoran Radosavljevic.