In which EU countries are people more likely to die by their own hands or those of another? Analysing both homicide and suicide rates, it turns out that Lithuania and Latvia are Europe’s most dangerous countries. 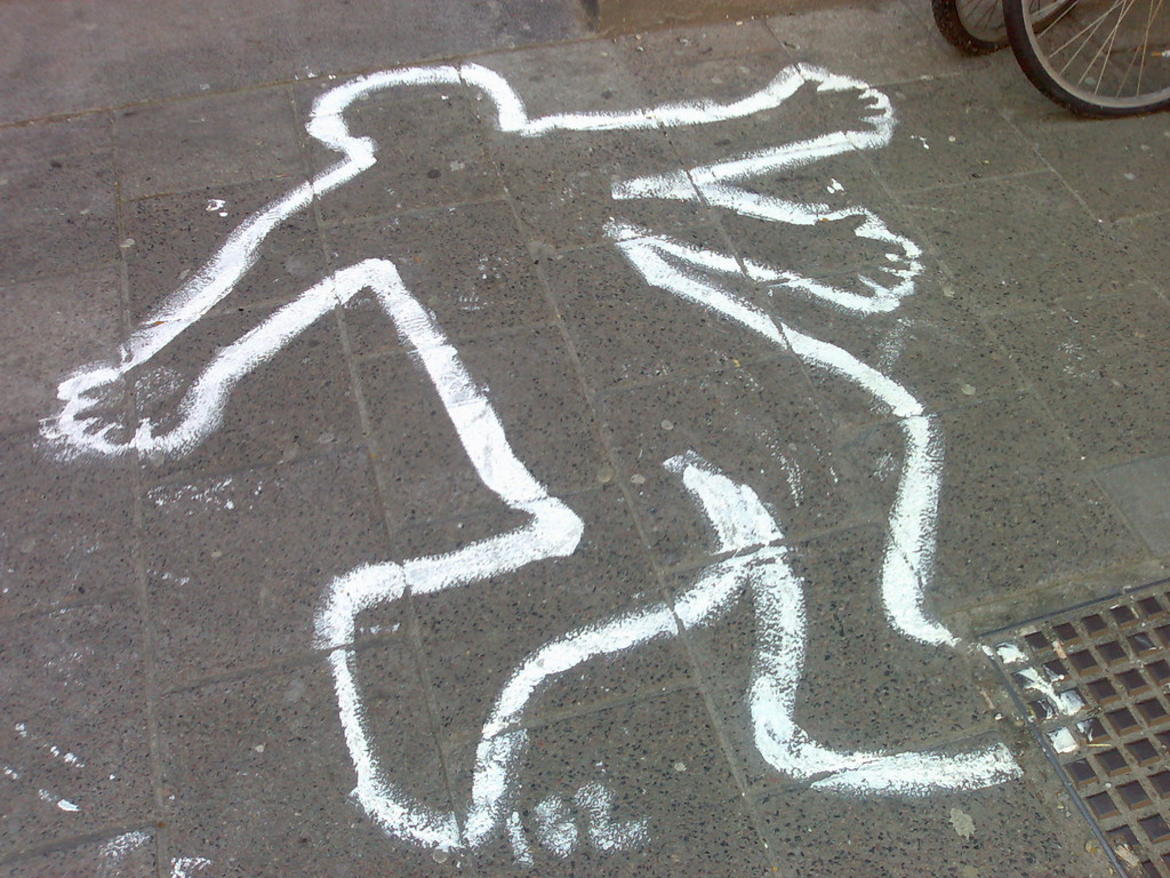 Based on a comparison of murder and suicide rates across the EU, it is clear that people in Lithuania are the most at risk from others or themselves. Hungary comes third, while people in Southern Europe are the safest. 61,000 people died in the EU due to murder or suicide during the period we investigated, which accounts for 1.3 percent of annual deaths in the bloc.

For decades, the number of people dying from violent deaths has been steadily decreasing across the European Union. The last dataset available on all EU member states is from 2016, in which police authorities reported 5200 murders. This represents a fall of 3.3 percent from the previous year. At the same time, terrorist attacks had a clear impact in 2016. In France, Germany and Great Britain, the number of people who died from violent deaths increased.

Due to differences in size and population between member states, absolute numbers are not particularly useful, so we analysed the murder rate per 100,000 inhabitants. With this method, we found that the most homicides occurred in the three Baltic states: Latvia, Lithuania and Estonia. On the other hand, things look a lot better in 13 member states, where less than one murder was recorded per 100,000 inhabitants.

For comparative purposes: in the United States, there were 5.5 homicides per 100,000 people in 2016, compared to 10.8 in Russia. Available data also shows that the number of attempted murders between 2008 and 2016 remained fairly stable.

Let's examine the data in more detail. Numerically, the most people – 747 – were murdered in Germany, and the fewest – 5 each – were killed in Malta and Luxembourg. 82 million people live in Germany, while 465,000 live in Malta, and 600,000 in Luxembourg: needless to say, such comparisons do not tell an accurate story. When we look at murders per 100,000 inhabitants, Germans and the Luxembourgers are much closer: 16th and 17th on the EU list.

The recording of homicides is relatively consistent, and its definition does not differ from country to country in the same way as other crime categories. The figures presented here reflect actual homicides. On this basis, we can state that the most homicides are committed in the Baltic states.

Latvia comes top of the list, with 5.64 cases per hundred thousand inhabitants. The figure for Lithuania is only a little lower (4.92). Estonia, meanwhile, has a significantly lower rate (2.51), but this figure is still high compared to the rest of the EU. The Baltic countries are followed by two medium-sized EU member states: Belgium and Hungary.

In the case of Belgium, only data from 2015 is available at Eurostat. This is important, given that 32 people were killed in Zaventem airport and the Brussels metro during a terrorist attack in 2016. Nevertheless, Belgium’s data is in line with the country's earlier data and shows a downward trend.

For Hungary, the data tends to fluctuate: until 2015, the number of homicides had been decreasing, but then suddenly it jumped and has remained at this higher rate ever since. This is completely out of line with the general trend in Europe.

After fifth-place Hungary, there is a significant drop in the murder rates in the next batch of countries. Ten countries follow Hungary with relatively similar homicide figures: between 1.05 and 1.42 murders per 100,000 inhabitants. As mentioned earlier, in 13 EU countries there is less than one victim per 100,000 inhabitants. People are safest in Slovenia (0.48), but there isn’t much separating it from the preceding seven countries (Austria, the Czech Republic, the Netherlands, Spain, Portugal, Italy, Poland).

We also looked at the suicide rates, to see if there are any parallels. The latest complete dataset is for 2015. Here, we also looked at Eurostat data and worked on the basis of the number of suicides per 100,000 inhabitants. As with homicides, this is a good benchmark for comparing all member states.

Similar to the homicide figures, two Baltic states appear in the top three: Lithuania comes first (30.28 cases per hundred thousand inhabitants), Slovenia second (20.72), and Latvia third (19.34). Hungary ranks fourth (19.03). It is interesting to note that Slovenia has the second highest number of suicides, while also having the lowest number of murders.

In relative terms, a lot of people end their own lives in Estonia and Belgium, while the homicide rates in these two EU countries are also high. We can also say that Southern Europeans are less prone to taking their own lives. In Malta, Italy, Spain and Greece, the number of suicides is very low, while Cyprus has the lowest number of suicides in the EU (4.45 cases/100,000 inhabitants). The EU average is 11.23 per every 100,000 inhabitants.

Looking at the two sets of data, we can casually speculate about where in the EU a person is most in danger of being killed or committing suicide. Lithuania comes first on this hypothetical list, followed by Latvia and Hungary. We are the safest, from ourselves and others, if we live in Italy, Spain or Greece.