Sustainability labels and the carbon footprint of foods

If the European Union really wants to meet its Green Deal targets, food related emissions must be curbed. To that end, the introduction of "traffic light" sustainability labels could convince Europeans to cut down on their meat consumption. 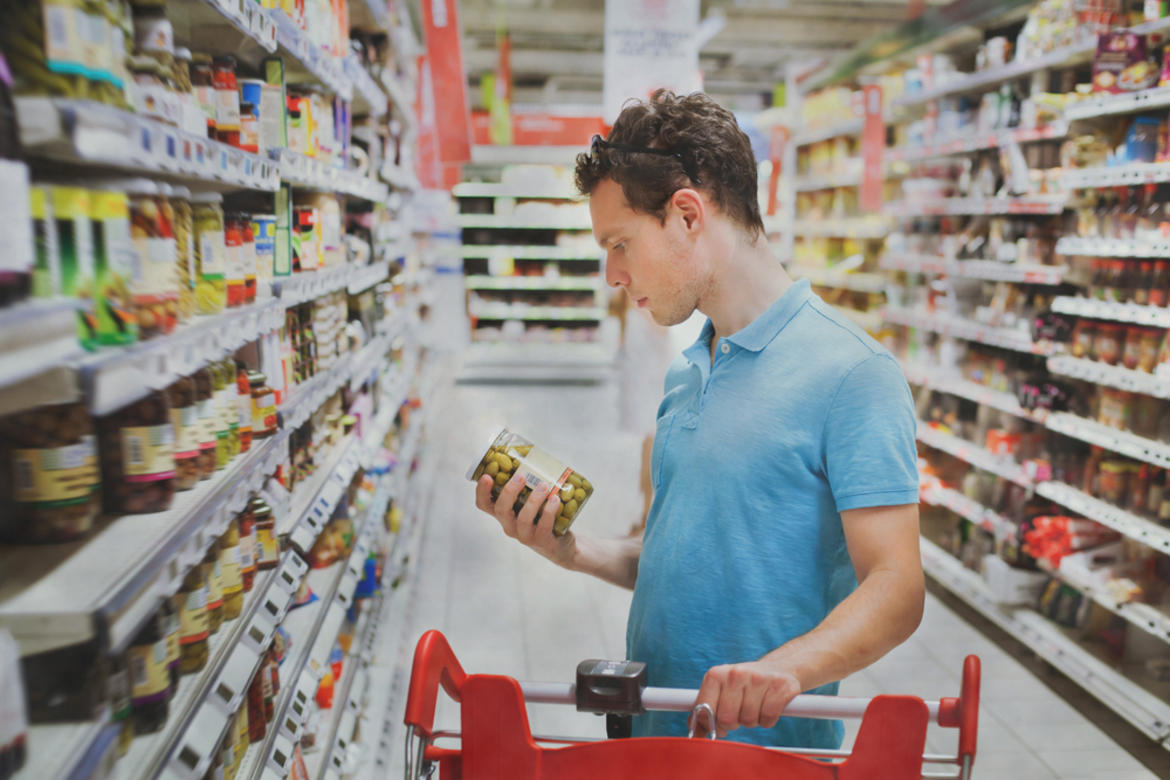 According to various estimates, the food sector now produces between a quarter and a third of global greenhouse gas emissions. In the European Union, this figure ranges from 25 percent in some countries to 42 percent in others. Thus, in order to reduce emissions by 50 percent by 2030, and 100 percent by 2050, as envisaged by the European Green Deal, decisive action needs to be taken in the food sector.

To this end, the proposed introduction of "traffic light" labels similar to those indicating the energy efficiency of household appliances is gaining ground in a number of European countries. These labels would use letters and colours to indicate the level of emissions associated with the product in question.

Currently, many products already bear labels indicating that the food in question was produced to a certain standard — organic or fair trade products, for example, but there are many others . Such labels, also called "single labels", help consumers to make an informed choice when shopping and provide valued recognition for the producer’s commitment to high production standards. However, they are a limited tool, because they provide information on a single aspect of the production process. Some are even designed by the manufacturers themselves, and lack genuine transparency about the criteria used (they often simply bear generic terms such as "green" or "eco-friendly"), and can therefore find pride of place in the greenwashing toolkit.

A standard label using clearly defined criteria and taking into account various environmental factors would not only provide more complete information to consumers, but would also be an effective tool in the reduction of food related emissions. A research recently published by the University of Oxford shows that such labels really can indeed influence consumers' choices, and persuade them to choose the least polluting food.

What’s on the table

As part of the Farm to Fork strategy, the "food branch" of the European Green Deal, the European Union intends to harmonise food labelling by the end of 2022. There are three main proposals: the so-called Nutri-Score, which would score products according to their nutritional qualities; a label addressing the welfare of animals; and the expansion of the range of products for which the country of origin must be indicated. As of now, it seems highly likely that an environmental impact assessment will be included into the Nutri-Score.

However, according to a 2020 study , more than half of European citizens would like to have a clear idea of the environmental impact of the food they consume. Last June a European Citizens' Initiative  which calls for the introduction of a "European eco-score" was launched. The initiative , born in the wake of pilot projects already launched in some countries, now has to collect one million signatures to be discussed by the European Commission. In France, an "Eco-Score" was introduced in early 2021 by some environmental organizations (including Open Food Facts , which already collects information on food products worldwide) with the support of the French Agency for Ecological Transition. The system was recently expanded in Germany , after a number of retail giants decided to experiment with it. Other major companies have joined forces under the name "Foundation Earth " to launch another pilot project, the "Enviroscore", this autumn.

The risk of greenwashing is always around the corner. The most frequent criticism concerns the criteria used in the formulation of these labels, which do not always take into account things like pesticides, biodiversity, climate and animal welfare. In France, a new initiative called "Planet-score" has recently been launched, with the aim of adding these and other criteria that the Eco-Score neglects to include.

It seems clear that the race for a sustainability label is revving up. The best solution appears to be a single label issued by the European Union, using comprehensive criteria and blocking from the outset any possibility of greenwashing. As the Farm to Fork strategy aims to develop a single label which would include environmental as well as nutritional criteria, such label may end up being, paradoxically, too broad.

Easier than it seems

How would the shelves and stalls look if such a label were applied? Which foods would be the most sustainable? The answer, in many cases, is easier than it might seem. The chart below shows the quantity of greenhouse gases emitted along the supply chain of a given food, giving us an idea of what sustainability scores we can reasonably expect. Foods of animal origin (beef above all, but also lamb, sheep, and cheese) are those that emit the most greenhouse gases.

By far the most polluting production processes are those related to farm and land use. Transport, often mistakenly cited as one of the most important factors in assessing the environmental impact of a food product, actually causes only a small percentage of emissions. For example, the carbon footprint of a banana imported in Europe from Ecuador is much lower than that of cheese produced in a farm close to home. While there are many good reasons to eat more locally sourced food, if you want to make a difference from an environmental point of view it is far more important to pay attention to the type of product you consume.

On average, about 80 percent of the greenhouse gas emissions caused by Europeans' eating habits come from animal products such as meat, eggs and cheese. In Lithuania, the Czech Republic and Greece, this figure exceeds 85 percent, while in the country where it is lowest, Bulgaria, it is still around 75 percent.

For years now, experts and institutions have been debating about how to persuade citizens to switch to a healthier, less polluting diet. Traffic light labels are certainly not the one and only solution, but they would effectively inform consumers and enable them to make more sustainable choices. The road to consensus will be long, given the opposition from large interest groups, but it is a compromise that many producers, especially farmers, will have to accept if they really want to make a difference.