“Hypertrophic”, “poorly run”, “bloated”, “too costly”... in all countries, cliches concerning the public service are legion. New indicators allow us to see how the reality is more nuanced. 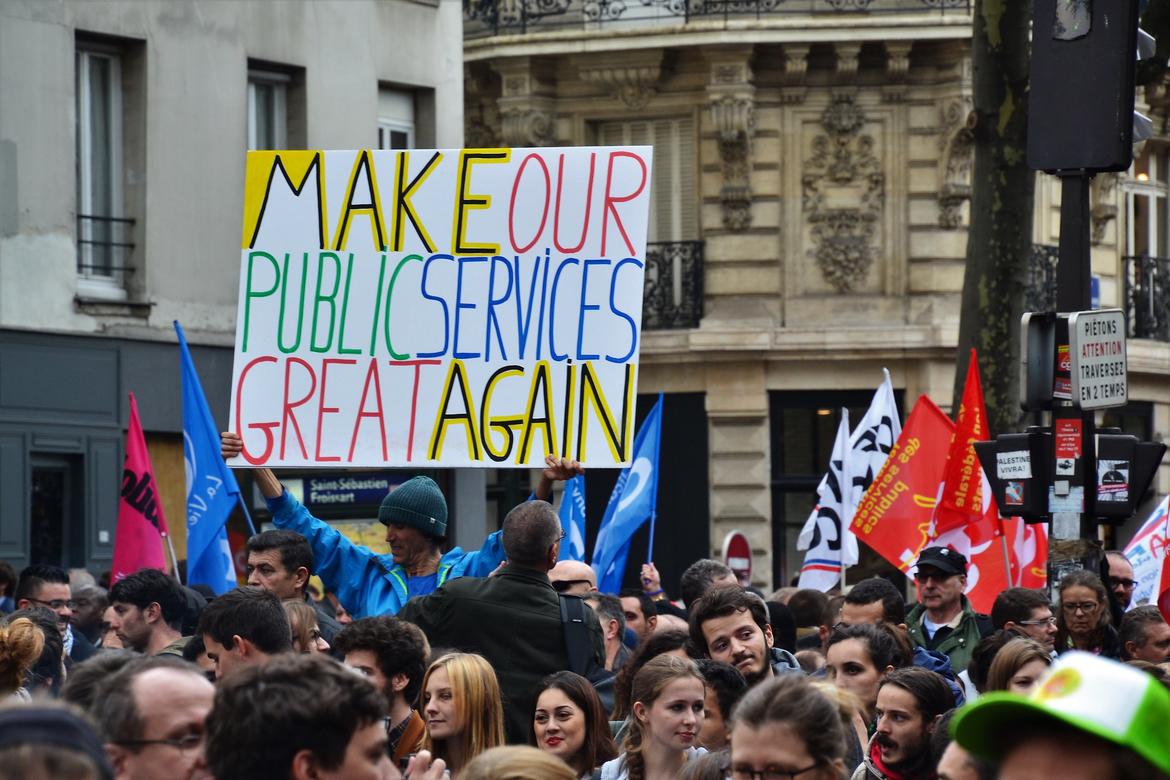 “Comparisons between developed countries relating to the public sector employment are tricky”, reads an illuminating paper recently published by France Stratégie. At issue are national differences with regard to the scope of each country’s public sector. Nevertheless, by deploying a number of indicators it becomes possible to paint a fairly complete portrait of the situation. The first and most basic indicator is produced by comparing the number of public employees, in the strict sense, to the number of inhabitants. Striking differences emerge – for example, there are three times more public employees in Norway than in Italy.

Another way to measure the scale of public sector employment is to look at the cost of public salaries and compare it with national wealth. This indicator is consistent with the public employment rate.

These indicators do not, however, take into account the varying scope of the public sector from country to country. If public employees in a particular country manage pensions, or healthcare, it is only logical that there are more public employees there than in countries where those tasks are left to the private sector. It is also only logical that their total salaries are greater.

To compensate for this “volume effect”, and better quantify public sector salaries, there are many indicators at our disposal. The first is provided by the ratio of public sector salaries to GDP per capita. This brings into relief the countries where public employees come out rather poorly compared to the rest of the population (notably in the Nordic countries and the UK) and the countries where public employees on the whole are better off (first and foremost the countries of southern Europe).

Comparison between countries is also possible when it comes to salaries. American and Belgian public employees come out better than their Swedish and British counterparts in this regard (the figures for Luxembourg and Ireland are often deceptive due to their highly advantageous tax arrangements).

So, what about the number of public employees? Once again, it is essential to take into account the relative scope of the public sector. There are two main pitfalls here. The first, described above, concerns the scope in general terms: certain countries leave health and pensions to the private sector, others do not.

But there is a second pitfall when it comes to comparison: subcontracting. While a particular domain may indeed be run by the public sector, it can still rely in part on subcontractors, who artificially deflate the public sector employment figures. Germany, for example, spends as much as France on health, but has far fewer public employees in the sector. This is explained by the fact that health workers in Germany are generally paid by the administration through private contracts. France, more generally, rarely relies on subcontractors for public services, in contrast to Germany, Denmark and Finland.

Then there’s one more pitfall: concerning certain social benefits (“benefits in kind”), such as reimbursements for consultations with private physicians, or personalised assistance with accommodation. These are particularly common, for example, in the Netherlands, a country with a relatively low figure for “gross” public employees. “In these countries, the financial framework for the health sector makes those market services a kind of 'public service', even if the government is not directly the main employer”, explains France Stratégie in their paper.

What can be concluded? Thanks to figures from the OECD and calculations from France Stratégie, there is another useful indicator: the rate of employment in “administered” services, meaning the totality of public and private sector employees whose vocation is to deliver services of public utility. In this regard, Norway remains the country with the most workers with a public vocation, while Italy is the “least-administered” country: Norway’s rate is 2.44 times that of Italy. But that difference is small when compared with the gross public employment rate.

What is true for public sector employment is also true for public spending: international comparisons are made difficult by the differences in scope between individual countries. It is therefore necessary to distinguish administration (the scale of the public sector) from socialisation (the scale of that which is shared). “While France and Canada have similar administration costs, the proportion of public spending to GDP differs by more than 12 points”, note the authors of the study. This is explained by the fact that social welfare is more extensive in France.

Before complaining about the obesity of the state, and viewing it as a symptom of poor management, there are many indicators that must first be deployed. This is why the authors of the study can conclude that “many differences in public sector employment are due more to management choices than to quality of performance”.