Non-employment: an additional indicator for the labour market

The unemployment rate as it is usually calculated provides an incomplete picture of the labour market situation and makes comparison between individual countries difficult. For a more accurate picture, the non-employment rate needs to be taken into account. 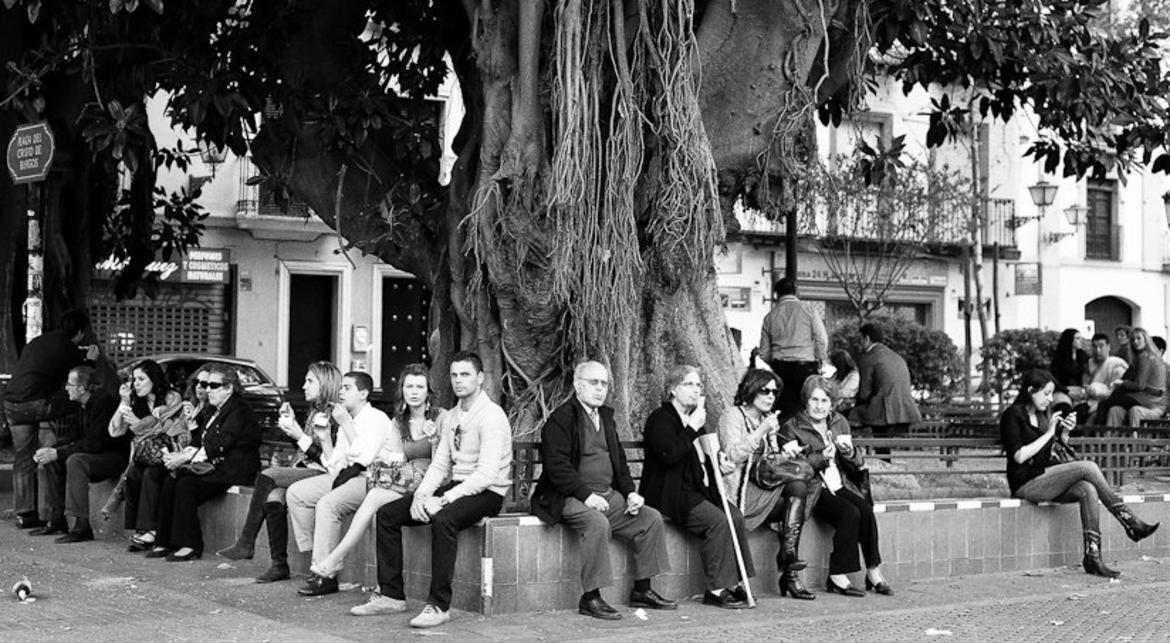 The unemployment rate provides an incomplete picture of the labour market. Moreover, this indicator often makes it difficult to compare one country to another, given the often very different institutional contexts. According to the definition provided by the International Labour Office, an unemployed person is a working-age person who is without work (that is, they have not worked for even an hour during a given week), unable to take up work within the following fifteen days, and has actively searched for work over the last month. As a consequence, many jobless people remain off the official statistical radars, since their situation doesn’t fall within these very strict criteria.

Thus, to make the unemployment rate more comprehensive, we propose using the non-employment rate. This indicator, calculated based on data provided every quarter by Eurostat’s labour force survey, allows us to grasp the total number of people without jobs within a specific age range. This includes all unemployed people in the strict sense of the term, along with people who are “inactive”, because they are not looking for work.

Typically, the unemployment rate is calculated with reference to the so-called “active” population (people who are employed or searching for employment) aged 15 to 65. We don’t use the same age range for calculating the non-employed rate: we have calculated it only in reference to those aged 25 to 59. The acceptable minimum age for retirement is a hotly debated topic in various EU member states, but almost everywhere there are good reasons for a large proportion of people over 60 to be unemployed - in particular, because of the physical effort required for jobs they had previously done, or because they started work at a very early age.

Similarly, it’s useful to recognise that a significant proportion of people under 25 in every country are in training or education, rather than work, though we shouldn’t forget that people in the same age-group who are looking for work cannot find it so easily nowadays in many EU countries. In any case, what should meet widespread consensus in our societies is that our economies be capable of providing - insofar as possible - work for all people aged 25 to 60, an age range which represents the heart of the working-age population. It’s for this reason that we chose to focus the non-employment rate on people aged 25 to 60: it provides a clearer picture than the unemployment rate on its own of the labour potential that is not being utilised by national economies.

Finally, employment is characterised by varying durations of work, particularly the proportion and duration of part-time work, which varies from one country to the other. This makes comparing the numbers of available jobs difficult, and the results can be deceptive. Moreover, part-time work, which affects women the most in every country, is generally a principal vector of gender inequalities on the labour market, and the situation of the working poor. For this reason, we have chosen to correct the gross non-employment rate - obtained when one simply counts the people without work - by only taking into account part-time work in proportion to the duration of full-time work in the same country.

Observing the movement of this indicator from the start of the 2000s, it’s no surprise to see that it had been dropping significantly before 2008, going from 34% to 30% in the EU as a whole, as well as in the Eurozone. After the crisis in 2008, the percentage starts rising again until 2015. The eurozone, however, did not return to pre-crisis levels. Since then, the figure has been dropping, but the gap between the eurozone and the EU as a whole has only grown wider.

If we compare the movements of the gross non-employment rate (not taking part-time work into account) with the full-time equivalent rate (correcting for the effects of part-time work), we see that the second figure is - somewhat predictably - higher than the first by 6 to 7 points. But while the gap between the two is just about stable in the EU as a whole, it widens noticeably in the eurozone due to increasing reliance on part-time work in those countries.

For men, meanwhile, the situations in the EU and in the eurozone are very different. In the EU as a whole, the non-employment rate among men aged 25 to 59 has risen to 19% and remains two times higher than the rate of unemployment. Nevertheless, it has almost returned to pre-crisis levels. This is not the case at all in the eurozone: at 20.5%, it remains more than three points above the 2008 level. In terms of the non-employment rate, then, it is men above all who have been victims of the crisis, the effects of which are still far from disappearing.

Up until now, we’ve been looking at non-employment at the level of the EU and the eurozone, but if we look at this indicator country by country, we find highly contrasting situations. Today, the EU country where non-employment is lowest is the Czech Republic, with a rate of “just” 16%. The other countries with the lowest non-employment are almost all the countries of Central and Eastern Europe, along with the four Nordic countries. Portugal stands out as the only southern country with a similarly low figure. Unsurprisingly we find Greece, Italy and Spain at the other end of the scale, but also, less expectedly, Ireland and the Netherlands.

This is due in particular to the frequency of part-time work in these countries. It is worth noting that in the Netherlands the gap between the gross non-employment rate and the full-time equivalent is 17 points. This gap is also more than 10 points in Austria, Switzerland and Germany. Due to the relatively low frequency and relatively long durations of part-time work, the full-time equivalent non-employment rate is lower in France than in Britain or Germany, contrary to what one might think in reference to the usual unemployment rate.

Like any indicator, the full-time equivalent non-employment rate has its limits and shortcomings, but it also provides a useful elucidation which complements, and is in some ways more robust than, the unemployment rate generally used as the only thermometer for gauging the situation of labour markets and their continuing development.