Migrants amidst COVID-19: heroes, just for one day

Fresh data released by the Migration Data Portal highlight the positive role migrant workers have played during COVID-19 crisis in Western societies, as well as their exposure to the pandemic. 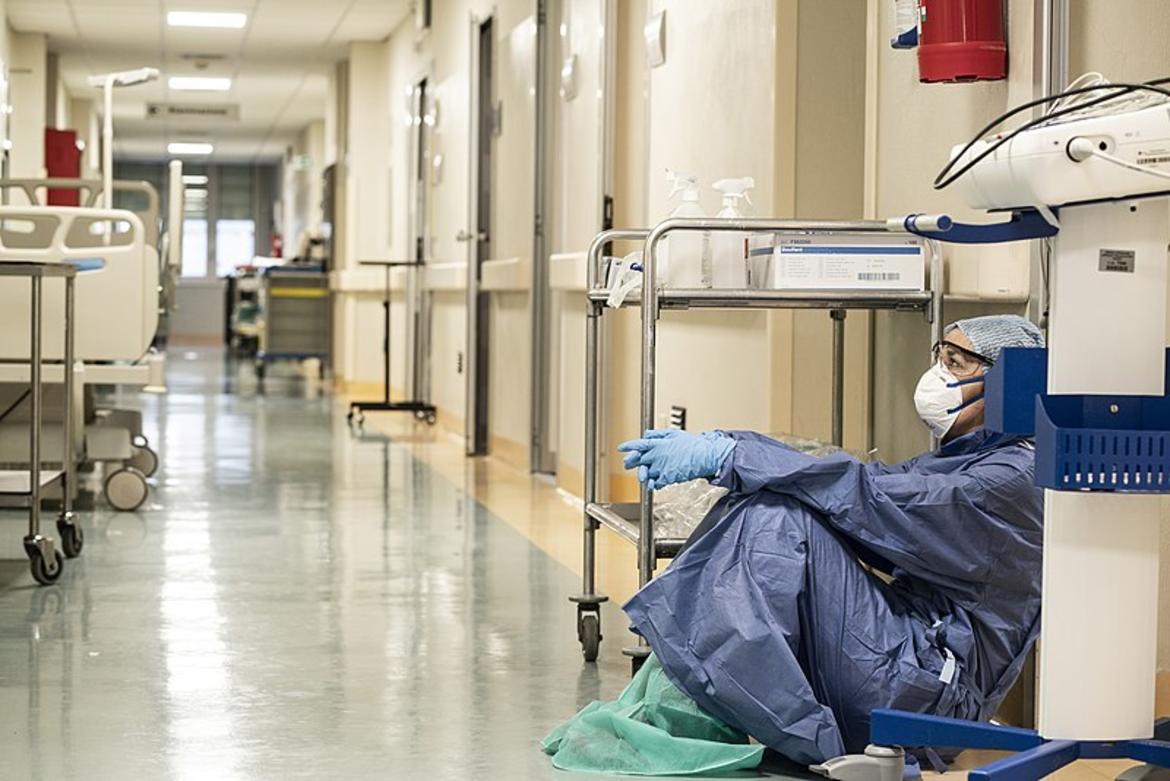 Migrants make up an ever-growing part of Europe's population. But more than that, migrants are truly a pillar of the European workforce. Their role is particularly important as many work in sectors that are vital for any economy, especially in times of COVID-19. As Fasani and Mazza explain in Immigrant Key Workers: Their Contribution to Europe’s COVID-19 Response , workers who are active in these key sectors are usually called “key-workers”.

Whereas Figure 1 shows the share of workers in different key sectors across Europe, regardless of their origin, Figure 2 highlights how native, EU-mobile and extra-EU key workers are distributed across the above-mentioned categories. Key workers tend to be more present in specific categories, depending on whether they are “EU-mobile”, “extra-EU” or “native”.

Yet, if there is one sector which has been at the front of the fight against COVID-19, it is, of course, the medical sector . Traditionally, its workforce is mainly made up of doctors and nurses. Figure 3, below, highlights the share of foreign-born doctors and nurses across Europe.

Although much of the evidence points at migrants being sort of the "undercover heroes" of our economies, the very same socio-economic category is also one of the main victim of the crisis . “Migrants are much more vulnerable to COVID-19 and its consequences”, states Lorenzo Guadagno, a researcher at IOM (International Organisation for Migration). “Migrants are more at risk not for health-related reasons, but because they're more exposed to the virus compared to the rest of the population”, Guadagno adds.

“They are employed in sectors which require them to keep going to work and they also have less access to ways of protecting themselves. Living conditions are also an issue, as they often live in places where measures to prevent the spread of the virus are more difficult to adopt”.

So what happens if a migrant gets infected with COVID-19? “Migrants face a lot of challenges when it comes to receiving medical attention , such as not having the necessary status to access it or because priority is usually given to the local population. Furthermore, if they are not legal immigrants, for many of them, the choice boils down to keep going to work or going to the hospital, so they might not seek medical attention at all”.

At the same time, the pandemic has acutely affected migrants not just from a health standpoint, but also from an economic one: the economic downturn has seriously hindered their ability to work and make a living , with many becoming unemployed and lacking access to the financial resources needed to cope with the related economic insecurity. “As for the indirect consequences of the pandemic, immigrants are much more likely to suffer from the economy shrinking, since they are over-represented in sectors which have been more harshly hit by the crisis”, continues Guadagno.

“They are usually the firsts to be laid off or to see their working hours reduced. In many countries, the legal status of a migrant depends on him or her holding a job, so losing it means becoming ‘illegal’. On top of this, migrants cannot access social welfare available to those who have been hit by the economic crisis, either because of their legal status or because of the informal nature of their work. So they find themselves in the situation of contributing to the overall welfare budget of a country, but unable to take advantage of it”.