Meetings with dozens of assistants and thousands of civil servants fly under the radar of the EU's transparency register. The heads of the pharmaceutical industry, EFPIA is one of the most active lobby groups. In less than a year and a half since the start of the pandemic they have held as many meetings with senior Commission officials as in the last five years. 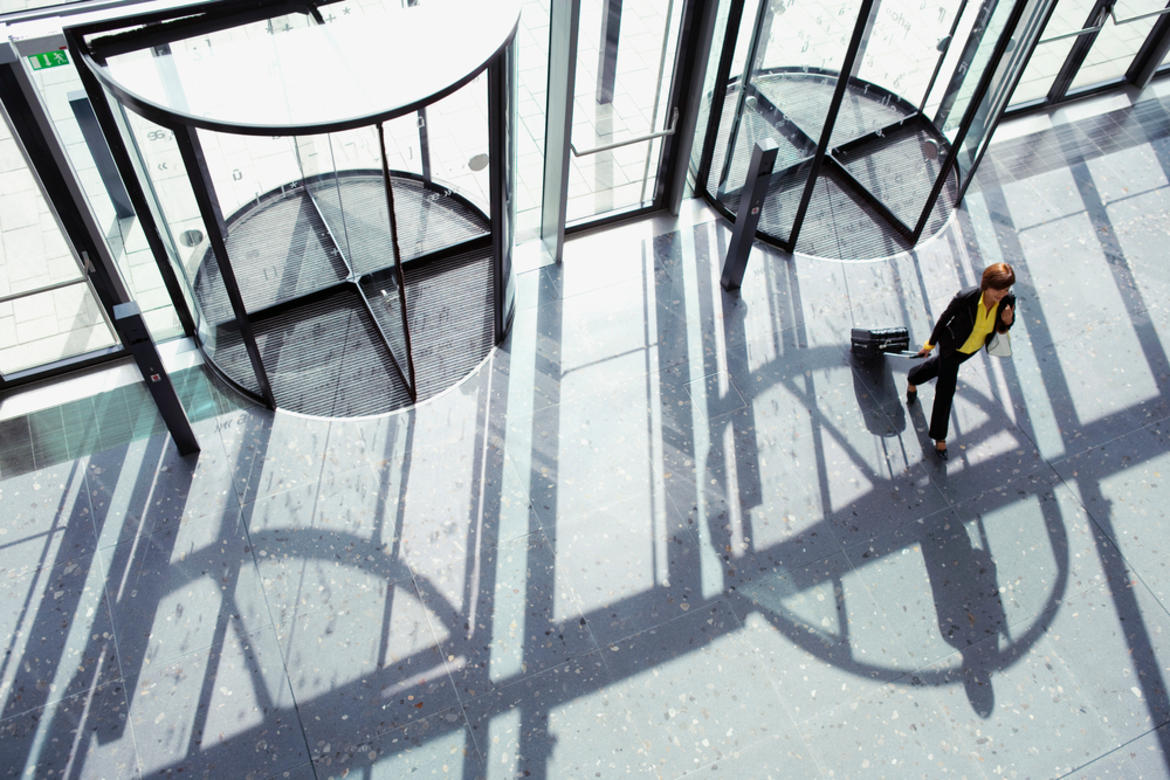 The health crisis has multiplied the number of meetings held between the European Commission and pharmaceutical labs or other lobby groups with an interest in public health. Between 2015 and the first quarter of 2021, 1,356 such meetings were held. Some 726 meetings – more than half – have taken place since 2020, the year of the Covid outbreak, between these organisations and senior officials at the Commission, according to information gathered by Civio.

To secure the chance of exerting influence or pressure on EU policies, companies, consultancies, law firms, business associations, think tanks, universities and NGOs must be enrolled on the EU’s Transparency Register . These private, public and non-governmental bodies are required to disclose their meetings with senior Commission officials.

Over 3,800 organisations registered on the European Union Transparency Register (out of a total of 12,387) have a declared interest in public health issues. However, we only know about one in three entities’ meetings with senior Commission officials. Moreover, they are only required to report their meetings with commissioners, their advisors, and directors-general at the Commission. Thus, as only the most senior posts are affected, those in lower positions – such as assistants and EU civil servants – are open for lobby groups to target with their messages.

Rue de la Loi, in the heart of the Schuman district, Brussels, connects the three community institutions: the Commission, Council and European Parliament. It is in Schuman that many of the lobby groups listed on the EU’s Transparency Register are to be found. Brussels is, moreover, the lobby capital of Europe.

As of 15 March 2021, 12,387 organisations were listed on the transparency register. A large part of these is headquartered in Belgium. And while in absolute terms those from the most populous EU countries – as well as the UK – have a greater presence, such as in the case of Germany and France, in relative terms, besides Belgium, the cases of Luxembourg (14 lobbies registered per 100,000 inhabitants), Liechtenstein (10.5), Monaco (7.7) and Malta (7.2) stand out.

On their registration, lobby groups must declare their fields of interest from a list of 41 topics: common market, competition, energy, education, research and innovation, business and industry, etc. 3,848 entities have a declared interest in Public Health. Of these, only 1,398 (36%) have reported any meetings with senior officials from the European Commission since records began.

Despite being one of the EU’s main trade partners and the first with a negative trade balance (i.e., Europe imports more from the Asian giant than it exports) only 7 Chinese organisations are listed on the Commission’s lobby register (compared with 445 from the USA): four in the field of technology – including Huawei and ZTE, one academy and two trade associations. Neither China’s special envoy to the EU nor its embassy in Spain have replied to our questions. As far as Civio has been able to ascertain, of a total of 26 registrations performed by representatives of Chinese interests, only 6 are active on the date of publication of this article. Nine lobby groups were removed from the register for not completing the annually required updates, and the remaining 11 were deleted following a quality control procedure.

However, their activity was very irregular. From the end of 2014, when registers began, until mid-March 2021, these organisations reported 12,027 meetings with commissioners, assistants or directors-general. The most active are the technology-related groups, such as Google (250 declared meetings), Microsoft (144), Vodafone (123), Deustche Telekom (105) and Telefonica (87). However, despite having declared an interest in health matters, very few of their meetings dealt with this. None, in the case of the Spanish and German companies mentioned.

If we concentrate on meetings that did focus on health issues – or that lobbyists declared as such – or involving pharmaceutical companies, the story changes. The list of meetings drops to 1,356 and the biggest stakeholder is the European Federation of Pharmaceutical Industries (EFPIA).

Fewer than 500 metres from the European Parliament stands the headquarters of the European Federation of Pharmaceutical Industries (EFPIA). This organisation defends the interests of pharmaceutical companies and brings together the major pharmaceutical companies and laboratories such as AstraZeneca, Pfizer, Merck, Sanofi, Gilead Sciences and Bayer, among others. Since records began, EFPIA has held meetings with senior European Commission officials on 86 occasions. The number of meetings disclosed since 2020 is equal to those held over the previous 5 years.

Corporate Observatory Europe – a non-profit organisation devoted to investigating and exposing the influence of companies and pressure groups on EU policies and institutions – used freedom of information requests to access the documents shared between EFPIA and the European Commission for some of the meetings held in the last year. The industry’s goal: to hold onto the patents for Covid-19 vaccines and treatments, according to its April investigation . One example: India and South Africa submitted a proposal to the World Trade Organisation for the compulsory licensing (suspension of a patent in exchange for compensation, so that other labs can use the registered technology) of Covid vaccines, in response to the crisis. “An extreme measure for an unidentified problem”, was the sector’s position in its talks with Brussels, as Corporate has revealed.

“Yes, I’ve read that report. I am little mystified, to be honest”, Andy Powrie-Smith tells Civio. Powrie-Smith is the executive director of Communications and Partnerships at EFPIA, for whom the long-awaited vaccine is a question of intellectual property. “That’s not something that’s been developed in the last 13 months, that’s something that’s been developed over 20 years, with investors investing in this new technology [mRNA] based on the fact that they know their investment is protected by intellectual property”. Powrie-Smith defends pharmaceutical laboratories’ role in the early stages of the crisis. “When the pandemic hit, all eyes turned to the industry to firstly ensure drug supply chains when borders were closing and initial lockdowns were implementing, and then to deliver diagnostics, treatments and vaccines that can help fight this pandemic”. EFPIA and the EC have met regularly “to fight these objectives in a very cooperative way”, explains.

According to the published meetings, in half of these over the last year, the topic of conversation featured Covid-19 in one way or another, in a large part due to the shortage of medication and diagnostic tests. The other half focused on the Pharmaceutical Strategy in Europe , approved in November 2020.

“Despite lofty public relations statements about their commitment to tackling the pandemic, EFPIA had been lobbying intensively to protect its problematic, profit-maximising business-model”, reports Oliver Hoedeman from Corporate Observatory Europe, which highlights the use of false arguments to “fiercely” oppose the compulsory licencing put forward by India – now plunged into a second unprecedented wave of the epidemic – and South Africa. “After lobby meetings, the European Commission seems to have agreed to the wishes of the pharmaceutical industry”, Hoedeman decries.

For its part, the European Parliament voted against this measure on 29 April. It was the USA’s support for a waiver on Covid-19 vaccine patents that pushed European capitals to rethink their position. While Madrid, Paris and Rome have shown their support, Berlin rejects the move. In any case, the suspension of intellectual property rights garners little enthusiasm on a European scale. Most capitals advocate an increase in the production and exportation of vaccines to the poorest countries, as well as unlocking the exportation of supplies from the USA and UK. EU sources have told Civio that it’s important to have the major pharmaceutical companies onside because they are likely to be needed in the future, to tackle potential variants of the virus.

Meetings on public health or with the pharmaceutical industry, published by lobbyists

Not all are included

Following behind EFPIA, the bodies holding most meetings on public health are Medicines for Europe , representing the generic medicines industry; MEdTech Europe , for medical technology industries, and the Association of the European Self-Care Industry (AESGP), which groups together producers of non-prescription medications and food supplements.

Following several trade associations, the most active Commission lobbyists are the pharmaceutical companies Gilead Sciences (mainly to talk about remdesivir), CureVac (to discuss their vaccine, now under study) and Sanofi (who, together with GSK, has a contract with the EU to develop a vaccine although most of their meetings were with the Internal Market Commissioner, also of French origin). You have to scroll down the list to find AstraZeneca , an Anglo-Swedish lab with which the Commission has had several vaccine supply and export issues. They have only met publicly on five occasions, all between January and February 2021.

“We have been uncompromising in delivering the highest standards of transparency – only those signed up on the Transparency Register can meet with our key decision makers and such meetings are published online”, explains a European Commission spokesperson. However, other means of exerting pressure are off the radar. Besides access to the commissioners and their teams, incentives for an entity to get registered include the chance to be appointed to the various expert groups as an external advisor, or access to Commission officials. “The European Commission discloses its meetings with lobbyists, but only those of around 300 top officials and not those of several other thousand Commission officials, in other words the tip of the iceberg”, warns Hans van Scharen, of Corporate Observatory Europe. The register is held jointly with the European Parliament, meaning that it also allows access to its premises, to approach MEPs. At present, not all MEPs are required to disclose the meetings they hold, only rapporteurs or committee chairpeople must do so. For all other MEPs, it is voluntary.

On 16 March 2021 we downloaded the latest available list of organisations on the Transparency Register . We used the field of interest column to filter the bodies interested in Public Health, turning up 3,837 organisations. For these, we downloaded all their PDFs with the meetings published on their European Commission page. Not all bodies have a PDF, either because they haven’t published or haven’t held meetings with commissioners, advisors and directors-general of the Commission. In total, we obtained 1,398 documents.

We parsed the PDFs using Tabula and dumped the information into an Excel spreadsheet, which was reviewed both automatically and manually. We have taken into account all meetings on public health, both those held by pharmaceutical labs which feature on the transparency register, and those whose discussion topic – as declared in the subject(s) column – included the terms ‘covid’, ‘health’, ‘patient’, ‘covax’, ‘outbreak’, ‘remdesivir’ and the chunks ‘pharm-‘, ‘medic-‘, ‘pandem-‘, ‘antimicrob-‘, ‘clinic-‘ and ‘vacc-‘. These words or fragments were chosen after studying the most frequent and representative terms related to human health from the entire column. Meetings on food safety and animal health are not included in this regard. The information published in the chart goes to March 15, 2021. Thus, unlike the other bars that indicate the number of meetings on public health per month, the last one only covers half a month. The final result is available at datos.civio.es .

This article is part of SceMaps , a project funded by the European Union.

Furthermore, Civio (together with the Spanish Council for Transparency and Good Governance) is in a dispute against Gilead Sciences (and the Spanish Ministry of Health) over a freedom of information request. This has not affected the impartiality and independence of the article.