In 2016 3230 people lost their lives attempting to cross the Mediterranean to Europe. Since then the number of deaths has dropped – but the crossing is becoming ever more dangerous. 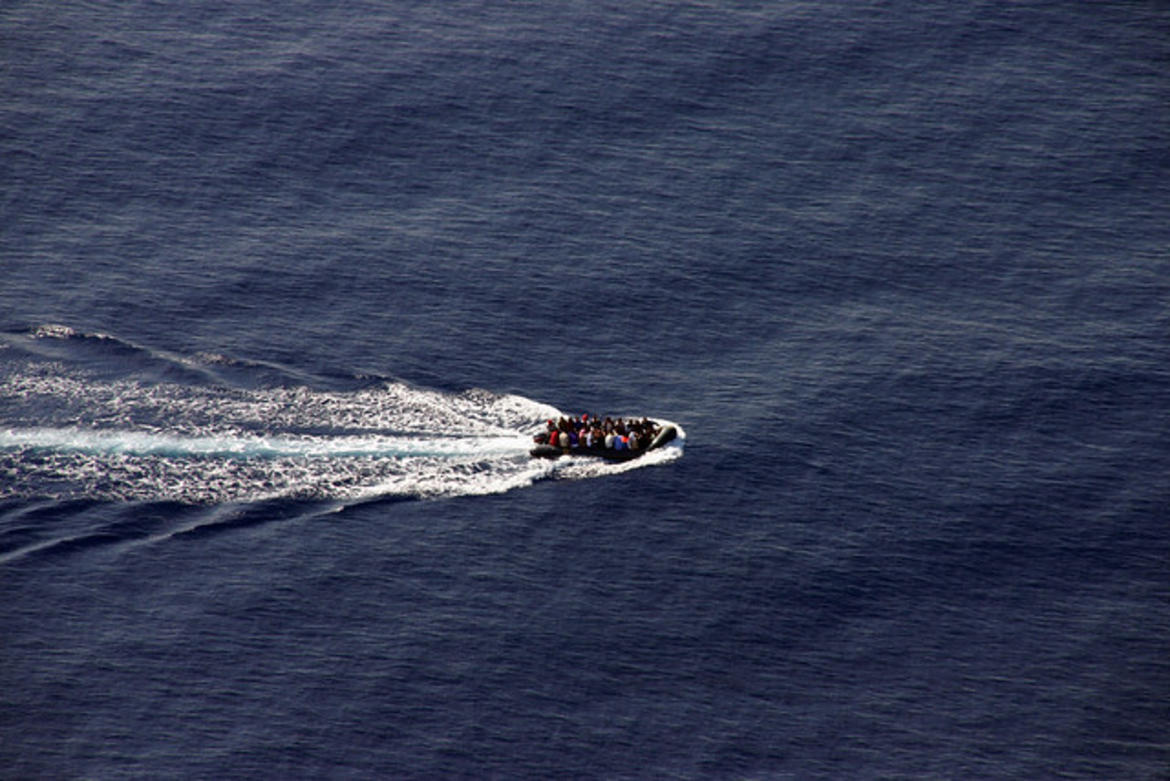 Tunisia, Pakistan, Ivory Coast, Algeria and Iraq: the majority of migrants arriving in Italy by sea in 2019 have come from these five countries. Most have poor prospects of protection in Europe. Back in February 2017 a European Commission position paper complained that the asylum process was often “misused or abused” and that the asylum system was therefore “overloaded with claims of people who are not seeking protection but rather an improvement of their – often dire – living conditions.” The EU Commission estimated that some 70% of the migrants rescued from the central Mediterranean were not fleeing violent conflicts or oppressive regimes; today that figure has risen still higher, to 80%.

While the vast majority of migrants arriving in Greece have come from countries with a good chance of being granted asylum – mostly Syria, Afghanistan, the Democratic Republic of Congo, and Iraq – the situation on the other routes is very different: in Italy only an estimated 50% of asylum seekers stood a chance of a positive outcome (including subsidiary, humanitarian and temporary protection); in 2016 that number was just 35.9% and in 2017 31.6%. The situation is similar for 2018 and 2019 too: the majority of new arrivals come from countries with low asylum acceptance rates (Tunisia, Pakistan, Ivory Coast and Algeria, Bangladesh, Sudan, Guinea, Morocco, Cameroon, Egypt, Senegal, Mali and Nigeria).

In Spain 32% of new migrants have taken the sea route from Morocco; 16% come from Mali, 15% from Guinea, 13% from Ivory Coast and 10% from Senegal. These countries, too, all have little prospect of a positive asylum ruling.

The Mediterranean is the most dangerous border in the world. The deadliest year so far was 2016: according to the International Organization for Migration (IOM), 3230 people died attempting the crossing. The EU response was to intensify the fight against people-smuggling, which included setting up its own operation in the Mediterranean: EUNAVFOR Med Sophia. As part of this operation, specialist training was also provided to the Libyan coastguard so they could intercept boats used for people-smuggling, and force them to return. The EU is also assisting a number of other African countries to prevent their territories being crossed by people on their way to Europe . The aim is to prevent asylum seekers and migrants from reaching Libya in the first place, so they cannot risk the journey across the Mediterranean from there.

Since then there has been a significant drop in the number of crossings, and hence also in the number of deaths. At the same time, however, the mission has come in for severe criticism on the basis of the human rights situation for migrants in Libya – a United Nations report tells of torture, slave markets and gang rapes. Libya is not a reliable or trustworthy partner : ever since the overthrow of Colonel Gaddafi the country has been in a state of chronic instability, with no functioning central government and militias de facto in charge.

Since then the death rate has risen again: to 1.19% in 2016 and 1.41% in 2017. In the first six months of 2019 it was 1.13%. A statistical paradox: the higher the number of crossings, the smaller the risk of dying en route. The shortest routes are also the safest and are therefore the ones most frequently used. If these are shut down, the probability of dying on one of the alternative routes is increased.

Crossings to Italy have almost stopped

The Western Mediterranean route is shorter and therefore less dangerous. The roughly 15 kilometer crossing from Morocco (and parts of Algeria) to Spain can be handled even by dinghies, which is why Spain introduced restrictive visa requirements for migrants from the Maghreb as early as 1991. This led to a sharp rise in undocumented and/or covert immigration. Spain responded by introducing a strict surveillance system in 1999; six years later, Morocco bowed to Spanish pressure and passed a law imposing severe penalties for undocumented outbound journeys. The result was that, until the middle of August 2014, the Western Mediterranean route was considered to have been closed down; since then, however, the number of migrants using this route has risen again significantly: 22,103 in 2017 and 58,525 in 2018. In the first eight months of 2019, 14,749 people made it to Spain across the Mediterranean. As a result, the death rate has risen again: from 0.5% (of 4,256 arrivals) in 2014 to 1.88% (of 5,312 arrivals) in 2015, and 1.23% in 2018. It is currently 1.1%.

Closing a route simply means that asylum seekers and migrants quickly switch to other, generally more dangerous routes instead. There are currently far fewer Mediterranean crossings, but they have become more dangerous. The risk of dying in the attempt has never been higher. In the Central Mediterranean, especially, boots that get into difficulty can frequently not be rescued in time.

At the same time, increasing numbers of migrants making it to Europe have very little chance of being granted protected status here, because they do not come from countries where they are threatened with persecution. The proportion of such cases in Italy is around 80%. The question of how people saved at sea should be distributed across Europe is correspondingly heated, since many European countries are already experiencing significant difficulties repatriating failed asylum seekers. Yet it is precisely this category of migrant whose numbers are estimated to have been increasing on the Central Mediterranean route for several years now.

How the numbers were arrived at

Both the IOM and the UNHCR try to keep track of the numbers of deaths and missing people on the Central Mediterranean route, as well as of those who arrive successfully. According to the IOM (we did not receive a reply from the UNHCR), this is based on comparing statements from everyone involved in a sea rescue, be that the migrants themselves, the Navy, Frontex or NGOs. The IOM stresses that they always use conservative estimates and that the actual numbers will therefore be higher – especially since asylum seekers and migrants whose boats sink unnoticed are not generally included. At the same time it should be remembered that there are no numbers for the boats that are prevented from making the crossing by the Tunisian, Egyptian or Moroccan authorities, which in turn pushes the death rate upwards.

Methodology: How is the likelihood of protection estimated?

The nationality of people arriving by sea is recorded as part of the registration process. The chances of being granted protection vary, depending on the country of origin. On this basis the International Organization for Migration (IOM) is able to make a rough estimate of the number of arrivals who are in need of protection, and how many have left their countries for other reasons. Although the IOM report only covers refugees as defined by the Geneva Refugee Convention, the numbers contained in it (and hence also here) also include those granted subsidiary and humanitarian protection.

There is no data for 2018 or 2019, so we have calculated the numbers for Italy on the basis of the IOM’s methodology. The country of origin could not be established for around 14.7% of arrivals in Greece in 2019; the country of origin data is for all arrivals in Greece, including those who came via land. We have therefore not made any calculations for this. However, on the basis of the total figures it is safe to assume that the majority of migrants arriving via the Eastern Mediterranean route in those years also came from countries with a good chance of a positive asylum outcome.

There are also a few other difficulties in the collation of asylum statistics. Registration on arrival and the asylum process are two discrete procedures, frequently carried out in different countries or by more than one authority – and their data-recording methods are not co-ordinated. Equally, the asylum processes within Europe take different forms, with concepts such as “asylum refused” not being defined consistently. In addition, data collection is not personalised. A single asylum seeker can therefore turn up more than once and in different places: as an arrival in a European coastal state, as an asylum seeker in a different country and – if he or she makes an application for asylum – again among the deportations.