The European consumer is hardly buying any hydrogen cars, despite the EU's belief that it has a potential to reduce the use of fossil fuels. 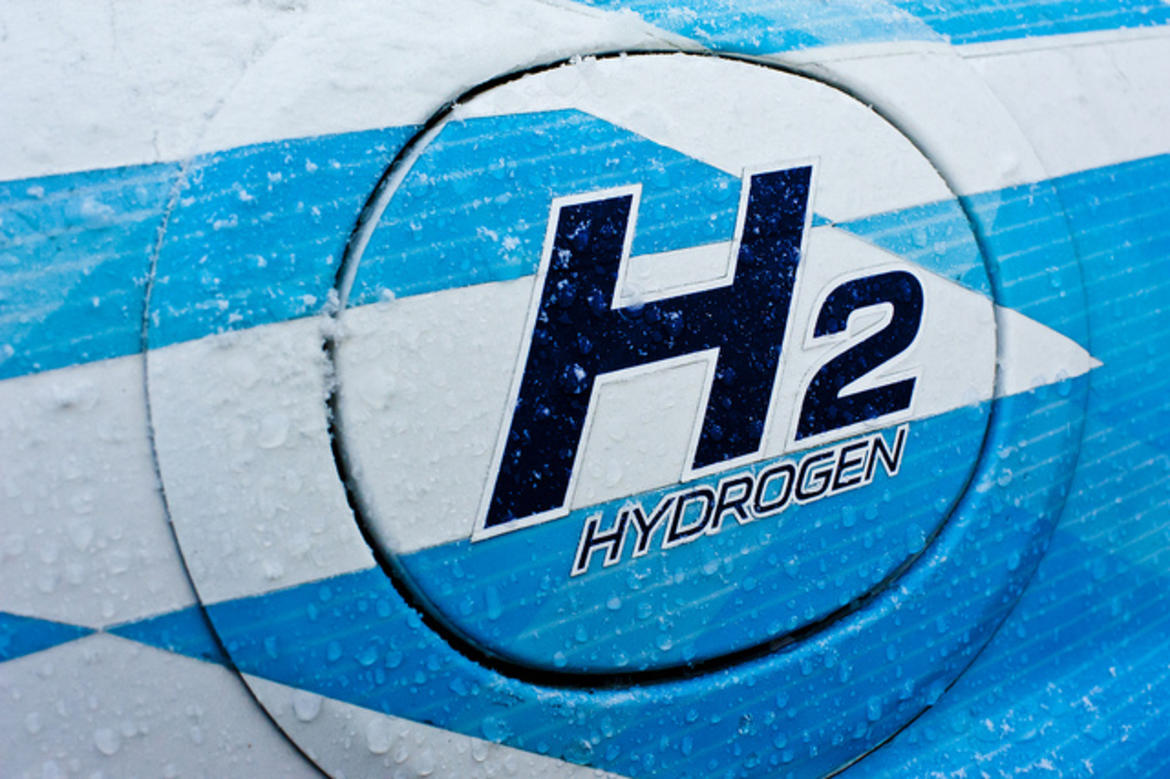 When you think of a car that is not powered by petrol or diesel, you probably think of a battery-electric vehicle. But another alternatively-powered car is said to be gaining momentum – the hydrogen fuel cell car. An advantage of fuel cell hydrogen car is that you can refuel it within three to five minutes – comparable to a petrol or diesel car. Hydrogen can be produced through electrolysis of water with electricity from green power sources like wind or solar.

The fuel cells then convert the hydrogen into electricity to power the car. (Although it should be noted that you can also produce hydrogen with polluting fossil fuels, and that the majority of Europe's hydrogen currently has that dirty source.) Ministers from 25 European countries adopted a declaration in Austria in September on the potential of hydrogen from renewable energy sources. They said that "renewable hydrogen is able to store as well as provide reliable and timely access to renewable energy, thus offering new opportunities to increase energy security and reduce the Energy Union's dependency on fossil imports". Several speakers at a recent event in Brussels also claimed that interest in hydrogen was increasing.

"Why is the hydrogen debate accelerating now? One important reason is the huge declining cost of wind and solar energy in recent years, which has opened the prospect of large-scale production of green hydrogen," said Valerie Bouillon-Delporte, president of the board of the industry lobby group Hydrogen Europe. But she also warned the participants of a conference on fuel cells and hydrogen not to get ahead of themselves. "We need a push, but no hype please," said Bouillon-Delporte. Looking at the raw figures, the European interest in fuel cell hydrogen cars is still extremely limited.

According to the European Automobile Manufacturers Association , 92.3 percent of all cars registered in the months July, August, and September were powered by fossil fuels – either petrol or diesel. Of the remaining slice of alternatively-powered passenger cars, most were plug-in hybrid electric vehicles (PHEVs) and battery electric vehicles (BEVs). Fuel cell electric vehicles (FCEVs) over the past two years have been even less popular than extended-range electric vehicle (EREVs) – which include an internal combustion engine that can recharge the battery.

According to Julia Poliscanova, the low take-up of hydrogen cars is due to the scarce availability of models to consumers. Poliscanova is a campaigner for the green Brussels-based Transport & Environment group, but also a technical expert – she specialised in batteries and fuel cells for her Master's in energy engineering. "Recently there has been a revolution in battery development," she told EUobserver. "Generally speaking the fuel cell technology has always been much more complex." "There has never really been the same reduction in cost [and] improvement in technology.

It remained costly and expensive and today still is," she noted. It have been mainly Asian car producers that have promoted hydrogen cars. "It is very telling that at least for a decade or two we have now been hearing from Toyota and Hyundai and Honda that fuel cell is the future. But it is not here," she said. The day Poliscanova spoke to this website, her lobby group published a report which concluded that hydrogen cars lose much more energy than battery electric cars. "If you have a limited amount of renewable electricity, you are much better putting it into direct charging via battery, just purely on what you get out of it, compared to hydrogen," said Poliscanova.

Nevertheless, the European Union has not yet picked a favourite. It is spending €665m (over the period 2014-2020) on a European public-private partnership that aims to "accelerate the development and deployment of fuel cell and hydrogen technologies". The organisation is called the Fuel Cells and Hydrogen Joint Undertaking, or FCH JU . The FCH JU – which has a total budget of €1.33bn – held its annual programme review conference earlier this month. Lisa Ruf was there, speaking on behalf of Element Energy, a UK consultancy that forms consortium Hydrogen Mobility Europe, a recipient of FCH JU funding. She told EUobserver that framing the debate as a battle between hydrogen vs battery was not "very useful".

"It's not a good fight and we are trying to get away from having to fight because at the end of the day we are trying to achieve the same thing," she said. "The reason why they are pitched against each other is that there is limited investment in the technology, and limited attention to what you can do," said Ruf. "We should be supporting both." Environmental campaigner Poliscanova added that the public-private partnership may result in hydrogen being used for other transport modes, like shipping. "I think we have to at this stage keep all our options on the table," said the campaigner. "The reality is that the challenge to decarbonise all our economy and all transport by 2050 is huge," she said.

On 28 November, the European Commission presented its strategy paper with a vision for reducing greenhouse gas emissions until 2050. It came less than a week after the World Meteorological Organization said in a report that greenhouse gas emissions in the Earth's atmosphere had reached record levels. "Without rapid cuts in CO2 and other greenhouse gases, climate change will have increasingly destructive and irreversible impacts on life on Earth. The window of opportunity for action is almost closed," the United Nations organisation said in a statement .

Some also argue that hydrogen could serve as a way to store renewable energy – which has to go somewhere during peak production moments, otherwise it will overload the electricity grid. One of the FCH JU's goals is to show that hydrogen can be used for "grid balancing". But Poliscanova dismissed that the grid argument would persuade investors. "You can't do electrolysis just when you have excess renewables. That's not a business case. How can you run a plant based on 'Ooh will there be wind tomorrow or not?' No." Meanwhile, the past two years all 622 hydrogen cars registered in Europe, were registered in Western Europe.

That's not too surprising, say both Ruf and Poliscanova – although they offered different explanations. Poliscanova said that generally Western Europe is where new cars are being sold, and that hydrogen cars are expensive. Ruf said that "this is very much industry-led, and this is where the big industry players are". Whether the fuel cell hydrogen car will finally get its breakthrough remains to be seen. But one would be wise not to make any predictions.

When the EU announced a previous funding programme for fuel cells and hydrogen, in 2006, it called them "energy technologies that can bring about a paradigm shift in the way Europe produces and uses energy, offering massive development potential towards long-term independent sustainable energy supply and providing Europe with a crucial competitive edge". That paradigm shift is still nowhere in sight.