Hungarian prisons are the most overcrowded in Europe

Lithuania is the EU country with the highest rate of inmates in relation to the population, but prison overcrowding is the highest in Hungary. 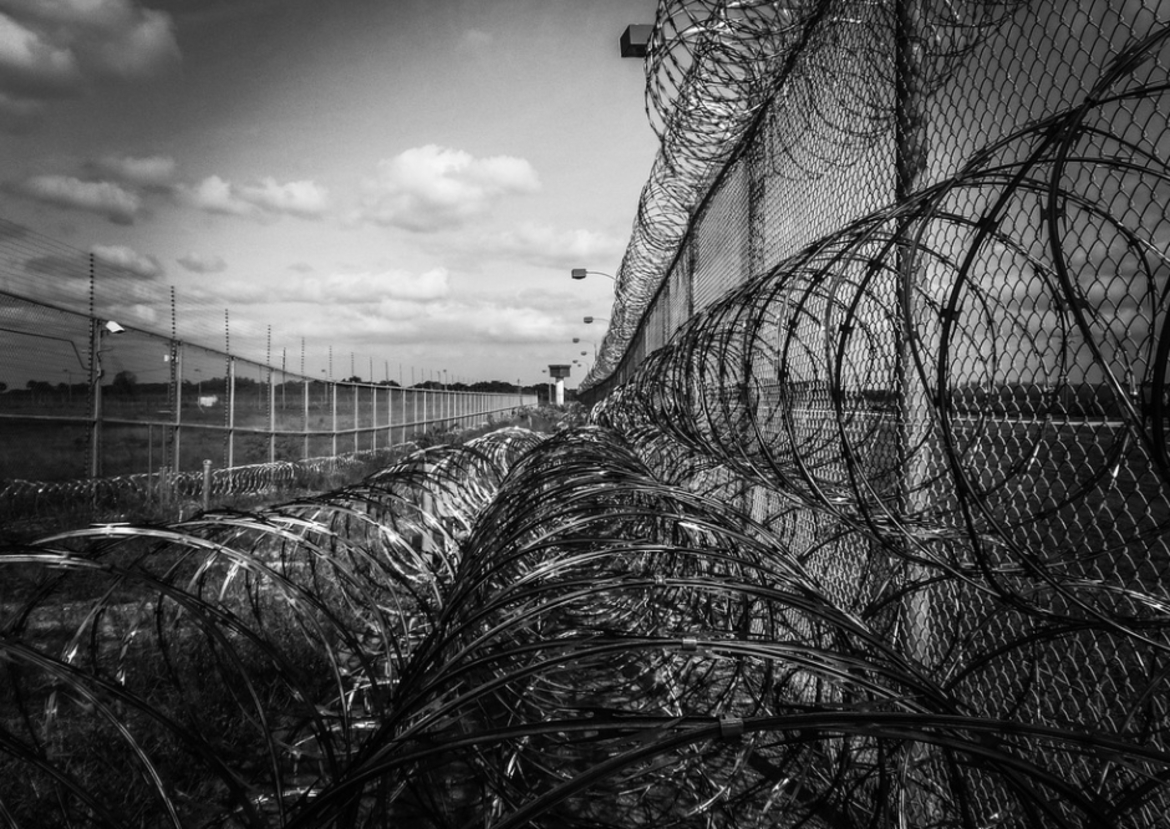 At the European level, the number of prisoners is decreasing, with one reason being the spread of alternative punishment methods, and also the fact that the average time spent in prison is becoming lower year after year. We tried to obtain data from a variety of sources about how much of the population is behind bars and how the prison system can cope with it.

"I was released at four o’clock at dawn. By the time I got to Budapest by 8 in the morning, I robbed three people. I was released with 520 forints (€1.6), what can you buy with that? Nothing."

"Did it ever occur to you that you cannot do this?"

This dialogue happened between a reporter and a man who spent most of his life in prison, the full conversation can be found in this book . With this excerpt, we want to emphasise that prisons have always been needed and will be needed, because some in the society – for countless reasons – do not consider themselves bound by the law. But how big is that part of society? How do our societies deal with this, and under what conditions are kept the people who are deprived of their liberty? In this article, we want to give an EU perspective on this issue.

The Council of Europe published its annual report on European prison conditions a few weeks ago. The Council of Europe brings together 47 European states – all of them, except for Belarus and Kazakhstan, which are missing from the members because the death penalty is still accepted there. We looked at two basic data about prisons: crowdedness and the number of prisoners per 100,000 inhabitants. We narrowed the circle to the European Union. By doing so, Russia or Northern Macedonia, where you can find some extraordinary data, were removed from our research, but we will refer to them for the sake of comparison. Getting the exact picture was not easy, as four EU member states – Malta, Belgium, the Netherlands and Hungary – did not provide data to the Council of Europe. In their case, we took a look to the World Prison Brief , a global research centre for prisons, while with regards to Hungary we relied on data gathered by the National Prison Administration's yearbook .

The international trend indicates that the number of people locked up in prison is constantly decreasing. There are two main reasons for that: the spread of alternative punishment methods and saving costs. To keep people in prison is expensive – although there are cases when the protection of society requires the offender to be out of sight for some time. Between 2016 and 2018, prison populations in Romania and Bulgaria fell the most, by 16 and 15 percent. It should also be mentioned that the time that prisoners spend behind bars is also decreasing on average.

Prisoners per 100,000 people can reflect how much of a society is corrupted, its tendency to commit crimes, but also it can reflect the rigor of the criminal justice system, the tendencies in the case-law – so it is not possible to give a clear picture of where life is the safest. In any case, the difference between the two endpoints is conspicuous: there are nearly five times more people behind bars in Lithuania, than compared to the other northern people, the Finns.

Let's move on to the other indicator, the crowdedness of prisons. This shows the proportion of available places in the penitentiary institutions. Before analyzing the numbers, let's look at what a prison might be like in Hungary or say, in Sweden.

In Hungary, the Balassagyarmat institute was built in 1842, and is still in operation today. According to the spirit of the age, the concept was that the prisoner should repent his crimes and transforms his life. The Balassagyarmat prison is circular. The cells all look inward, and the "outside world" can only be seen from the corridors. In the cells, in front of the window, there is still today a spot for kneeling, in case the prisoner wants to ask for forgiveness. The prisoner can only look inward. The inner yard has a prison chapel, so the only entertainment for the prisoners was to listen to the daily mass. The design of the building has not changed, and although it is of great architectural interest, its mood is even more depressing than in an average prison.

Let's see a counter-example. A friend of mine in Scandinavia was convicted of smuggling, so he was put in a Swedish prison for a few months. The sea view from his window was his only consolation for a while, and the overall conditions were very far away from the ones in Balassagyarmat. The prison was spacious and comfortable and there were not too many prisoners. This only became a problem when the prisoners wanted to play basketball and there weren’t enough of them for two teams. So the prison guards joined the game. Prisoners also had a budget, so they could buy basic necessities in a nearby shop. They ordered the groceries from the shop, and then cooked a meal from them. Or they ordered a pizza... For the sake of completeness, we have to note that in recent years there have been several modern prisons built in Hungary, even though ordering pizza is not part of the services.

But let’s get back to the numbers.

The Hungarian law-enforcement forces did not send any data to the Council of Europe, but it is clear from the organisation's yearbook that crowdedness in Hungary is the highest in the EU, with 124 per cent. It represents a total of 17,343 people by 31 December 2017. Hungary still leads in this category although we know that overcrowding has somewhat decreased. For comparison only, among the countries sending data to the Council of Europe, the worst situation is in North Macedonia, with 122.3 percent of crowdedness. Romania ranks second in the EU list, with 120.5 percent, and the third is France with 116.3 percent.

There are 11 countries with some level of overcrowding, i.e. with a number beyond 100 percent use of prison places. The biggest space you’ll find in Latvian prisons, where only 63.9 percent of the available places are filled up. The Spanish (71.8%) and the Bulgarians (73.2%) also have plenty of empty spaces in their prisons. Interestingly, where there are relatively many prisoners, there is no significant overcrowding, and where few people are locked up, there is a low occupancy rate in the prisons. Comparing the two lists, there is no overlap between the first five and the last five places. What can be observed, however, is interesting for the Baltic countries and Poland. In these countries, the relatively high number of convicted does not mean that the law enforcement system is overloaded, that is, they are prepared to hold many people against their will.

Let's return to the conversation at the beginning of this article. The convicted man had a good comparative basis as he was a routine prisoner. But even he was not prepared for everything. Here is an example when prison staff – perhaps due to overcrowding – was not paying enough attention.

"Recently I almost died because of them. I wanted to find out if they would come and check on me, if I hang myself."

"I hung myself. I heard the guard coming, by then I was standing with the loop on my neck. And when I looked into the neighbour's cell, I kicked myself from the stool. They didn't check on me! I was just hanging there! I had almost ran out of breath when the rope was torn. Seriously, I could have died if it was up to them."