How the pandemic is transforming the illegal drug market

The economic impact of Covid-19 has been immense, influencing all our lives. So far, however, the illegal drug market has not suffered unduly, and in some countries it is booming due to the capacity of criminals to adapt. 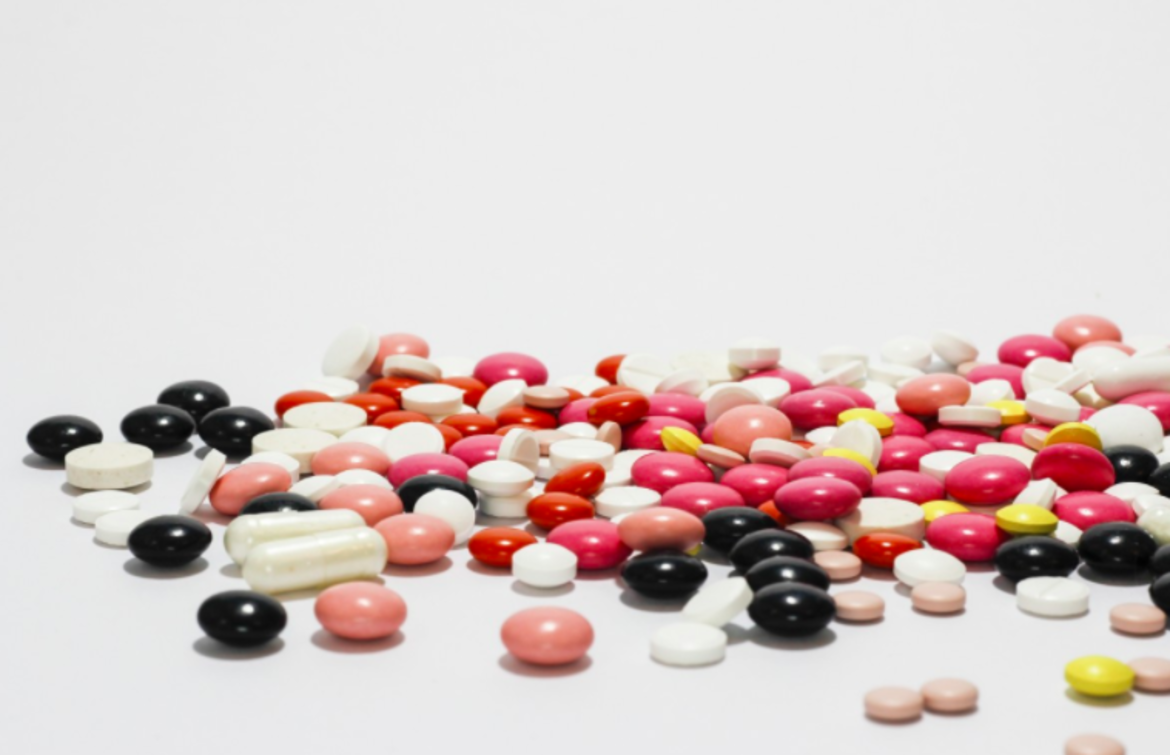 The illegal drug market has not suffered unduly due to Covid-19, and in some countries it actually is booming. These are the conclusions of Europol, the EU police agency, after a study of recent years’ figures. The 2019 EU Drug Markets Report was co-released by the European Monitoring Centre for Drugs and Drug Addiction (EMCDDA) on 29 May 2020. Its data covers the periods prior to and during the pandemic lockdowns. According to EMCDDA director Alexis Goosdeel, “Online trade and the expansion of encrypted communication put a heavier weight on law enforcement. It is likely that competition and violence will rise in the case of drug trafficking”.

The report summarizes the information submitted by member-state authorities, while adding Europol’s own data. The initial pandemic lockdowns caught drug-market actors by surprise, particularly those involved in distribution – restrictions on face-to-face meetings hindered drug deliveries. This temporary turmoil led to an increase in prices as some drugs on certain markets became more expensive. But transport of goods via public transit remained possible during the restrictions, and smugglers took advantage of it to move large quantities of product from one country to another.

A boost for darknet markets, social media and encrypted messaging

Cash payments for drug deals fell in favour of electronic money transfer. This trend has been so effective that experts anticipate it will survive the pandemic. In the EU, money laundering regulations are regularly becoming stricter, but it is not yet clear how exactly they will work to hamper organised crime.

Construction projects are also on hold due to the lockdowns, which is more bad news for criminals, who habitually launder large amounts of money in the real estate sector. The same applies to restaurants, casinos and beauty parlours. With the softening of the restrictions and the economic recovery, criminals are expected to go back to their old habits in these areas. However, there has been renewed interest in art investment, another sector used for hiding wealth and laundering money, and one with the advantage of having no fixed prices.

As mentioned, there have been shortages of certain drugs, notably cannabis and heroin. This caused price increases, and it seems some consumers were pushed towards alternative drugs. In the short term there was lower demand for synthetic drugs, particularly MDMA (ecstasy), as venues closed and festivals were cancelled. At the same time, the retail price of amphetamine and MDMA increased in several countries. Synthetic drug production continued during the pandemic at its main European locations, in Belgium and the Netherlands, as confirmed by raids and seizures.

The European cocaine trade, centered on the port of Antwerp, presents an interesting picture. Belgian authorities seized more shipments in the first three months of 2020 (that is, mostly before the pandemic erupted in Europe) than in the same period last year. Maritime transport was mostly uninterrupted even during the restrictions, so that the cocaine trade (among others) was mostly influenced by continental distribution issues. Some producer countries saw no shipments at all in January, February and March. Of those that did, Ecuador’s increased the most: 7.1 tonnes of container shipments arrived in the first three months compared to 1.7 tonnes last year.

A significant number of shipments did not even leave as they were seized in the port of departure. The Colombian anti-narcotics intelligence data talks of discovering 1.5 tonnes of cocaine which was due to be smuggled into Europe by boat between 1 January and 16 May. The majority of it, 1.1 tonnes, would have passed through Antwerp. 150 people were detained in 26 countries during a six-week international cooperation. The clampdown is thought to have decreased overall crime in Europe. However, drug-related and gang violence may have been worsened, according to law enforcement in Denmark, Finland, France and Sweden.

Secret meetings in the darknet

To facilitate distribution there has been more use of agreed secret locations for deliveries (dead drops). Cryptocurrency and encrypted communication channels such as Telegram, Wickr or Signal are often used for payment. This method has long been used for distribution in Russia and Eastern European countries such as Moldova and Ukraine. In certain EU member states, including Estonia or Belgium and the UK in the recent past, such methods were also reported to be on the rise.

Online cannabis distribution increased by 27 per cent in the first three months of 2020, according to the EMCDDA report summary. The accounted income decreased by 17 per cent, which implies that smaller transactions increased at the expense of larger ones. (This data is from the period before the restrictions.)

A number of research outfits are monitoring and analysing the so-called darknet, an area of the internet accessible only with specialised software. The researchers rely on “robots” that systematically collect and process data, which includes buyer feedback and information on the retail process, quantities and prices. Europol says that Covid-19 has shown an opportunity for EU agencies, international authorities and scientific circles to conclude more joint research activities such as these.

Criminal ingenuity has generated some intriguing outcomes. Drug traffickers adapted their methods to the lockdowns. Several reports tell of smugglers moving around with fake documents, disguised lorries, branded uniforms and vests, while transporting drugs rather than the food indicated on their travel documents.

In one case a mammoth shipment was intercepted by the Dutch police. The recipient was not named as they might not have had anything to do with the drugs. In another, in the UK in April, criminals hid 14 kg of cocaine in a consignment of masks.

From cannabis to synthetic substances

It seems that cannabis production has not been much affected by the pandemic, and production sites existing before the lockdowns have continued to operate. Some predict that new cannabis production sites will spring up in the Western Balkans as police focus their attention on pandemic control measures. The closure of the EU’s internal borders has reduced the availability of cannabis resin in some places, leading to a significant increase in price and a move to new maritime routes.

Heroin production has remained somewhat unaffected by the pandemic, unsurprisingly given the timing of the opium poppy harvest. Experts believe the market did suffer limited disruption, with higher prices reported in some countries.

In the case of cocaine, and despite the generally unaffected maritime trade, the number of smugglers using air transport has fallen dramatically. In certain countries researchers observed an increase in cocaine prices along with a deterioration in quality, indicating problems with the local supply. Based on first-quarter data (i.e. partially before the pandemic) the table below shows record seizures of cocaine, and yet nothing suggests that Covid-19 has had a setback effect on the cocaine market. Belgium is the prime locus of detection, but this of course correlates to the amount of seized shipments at the port of Antwerp.

The synthetic drug market (which includes amphetamine, MDMA and methamphetamine) declined significantly due to the cancellation of big music events and closure of nightclubs. This will remain unchanged in many countries in the coming months, amounting to a major impact on this sector of the illegal drug market, and this despite the fact that the Belgian and Dutch production sites are still operating. Europol warns that the import of Chinese drug precursors is set to become more difficult, and that producers may turn to alternative chemicals.

In a survey conducted on 7-27 April the EMCDDA asked EU member states and Norway to share their experiences and answer questions about drug prices and availability, the results of which are seen below. In terms of prices, the most striking increases were in France and Norway. Cyprus, Denmark and Spain also saw rises.

Access to drugs became significantly more difficult in Bulgaria, France, Spain and Norway, with smaller supply interruptions in Lithuania and Croatia. Hungary and Czechia remained mostly unaffected by the lockdown measures, both in terms of prices and access.

Underworld did not go into quarantine

Europol’s report establishes that drug trafficking is still the largest illegal market in Europe. The organised-crime groups are well-organized, and use different working structures, including clans, ethnically based groups, and loose collaborations. Tasks are carried out by discrete groups, and cooperation is often project-based. Police are particularly interested in “brokers”, who establish connections, mediate, and bring together groups to perform joint actions. They may also work on behalf of the end customer, and in certain cases have been responsible for contract killings.

More generally, organized crime is characterized by violence. In Sweden the incidence of shootings increased from the same period of the previous year, for example, and similar trends were seen in the Netherlands. Investigators also note that access to firearms during lockdowns was not a problem for organised criminals.