How much travel freedom do EU passports provide?

Henley & Partners’ Passport Index is one of the most widely used measures for evaluating the strength of a nation’s passport and – consequently – of citizens’ freedom of movement. Recent data highlights a fall for the UK after Brexit. 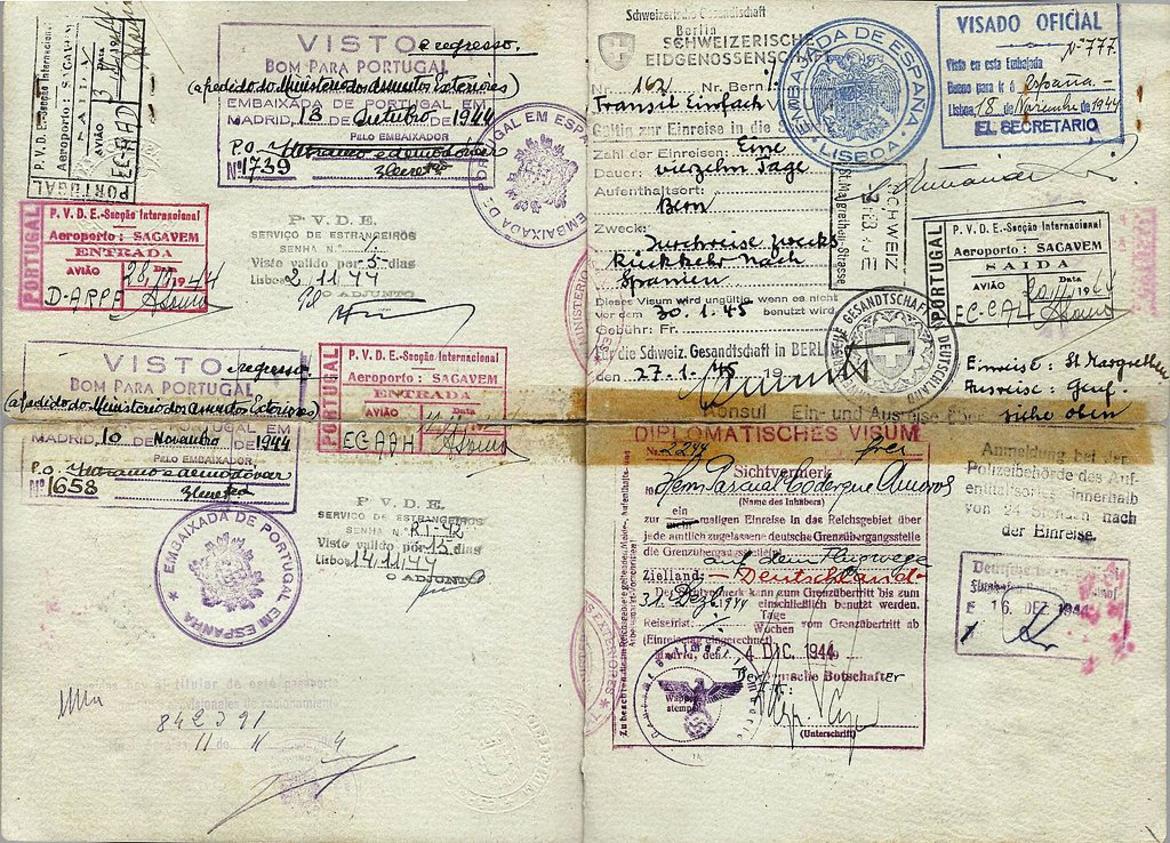 How to evaluate travel freedom around the world? One of the most widely used measures of global access is provided by Henley & Partners’ (H&P) Passport Index . As of 2019, the Passport Index ranks 199 countries on a single scale, according to the level of access their passports provide to other countries. H&P’s Passport Index is based on data by the International Air Transport Authority (IATA) and it has been released annually since 2006. Even if it is not the only passport ranking in existence, H&P's index is one of the key references in the field.

How the ranking works

According to H&P’s methodology , the score of each country depends on the number of destinations for which no visa is required. For each visa-free destination, a value of 1 is assigned to the country of departure. On the other hand, whenever a visa or government-approved e-visa is required, the country in question receives a value of zero. Likewise, a “null score” is assigned when “passport holders need pre-departure government approval for a visa on arrival”.

Specifically, the following visa scenarios can apply to a country:

Along with H&P’s Passport Index is their Global Mobility Report , providing qualitative insights into the current state of travel freedom around the world. According to professors Ugur Altundal (Syracuse University) and Omer Zarpli (University of Pittsburgh), who both contributed to the report, since the mid-2000s “travel freedom has expanded precipitously thanks to the rising number of bilateral visa-waiver agreements and unilateral decisions implemented by governments”.

According to the professors, “If in 2006, a citizen, on average, could travel to 58 destinations without needing a visa from the host nation, by 2018, this number had nearly doubled to 107”.

Taking a closer look at the data concerning the past few years, the report shows how, at the global level, Asian nations have been gaining ground in the H&P's Passport Index . In the words of Dominic Volek (Managing Partner, Member of the Management Board, and Head of Southeast Asia at Henley & Partners), Japan (holding the first position in 2019) and Singapore appear to be “blazing the trail for other peaceful commercial powers in the region, such as South Korea”.

“EU nations became conspicuous by their lack of activity in the visa-waiver sphere”, Volek writes. Crucially, the relative immobility of EU nations on the Passport Index in 2018 can be attributed to the “current political climate in the region, with a growing anti-immigration sentiment peppering the debates taking place in many EU member states”. That said, European countries still hold a strong footing overall, holding some of the most “powerful” passports in the world. Indeed, France and Germany come third in the global ranking in 2019. More generally, the 28 EU member states are all within the top 20 (the index allows equal placing). To illustrate both of these trends (strong passports and reduced mobility), we created an arrow-chart (figure 1) based on H&P’s Passport Index data from 2015 and 2019.

The chart highlights how, between 2015 and 2019, countries in the Baltic region are the only EU member states who have been “climbing” the global ranking. As for the other member states, they all have fallen in the ranking, except for France, Greece, Czechia and Slovenia.

One of the most striking aspects of the latest data is the abrupt descent of the United Kingdom. After all, it was only back in 2015 when the UK topped ranking. Sally Everett , professor of Business Education at King’s College London, has written about this topic in The Conversation . VoxEurop asked Everett for her interpretation of the data: "The fall in the UK’s global passport rankings is hardly a surprise given Brexit”, she said. Furthermore, “Concerns will only intensify now that Boris Johnson is Prime Minister. Data reflects the inevitable loss of value and status (and power) of the UK passport in terms of its reputation in a global travel market. Brexit will dramatically weaken (and already is weakening) the strength and status of a UK passport and will compromise the current freedoms enjoyed by UK passport holders". Crucially, "The upsurge in people seeking Irish passports and other dual nationality travel documents illustrates the concerns people have about reduced levels of mobility for UK citizens following Brexit and the rankings are seeing this play out”. Figure 2 depicts the number of first-time applications for Irish passports from Great Britain between 2014 and June 2019.

The chart provides a different perspective on the data, with Eastern and Baltic countries catching up with the rest of Central and Western Europe. As in the previous chart, the UK’s decline stands out. It is also worth noting that Spain and Austria gained a position at the expense of the Netherlands and Belgium.

Freedom of movement and democracy

Returning to global trends and dynamics, an interesting trend that emerges from the H&P's Global Mobility Report concerns the relationship between countries’ “mobility” and “democracy” scores. Professors Altundal and Zarpli claim that “the number of visa-free destinations held by a sender country has a positive and statistically significant, albeit non-linear, effect on that country’s democracy score”. Crucially, though counter-intuitively, this does not hold true the other way round: “visa-free scores are not affected by changes in the relative democracy scores”. Why would this be the case? The professors provide a set of possible explanations for the correlation.

First of all, if it is true that democratic practices and processes are “contagious”, then cross-border interactions due to visa-free travel could foster “learning processes”. Secondly, the more people are exposed to different cultures (and travel), the more likely it becomes that tolerant perspectives towards minorities and differences take hold in home countries. Thirdly, visa-liberalisation “can facilitate cooperation between civil society groups and NGOs, including those that specialize in democracy promotion”. Last but not least, enhanced mobility boosts academic collaboration and transnational programmes. In turn, “foreign-educated individuals have a positive impact on a country’s democracy, especially when they study in democratic countries”.