How many Ukrainian refugees are there in the European Union – and where?

Since the beginning of the war, many Ukrainians – but also Russians – have been seeking refuge in the countries of the European Union. Where are they going, and which are the countries that already hosted the largest Ukrainian communities? 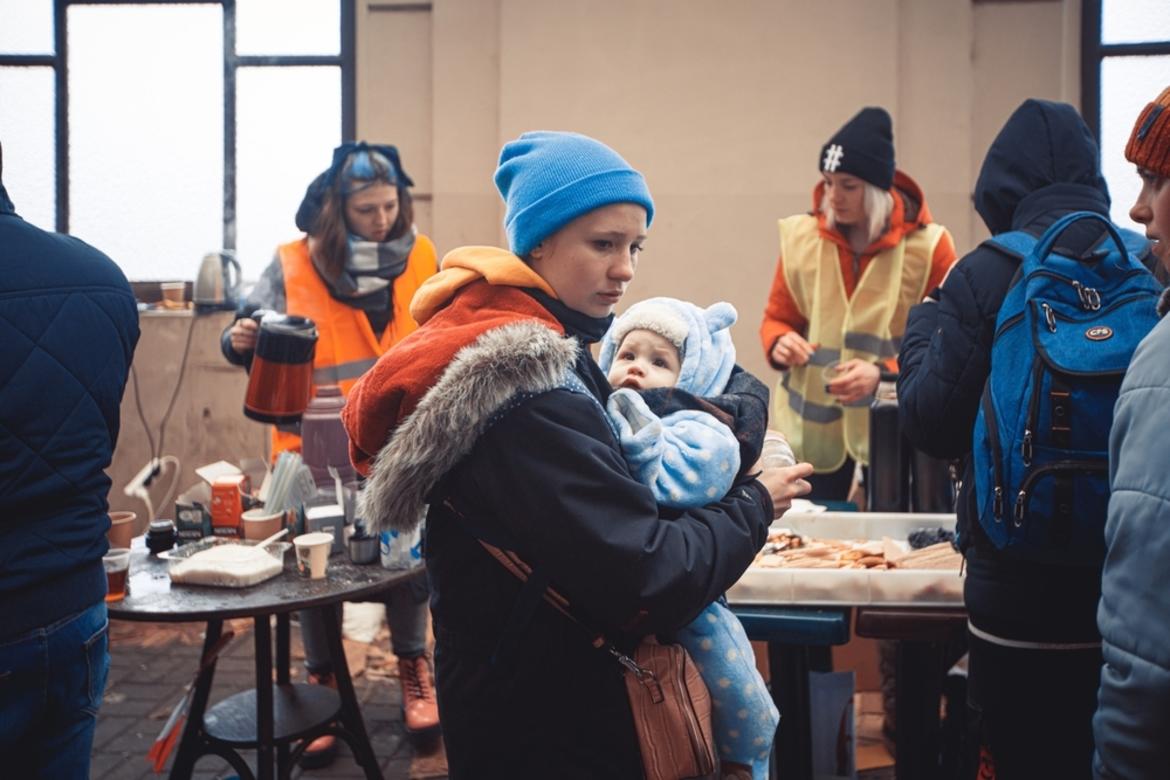 Since the start of the war, according to the UNHCR, over 5 million people  have fled Ukraine, in addition to the over 7 million  internally displaced persons estimated by the International Organization for Migration (IOM) as of 5 April. These figures – and the desire to express solidarity with Ukraine – have prompted the European Union to adopt simplified procedures  for the reception of the many people who are pouring towards its borders.

But which countries are welcoming the many refugees fleeing the bombing by Putin's Russia? UNHCR only reports data on arrivals in countries bordering Ukraine: Poland, Hungary, Romania, Moldova, and Slovakia as well as Russia and Belarus. Of these, Poland is the country that has so far welcomed the highest number of Ukrainian refugees: almost 3 million, which is more than half of the total. But not all refugees stop in the first country they reach: many try to reach family members or acquaintances who already live elsewhere.

Some of the EU countries not bordering Ukraine have begun to communicate data relating to the arrivals of Ukrainian refugees, even if, given the fluidity of the situation, these are only indicative. The German Interior Ministry reports that almost 380,000  Ukrainian refugees had reached Germany as of April 25, of which, according to a survey by the Ministry itself, about 85% are women, more than half of them with children. On the other hand, the Ukrainians who entered Italy have recently exceeded 100,000 : just over half are women and about 36,000 minors. The governments of Spain , Lithuania , Bulgaria , the Netherlands , and Estonia  also provide some information through official web pages that are periodically updated, while others publish updates through their social channels.

Where were Ukrainians abroad before the war?

To draw a more complete picture of the situation and try to imagine where at least some of the refugees might want to go, we looked at how many Ukrainians were already present in the countries of the European Union before the outbreak of the war. According to UN estimates , in 2019 three countries hosted almost 60% of the approximately 1.2 million Ukrainians present in the EU at the time. These were Italy, Germany, and Poland, where 246,000, 241,500, and 218,700 Ukrainian citizens respectively resided. In Italy and Germany, Ukrainians made up 3.9% and 1.8% of the total number of foreigners residing in the territory, while in Poland this percentage was much higher: 33%.

The Ukrainian community in Poland is by far the most populous community of foreigners in the country. This data may partially explain why so many Ukrainians have sought refuge in Poland, in addition to purely geographical reasons. Ukrainians were also numerous among immigrant communities residing in other Eastern European countries as well, but none came close to the numbers recorded in Poland.

Looking at the gender distribution, in the countries with the largest Ukrainian communities there is a recurring trend: women are almost always in the majority compared to men. In 2019, the percentage of Ukrainians out of the total of Ukrainian residents reached almost 80% in Italy, while in Germany and Poland it stood at 60%.

The other refugees from Russian-speaking countries

With the Russian invasion of Crimea and the Donbass in 2014, Ukrainians had already begun to leave their country, albeit in much lower numbers than those recorded in recent weeks. But the escalation of authoritarianism and government violence in Russia and Belarus in recent years has also prompted many inhabitants of those countries to seek refuge in the European Union.

As can be seen from the graph above, prior to 2014, it was almost exclusively the Russians who sought asylum in the European Union. After a peak in 2014 and 2017, asylum applications by the latter have at least temporarily decreased. Following the repression of protests against the Lukashenko regime in 2021, there was also a surge in asylum applications in Poland by Belarusians, overwhelmingly accepted.

On the run from Putin's Russia

In the weeks following the invasion of Ukraine and Putin’s crackdown on internal dissent, Russia is experiencing what Deutsche Welle called “the largest exodus since the October revolution of 1917” . Nothing compared to the figures recorded among the Ukrainians, but it is estimated that in the first 10 days of the war around 200,000  Russians fled the country. These are mainly highly skilled workers, such as academics and computer scientists, but also journalists and artists who risk arrest as critics of the war, or simply because they talk about it. Others are fleeing the devastating effects of the sanctions implemented by Western governments against Russia. There are no official public figures yet, but the numbers and testimonies collected by supranational bodies, NGOs, and newspapers speak of a refugee crisis with very few precedents in contemporary European history.