How gender balanced will the next European Parliament be?

Will parties run enough women, and will they be placed in electable positions on electoral lists? Besides electoral systems, determination and concrete action are required to incentivise female representation. Let’s take a look at where we are now, with the numbers in hand. 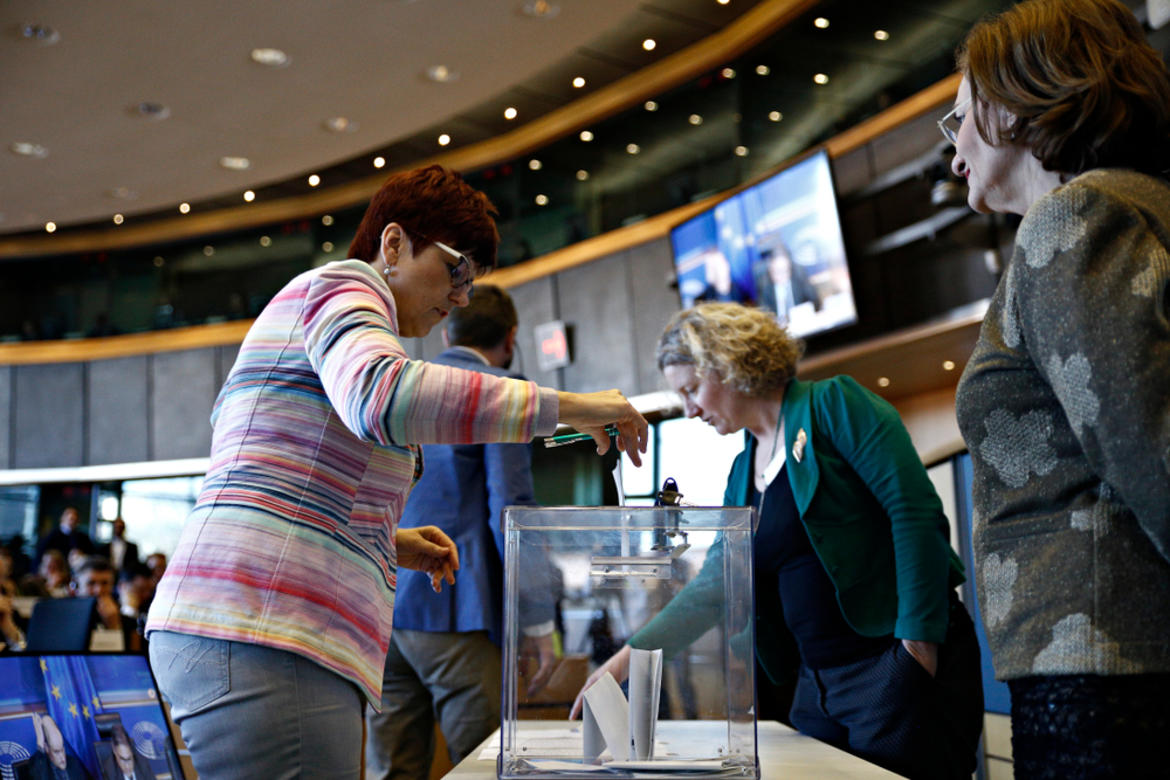 How will the next European Parliament be composed? How many women will there be, and how many will occupy positions of power? During the campaign period, it is common to see hypotheses and projections: like this one , for example, published last month and produced by the Parliament’s own Public Opinion Monitoring Unit.

On the other hand, the potential level of diversity and inclusion in the new parliament is given much less consideration: usually this is only given much thought after the ballots have closed. It is not, however, a minor question, and European institutions provide information and recommendations concerning the promotion of gender parity in the next elections, in a report published by the European Parliament’s Department for Citizens’ Rights and Constitutional Affairs.

At this stage, much is in the hands of the political parties. The electoral system, combined with rules for the presentation of electoral lists and choices made by the parties themselves, are determining factors. For obvious reasons, this is especially true for electoral systems which elect MEPs through closed lists. However, as the report explains, in more “open” systems too, where electors can express their preference for individual candidates,”parties’ recruitment strategies, selection processes, and other aspects of practice and culture significantly affect both supply of and demand for women candidates”.

To reach gender parity, women should hold 50% of seats and positions of power. However, a ratio between 40 and 60 percent is considered acceptable, according to the goal set by the European Institute for Gender Equality (EIGE ). In 2014, in the just established parliament, 11 countries of 28 reached this goal in their own quota of elected candidates.

While nine EU countries there are mechanisms in place to facilitate female representation, only in four of these countries do women exceed 40% of elected candidates. On the other hand, in eight countries this goal was reached despite the absence of such systems.

Among the actions recommended by the Parliament are gender quotas (within each list, women should account for at least half of all candidates), and equal positioning on lists (for example, alternating positions between women and men). Appropriate sanctions are also considered – that is, the rejection of electoral lists, rather than financial penalties. These are mechanisms which at the national level seem to produce the desired results.

But there are other angles from which to view the insufficient representation of women: self-exclusion, widespread hostility, sexism and stereotypes in the media, and – perhaps above all – unwillingness on the part of political organisations to foster female talent. For this reason, many of the report’s recommendations are not just technical, but also “social”. For example, among the practices recommended by the European Parliament are training, networking and tutoring, to support and encourage candidacy. According to the report, Spain and Poland are the countries where such action is most lacking. On the level of formal and informal networks within political parties, women find themselves in a particularly poor position: a study from 2015 highlights the fact that just 13% of party secretaries throughout the European Union are women.

The question of finance is of no small importance. Since, economically speaking, women tend to have a disadvantage compared to men, they often have fewer resources to support an electoral campaign.

However, as the European Parliament report argues, “equal presence does not mean equal power”. How does the situation look in the upper echelons of power? What about Parliament appointees, and ministerial positions?

“Once elected, women face the highly gendered power dynamic of the political system”, reads the Parliament’s report, where it is stressed that an equal representation of women and men is a necessary but insufficient condition for genuine equality in politics.

In fact, only two of the European Parliament political groups - the greens and radical left (Greens/EFA and GUE/NGL ) - have a female chair or co-chair, out of a total of 11 positions of this type. In the Bureau , on the other hand, 7 out of 20 positions are occupied by women, with 5 women vice-presidents out of 14, and 2 women quaestors out of 5. Things look better in the parliamentary committees, with half presided by women. These numbers come from official data, reported in “Women in The European Parliament ”.

If we look at other European institutions, the situation is no better: out of 246 top positions reported in the study, only 57 (23.2%) are held by women. “It is particularly striking how low the proportion is of women at Director General or Head of Service level (or equivalent) within the 53 Directorate Generals of the European Commission, at only 26%”, notes the previously cited report. Without a doubt, the financial institutions figure among the most unequal in terms of gender parity: only 8% of senior positions in the governing council of the European Central Bank are occupied by women, and 14% on the board of the European Investment Bank.