How effective is the Slovenian railway network compared to the rest of the EU?

EDJNet's large investigation on trains in Europe compared the accessibility of train stations, the price of tickets and the speed of train travel. Slovenia performs well in terms of accessibility and price, and much worse in average speed. 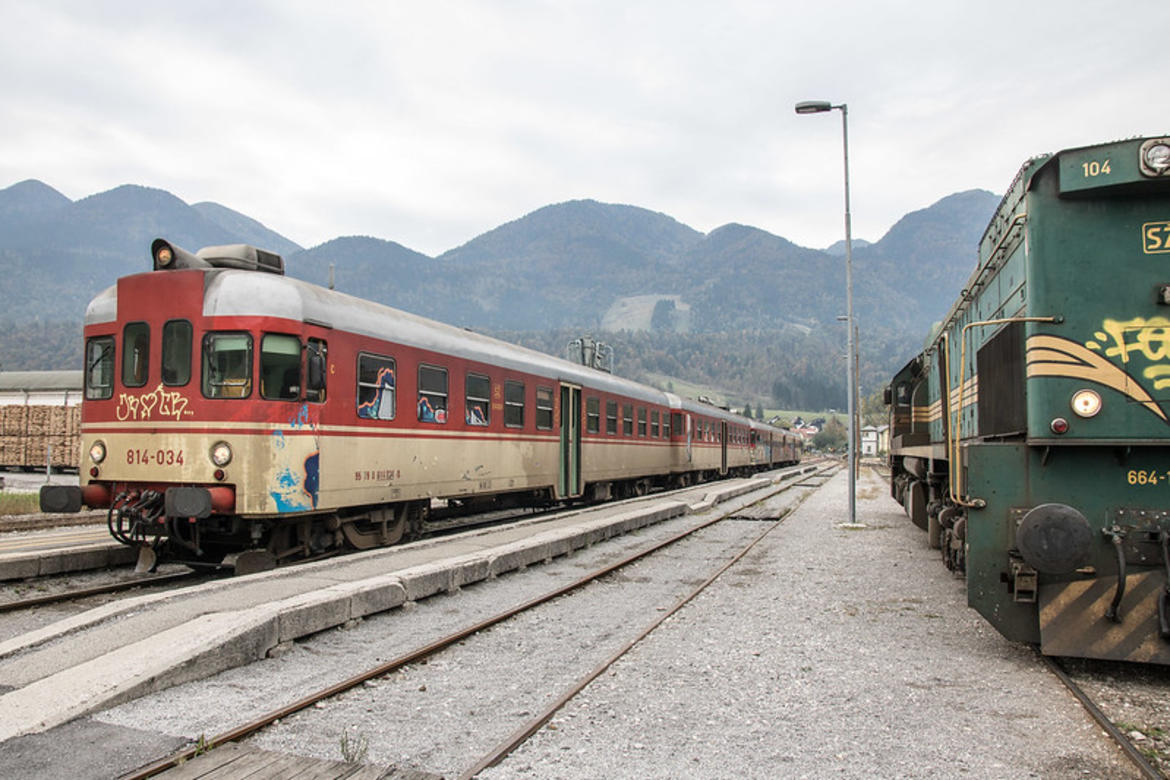 The popularity of train travel in the European Union has been constantly increasing in recent years. According to Eurostat statistics, trains carried at least 2.4 billion passengers in the EU in the second quarter of 2019. One of the reasons for the increasing number of passengers could be the increased environmental awareness of the European population. Due to climate change, member states are likely to further promote train travel in the future.

However, Slovenia has a problem. Unlike the rest of the European Union, the number of passengers has been declining in Slovenia in recent years. If almost 16 million passengers traveled by train according to Eurostat in 2009, this number dropped to only 13 million in 2018.

What is the reason? Experts draw attention to several causes or obstacles that prevent people from traveling by train. Researchers at the University of Southampton identified 73 such obstacles in 2012 that discourage individuals from traveling by train. They were divided into hard, soft and complementary obstacles. Hard obstacles can be measurable and affect all passengers, while soft and complementary obstacles are issues of each individual person.

EDJNet's large investigation on trains has studied in great detail some solid obstacles when traveling by train. We wanted to know how accessible are train stations to the residents in different countries in the European Union, what is the price of tickets compared to the income of residents in each country, as well as how quickly passengers can travel by train compared to car.

EDJNet's investigation gathered information on the location of train stations in 16 EU member states. The investigation considered only the stations from which a passenger could travel to the capital city by train – even if he or she had to change the train. Those stations from which passengers cannot travel to the capital by train were not taken into account – for example, those where passengers would have to make part of the journey by bus.

A comparison by Slovenian regions was also made. Train stations are the closest to the population in the central Slovene region. The inhabitants of the Dolenjska region have to travel the longest to get to the stations – the average distance a person has to travel to the station there is more than 8 kilometers.

Another important obstacle when travelling by train is the cost of price tickets in relation to the quality of the service, e.g. the speed of travel. If tickets are relatively inexpensive in Slovenia, the average train speed is quite low.

EDJNet's investigation collected data on over 8000 ticket prices and travel times for 73 representative routes within the EU. For these routes, the train is faster than the car in 35 cases. As a rule, train travel is faster on longer routes and slower on shorter ones.

The ticket price was calculated as a percentage of the median disposable monthly income of the individual in each country. The cheapest regular ticket price per route was taken into account (i.e. without youth or retired discounts, etc.). Based on this approach, it appears that tickets are generally more expensive in terms of income in poorer countries.

In the project, the routes were divided into long, medium and short ones. Then one representative route for each group was selected for each country – if such a route existed. Due to the small size of the country, there are no long routes in Slovenia. Therefore, only medium and short distances could be compared.

The route from Ljubljana to Maribor was taken as an example of a medium distance route. Given the price of the ticket, Slovenia is quite cheap compared to other countries as far as medium distances are concerned. A ticket from Ljubljana to Maribor costs 0.9 percent of the median disposable monthly income of a Slovene individual. In Spain, for example, a passenger would pay twice as much for a similar distance.

The situation is quite different when the speed of train travel is compared. If a car drive from Madrid to Cuenca would take about 100 minutes, it would take less than an hour by train. A journey from Ljubljana to Maribor takes about an hour and a half by car – but two and a half hours by train.

On medium routes, the train appears to be slower than the car only in Croatia and Slovenia. For instance, the route between Zagreb and Osijek takes about 160 minutes by car and more than 280 minutes by train.

If short distances covered by train in Slovenia are relatively cheap, the duration of the journey is a problem. It would take about 40 minutes to go from Maribor to Celje by car; it would take more than one hour by train. The train is slower than the car only on a handful of short routes included in EDJNet's analysis, such as the Cannes-Menton, Limerick-Galway and Zagreb-Varaždin routes. The latter shows the greatest difference, as the journey between Zagreb and Varaždin takes about an hour by car and it takes almost three hours by train.