How "big tech" influence electoral processes and why transparency is essential

Over the years, Big Tech companies have morphed from mere platforms to major international players with vested financial and political motives and connections. Their roles in influencing elections in Europe must be seriously addressed. 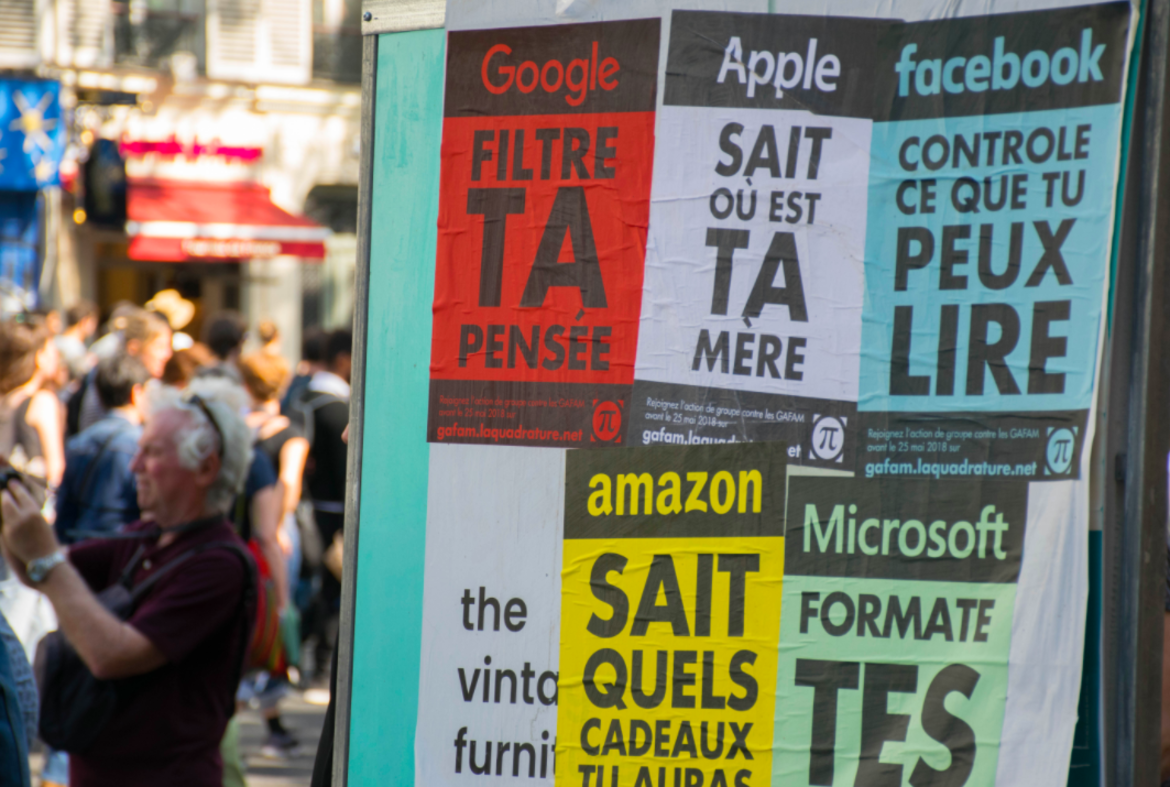 On 15 December, the European Commission presented the Digital Services Act . Among many other changes to the online market, it seeks to provide more transparency over algorithms due to their currently opaque nature.

According to the proposed act, national supervisory authorities should have access to the software documentation and datasets of algorithms under review, while said algorithms should be presented in a “concise, transparent, intelligible and easily accessible form, using clear and plain language” to the public.

This transparency should also apply to the Big Tech platforms’ algorithms that manage messages inviting users to adopt a certain behaviour on the eve of or during elections. Such messages can have important consequences for democratic processes. While in the United States, the role of Big Tech has come under intense scrutiny in recent years, the very same companies who now play such a prominent part in shaping public opinion are also having a say on European elections in ways that are far from transparent.

Far from the free and open platforms they were upon their inception, Big Tech companies and social networks have risen to an unprecedented level of power from which they play an active role in politics through vested financial and political motives, exerting influence through algorithmic alterations, subjective censorship and calls to action on their platforms.

Facebook ran one of the largest human experiments in history on the day of the 2010 US congressional elections, sending out vote reminders to 61 million users, roughly a quarter of the country’s population. The results of this operation were released in 2012, in a report titled ‘A 61-Million-Person Experiment in Social Influence and Political Mobilization ’. It revealed that ‘vote buttons’ helped create 340,000 new voters, and showed that around 20 per cent of the users who saw that their friends had voted also clicked on the “I Voted” button, compared to 18 per cent of the people who didn’t see the same message from their friends.

As the study noted, this equates to 0.14 per cent of the total voting-age population in 2010. Considering that overall turnout rose from 37.2 per cent in 2006 to 37.8 per cent in 2010 (both off-year and non-presidential elections) Facebook scientists maintained that “it is possible that more of the 0.6 per cent growth in turnout between 2006 and 2010 might have been caused by a single message on Facebook”.

The vote button appears above the newsfeeds days ahead of votes exclaiming: ‘It’s Referendum Day’ or ‘Today is Election Day’ with an option to share the fact that you had voted. Yet Facebook does not disclose to how many people the reminder was sent to and along which criteria.

It was first seen in Europe ahead of the Scottish independence referendum in 2014, followed by the Irish referendum in 2015 and the UK election later that year. It was also deployed on the occasion of the 2016 Brexit referendum, in Iceland’s 2017 parliamentary elections and in Germany’s 2017 federal elections.

This is essentially election interference from a foreign actor with virtually no transparency, and no explanation on its purpose in doing so. One might say that Facebook wants to foster civil participation in the democratic process, but the company has never said it openly. “There has never before been so much power in the hands of a single company,” said Ingrid Brodnig – Austrian digital ambassador to the EU – about Facebook’s ability to sway votes.

In July 2020, Facebook announced that everyone of voting age in the United States would be receiving voting information from the giant as part of its aim to create four million people to sign up or vote or, according to the company's statement, to “double the two million people we helped register in both 2016 and 2018”.

Facebook's lack of transparency about when and to whom the call to vote is deployed is troubling, yet from previously denying its use, Facebook has admitted it has been introduced in European elections and has not made any indication that it will either update or remove this action.

A study carried out by Senior Research Psychologist at the American Institute for Behavioural Research and Technology, Dr. Robert Epstein, lifted the lid on Google’s search algorithm manipulation, showing the tech giant’s ability to sway votes in elections across the world. Epstein deduced that Google can easily shift the voting preferences of some 20 per cent of undecided voters and up to 80 per cent in certain demographic groups without one knowing they are being manipulated, by guiding voters to favourable articles and information on particular candidates, as well as through its own calls to action.

Epstein found, given that many elections are won by small margins, that this gives Google the power to flip upwards of 25 per cent of the national elections worldwide.

Furthermore, in the 2018 US midterms, Google applied the ‘Go Vote’ button to its homepage and on its subsidiary YouTube. Experiments run by Epstein and his associates found election-related searches to consistently favour certain ideologies and candidates which could have swayed upwards of 78.2 million votes.

Google’s manipulation of search results is nothing new. In fact, in 2017, the European Union imposed a 2.4 billion euro fine on the tech giant for tailoring results to favour its own comparison shopping service. The Commission came to this conclusion after analysing 1.7 billion real Google search queries, some 5.2 terabytes of data, and finding that, on average, the company placed results from competing online shopping services only on the fourth page of its results.

In a hearing before the US Senate in November, Mark Zuckerberg was pressed on his knowledge of an internal company tool named Centra by constitutional lawyer Josh Hawley, who had received evidence from a whistleblower who detailed how Twitter and Google would routinely coordinate through the platform to collectively censor topics, hashtags, individuals and websites, with Facebook logging them for follow-ups on tasks.

The matter of being ‘private’ companies is often the first line of defence as an acceptable reason for these actions, although it is hard to still allow this to be a suitable justification given their supranational power and monopolistic control over their fields. These companies have morphed into major voices in the world of politics – publishers rather than platforms.

Given that these subtle alterations can prove decisive on the outcome of elections, without users even being aware that they are happening, there is concern that these same patterns observed in the US could just as easily be replicated in Europe.

An analysis by WIRED found that 95 per cent of election contributions from employees of the top six Big Tech companies – Alphabet, Amazon, Apple, Facebook, Microsoft, and Oracle – went to US Democratic presidential candidate Joe Biden as since the beginning of 2019. According to data released by the Federal Election Commission, 4,787,752 dollars went to Biden and just 239,527 dollars to Trump, nearly 20 times less. Employees of Alphabet, parent company of Google, account for 1.8 million dollars, or one third, of the amount raised by those six tech giants which collectively exceeded contributions from any other company.

Furthermore, the allegations of Russia playing a part in the 2016 US election result in favour of Donald Trump led to Google’s algorithmic shift to push ‘authoritative sources’ – otherwise known as mainstream outlets – to the top of its search engine results. All of this served to conform the flow of information. It is these very sources which feature most prominently on Facebook's and Instagram’s Voting Information Centres, which have been visited by an estimated 39 million people by September 21 ahead of the 2020 vote.

Also in response to Russiagate , Facebook announced its partnership with arguably the most influential geopolitical think tank, the Atlantic Council , in order to “ensure the safeguard of democracy around the world” and to combat ‘fake news’, yet the sponsors of the latter organisation – including weapons manufacturers, major oil companies and the US State Department – and directors – including former CIA directors and US secretaries of state – rose concern that the world’s biggest social network could reflect, to some degree, the intentions of this group. Such concerns are justified when, shortly after this partnership was made, Facebook purged over 500 large independent pages of outlets which held a predominantly anti-war narrative.

The same can be said about Facebook’s Oversight Board, created last May, which is now responsible for deeming which posts should be censored from Facebook and Instagram, with the ability to even overrule founder Mark Zuckerberg. While the board prides itself on its diversity of ethnicity and race, there is little to no diversity of political opinion.

The European Union has long felt exempt from such influence over its elections, yet its traditionally strict laws on Big Tech have long been eroding through the vast increase of lobbying expenditure in EU institutions which has earned these companies favourable legislation and seats at the most important tables in European policy-making, while massive direct investments in member states have bought immunity from investigation.

With clear political and financial motives backed by algorithmic precision, coupled with a near monopolistic control over their fields and a lack of transparency, there is an urgent need to raise alarm over Big Tech’s influence over the European electorate. In theory, the Digital Services Act’s provisions are a correct step forward, yet – as seen with other areas that concern the investigation and scrutiny of the actions of Big Tech – it remains to be seen whether they will be implemented in practice.