How Bolivia and Rwanda leave the German Bundestag in the dust

The new Bundestag is fairly average – at least as far as the proportion of women and young MPs is concerned. An international comparison shows that, elsewhere, things are done differently. 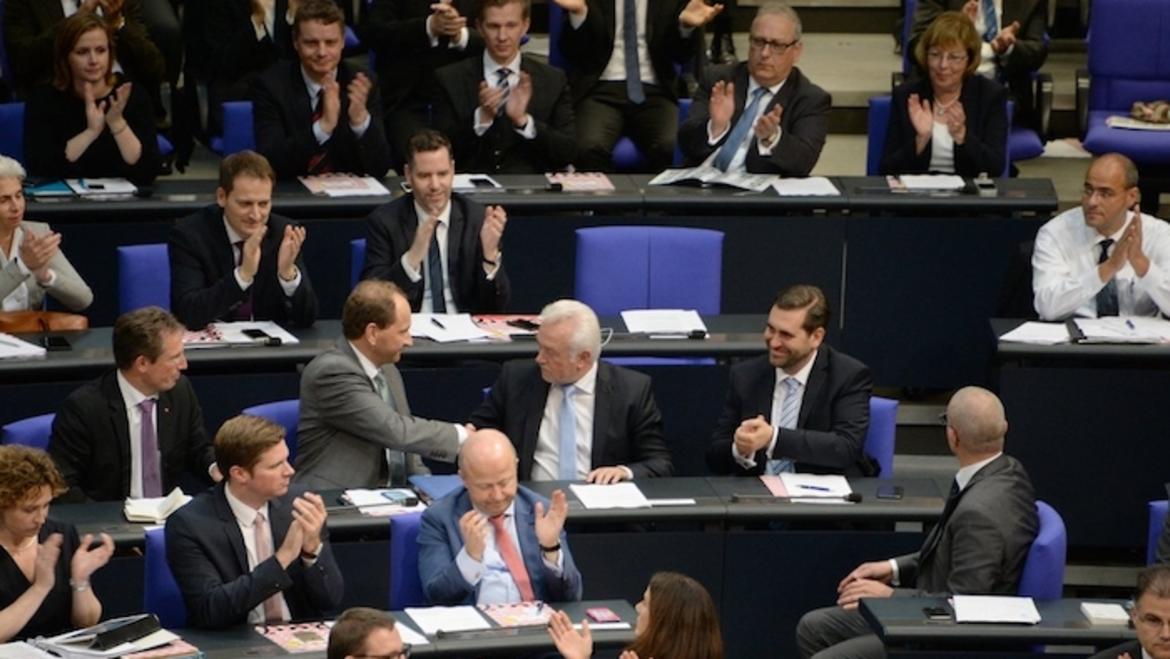 Under the dome of the Reichstag, the new Bundestag met for the first time on October 24th 2017. The parliament is not only bigger, it is also more male than in the past legislative period: of the 709 MPs, there are now 218 women – around 31%. This figure puts Germany in ‘good’ company: men have a large majority in parliaments virtually everywhere in the world.

Sweden and Rwanda lead the way

The north of Europe shows that things can be different, however. Sweden is in many respects the frontrunner when it comes to equal rights. It is certainly true for its parliament: figures from the International Parliamentary Union (IPU) show 46% of MPs are currently women. Neighbouring Finland was one of the first countries to give women the vote and to allow them to stand as candidates – 42% of MPs there are now women.

Bringing up the rear are Kuwait and Japan. In Europe, Hungary is right at the bottom, with not even ten percent. It is followed by Cyprus and Latvia.

Rwanda is a global outlier: it is the land with the highest share of women and, apart from Bolivia, the only country that has more female than male MPs. The east-African country is so far ahead thanks to its unusual history. During the 1994 genocide, many leading politicians were killed. Overall, the male share of the population fell, with important roles in public life being handed over to women.

In 2003, Rwanda introduced quotas: at least 30% of all seats in legislative institutions must be reserved for female representatives. At 61% of the country’s parliament, there are currently a little more than twice as many women. In Bolivia, the law states that half of all candidates must be women.

The IPU’s survey shows that in the last two decades, the number of female MPs has steadily risen worldwide. Quotas, like in Rwanda, have often played a part. But they are often non-binding, non-compliance is barely punished, or only a few parties have voluntarily introduced them.

Europe’s parliaments are institutions for the over-40s

When it comes to comparing age, things in Germany have shifted, but not by much. The average age after this election has gone down from 49.7 to 49.4 years old. Over the past few legislative periods, the Bundestag has actually got older. As a comparison: in 1990, MPs had an average age of 48.7.

The Bundestag is significantly younger than parliaments in countries like Luxembourg and Latvia, whose MPs have an average age of well over 50 years old. The same applies for Cyprus, where the gap between MPs and the general population is particularly wide.

In our European comparison, MPs in the Netherlands are on average the youngest, with an average age of 45. Norway and Romania follow – with 46.

The clash of the generations

After the Brexit referendum, there was much discussion in the UK about the voting patterns of different age groups: the deciding vote for leaving the EU came from older voters. And the House of Commons, Britain’s lower house, is also dominated by older people: the average age is around 51 years old.

The UK is also home to the oldest MP in the 23 European countries examined by Spiegel Online: 85 year-old Dennis Skinner. But it also has Mhari Black, who at 23 is one of the youngest members in our European comparison. That is not enough for first place, however. Norwegian MP Freddy André Øvstegård will only be 23 years old on 20 December.

How we did it:

The population pyramids show the distribution of a country’s population and MPs according to gender and age group. The data on MPs’ gender and age come from EveryPolitician.org, the official websites of parliaments, and – in Germany’s case – from the Federal Returning Officer. They refer in each case to the make-up of the current legislature.

If a country has two parliamentary chambers, we examined only the one that contains directly elected representatives – in general the lower house.

In our European comparison, we could not examine countries that were missing data on MPs’ gender and/or the year of birth. Austria and the Czech Republic were not included, because the final composition of their parliaments has not yet been determined following their recent elections.

The data on gender and age groups for the general population come from Eurostat.