Half a century of vaccinations gone wasted

In terms of the number of people vaccinated against measles, Europeans are already below the safety limit. 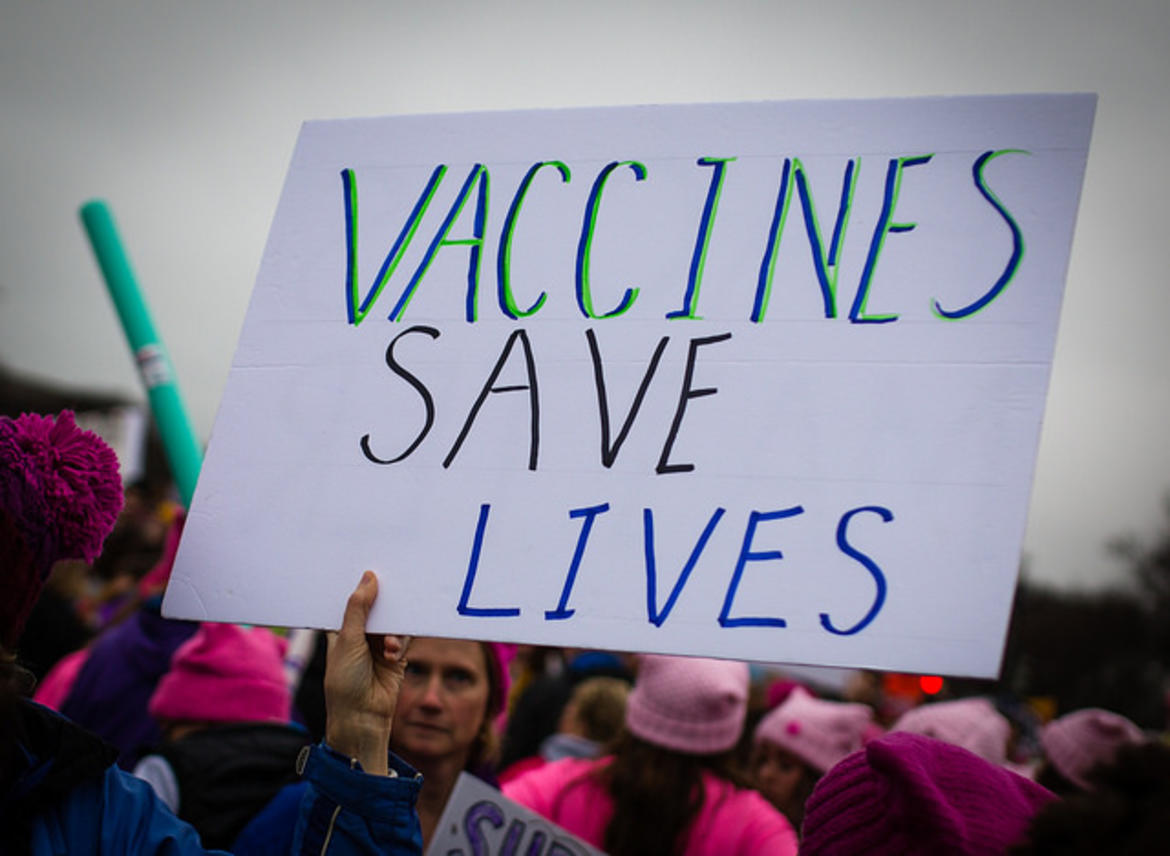 WHO requires the vaccination of at least 95 per cent of the population for community resistance to be preserved, offering protection also to people without resistance to a given disease. These are primarily people who have not been vaccinated because of medical contraindications. Only in five countries of the European Union is over 95 per cent of the population vaccinated with two doses. Thus, in Poland for example, where vaccination against measles is mandatory, there were 34,000 refusals to vaccinate in the first half of this year, that is more than in the whole of the previous year.  There have been almost 140,000 instances where Polish parents refused to vaccinate their child over the past eight years.

The average level of immunisation for the EU as a whole is less than 94 per cent, with Romania (87 per cent), Croatia (89 per cent) and Malta (91 per cent) at the bottom of the list.

Where vaccinations are compulsory in Europe

France has the youngest age for vaccination against measles - babies are vaccinated at six months old. In a dozen or so European countries the measles vaccine is not obligatory. In Germany, for example, parents can decide whether to vaccinate a child or not. Even so, 97 per cent opt for immunisation. Measles is an infectious disease that spreads very easily. Statistically, one patient can infect as many as a dozen people. It is the most dangerous for children under 5 years of age and for the elderly, and for all those who have not been given vaccinations because of other chronic diseases.

Vaccination against rubella is obligatory in France, Bulgaria and Poland, amongst others. At nine months old, Austrian infants are the youngest to receive the first dose of the vaccine, although vaccination is not obligatory there.

Vaccinations against whooping cough are compulsory in 10 EU countries. The first dose of the vaccination is given to children before they are 3 months old, the earliest in the Netherlands: as early as 1 month old.

Vaccination against mumps is usually given along with a dose against measles and rubella. Possible complications after an infection include meningitis, pancreatitis, and even myocardial infarction or damage to the auditory nerve.

What do Europeans think about vaccinations?

The European Commission has carried out a public opinion poll on vaccination this year.

Are vaccines important to my child? An average of 90 per cent of Europeans answered "Yes":  the highest figure being the Portuguese (98 per cent) and Finns (97per cent). Poles constituted the smallest percentage (76 per cent).

Are vaccinations safe? An average of 82 per cent of EU residents answered "Yes". Again, the great majority of Portuguese (95 per cent) agreed - but only 72 per cent of Poles.

Are the vaccinations effective? Over 90 per cent of Finns and Portuguese said "Yes". But only 75 per cent of Poles.

Are vaccinations consistent with my religion? Fifty-nine per cent of Poles said "yes", the lowest number in the entire EU. This could be the influence of the anti-inoculation movements' rhetoric (perhaps better described as pro-epidemic). One of the arguments repeated by their representatives is that vaccines are produced from aborted foetuses. Such nonsense is sometimes even repeated in churches.